Thunderstorms from the Lower Mississippi Valley into the Ohio Valley on Monday
An area of low pressure and cold front are expected to intensify over the Central Plains today and progress eastward. Thunderstorms will develop along and ahead of the front with some of these storms becoming supercells during the late afternoon and early evening. If these supercells remain isolated, there will be a potential for large hail, damaging winds, and tornadoes. Storms will continue moving eastward overnight and congeal into a line with damaging winds being the primary hazard.

Excessive Rainfall Monday from the Lower Mississippi Valley into the Ohio Valley
In addition to the severe weather described above, there will be a potential for excessive rainfall. Widespread rainfall amounts will range 1-2 inches with locally higher amounts in excess of 2.50 inches. Flooding and localized flash flooding are expected. 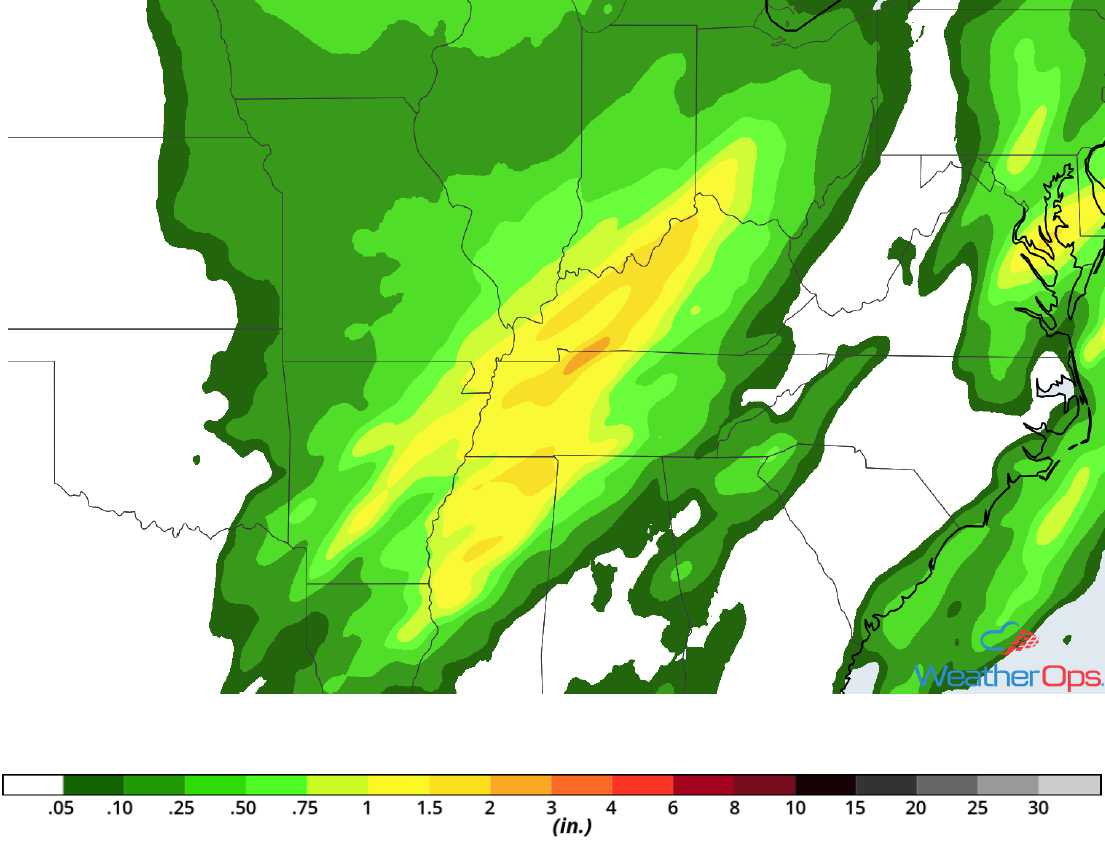 Snow for the Rockies on Monday
An area of low pressure will continue to promote snowfall across the Rockies with the heaviest snow ending this afternoon. Accumulations of 2-6 inches are forecast; combined with previous days' snowfall, totals in excess of a foot are expected in some areas. In addition, wind gusts in excess of 50 mph will cause limited visibilities and significant travel issues. 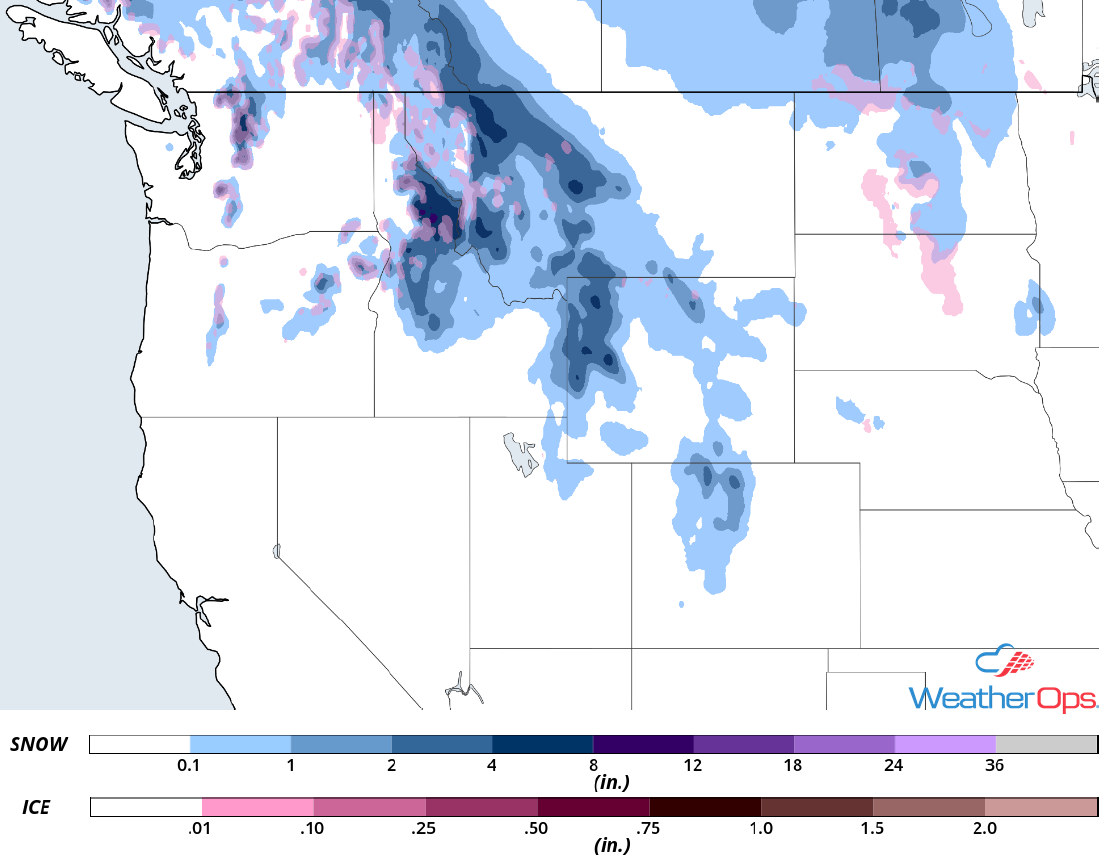 Potential for Thunderstorms from the Southeast into the Mid Atlantic on Tuesday
Showers and thunderstorms are expected to be ongoing along a frontal boundary progressing toward the East Coast Tuesday morning; these storms may produce strong winds. This activity may weaken some as it moves across the Appalachians, but there will be a risk for strong winds and possibly some embedded tornadoes. 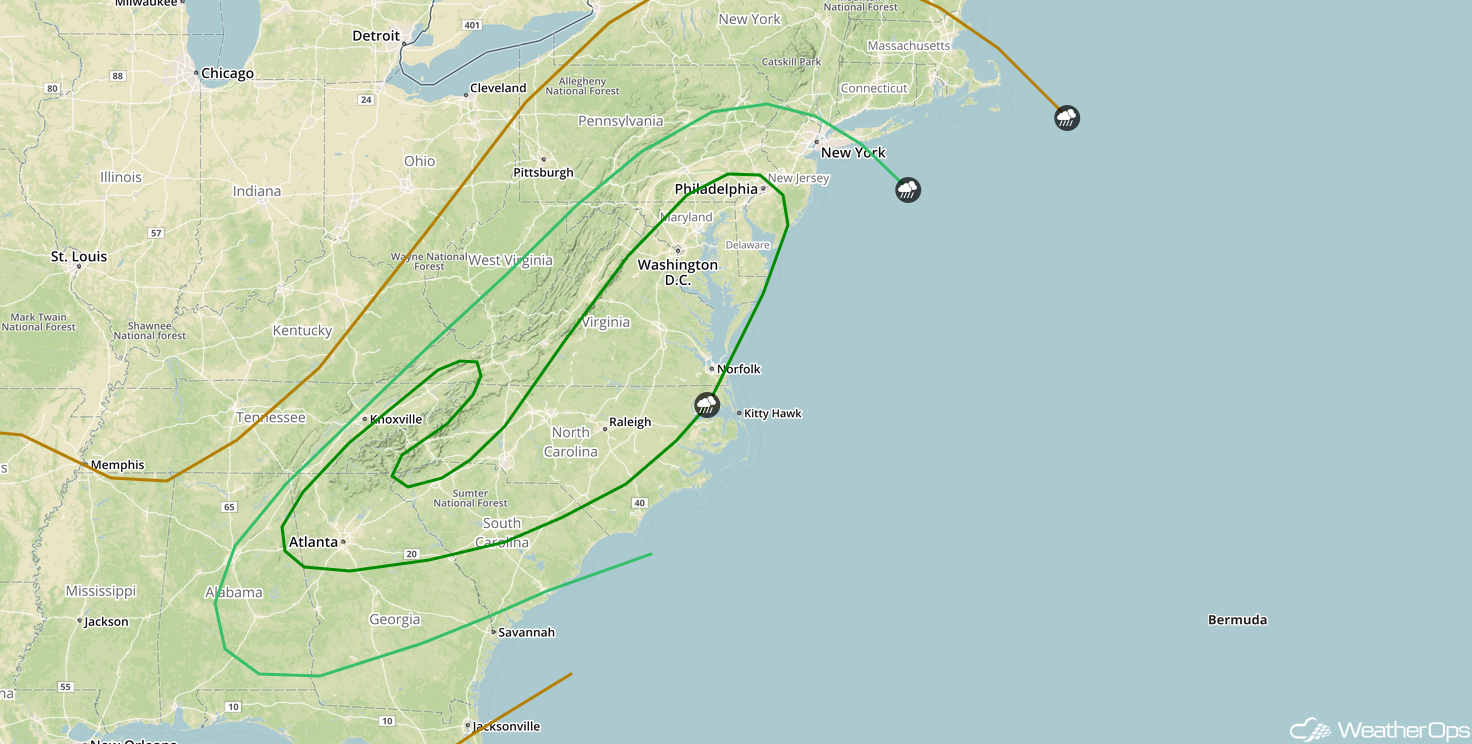 A Look Ahead
Light snow may develop across portions of Kansas and Nebraska on Thursday as an area of low pressure moves over the region. By Friday, snow will extend from the Great Lakes into the Ohio Valley. Going into the weekend, snow will move into the Northeast with heavy snow possible across Maine and New Hampshire on Saturday. Light snow may develop across the Great Lakes on Sunday.