An upper level system will move across the Rockies, allowing for moderate to heavy snow across portions of Colorado Monday into Tuesday. Further to the east, an area of low pressure will develop in the lee of the Rockies and move northeastward, bringing snow and some light icing to portions of the Northern Plains and Great Lakes. Snow will wind down across the Northeast early Tuesday morning as an area of low pressure departs the region. 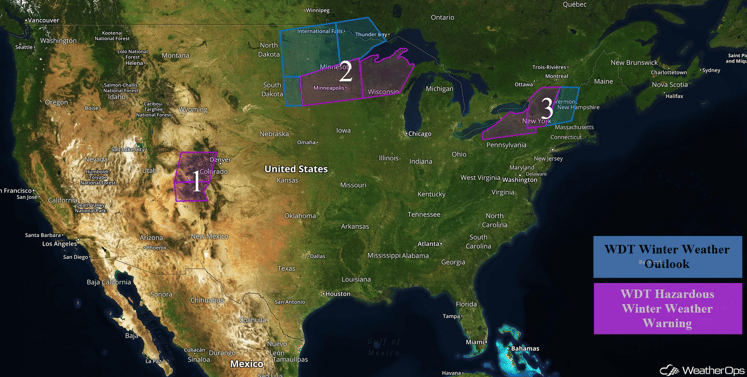 Region 1
An upper level system is approaching Region 1 from the west. Snow has already begun to fall in southwestern Colorado at elevations above 6500 feet with the snow level lowering to around 6000 feet by Tuesday morning. The heaviest snow should be during the day on Monday before tapering off Monday night and Tuesday. Snowfall accumulations of 8-12 inches with isolated higher amounts of over 14 inches will be possible. 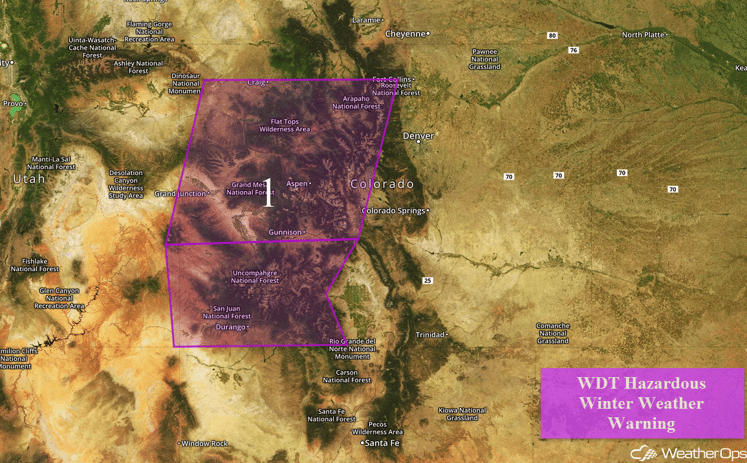 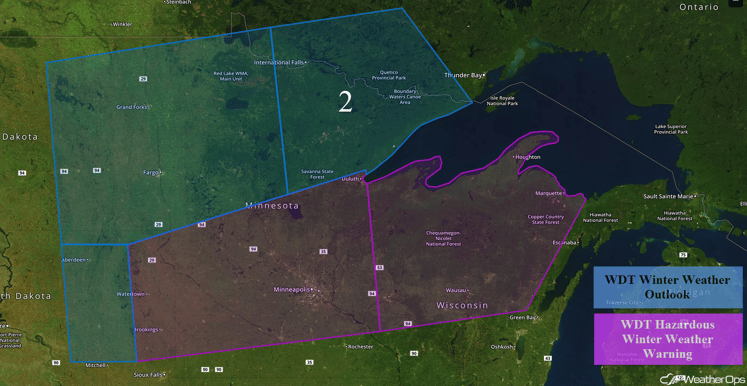 Region 3
As an area of low pressure moves out of the Great Lakes and through southern Ontario tonight. This will usher in colder air, allowing for rain changing over to snow from western New York, through the Finger Lakes, and into northern New York. Strong northwesterly winds will continue into Monday and Tuesday, allowing for lake effect snow to linger through Tuesday morning. Widespread snowfall accumulations of 4-6 inches are expected, with locally higher amounts in excess of 8 inches possible. Areas where the heaviest lake effect snow bands become established could see snowfall totals in excess of a foot. In addition to this heavy snowfall, strong winds of 25-35 mph will reduce visibilities to less than one mile at times, as well as lower wind chills into the single digits. Further to the east, across portions of Vermont and New Hampshire, snowfall accumulations in excess of a foot will be possible in higher elevations.

Strong to Severe Thunderstorms Possible across the Southern Plains on Tuesday
With the area of low pressure bringing snowfall to western Colorado, strong to severe thunderstorms are forecast across portions of Southern Plains ahead of the associated cold front. An upper level shortwave is forecast to move over the region and provide upper level support for thunderstorm development. With the instability ahead of a cold front, strong to severe thunderstorms have the potential to develop. Thunderstorms may begin as supercells and then gradually evolve into more linear line segments with strong winds and large hail as the primary hazards. 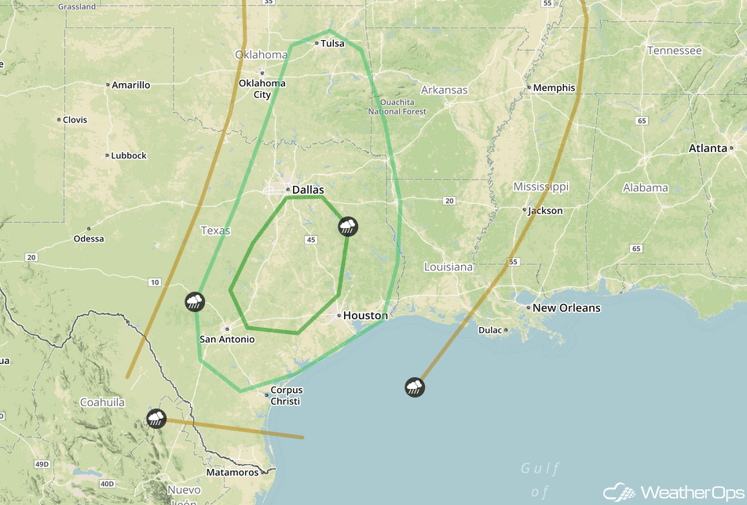 Tropical Update
Tropical Depression Sixteen is currently 305 miles east of Bluefields, Nicaragua and is nearly stationary. A west-southwestward to westward drift is expected over the next couple of days. Maximum sustained winds are near 35 mph with higher gusts. Some strengthening is forecast during the next 48 hours. The depression is likely to become a tropical storm later today. 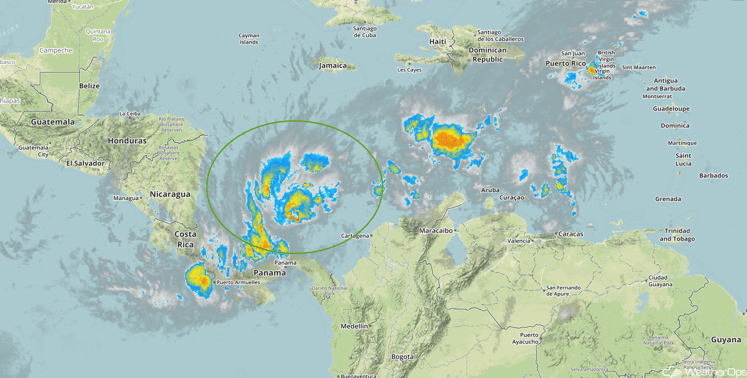 A Look Ahead
A Pacific low will move over the Rockies on Saturday bringing moderate to heavy snowfall to portions of the Northern Rockies. Snowfall accumulations of 6-10 inches, with isolated higher amounts in excess of 12 inches, will be possible.