No WeatherOps hazards are currently in effect, however, severe thunderstorms are expected Monday through Thursday across portions of the Midwest and into the Plains. 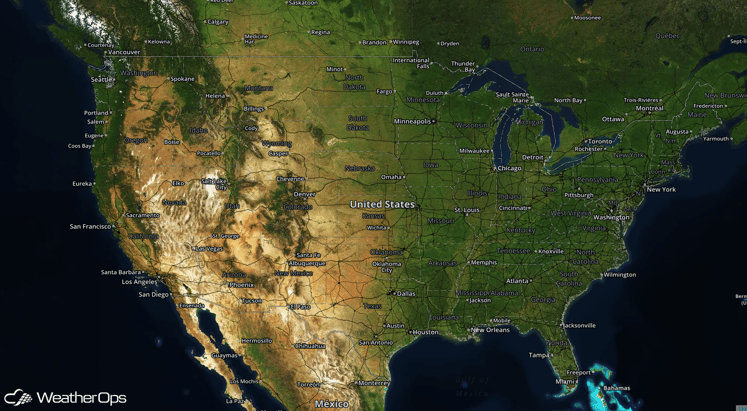 A broad trough of low pressure will remain over the western US with the upper low over southern Canada. Thunderstorms will develop during the early to late afternoon across portions of the Midwest and Central Plains. As thunderstorms develop, small hail and damaging winds will be the primary hazards.

Further south across the Southern Plains, thunderstorms will develop late afternoon to early evening from the Kansas border into northwest Texas. As thunderstorms develop, hail larger than 2.5 inches in diameter, damaging winds, and tornadoes will be possible.

Storms will continue to progress eastward after dark with a wind threat across Iowa and northwest Missouri. A secondary wind and hail threat with potential for a couple of tornadoes will be possible as activity in western Oklahoma approaches central Oklahoma before midnight.

Severe Thunderstorms Likely for Central and Southern Plains on Tuesday 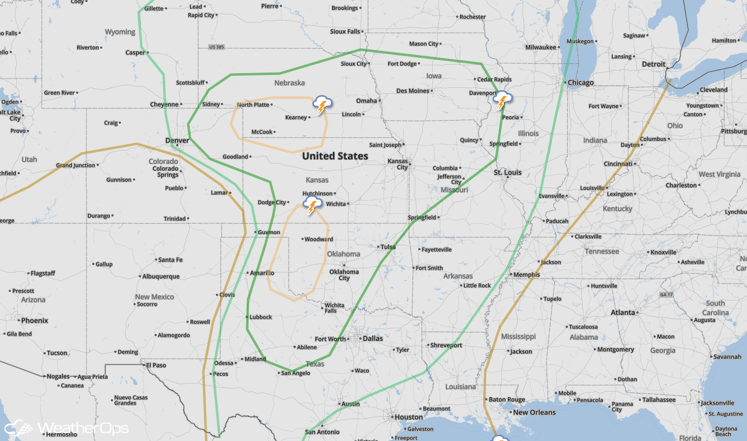 On Wednesday, a risk for severe weather will exist; however, some questions remain to the extent of storm coverage.  An area of low pressure should be situated over Nebraska with a dryline extending southward and a stationary front extending eastward from a surface low over Nebraska.  It’s within close proximity of the center of the low pressure where the greatest likelihood of storms will develop.  A conditional risk for additional storm activity will stretch along the front to the east over Iowa and also along the dryline to the south in Kansas and possibly northern Oklahoma.  Any storms that do develop will pose a risk for very large hail, damaging wind gusts, and tornadoes.

The risk for significant severe weather will increase substantially by Thursday, as a stubborn trough over the western US finally ejects eastward and across the Central and Southern Plains.  Very strong vertical wind shear and moderate to extreme instability from Kansas into Texas will support explosive thunderstorm development with the potential for very large hail, damaging wind gusts, and tornadoes.  Given the forecasted parameters, some strong tornadoes cannot be ruled out.  Small details will likely change over the coming days, but confidence is increasing in significant severe weather potential across the Southern Plains on Thursday. 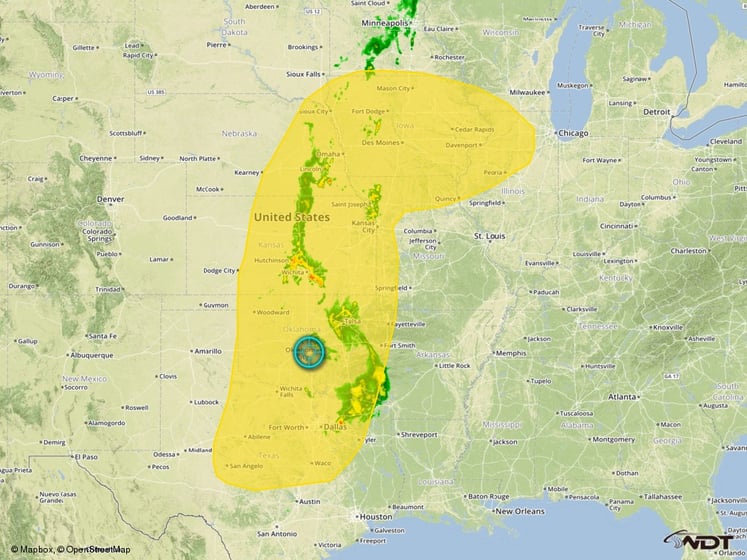 Severe Thunderstorm Risk Outline for May 25 and 26