A few thunderstorms may develop Monday across the Central Plains and Southern High Plains in association with an upper level low. Along the Gulf Coast, a stalled front will be the focus for the development of showers and thunderstorms.

Thunderstorm Potential Monday for the Central Plains and Southern High Plains
A developing area of low pressure and cold front extending across the Plains will lead to the development of strong to severe thunderstorms along the front as it moves to the Southeast throughout the day. Isolated to scattered thunderstorms are expected in the afternoon. Instability ahead of the front is forecast to be rather weak with large hail and damaging winds the primary hazards. Further south across Texas, storms will begin as isolated supercells with the potential for large hail, damaging winds, and tornadoes. Toward the evening, thunderstorms are expected to evolve into lines with large hail and damaging winds the primary hazards. 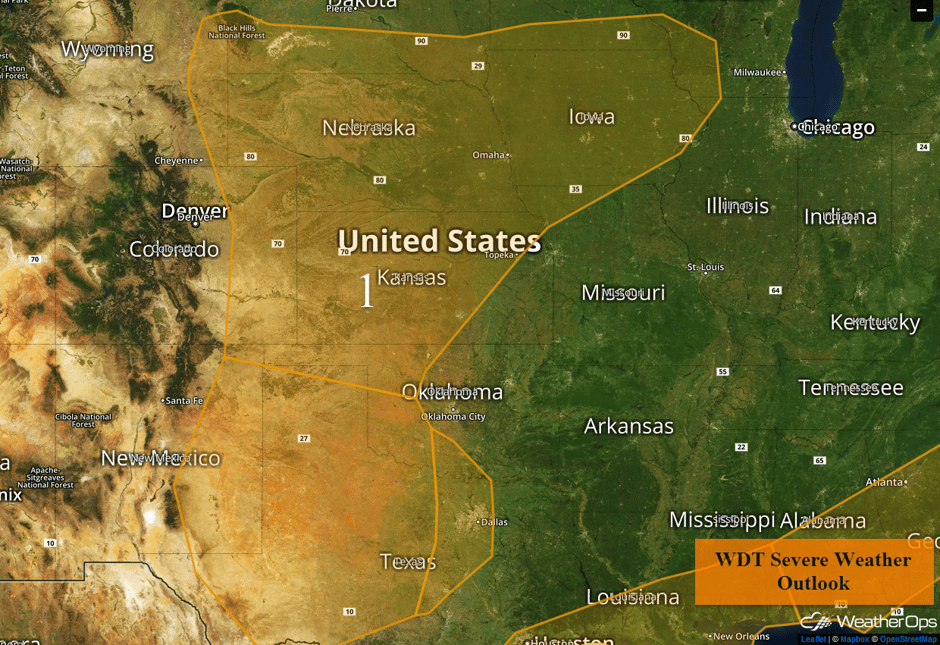 Strong to Severe Thunderstorms Possible for the Gulf Coast on Monday
A stalled front is forecast to extend across the Gulf Coast from Texas to Mississippi, acting as as focus for the development of strong to severe thunderstorms. Into the afternoon, weak instability is forecast over the region with onshore flow along the front leading to the development of thunderstorms. The main hazards will be large hail and damaging winds, but there will be a risk for tornadoes along the coast. 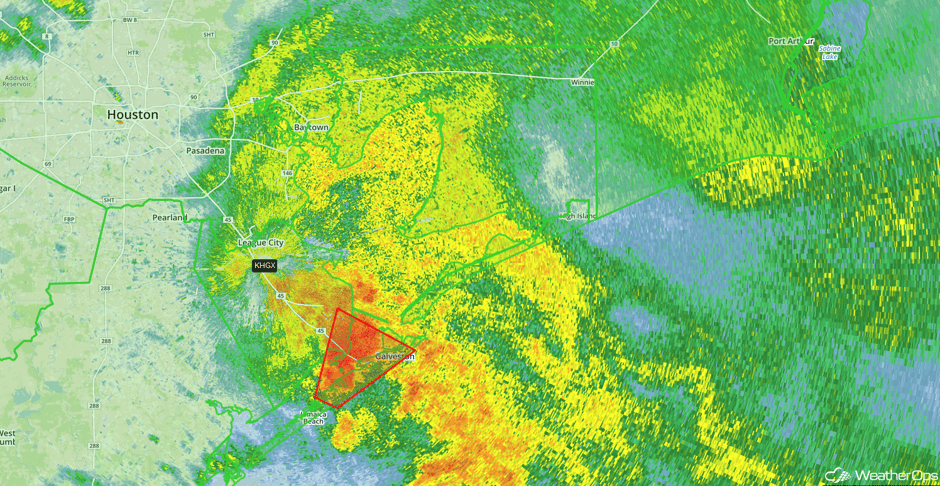 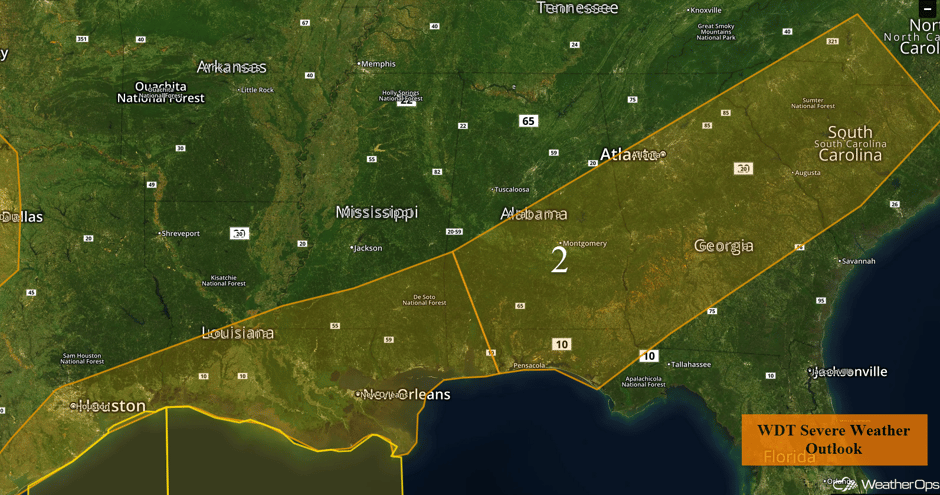 Thunderstorms for Southern Texas Tuesday
A cold front will lie over the area and warm and moist unstable air will be to the south. Although a capping inversion will be present over the area, daytime heating and the front should provide the lift needed to break the inversion. Strong winds and large hail will be the primary hazards with any storms that develop.

Risk for Thunderstorms Tuesday across Southern States
Isolated strong to severe thunderstorms may develop Tuesday from southern Georgia into northern Florida along and ahead of a slow moving cold front. Copious low level moisture will provide more than enough instability. An upper level trough will provide the lift needed for the development of thunderstorms. The trough should begin to move over the region on Tuesday, with storms developing and moving in from the west by midday. Damaging winds will be the primary risk, but some small hail will also be possible. 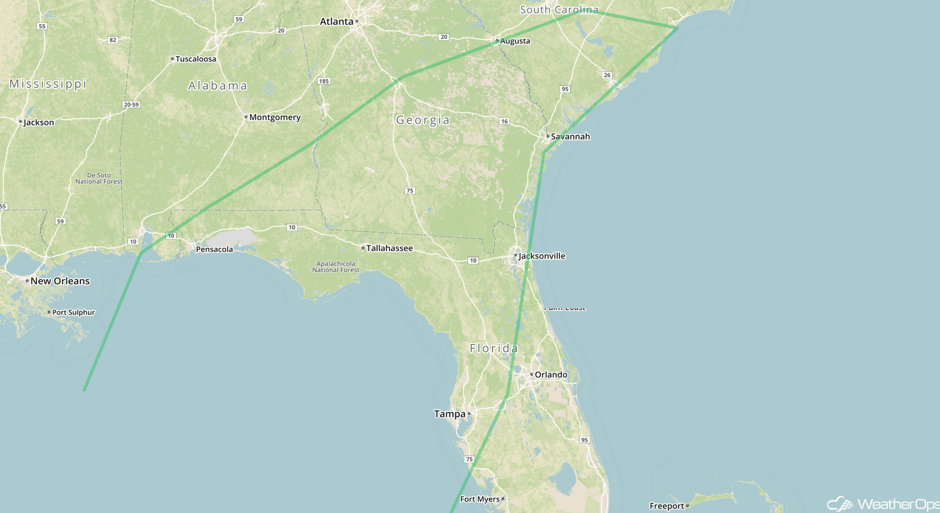 Excessive Rainfall for Portions of the Southeast on Tuesday
The threat for excessive rainfall will shift eastward on Tuesday as an upper level disturbance tracks northeastward across the Southeast and into the Mid Atlantic. Showers and thunderstorms will likely persist through much of the day on Tuesday and possibly linger through the overnight hours. Rainfall amounts of 1-2 inches with locally higher amounts in excess of 3 inches are expected. This will pose a risk for localized flooding and runoff.

The heaviest rainfall is expected along the coast from southeastern Louisiana eastward into Alabama, where 2-4 inches with locally higher amounts in excess of 5 inches are forecast. This could pose a risk for flash flooding. 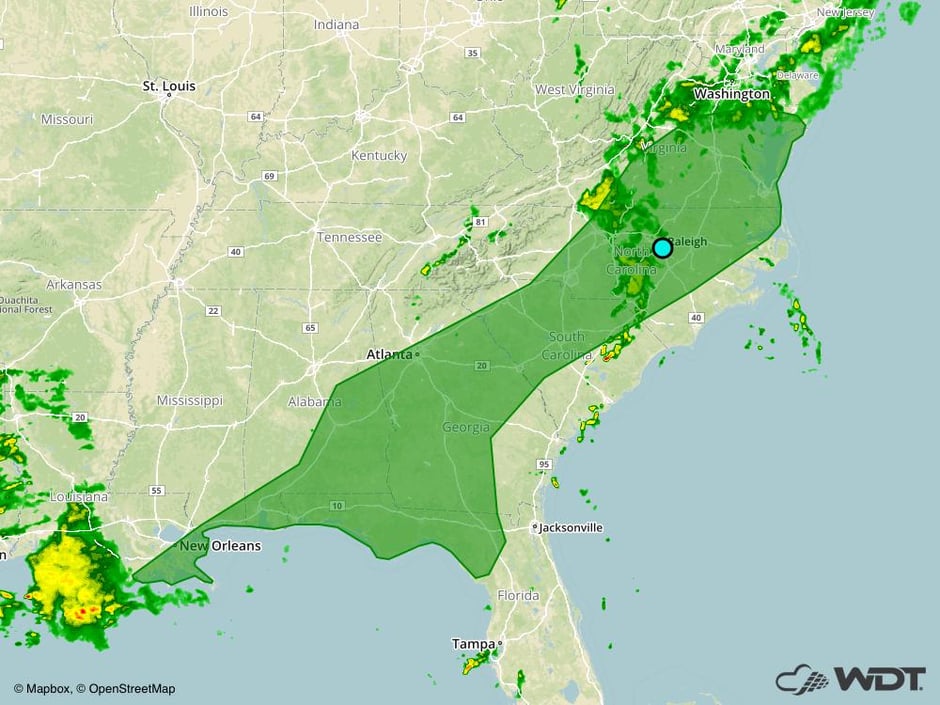 Potential for Thunderstorms Wednesday across the Southeast and Florida
An approaching trough and cold front will push across Florida by the middle of the week. Shower and thunderstorm activity will increase in coverage during the afternoon and evening hours. Storms could become severe with a threat for hail and damaging winds. 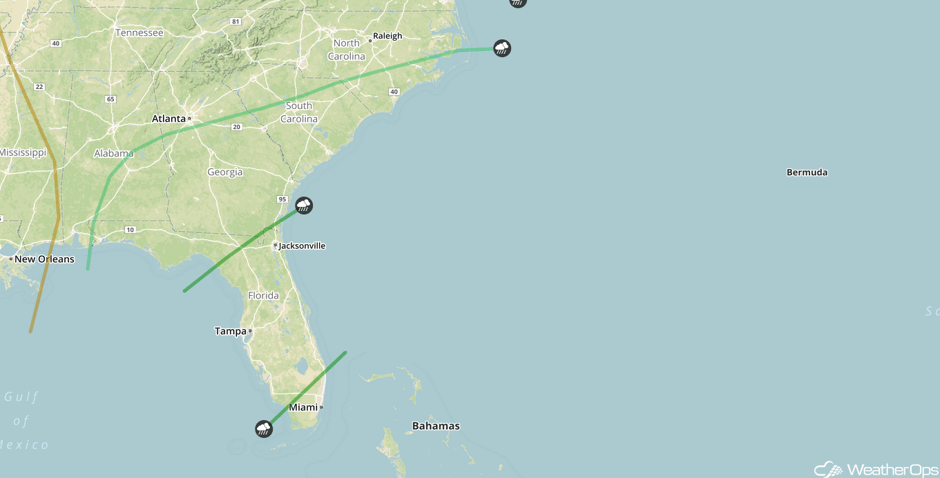 A Look Ahead
Heavy rain will continue across Florida on Thursday as a cold front pushes through the state. Otherwise, generally quiet conditions are expected through next weekend.