Excessive Rainfall for the Southern Rockies on Monday
In addition to the thunderstorms across the Southern Rockies, there will be a risk for excessive rainfall. Some of the stronger thunderstorms may produce locally heavy rain, allowing for localized flooding. Rainfall accumulations will range 1-2 inches with locally heavier amounts. Areas that received rain over the weekend will be at an increased risk for flooding. 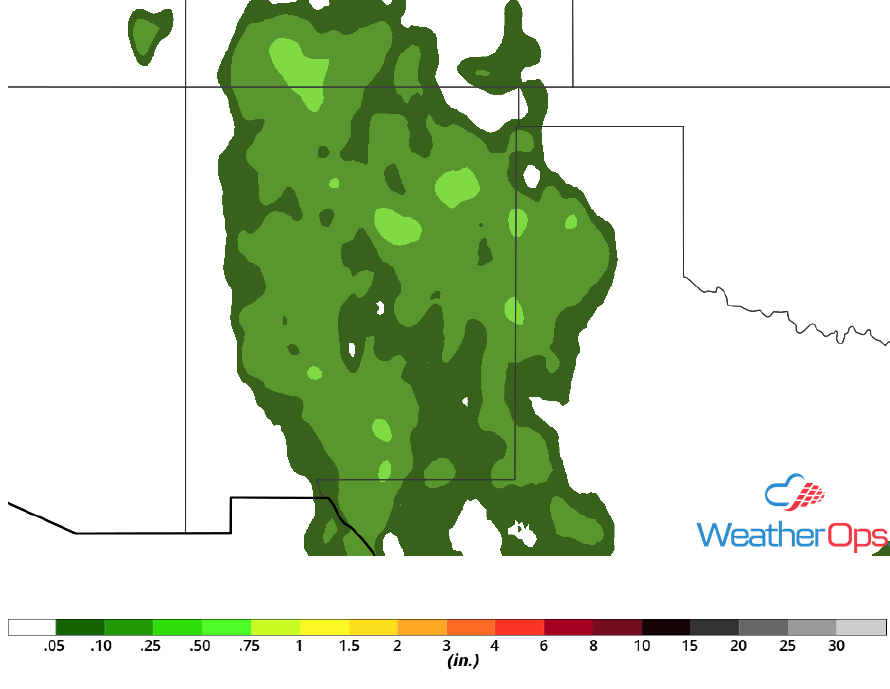 Thunderstorm Potential Tuesday for the Ohio Valley
Another round of strong to severe thunderstorms are forecast Tuesday as a frontal boundary moves across the region. Daytime heating should allow for new development along the front, with hail and damaging winds the primary hazards. Storms will move out of the region by the nighttime hours.

Thunderstorms for the Central US on Wednesday
An area of low pressure will move across the Central US on Wednesday, allowing for widespread development of thunderstorms from the Northern High Plains southward through the panhandles of Oklahoma and Texas. Strong to severe thunderstorms should occur along this entire corridor, with hail and damaging winds the primary hazards. Across the Dakotas, a low level jet may allow for more widespread damaging winds and possibly an isolated tornado during the evening hours.

Tropical Update
Widespread cloudiness and showers extending from the northwestern Caribbean across Cuba and the Florida Peninsula are associated with the interaction of a large upper level low with a weak surface trough. While environmental conditions are expected to be unfavorable for the development during the next couple of days, development may occur later in the week while the system moves into the central or eastern Gulf of Mexico. Regardless, heavy rainfall is forecast across western Cuba and Florida over the next several days.

Late in the week, the system over the Caribbean described above will slowly develop into an area of low pressure and track to the north or northwest toward the eastern Gulf of Mexico. While details are still uncertain, this system could become a tropical depression by the weekend, bringing the potential for heavy rain and flooding to much of Florida and the northern Gulf Coast.