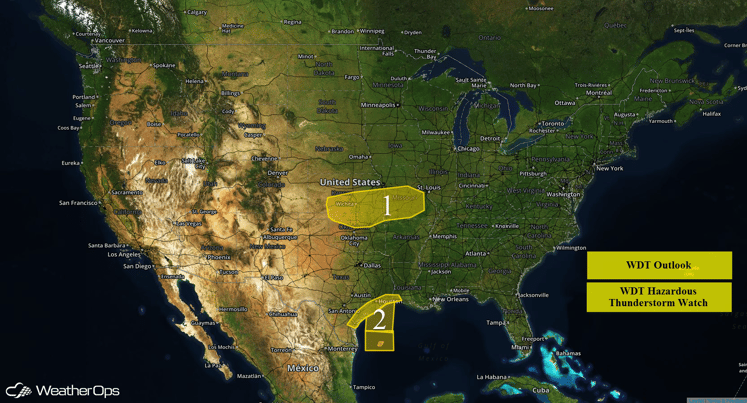 An area of low pressure located in Colorado will slowly move eastward on Monday and the associated warm front will slowly lift northward into northern Oklahoma and southern Missouri. Heavy rainfall is expected along and north of the warm front from northern Oklahoma, southern Kansas, and into south-central Missouri as rain and thunderstorms are expected to train across Region 1 leading to heavy rainfall and the possibility of flooding. Rainfall amounts of 1-3 inches with locally higher amounts possible. 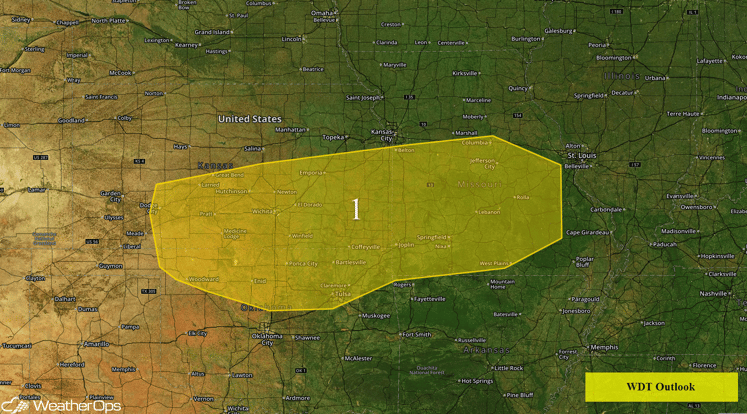 Heavy rain will continue to develop along the Texas coast through Louisiana during the day on Monday. With plentiful moisture in place and slow moving/training thunderstorms, rainfall amounts of 2-4 inches can be expected along the Texas coast with locally higher amounts possible. Thunderstorms will continue to move across the Northwestern Gulf of Mexico with waterspouts, strong winds, and large hail possible. 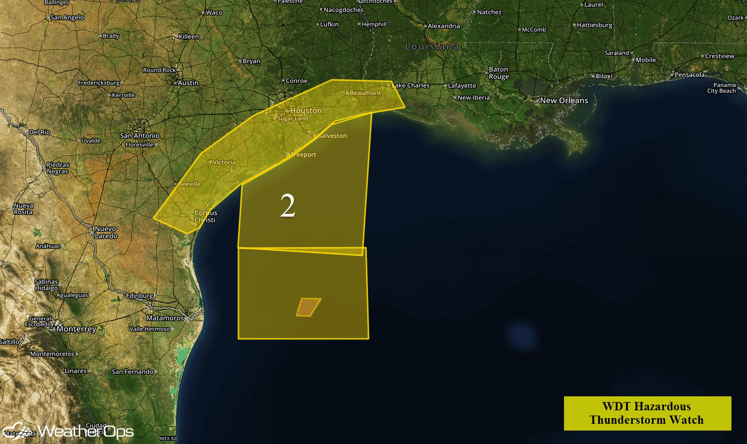 Strong to Severe Thunderstorms Possible for Portions of Southern Plains 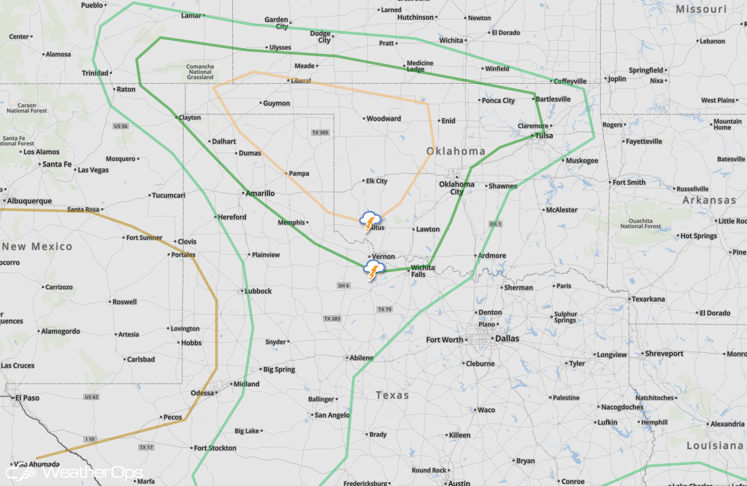 As an area of low pressure and cold front continues to move eastward throughout the day on Tuesday, a line of strong to severe thunderstorms will continue to move southeastward. There will also be the potential for heavy rainfall as well across portions of central and eastern Texas as rainfall amounts of 1-2 inches with isolated higher amounts will be possible. Additional thunderstorms will be possible across portions of southern Louisiana and Texas with large hail and damaging winds, as well as a low risk for an isolated tornado. Any thunderstorms will become more linear during the evening hours with strong winds and large hail possible for portions of Louisiana and southeast Texas. 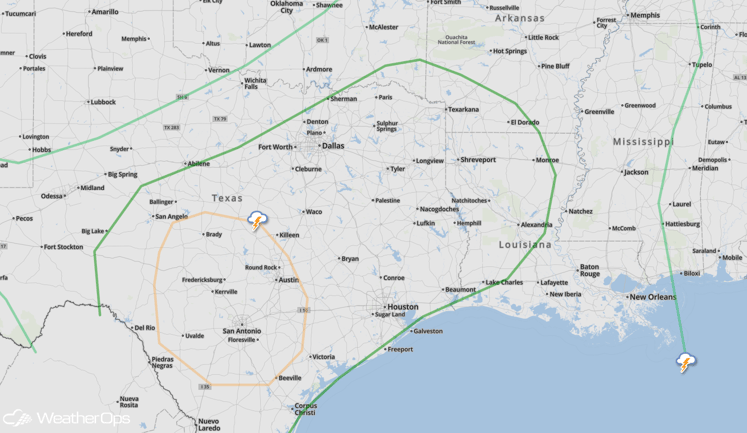 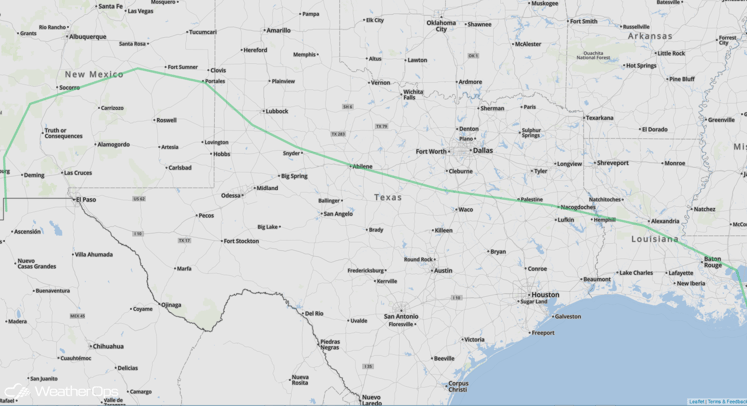