Region 1
A surface low is forecast to track to the northeast across the Midwest and into the Ohio Valley on Monday, with a cold front extending to the south of the low. Aloft, an upper level trough will move to the east, providing upper level support for strong to severe thunderstorms across the region. Ahead of the low and cold front, rich moisture will continue to move into the region by early afternoon with daytime heating increasing instability over the region. This will lead to thunderstorm development along and ahead of the front into the afternoon. Initially, thunderstorms will be supercellular capable of large hail, damaging winds, and tornadoes. Later in the evening, thunderstorms will evolve into linear structures with damaging winds the primary hazard. 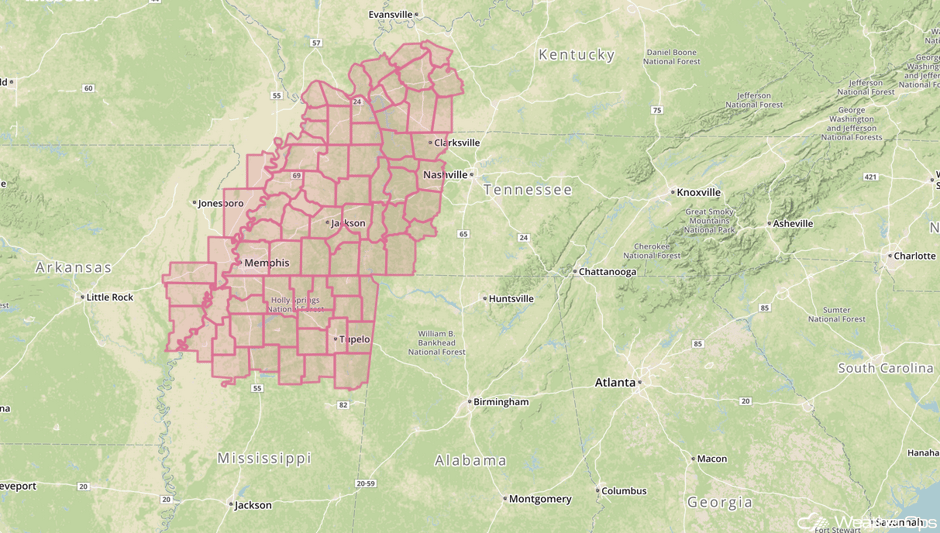 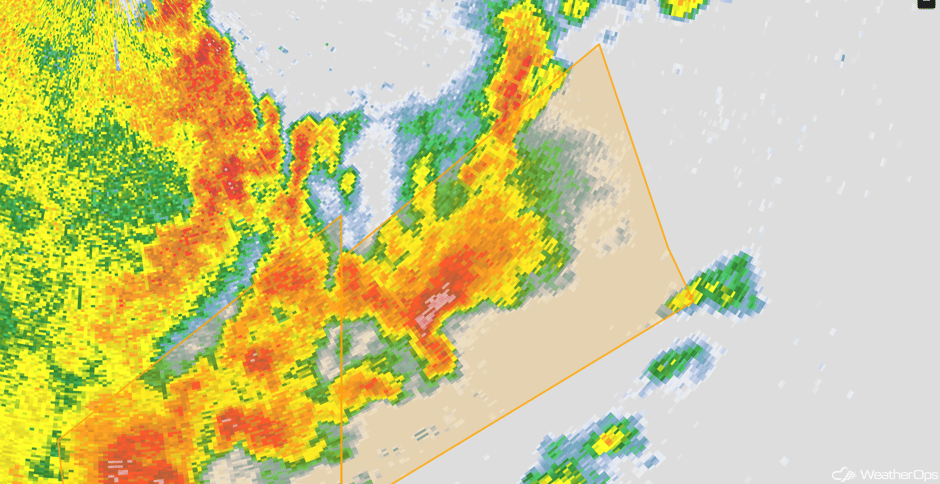 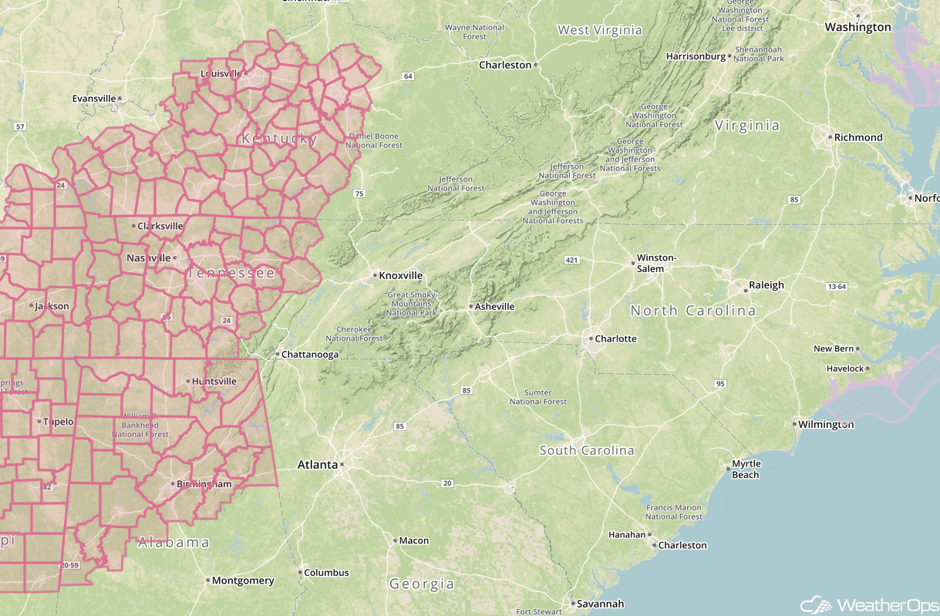 Region 2
Wintry precipitation will wind down across the Northeast late in the day on Monday as an area of low pressure departs from the region. Snow and sleet accumulations of 1-3 inches and ice accumulations of up to a tenth of an inch are expected.

Major Cities in Region: Portland, ME, Augusta, ME 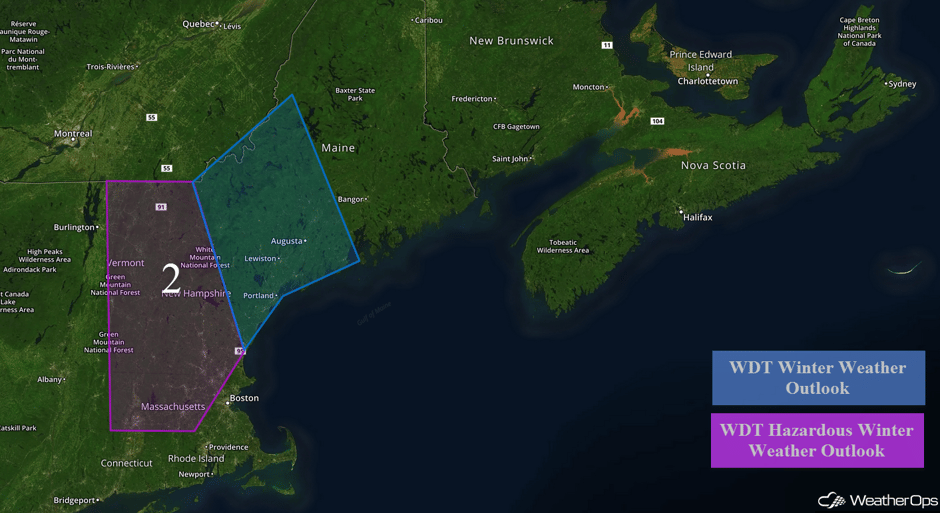 Severe Thunderstorms Expected across West Texas on Tuesday
Another round of severe weather is expected across west Texas on Tuesday. An upper level low will lead to the development of a surface low in the lee of the Rockies. The low should continue to deepen as the upper level low moves into the Plains. As it does, a dryline and frontal system will also develop. Moist air behind the warm front and daytime heating will lead to the development of thunderstorms during the afternoon. Large hail, damaging winds, and tornadoes will be possible with these storms. 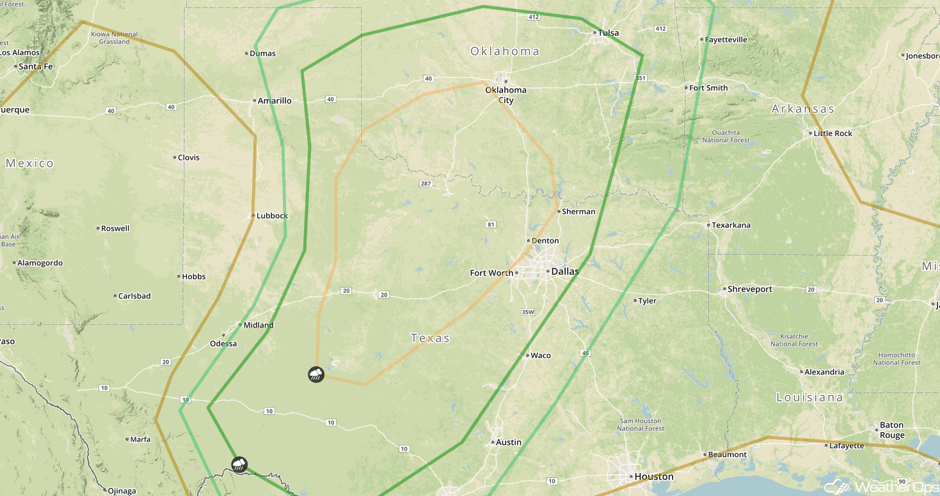 Strong to Severe Thunderstorms Possible for East Texas and the Lower Mississippi Valley on Wednesday
An upper level system and surface low will continue to move eastward on Wednesday, allowing for the development of strong to severe thunderstorms from east Texas and southeastern Oklahoma into Louisiana and Arkansas. Storms should be ongoing from the night before, however, more intense thunderstorms should develop in the afternoon hours. These storms should continue into the evening as they move into the lower Mississippi Valley. Large hail, damaging winds, and tornadoes will be possible with these storms. 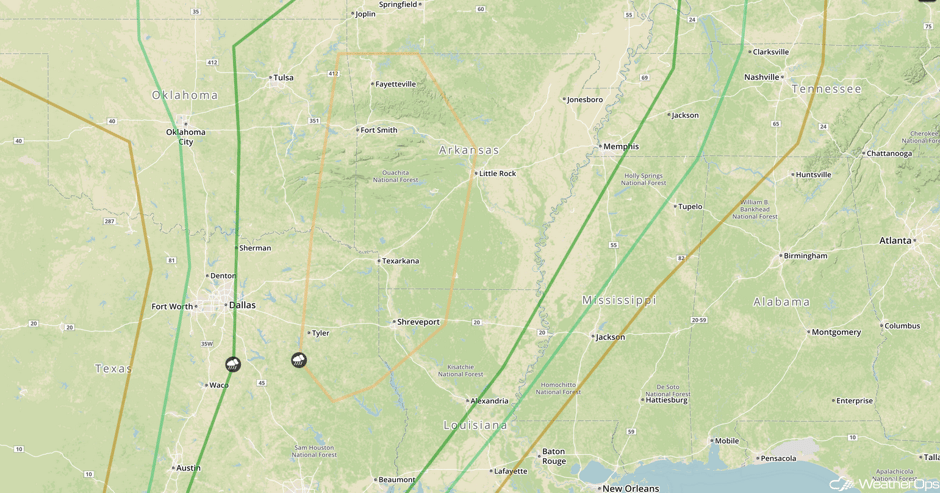 Excessive Rainfall Possible for Western Portions of Oklahoma and Texas on Wednesday
As the area of low pressure described above brings Gulf moisture northward, heavy rain will be possible. The slow movement of the low will allow for copious amounts of rain to fall in this region Tuesday into Wednesday. At this time, rainfall amounts of 3-4 inches with locally higher amounts in excess of 5 inches are forecast. Flash flooding will be a concern in these areas. 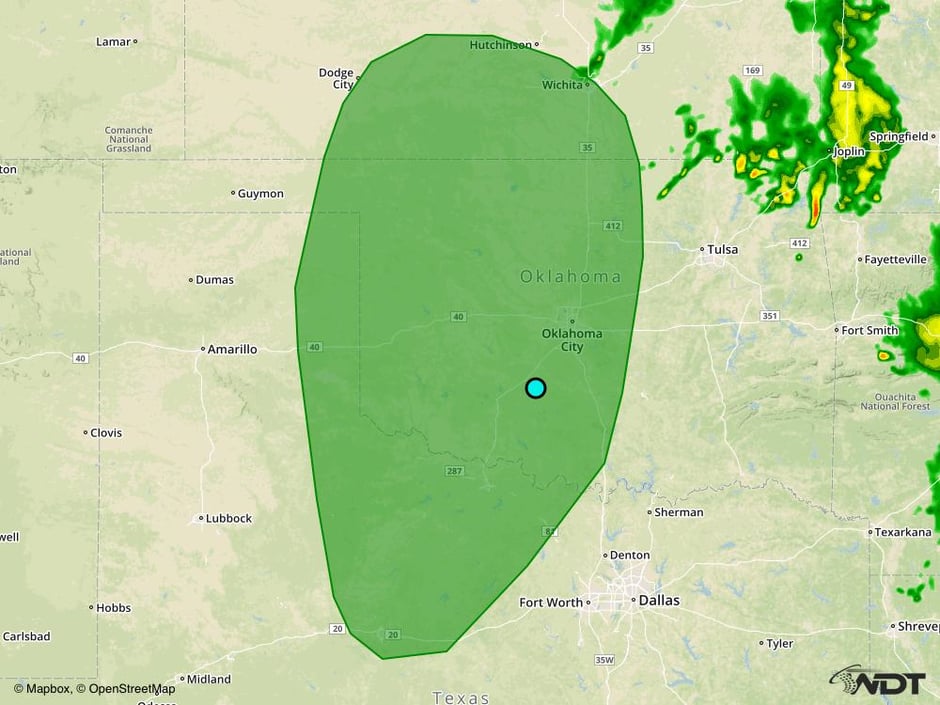 A Look Ahead
Severe thunderstorms may develop across portions of Mississippi and Alabama on Thursday as an area of low pressure and cold front continue to move eastward. Damaging winds will be the main hazard, but large hail and isolated tornadoes cannot be ruled out.