Thunderstorms will likely develop this afternoon in response to strong surface heating and rich moisture in place across Region 1. A few thunderstorms could become strong to severe and produce locally damaging winds in excess of 60 mph. Thunderstorms may also produce frequent lightning and heavy downpours. The most likely time for thunderstorm activity will be from 2pm through 10pm local time.

A cold front moving south through the Great Plains will act as a focus for the development of thunderstorms across Region 2. Temperatures in the upper 80s combined with dewpoints in the upper 50s will result in a corridor of moderate instability across the central and southern High Plains. Combined with moderate wind shear, some thunderstorms will likely become severe. Large hail will be the primary hazard, with a few reports larger than two inches in diameter not out of the question, particularly across southwestern Wyoming and the front range of Colorado. Damaging winds in excess of 60 mph will also be possible. Wile the tornado threat will be low, an isolated tornado or two cannot be completely ruled out. The most likely time for severe weather will be starting in the late afternoon around 4pm local time, continuing into the evening and possibly overnight hours. 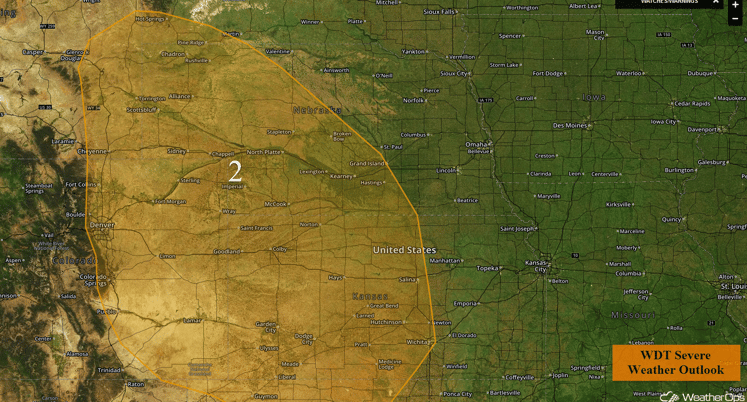 Strong to Severe Thunderstorms Possible Tuesday Across the Great Plains

With a ridge of high pressure anchored over the western US, mid level northwesterly flow across the Central and Northern Plains will bring the potential for thunderstorms across the region by late afternoon Tuesday into the evening and overnight hours. Increasing low level moisture should allow for increased instability across, with severe thunderstorms possible. Storms may initially be isolated in nature capable of producing damaging winds, large hail, and isolated tornadoes. Near and after sunset, damaging winds and hail will likely be the primary hazards. Some locations across Nebraska and northwest Kansas may also experience excessive rainfall Tuesday evening and into the overnight hours. Rainfall amounts could reach 1-2 inches with locally heavier amounts in excess of 3 inches within some of the heavier or more prolonged thunderstorm activity. 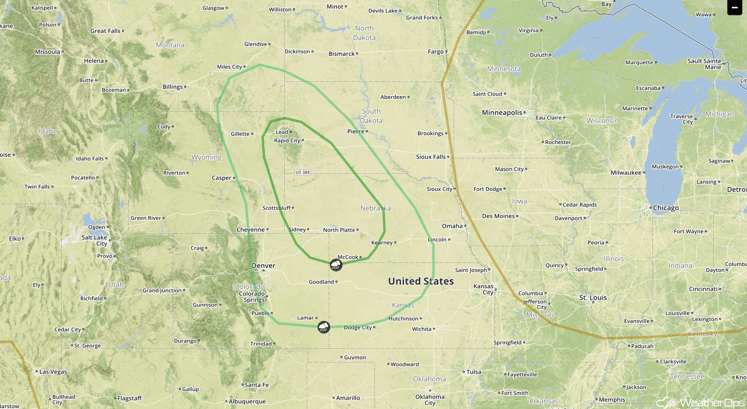 Strong to Severe Thunderstorms Possible for Eastern US on Tuesday

A narrow corridor of instability is expected to develop ahead of an advancing cold front by Tuesday afternoon, allowing for the possibility of thunderstorms from New England southward into the Mid Atlantic region. There will be a marginal risk of strong to severe thunderstorms during the afternoon and evening hours, with gusty winds and hail the primary threats.

Strong to Severe Thunderstorms Possible on Wednesday for the Great Plains

A weak surface low developing over the High Plains, combined with northwesterly flow, will allow for the potential for thunderstorms across this region on Wednesday. Some strong thunderstorms may be possible early in the day with additional re-development later in the afternoon and on into the evening hours. There will be a marginal risk of strong to severe thunderstorms, with gusty winds and hail the main threats. 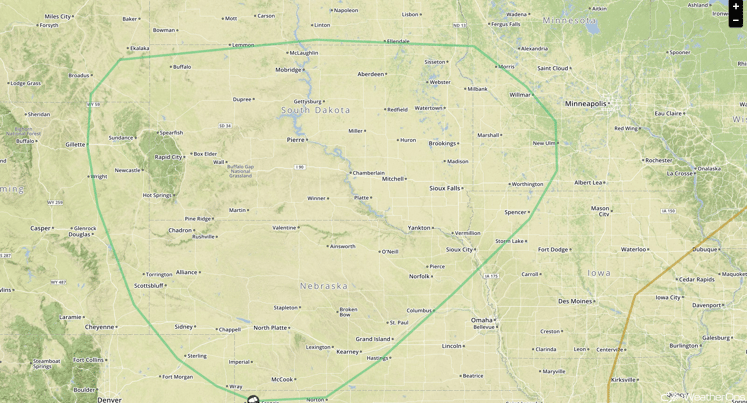 Strong to Severe Thunderstorms Possible Across New England on Wednesday

A cold front is forecast to slowly progress eastward across the Northeast during the day on Wednesday. Increasing instability ahead of the front will allow for the potential for a few strong to severe thunderstorms across portions of New England with the most likely timing during the afternoon and early evening. The primary hazard will be gusty winds and hail with some of the stronger thunderstorm activity.