Severe thunderstorms are expected from the Northeast through Texas on Monday ahead of a cold front.

Severe Thunderstorms Expected Monday from the Northeast through Texas
Thunderstorms are expected to develop in the late afternoon along a cold front. These storms will move in a northeasterly direction, as well as merge to form a line, as the day progresses. Daytime heating will allow these storms to intensify. The most intense storms are expected to weaken shortly after sunset. Damaging winds will be the primary hazard with these storms. 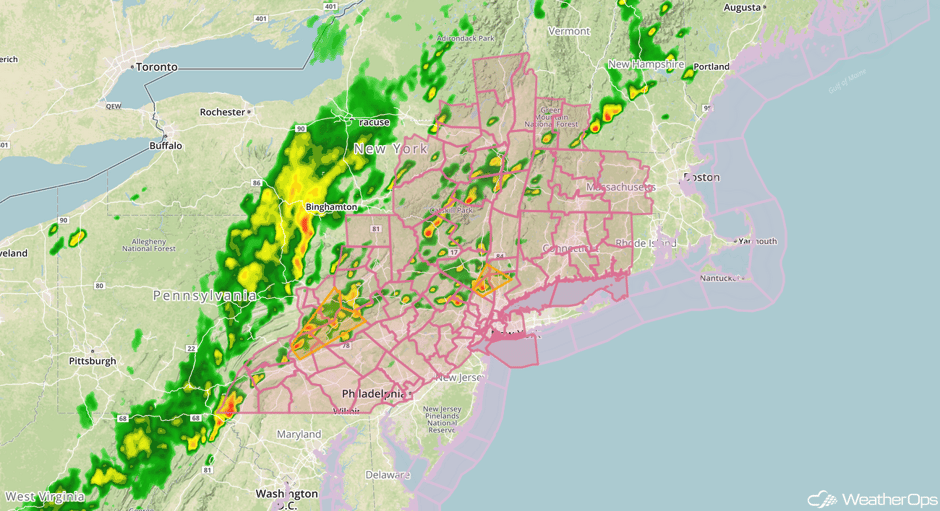 Thunderstorm Potential for South-Central High Plains on Tuesday
Southerly to southwesterly winds on the west side of a high will allow a moist air mass to move into the area. Coupled with daytime heating, thunderstorm development is likely during the late afternoon and evening. Strong to severe winds gusts and large hail will be the primary hazards.

Risk for Thunderstorms Tuesday across Montana
Isolated to widely scattered thunderstorms will likely develop over the higher terrain in southwest Montana and move eastward throughout the day. As thunderstorms develop, strong to severe winds and hail will be the primary hazards. 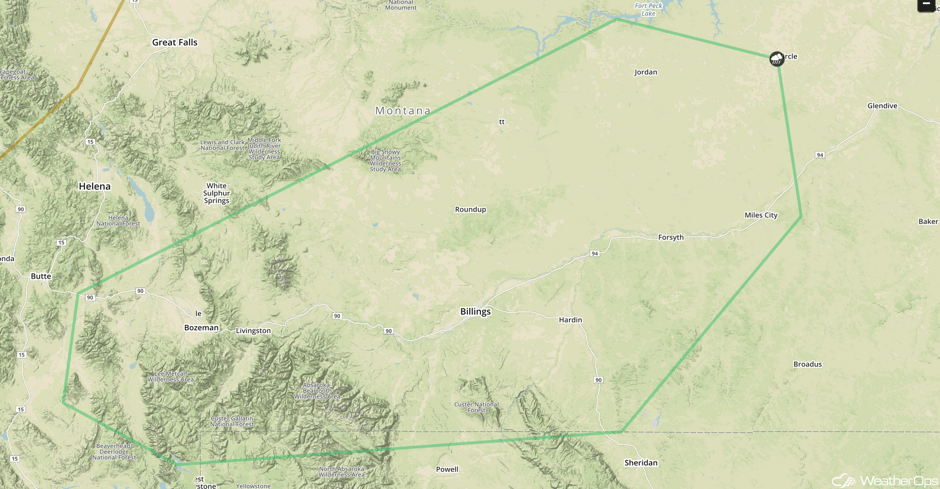 Strong to Severe Thunderstorms Possible Wednesday for the Central Plains and Upper Midwest
A surface low and associated frontal boundaries will allow for the development of strong to severe thunderstorms. A very unstable airmass and marginal amounts of shear will be in place. Severe winds, large hail, and a few tornadoes will be the primary hazards with these storms. 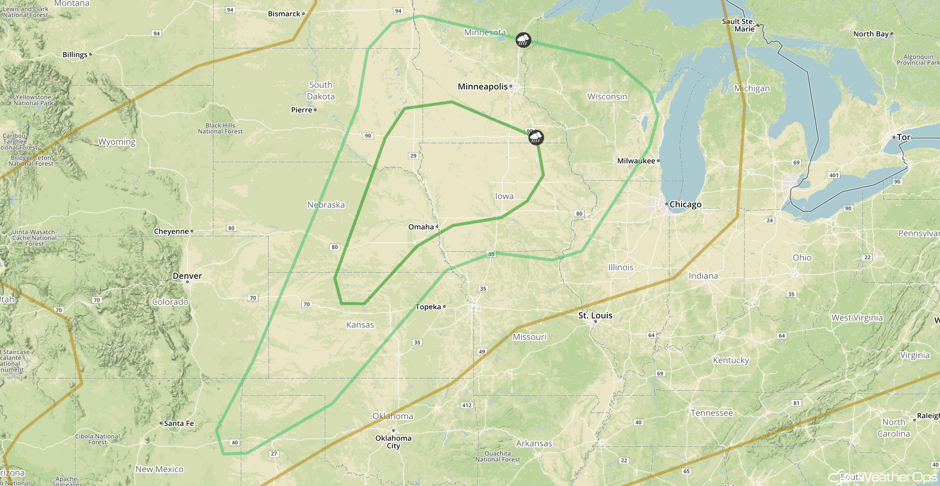 Excessive Rainfall for the Gulf Coast on Wednesday
Outlying precipitation on the northwestern quadrant of the broad tropical feature 93L will bring moderate to heavy rainfall as it moves northwestward toward the western Gulf. Rainfall amounts of 1.5-3.5 inches with locally higher amounts exceeding 4.5 inches expected.

Tropical Update
A broad area of low pressure extending from the Yucatan Peninsula into the southeastern Gulf of Mexico continues to produce a large area of showers and thunderstorms. While the low still does not have a center of circulation, gradual development is expected through Tuesday while it moves across the southern and central Gulf of Mexico. A tropical or subtropical low is expected to develop, bringing heavy rain to portions of Central America, the Yucatan Peninsula, the Cayman Islands, and western Cuba in the next day or two.

Further east, a disturbance is located near the coast of Venezuela. Maximum sustained winds are at 40 mph with higher gusts expected. Further intensification is anticipated over the next 48 hours and this disturbance is forecast to be a tropical storm when it moves through the Windward Islands and Venezuela through Tuesday.

A Look Ahead
Thunderstorms may develop over the Northern Plains on Thursday as two areas of low pressure develop across the Plains and Manitoba. The risk for strong to severe thunderstorms appears to be low at this time.