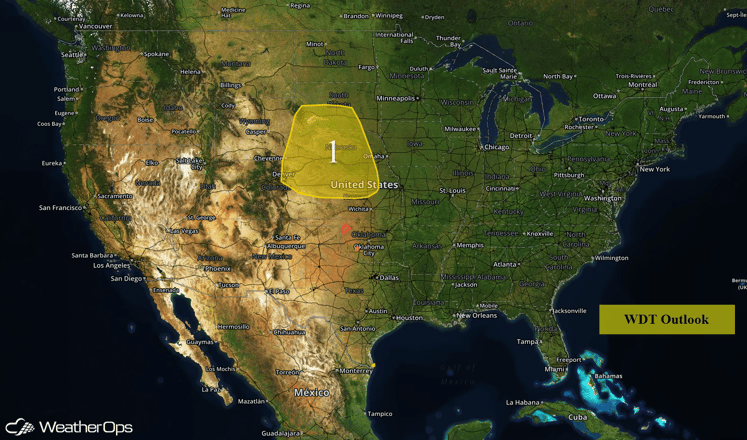 An upper level low will eject out of the Desert Southwest and into Colorado by the early afternoon. As this low continues northeastward toward the Central Plains Monday evening, sufficient moisture as well as moderate to strong instability across much of the region will lead to thunderstorm activity initiating across portions of Wyoming, Colorado, and Montana. Thunderstorms will increase in intensity and propagate eastward into the Central Plains as the evening progresses with isolated supercells forming thunderstorm complexes through the evening hours. Excessive rainfall is expected across portions of the Central Plains as plentiful moisture will lead to heavy rainfall within any thunderstorms that form with rainfall amounts of 2-4 inches possible and locally heavier amounts in excess of 5 inches possible in some of the stronger thunderstorms. 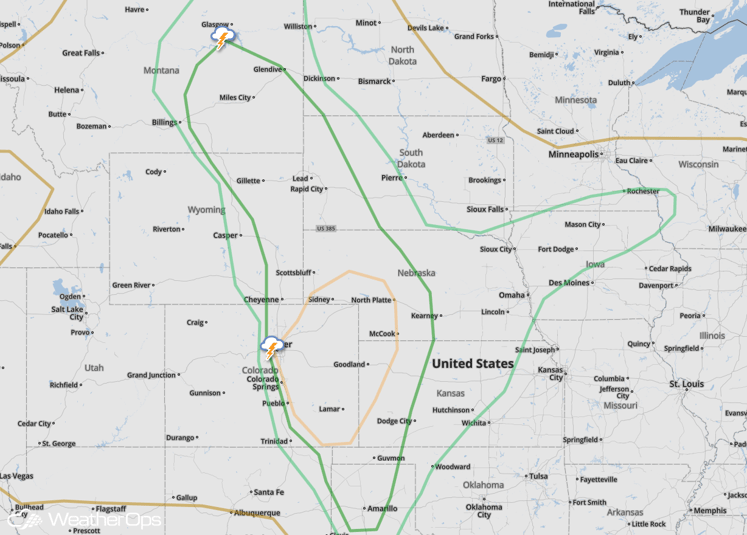 Strong to Severe Thunderstorms Possible for Texas Panhandle on Monday

Ample instability will also exist in the Texas Panhandle. With a dryline developing, strong to severe thunderstorms are forecast to form during the afternoon hours with any thunderstorms becoming linear in nature by the evening. The primary hazards with any storms that develop in this region will be large hail and strong winds. 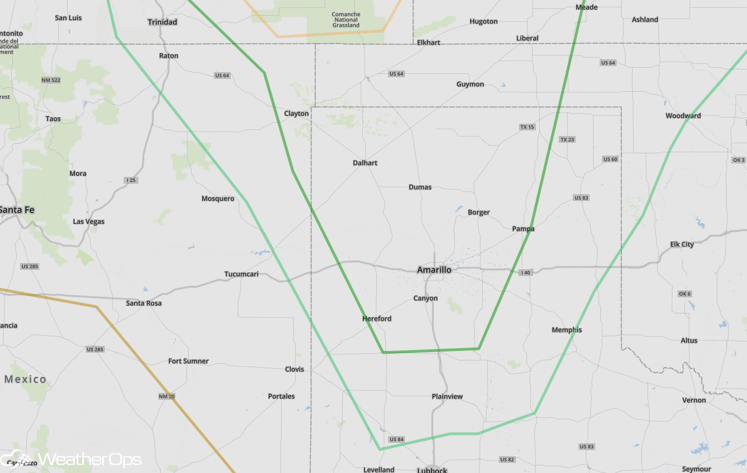 An area of low pressure in the Central Plains will continue eastward towards the Midwest as it travels within the large scale high pressure system across much of the Central US. As this low pressure system moves eastward, instability coupled with ample moisture and enhanced shear especially just to the south of the low will result in enhancement of any thunderstorm activity from the previous day as well as increasing coverage of new thunderstorm activity during the afternoon hours on Tuesday. At this time it appears that the thunderstorm threat will be more linear in nature with multiple thunderstorm complexes possible in the Midwest and only a few supercells possible. Some of these thunderstorms may become severe as the afternoon wears on, with strong winds, large hail, and isolated tornadoes being possible with any thunderstorm that develops. There will also be a threat for excessive rainfall across portions of Iowa and into Minnesota  as thunderstorm activity across the area will have plentiful moisture to work with. Rainfall totals of 1-3 inches with locally higher amounts in excess of 4 inches will be possible, especially within any heavier thunderstorm activity. 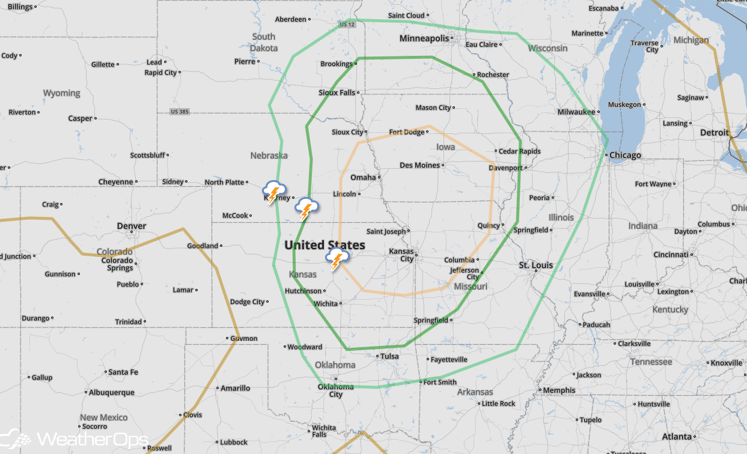 As a low pressure system slowly makes its way into the Great Lakes region, moderate instability, marginal shear, and plentiful moisture is forecast to remain prevalent across the Central Plains and Midwest especially just to the south of the low. As the afternoon progresses thunderstorm activity is expected to increase in intensity and coverage as daytime heating helps to destabilize the atmosphere. At this time, primarily strong thunderstorms are forecast to impact the region however a few severe thunderstorms cannot be ruled out at this time. The primary threats with any thunderstorm that forms will be strong wind and hail. 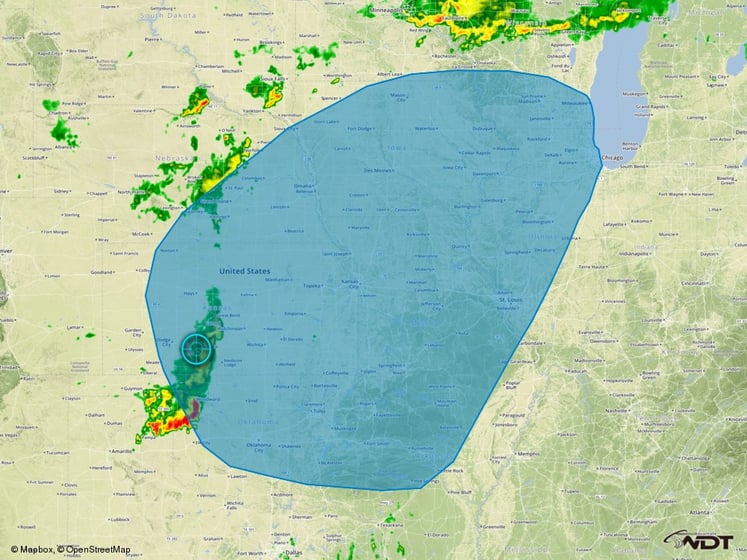