Severe Thunderstorms Expected Monday from the Northern Rockies into the High Plains
Severe weather is expected across the northern High Plains and into the higher terrain of the Northern Rockies on Monday. Warm and moist air will stream northward as an area of low pressure intensifies over the east side of the Rockies. A large upper level low will move into the region, which will combine with the unstable air to produce a favorable environment for severe thunderstorms. Scattered thunderstorms are expected to develop by the afternoon hours across western portions of the region and expand eastward throughout the day and evening. Initially, the primary hazards will be large hail and strong tornadoes. As activity shifts eastward into the Dakotas, large hail and damaging winds will be the primary hazards into the overnight hours.

Thunderstorm Potential across the Northern Plains and Upper Midwest on Monday
There is a chance for strong to severe thunderstorms across the Northern Plains into the Midwest on Monday. An area of low pressure will intensify over the Plains during the day with a front expected to stall and be draped across the Northern Plains into Iowa and southern Wisconsin for much of the day. Ongoing storms over eastern Nebraska will gradually weaken through the morning hours, with additional development expected along the front during the late afternoon. Large hail, damaging winds, and isolated tornadoes will be the primary hazards with these storms. Activity will be scattered in nature and will shift southeastward into the evening with damaging winds being the primary hazard from Iowa into Chicago.

Update 11:54am CDT: Severe Thunderstorm Watch for portions of Iowa and Minnesota until 7pm CDT. 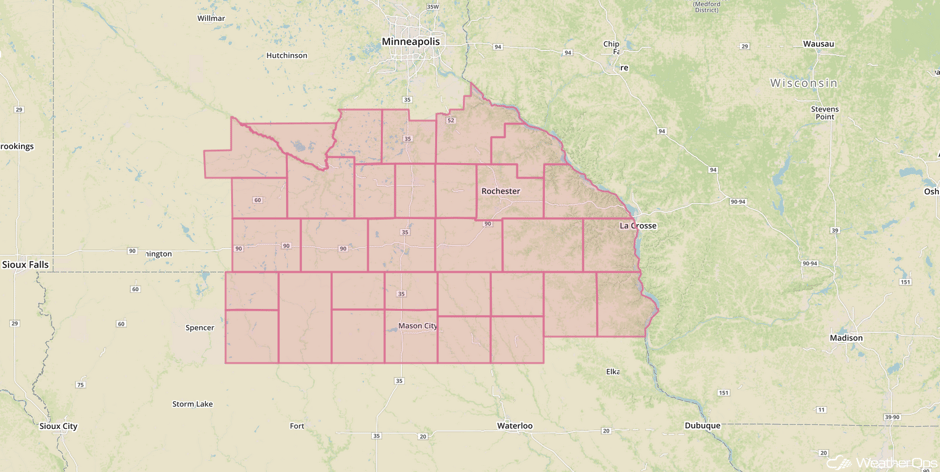 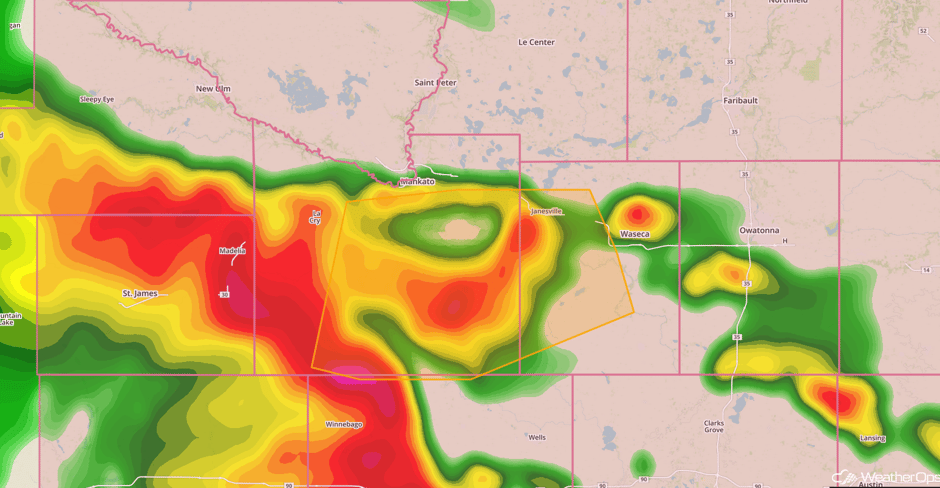 Strong to Severe Thunderstorms Possible across West Texas on Monday
Daytime heating and sufficient moisture in West Texas will create enough instability for a few widely scattered thunderstorms to develop along a dryline late this afternoon. Storms will likely weaken after sunset with the loss of daytime heating.

Thunderstorms Monday across Maine
Isolated severe thunderstorms may develop during the morning into the late afternoon. Sufficient moisture and daytime heating will create instability. With a weak upper level disturbance approaching, conditions will be favorable for the development of thunderstorms. 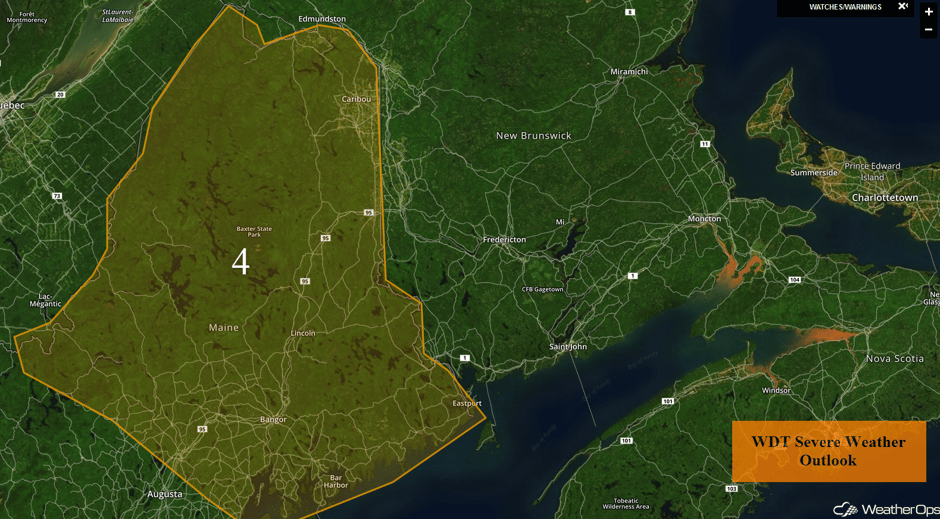 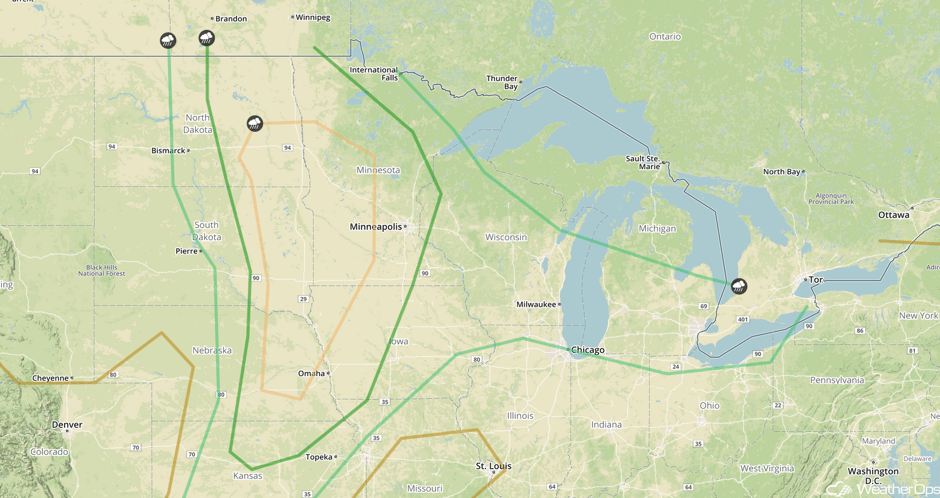 Risk for Excessive Rainfall across Montana and northern Wyoming on Tuesday
Unseasonably high moisture content will wrap around a large area of low pressure forecast to move across eastern Montana and the Dakotas Tuesday through Tuesday night. Persistent moderate to heavy rain is likely across much of Montana and northern Wyoming. Widespread rainfall amounts of 2-3 inches with isolated higher amounts in excess of 4 inches will result in isolated flash flooding, 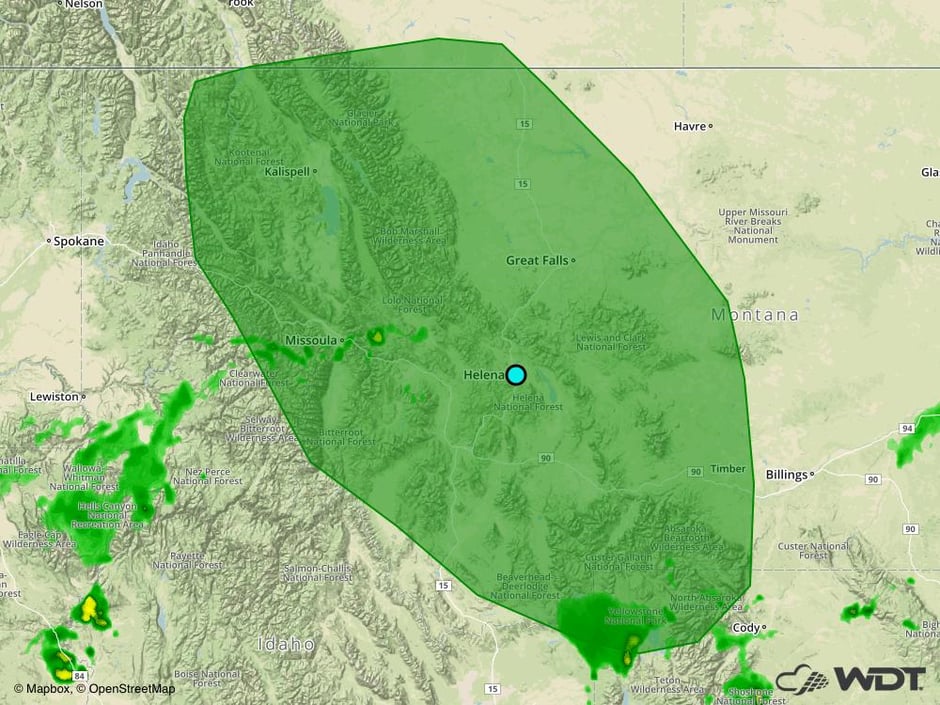 Thunderstorm Risk Wednesday across the Midwest
A strong, slow moving surface low will move northeastward into southern Manitoba on Wednesday. Southerly winds ahead of the surface low and trailing cold front will allow moisture to move northward into Minnesota, and potentially Manitoba and southwestern Ontario. In addition to the moisture and instability, strong winds will exist aloft. Thunderstorms will likely develop during the mid to late afternoon with large hail and damaging winds the primary hazards. 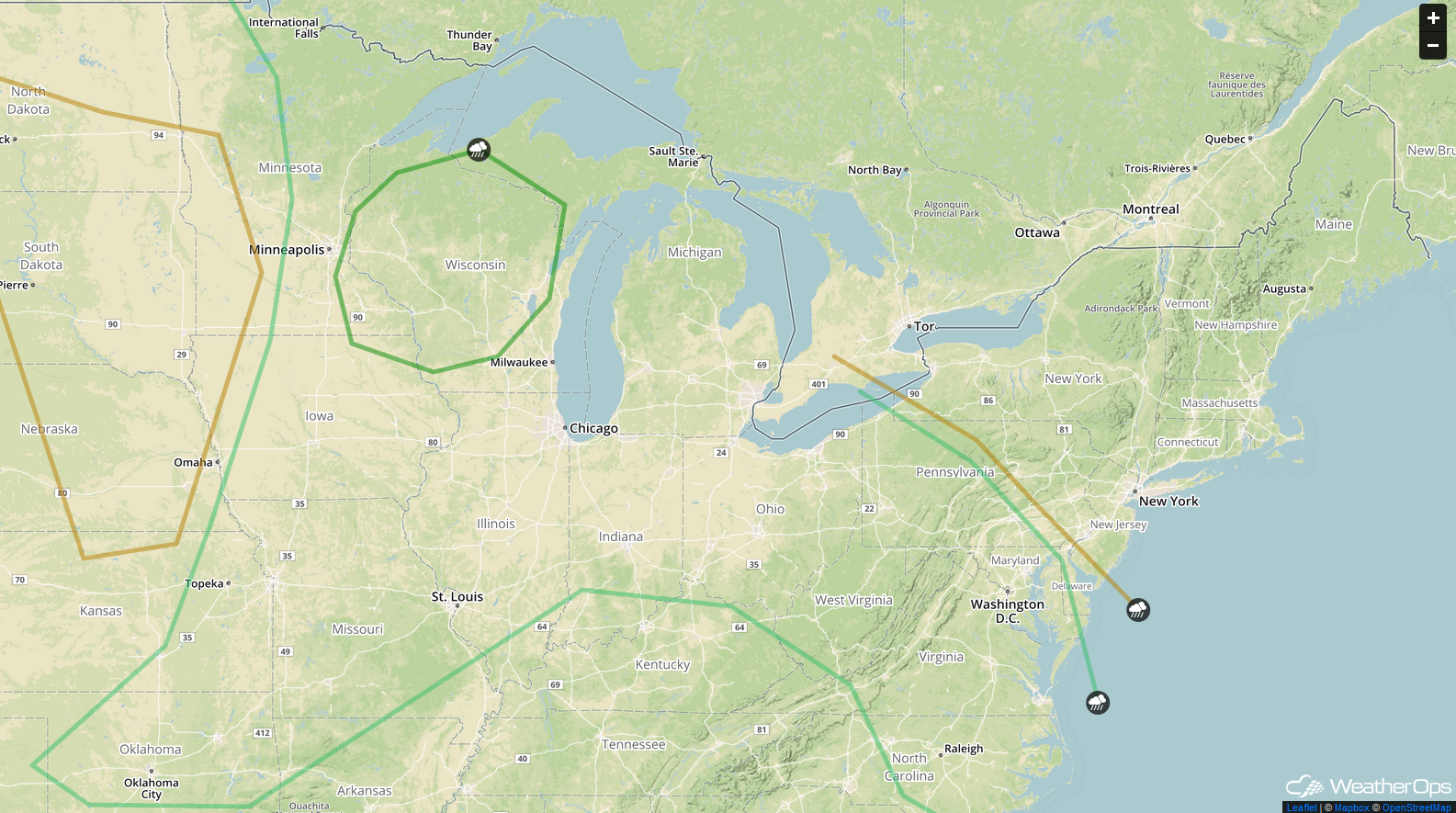 Severe Thunderstorms Expected across Minnesota and Northern Iowa on Wednesday
The greatest potential overlap of high instability and shear will exist across Minnesota, western Wisconsin, and northern Iowa. Damaging winds, large hail, and potentially a few tornadoes will be possible during the afternoon and evening. Some uncertainty exists, especially with regards to the tornado threat, given that the event is still a few days away. Heavy rainfall will also lead to the risk of isolated flash flooding. 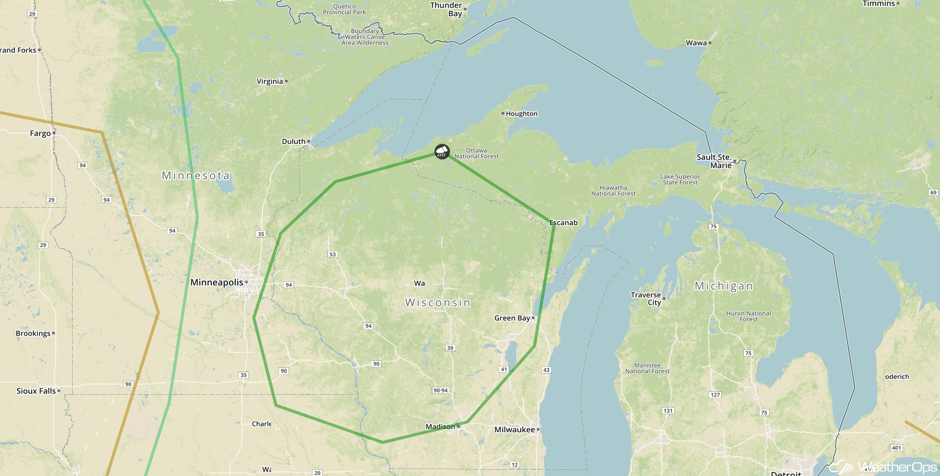 Strong to Severe Thunderstorm Risk Wednesday for the Ohio Valley and Mid Atlantic
A nearly stationary frontal zone draped west to east from the southern Great Lakes to the Delmarva Peninsula will act as a converging line for southerly winds and rising dewpoints. Instability will be maximized along and just south of the front. Scattered thunderstorms, a few of which capable of damaging winds and large hail, may develop. The most likely time frame for any organized strong storms is the mid to late afternoon hours. 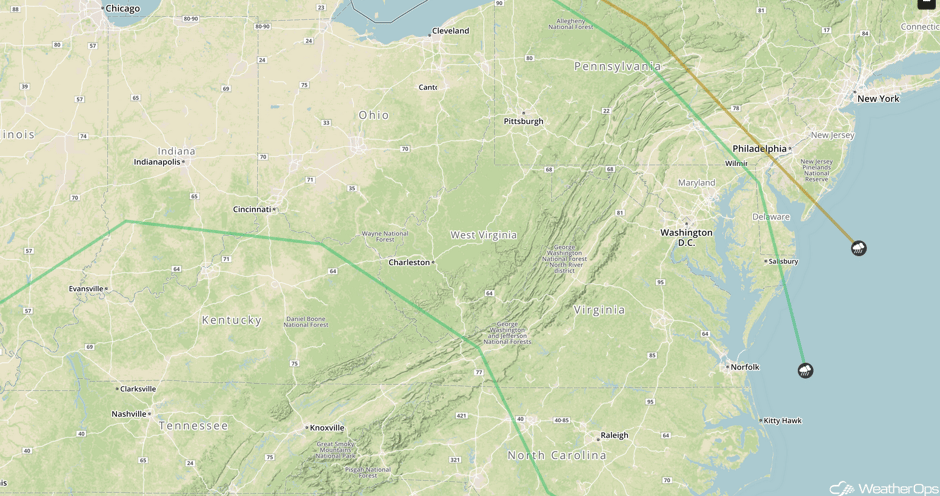