A cold front and an upper level trough moving across the Northern High Plains may allow for the development of thunderstorms on Monday. Thunderstorms are expected across southeastern California and southern Arizona as instability builds during the afternoon. Some of these thunderstorms may produce excessive rainfall.

Thunderstorms for the Northern High Plains on Monday
Relatively moist air, combined with daytime heating, will allow instability to increase through the afternoon. Forcing provided by a frontal boundary and a weak upper level system should be sufficient for the development of isolated showers and thunderstorms, some of which could be severe. Damaging winds will be the primary hazard, but some large hail cannot be ruled out. 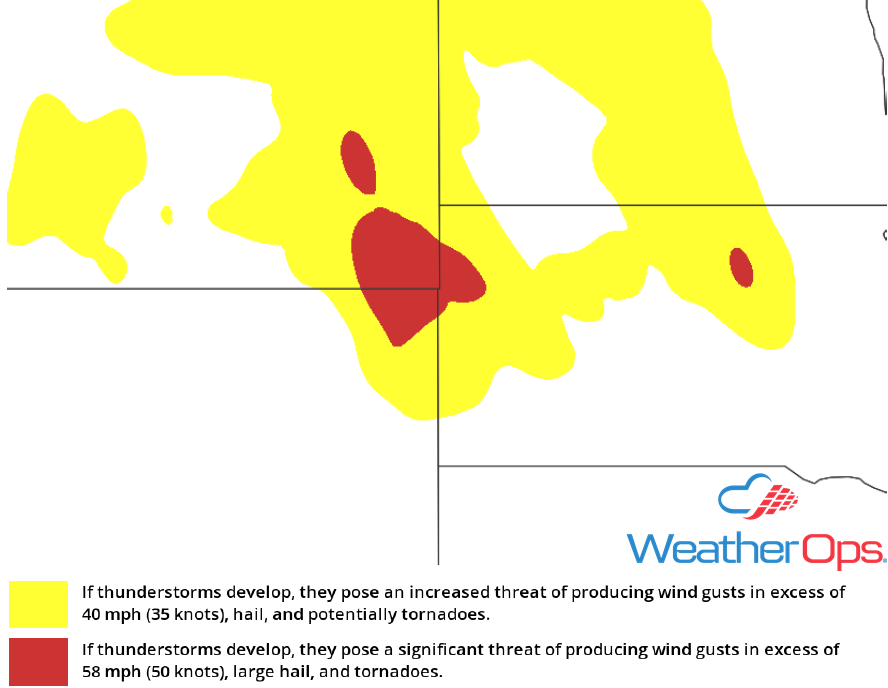 Risk for Thunderstorms Monday across Southeastern California and Southern Arizona
Showers and thunderstorms are expected to develop during the afternoon as instability builds due to daytime heating. Damaging winds will be the primary hazard with these storms. This activity should decrease as the sun sets. 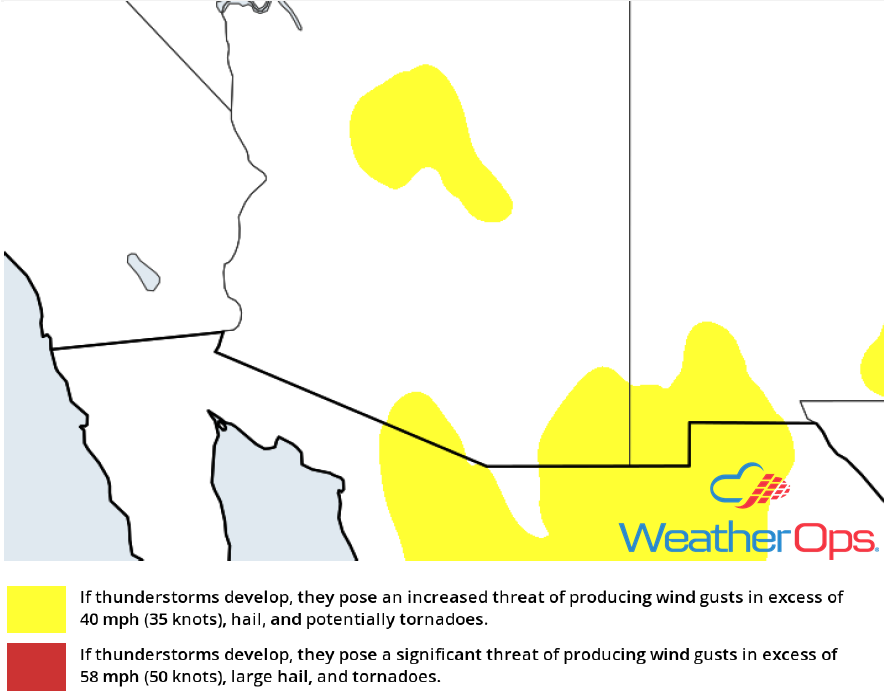 Excessive Rainfall for Southern Arizona on Monday
In addition to the thunderstorms described above, there will be a risk for heavy to excessive rainfall. Rainfall accumulations will range 1-3 inches with locally higher amounts in excess of 4 inches. 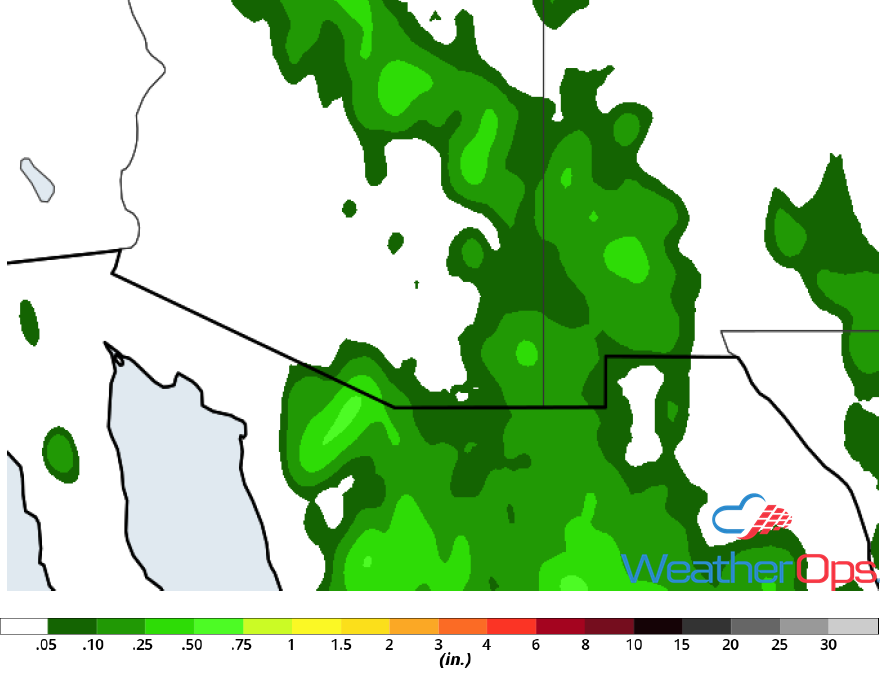 Thunderstorm Potential Tuesday for the Northern Rockies
A strong upper level low will move into south central Canada on Tuesday with a surface low developing in the lee of the Rockies. Southerly winds east of the low will bring warm moist air northward. As the low moves northeastward, a cold front will move through the region. Showers and thunderstorms will develop along and ahead of the cold front with damaging winds and large hail the primary hazards. Isolated tornadoes cannot be ruled out.

Thunderstorms for the Ohio Valley on Tuesday
Thunderstorms are expected to develop across the Ohio Valley on Tuesday as an upper level low moves eastward. At the surface, a cold front will move across the region, allowing for the development of isolated strong to severe thunderstorms. Activity will likely develop during the afternoon with damaging winds the primary hazard. Storms should dissipate during the evening with the loss of daytime heating.

Risk for Thunderstorms Wednesday for the Northern Plains
The cold front and upper level trough described above will support the development of thunderstorms across the Northern Plains on Wednesday. Large hail and damaging winds will be the primary hazards initially. However, as thunderstorms begin to cluster, damaging winds will become the main threat. These storms will move eastward and could continue into the overnight hours. 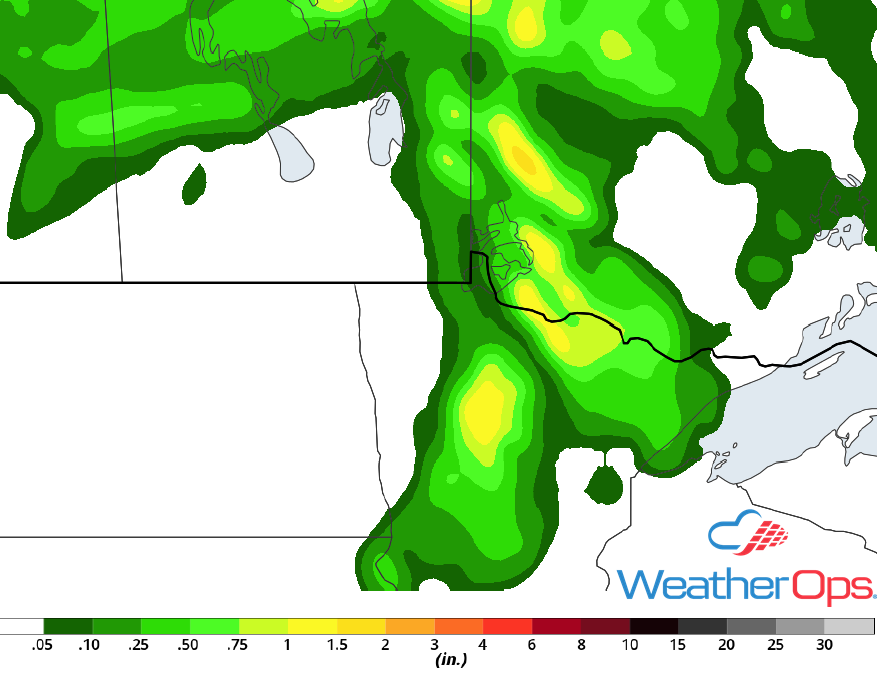 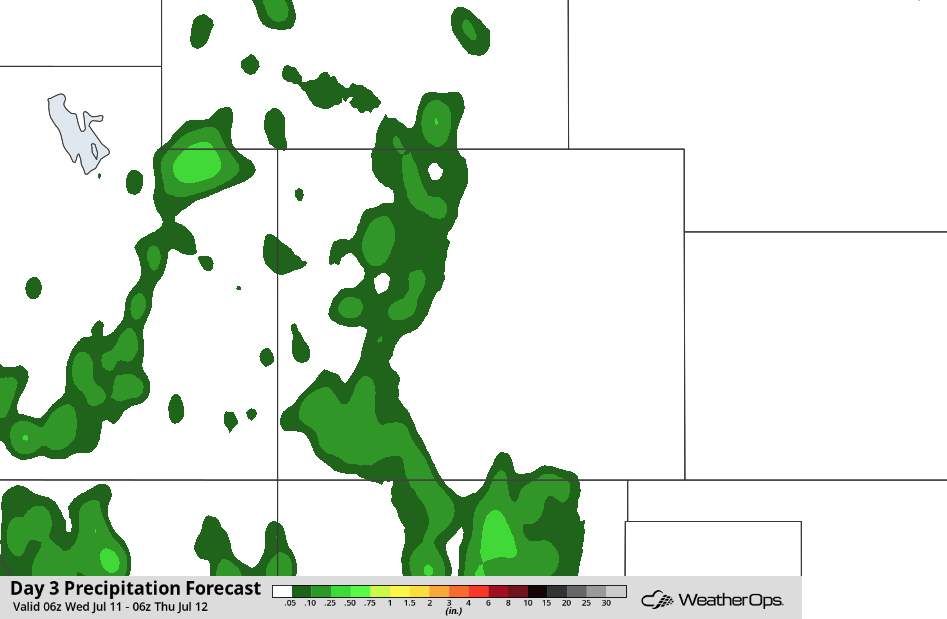 Tropical Update
Tropical Storm Chris (green oval) is currently located 215 miles south-southeast of Cape Hatteras, North Carolina with winds at 60 mph. It is presently stationary with little motion expected over the next day or so. Chris is expected to become a hurricane on Tuesday and move northeastward Wednesday into Thursday.

The remnants of Beryl (red oval) are continuing to produce heavy rainfall and strong winds across the northeastern Caribbean and the northern Leeward Islands. This disturbance is expected to move west-northwestward over the next day or so, passing over the Virgin Islands and Puerto Rico today, and Hispaniola tonight. Conditions will be unfavorable for redevelopment over the next day or two, but conditions could become more favorable for redevelopment later this week. 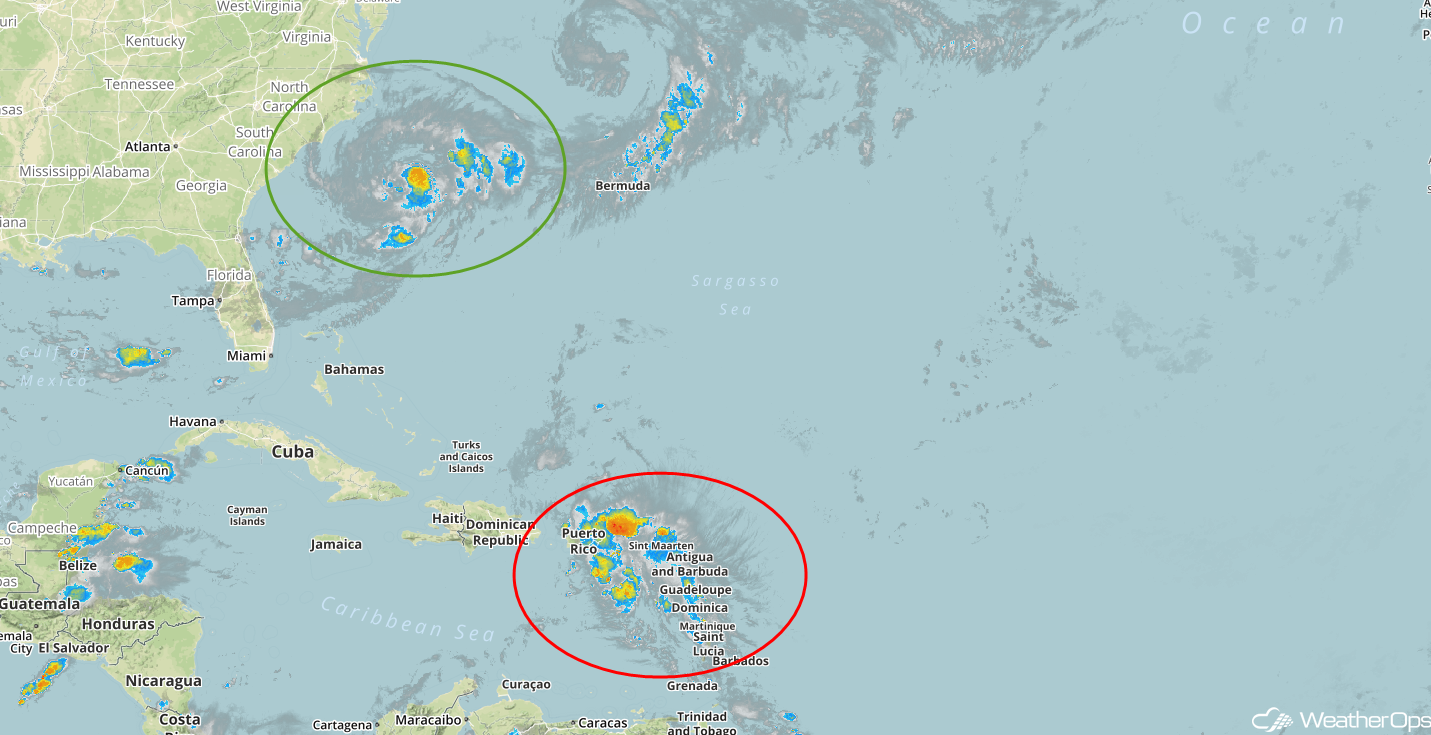