A weak mid-level low is currently over portions of the Southeast, allowing for cooler air in the mid-levels, which will support strong to severe thunderstorm development. With high amounts of moisture present and heating into the afternoon, a few thunderstorm clusters will have the potential to develop leading to some potential for higher wind gusts within the thunderstorms.

In addition to the severe weather threat, there will be a risk for localized flash flooding with some of the stronger thunderstorms, especially in far northern Minnesota where shower and thunderstorm activity is expected to be more persistent. Rainfall accumulations of 1-2 inches with locally higher amounts in excess of 3 inches will be possible.

With a weak surface boundary extending southward across portions of the Southern Plains on Monday, there will be a marginal risk for strong to severe thunderstorm development. Most of the building instability over the region will remain suppressed, however, a few high based thunderstorms could develop into the afternoon. The main threats with any thunderstorm that develops will be a threat for strong winds and hail. 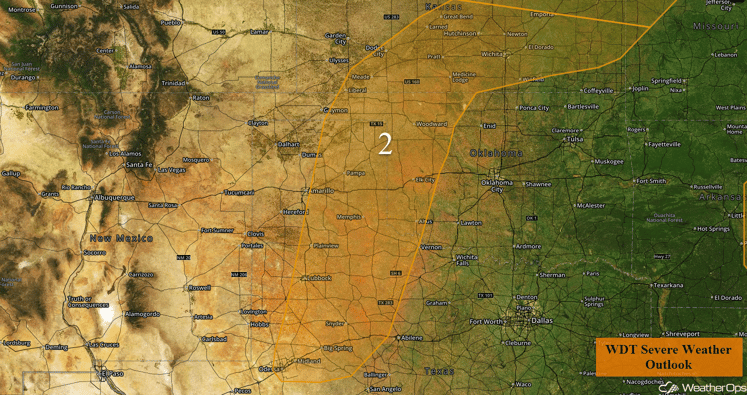 Scattered strong to severe thunderstorms are forecast throughout the Upper Midwest and southward into the Central Plains on Monday. An upper level low is forecast to track to the Northeast throughout the day, providing upper level support for severe thunderstorm development, especially into the afternoon and evening. At the surface, convection from last night is moving through some parts of the severe risk area. Instability is forecast to build with forcing and lift anticipated from the warm front and cold front moving through the region in association with the surface low over eastern North Dakota and South Dakota. As a result, with the instability and the lift provided by daytime heating and the fronts, a few supercells will be possible initially in the afternoon presenting the potential for large hail, damaging winds, and an isolated tornado. Thunderstorms are then forecast to evolve into a more linear structure, increasing the threat for damaging winds, especially over Iowa. 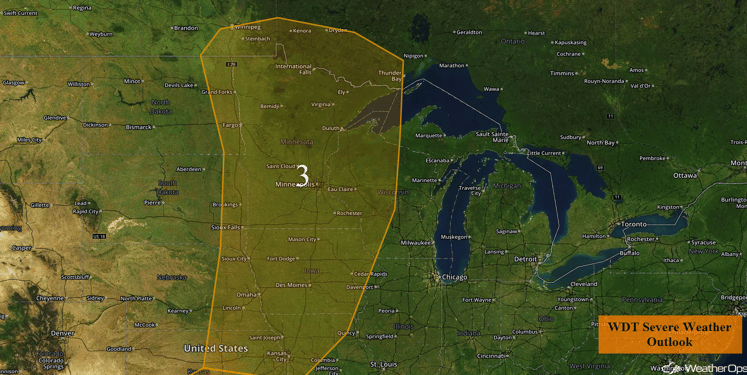 There will be a chance for strong to severe thunderstorms across portions of the Great Lakes through the Midwest into Kansas on Tuesday. A cold front will continue to push eastward through the region during the day with thunderstorm development expected ahead of the front during the afternoon. The most likely region for severe weather will be over the Great Lakes region where coverage is expected to be greatest. Further south into the Plains, activity is expected to be more isolated in nature with the threat being the greatest during the late afternoon hours. The primary hazards with any storm that becomes severe will be marginally severe hail and damaging wind gusts. 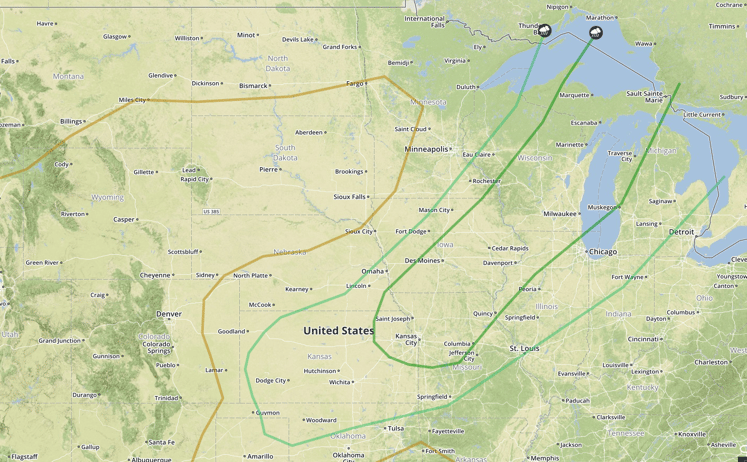 The chance for strong to severe thunderstorms will remain mostly stationary across the Great Lakes and into the Midwest on Wednesday as a cold front slows its progression to the east. Confidence is low regarding placement and overall intensity of the thunderstorms, however, there is a chance for the development of thunderstorms across the region during the afternoon and evening hours. Widespread severe activity is not expected, but isolated damaging winds and marginally severe hail will be possible.