Heavy snowfall will continue for portions of the Sierra Nevada on Monday as moisture streams into the region. Additional snowfall is expected Monday across northern Idaho and western Montana as a warm front lifts into the region. Mountain snow will continue Monday across portions of Utah and Colorado. As an area of low pressure tracks into the Great Lakes Monday afternoon, snow is expected across the region Monday night into Tuesday. 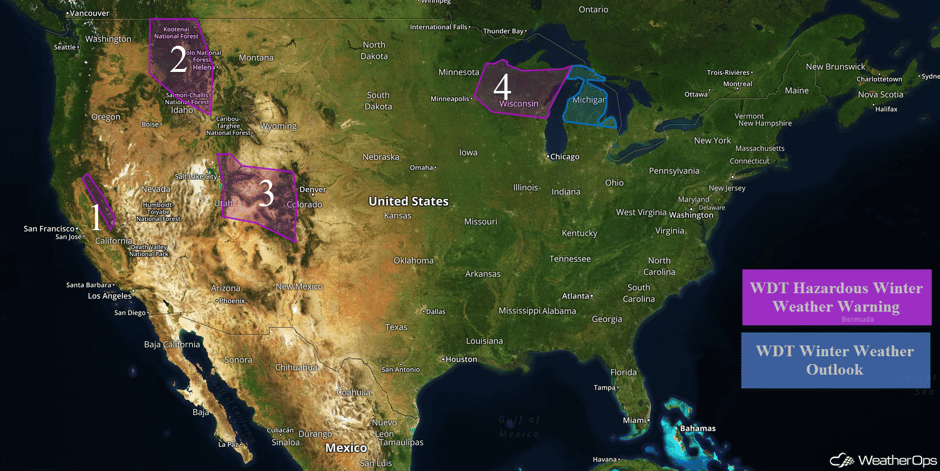 Region 1
Heavy snowfall will continue across Region 1 through Thursday across the Sierra Nevada as moisture continues to stream into the region. Snowfall totals through Thursday will likely exceed 3 feet over the course of the week, but the heaviest snow should wind down Thursday morning. 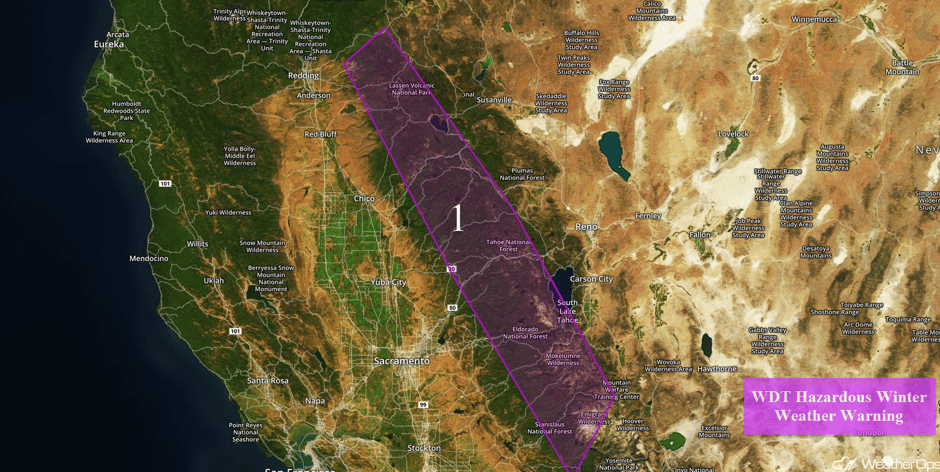 Region 2
An area of low pressure and warm front, in addition to plentiful moisture, will promote heavy snowfall across the higher elevations of Region 2. Snowfall is expected to continue through the day, a light glazing of ice is also possible. Snowfall totals of 5-8 inches with locally higher amounts in excess of a foot are forecast in the highest elevations.

Region 3
Heavy snowfall will continue across portions of Utah and Colorado on Monday as an area of low pressure moves eastward across the region. Snowfall totals of 1-2 feet are expected through Monday evening,

Snowing! Forecast is calling for some good accumulation - this may just call for a sick day tomorrow. #bcsnow #cowx pic.twitter.com/XH1D2fRuWT 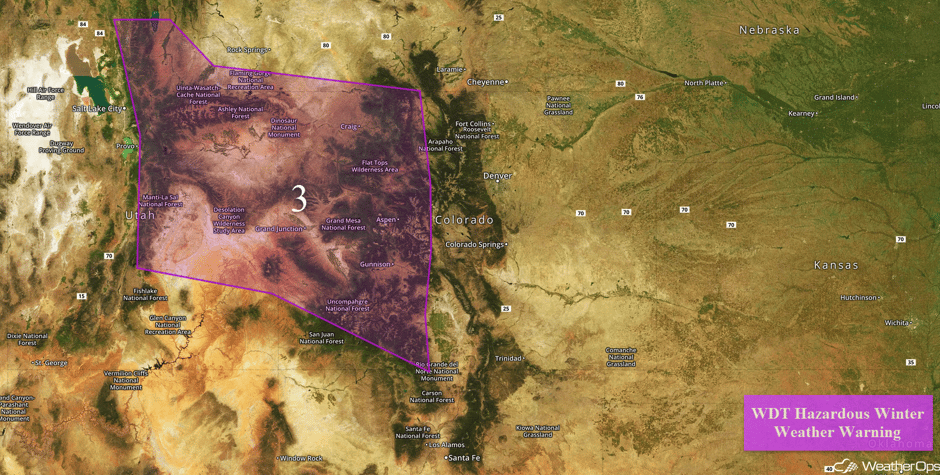 Region 4
An area of low pressure will track through the Great Lakes Monday and Tuesday, bringing along with it a chance for significant snowfall over the region. Light snow will spread over northern Wisconsin during the afternoon, increasing in intensity during the evening and overnight hours. By Tuesday afternoon, a warm front will likely transition the snow to a wintry mix for a short period of time. Total snow accumulations of 4-6 inches with isolated higher amounts in excess of 8 inches are forecast. Further to the east across the Lower Peninsula of Michigan, light snow will begin early Monday evening and will continue to increase in intensity during the evening and overnight hours. Snowfall accumulations of 3-5 inches with locally heavier amounts in excess of 6 inches are expected. 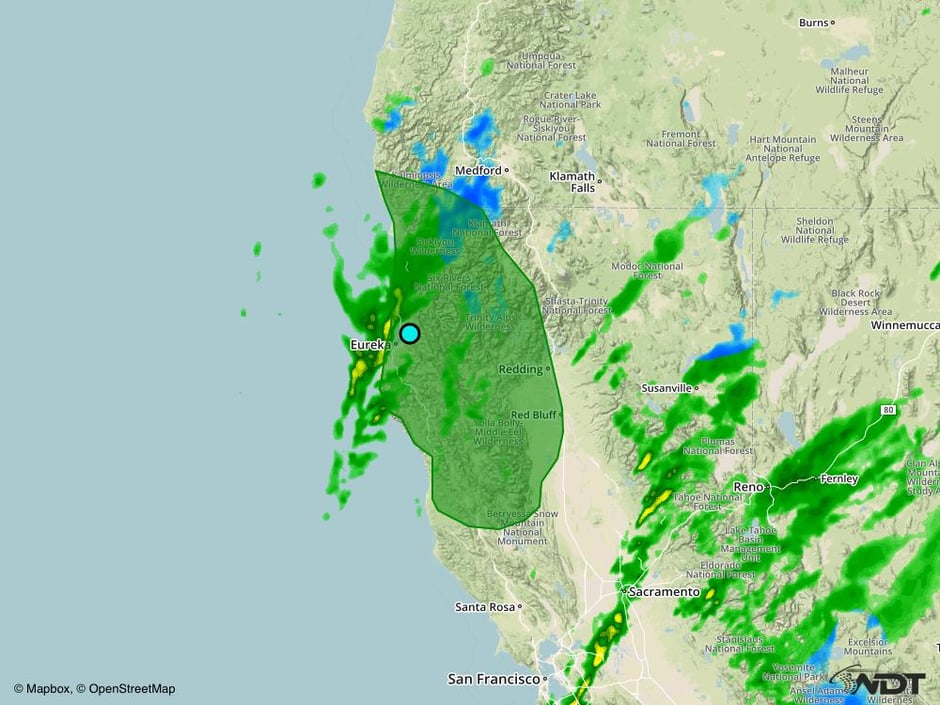 Significant Snowfall Possible for Portions of the Northwest and Rockies on Wednesday
Moderate to heavy snowfall will be ongoing Wednesday morning over the high terrain in the California Coastal ranges, Sierra Nevada, and the Central Rockies. The snow will gradually decrease in intensity throughout the day as an area of low pressure begins to shift eastward. Several inches of snow will be likely over the mountains throughout the day. 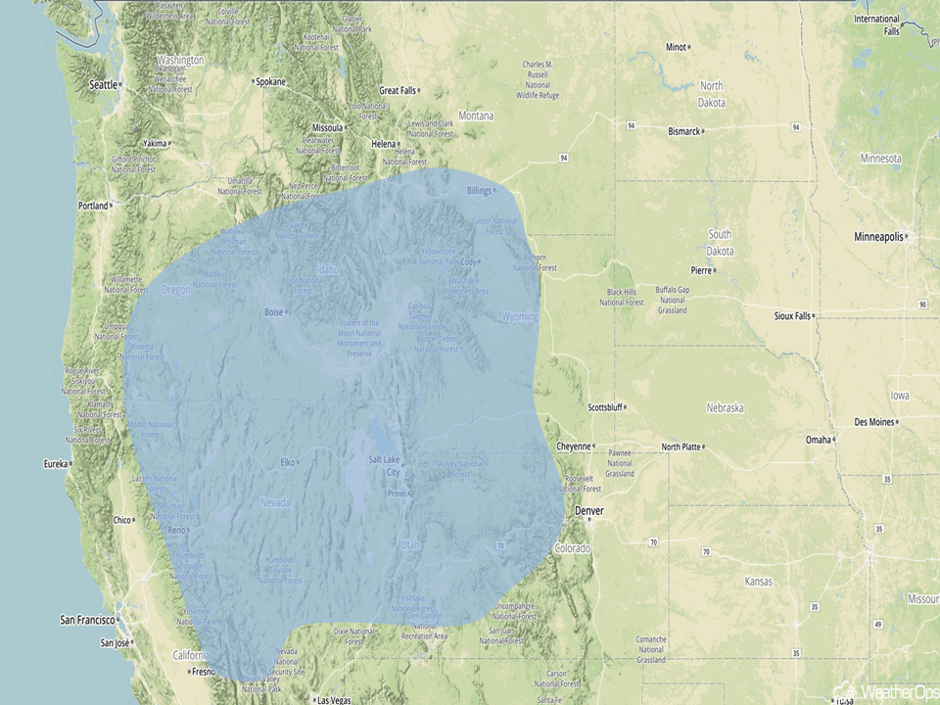 A Look Ahead
Model guidance has been remarkably consistent over the past few days indicating the potential for a significant winter storm over portions of the Plains beginning late Friday and continuing into Saturday. An upper level system will interact with a stalled front draped across Missouri and into North Texas. This setup will likely favor significant freezing rain and/or sleet, leading to a large swath of ice accumulation over an area north of the boundary. With this in mind, the position of the cold air will be a key factor to where most of the freezing rain occurs. The forecast will likely wobble north and south over the next few days, however, it is probable that significant winter weather will occur in the threat region.