Snow will continue across the Great Lakes through Tuesday as an upper level trough moves eastward.

Continued Snow for the Great Lakes through Tuesday
Heavy snow is ongoing across the western Great Lakes and will continue to spread eastward across Michigan through Tuesday as a strong clipper system moves across the region. Snowfall totals will range 8-12 inches with locally higher amounts in excess of 16 inches. In addition to the snow, gusty winds will lead to blowing and drifting snow, as well as bitterly cold wind chills. 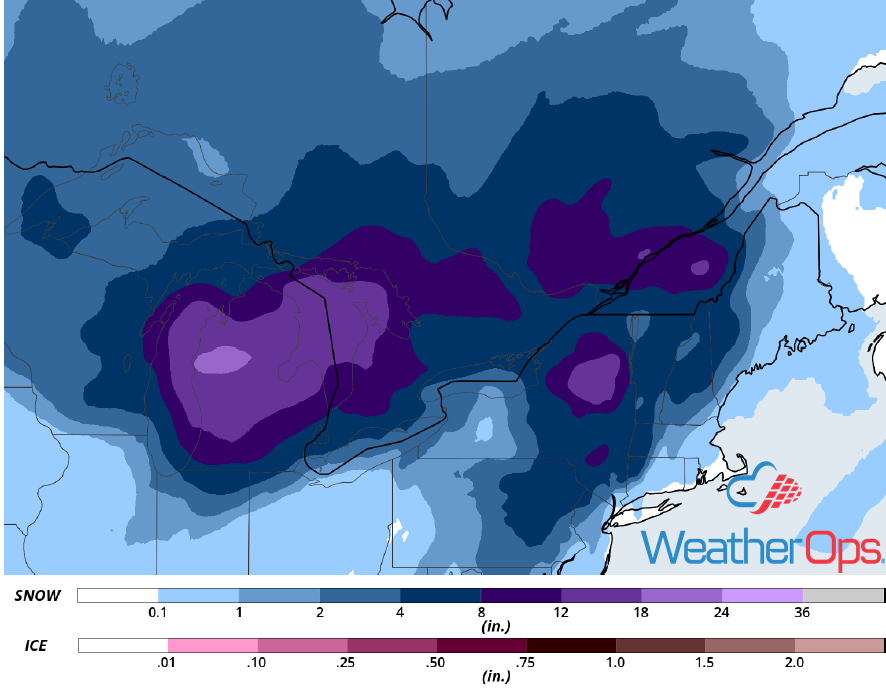 Snow Tuesday across the Southeast
As a strong cold front moves through the Southeast on Tuesday, rain ahead of the front is expected to transition to snow. Snowfall accumulations are not expected to be particularly high. However, accumulations of 1-2 inches will be possible, with slightly higher accumulations  in excess of 4 inches over the southern Appalachians. This snowfall could lead to some travel disruptions on Tuesday. 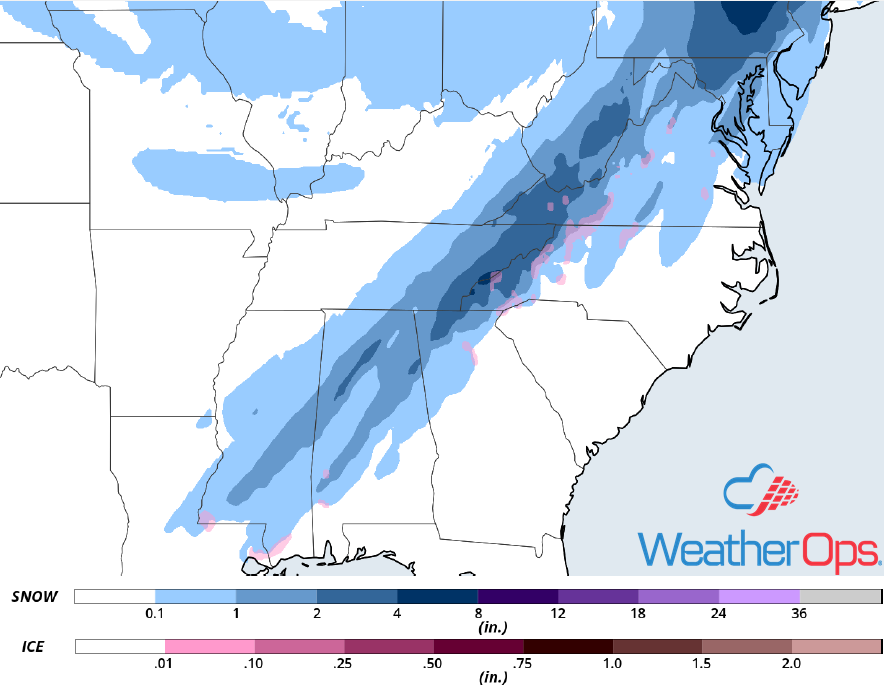 Snow Accumulation for Tuesday and Wednesday