Snow is expected for the Sierra Nevadas through Thursday as a series of disturbances move across the region. An area of low pressure will bring the potential for excessive rainfall to portions of southern California through Wednesday.

Snow for the Sierra Nevadas through Thursday
As an area of low pressure moves onshore today, strong southwesterly flow will bring plentiful moisture into the higher elevations of the Sierra Nevadas, producing significant snowfall. Accumulations of 2-4 inches will be likely for the first half of the week across the South Lake Tahoe area and mountains. This system will interact with a secondary mid-level trough on Tuesday, bringing several feet of snow above 7,000 feet and in the highest mountain ridges. Above 5,000 feet, 10-14 inches are expected. In the lower elevations, 4-8 inches are forecast. A mixture of freezing rain and snow is expected in the valleys to the south and east along the ridgeline. High winds are likely, especially in the mountains, where winds could gust in excess of 50 mph. 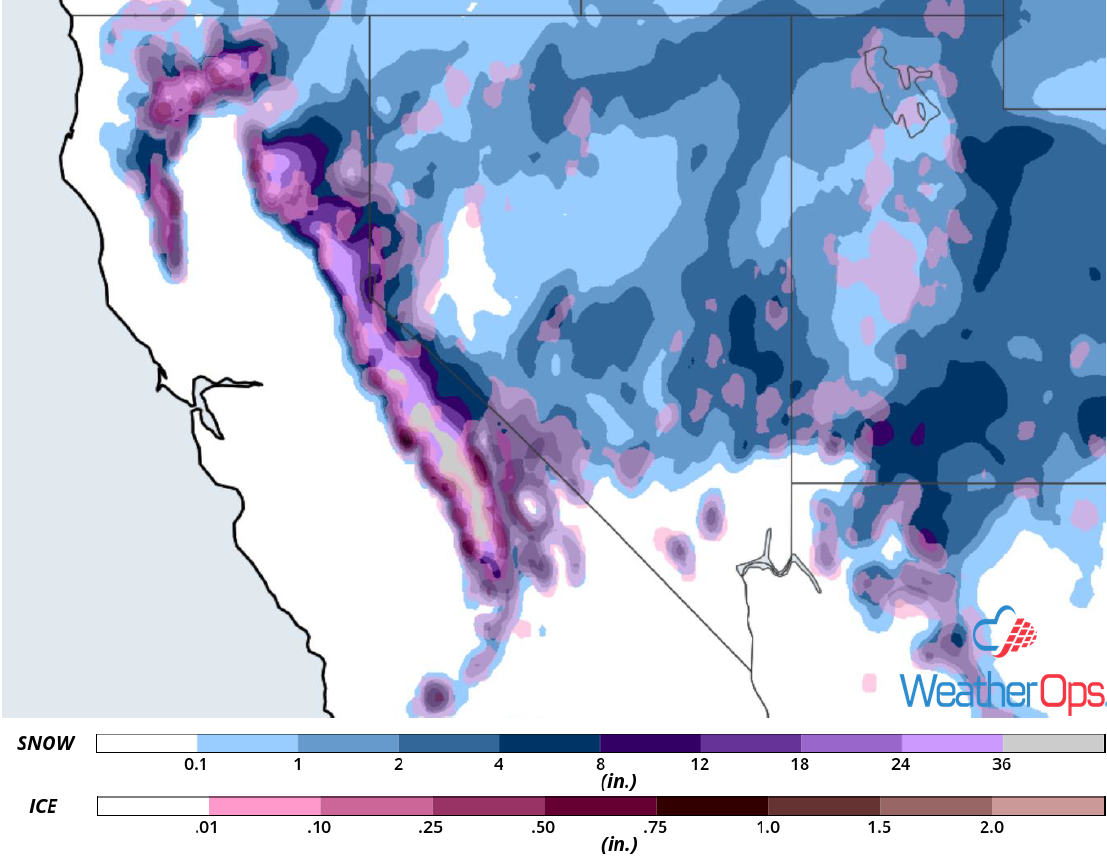 Excessive Rainfall through Wednesday for Southern California
Several upper level systems are forecast to move onshore the California coast this week, bringing a potential for excessive rainfall. The first system will bring showers to portions of southern California today, increasing in intensity throughout the day as southwesterly flow brings moisture into the region. Rainfall totals will range 1-2 inches with locally higher amounts forecast. This system will interact with another system on Tuesday, producing an additional 1-3 inches of rainfall across the region. Three day rainfall totals will range 3-5 inches, with rainfall rates up to 0.25 inch per hour at times. Some scattered thunderstorms may develop during the daytime hours; wind gusts in excess of 25 mph will be the primary hazard with these storms.