Excessive rainfall is expected across Northern California through Tuesday as an area of low pressure moves through the region. Snow will continue from the western US into the Northern Rockies through Wednesday. Elevated winds and seas will continue across the Gulf of Mexico through Monday as a cold front moves eastward. Dense fog will continue along the Texas and Louisiana coasts through Friday morning.


Periods of heavy rain and showers will continue to impact portions of northern California today and Tuesday as a slow-moving storm system tracks through the western US. Model guidance indicates that additional rainfall amounts in this region could range from 3-6 inches, with locally higher amounts in excess of 8 inches. This additional rain combined with prior rain from Sunday will lead to a continued risk of flooding and rock/mudslides. Rainfall will likely continue on Wednesday but should also begin to taper off by midweek. 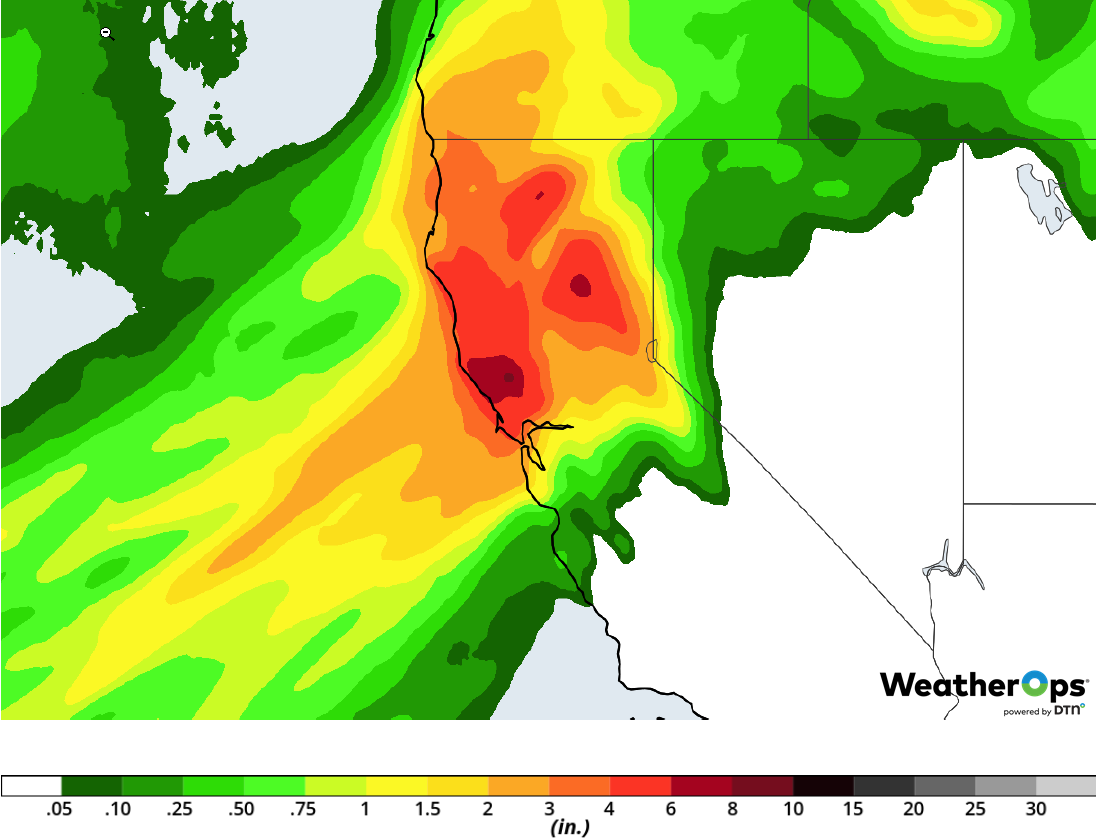 Snow from the West Coast into the Rockies through Wednesday
A large and rather slow progressing upper-level storm system is likely to bring continued snowfall to portions of the western US eastward into the northern Rockies through at least midweek. Heavy snowfall accumulations in excess of 1 foot can be expected over the southern Cascades, Sierra Nevada range, and northern Rockies. Light amounts can be expected for low elevations and valleys, though some travel difficulties will be possible. Gusty winds over the higher terrain may also lead to areas of blowing and drifting snow. 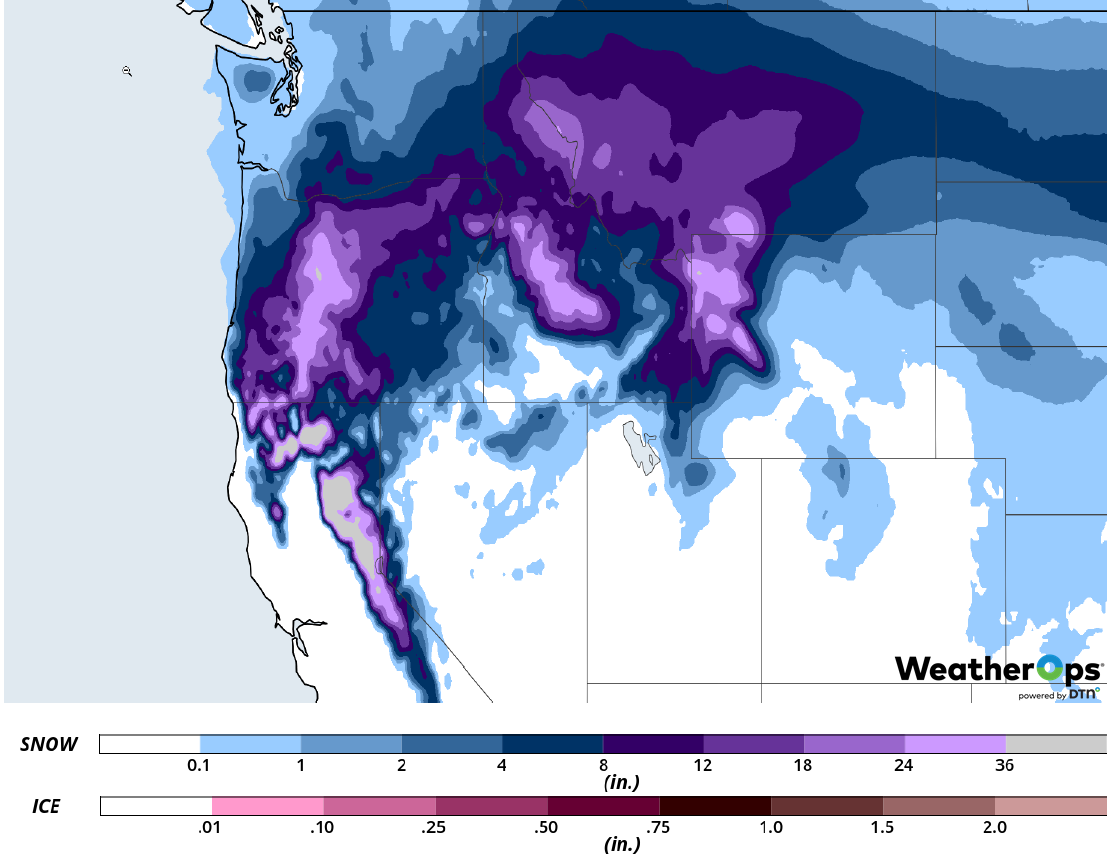 Elevated Winds and Seas Monday across the Gulf of Mexico
Elevated winds and seas are expected through Monday as a cold front moves eastward. Winds will be northerly to northeasterly at 20-25 knots with gusts in excess of 30 knots. Seas will range 6-9 feet. 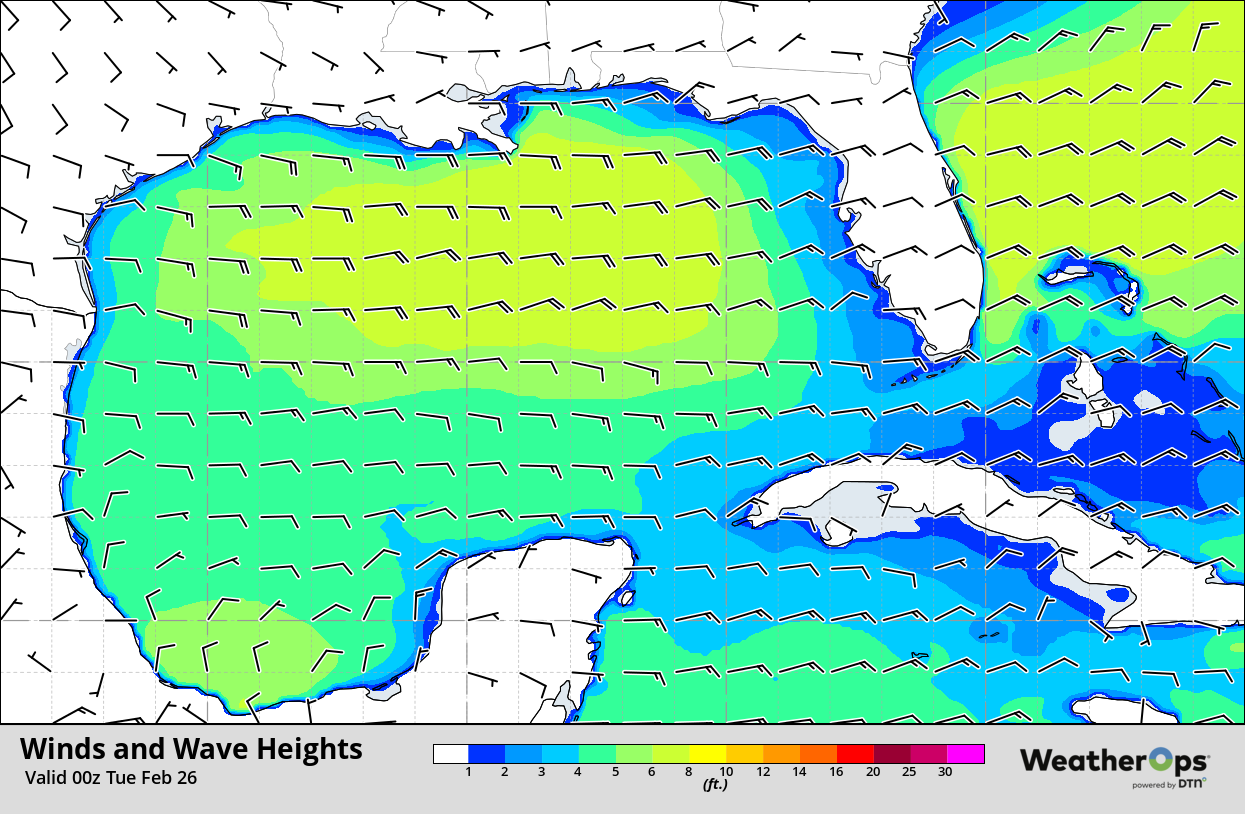 Thunderstorms Tuesday for the Gulf Coast
As a warm front intensifies over the Gulf of Mexico and lifts northward, elevated thunderstorms are forecast to develop along and north of the front on Tuesday. There will be a risk for strong to potentially a few severe thunderstorms throughout the region, primarily from southeast Texas to the Mobile Bay area. Hail will be the primary hazard with any strong to severe storm that develops.

Snow from the Northern Plains into the Northeast Tuesday and Wednesday


An upper-level disturbance swinging southward out of Canada and then eastward across the northern US will bring a risk of moderate to potentially heavy snowfall to the Northern Plains on Tuesday and spreading into portions of the Northeast on Wednesday. Accumulations in excess of 4 inches are expected. 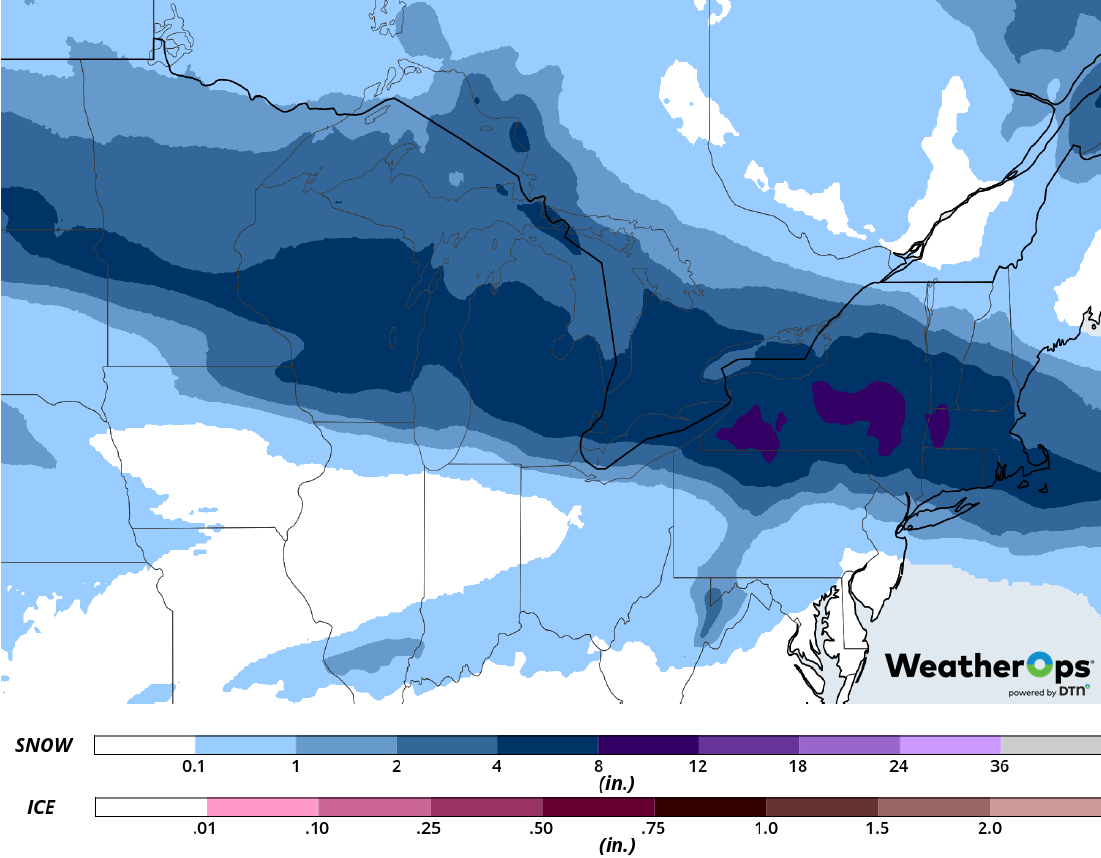 Snowfall Accumulation for Tuesday and Wednesday