Thunderstorms will continue to push eastward from south Texas into Louisiana and the Gulf of Mexico ahead of a weak boundary through Monday morning.

Region 1
A line of thunderstorms across eastern Texas will continue to push eastward into Louisiana through the morning. Damaging winds will be the primary hazard with these storms, but frequent lightning, heavy rainfall, flash flooding, and small hail will also be concerns.  As thunderstorms continue to move into Louisiana, daytime heating will allow for some strengthening during the afternoon. The primary hazards will be damaging winds this afternoon, but an isolated tornado or two cannot be ruled out especially near or along the coastal areas of Texas and Louisiana. 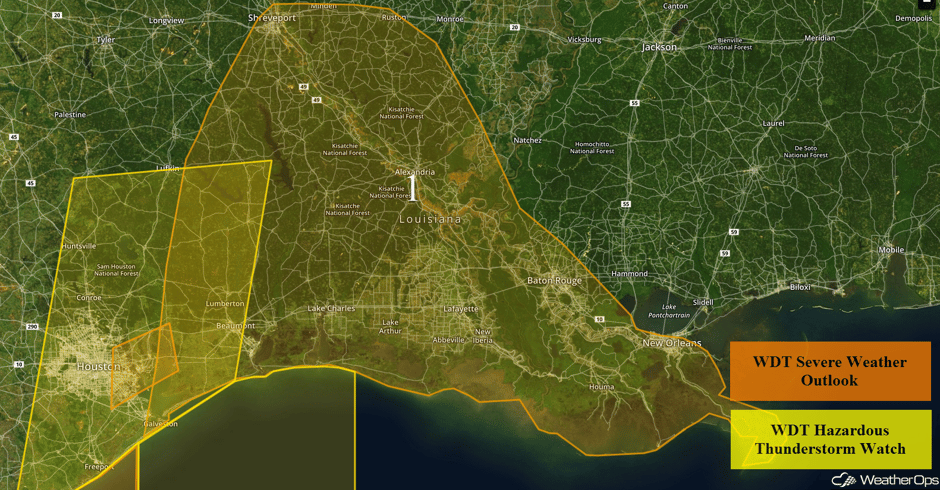 Region 2
As the thunderstorms across south Texas continue to move eastward into the Gulf of Mexico, strong wind gusts, locally enhanced seas, frequent lightning, and heavy rain will be the primary hazards. An isolated waterspout cannot be ruled out along the leading edge of the storms. Winds will shift from the south to the northwest as thunderstorms continue to move through the region.

Excessive Rainfall Possible for Northern California
Periods of rain and showers associated with a Pacific cold front will continue to develop and spread across much of northern California while increasing some in intensity today. Widespread rainfall amounts of 1-3 inches with locally heavier amounts in excess of 4 inches are expected. Higher amounts will be possible near the Sierra Nevada range. Given the recent heavy rains and the ongoing issues with the Lake Oroville Dam spillways, there could be an increased risk of flooding across the area. 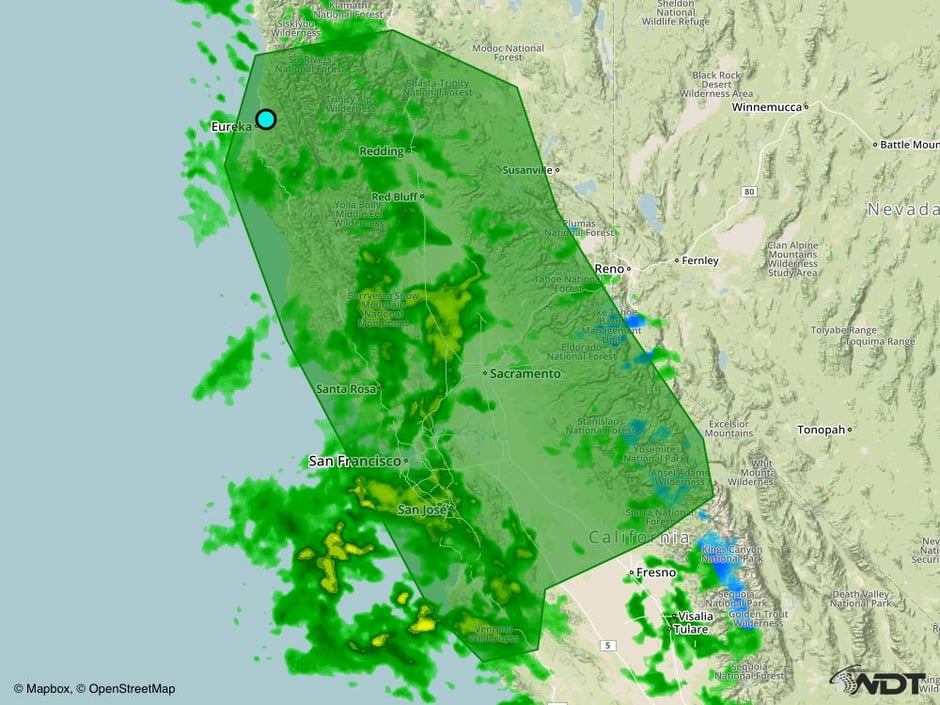 An area of low pressure is expected to move out of the Rockies and rapidly intensify on Thursday as it tracks across the Great Plains. As it interacts with cold air moving southward out of Canada, wintry precipitation is forecast to develop to the north of the low, beginning across the northern High Plains during the morning hours and spreading eastward toward the Great Lakes through Thursday night. There appears to be a potential for significant snowfall accumulations in excess of 6 inches for many locations, and gusty winds will also lead to areas of blowing snow and blizzard or near-blizzard conditions. In addition to the heavy snow, a narrow band of freezing rain and sleet may develop across Wisconsin and Michigan later in the day as a warm front lifts northward through the region. Snow will continue into Friday across the Upper Midwest and Great Lakes with additional snowfall totals in excess of 6 inches possible, bringing two day totals in excess of a foot. A narrow band of sleet and freezing rain will once again be possible on Friday across Wisconsin and Michigan as a warm front moves northward.