Strong to severe thunderstorms are expected to develop this afternoon across portions of Texas ahead of a cold front. To the northwest of the area of low pressure associated with the cold front, wintry precipitation is expected across the Texas Panhandle and eastern New Mexico. Heavy snow will continue across portions of Maine as an area of low pressure moves across the region. 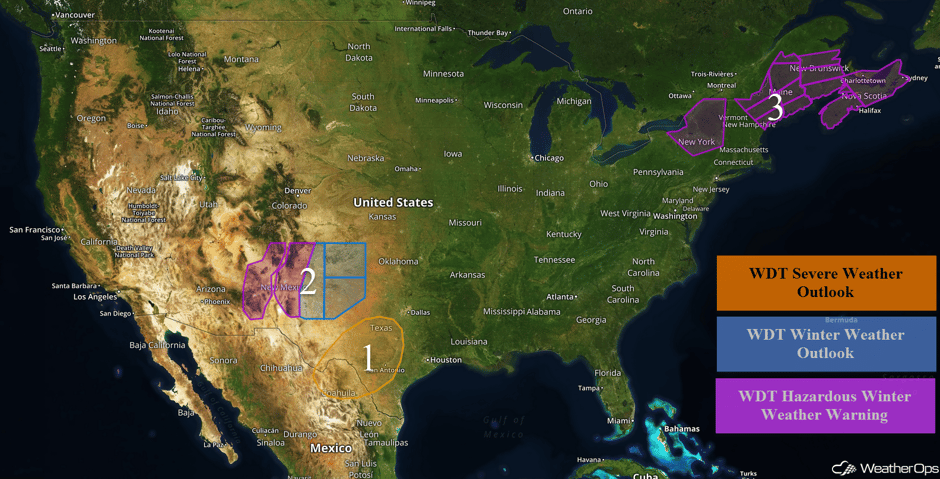 Region 1
An upper level low will move into the region today and tonight. Thunderstorms are expected to increase in coverage from the west late this afternoon and tonight in association with this system. At this time, conditions do not appear overly supportive of a significant severe weather threat. Large hail and damaging winds will be the primary hazards with any storms that develop.

Region 3
An area of low pressure will track from North-Central Canada into the Canadian Maritimes and Northeast Wednesday and Thursday. Moisture will be pulled into the region from the south and combine with cold air to produce areas of moderate to heavy snowfall. Snowfall amounts of 4-8 inches with locally higher amounts are expected. Winds gusting in excess of 25 mph will cause blowing and drifting snow.

Mercifully, the @WMTWTV engineering staff has cleaned off every car in the parking lot! #mewx 🎉❄️🚗 pic.twitter.com/2tY9q4y1pJ

They weren't kidding about this blizzard thing. My deck is completely buried and the bench is barely sticking out. 😳😬❄️ #MaineBlizzard #mewx pic.twitter.com/K1dyjpfte9

Major Cities in Region: Burlington, VT, Portland, ME, Augusta, ME, Bangor, ME

Severe Thunderstorms Possible for Texas and Louisiana on Tuesday
Thunderstorms may develop from eastern Texas through the Florida Panhandle on Tuesday as an area of low pressure moves eastward. Ahead of this low, moisture will move northward, allowing instability to build. Storms are expected to grow into linear structures with damaging winds and tornadoes the primary hazards, but there will also be a risk for hail as well. Excessive rainfall amounts of 1-2 inches with locally higher amounts may lead to localized flooding.

Strong to Severe Thunderstorms Possible for Southeastern US on Wednesday
An area of low pressure, plentiful moisture, and a cold front will be moving across the Deep South on Wednesday. This will allow for another day of potential severe weather. Ongoing thunderstorms are expected to begin the day with activity moving toward the coastline. Large hail, damaging winds, and tornadoes will all be possible with these storms. During the evening, the thunderstorm risk will shift southward into Florida. 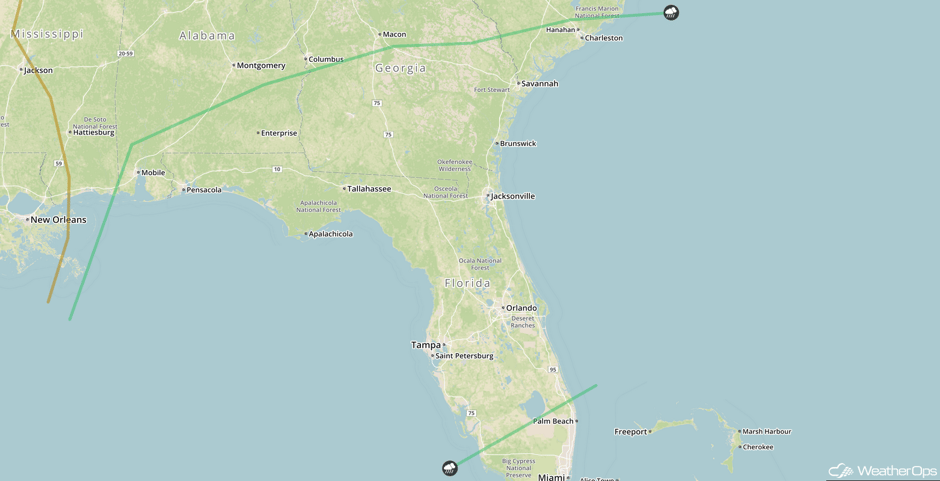 Excessive Rainfall Possible for Pacific Northwest on Wednesday
Heavy precipitation will be possible along the coastal regions of the Pacific Northwest on Wednesday as a cold front begins to move into the region, allowing for heavy rainfall. Rainfall amounts of 1-2 inches with isolated higher amounts in excess of 3 inches will be possible, mostly along the bases of the high terrain of the region. 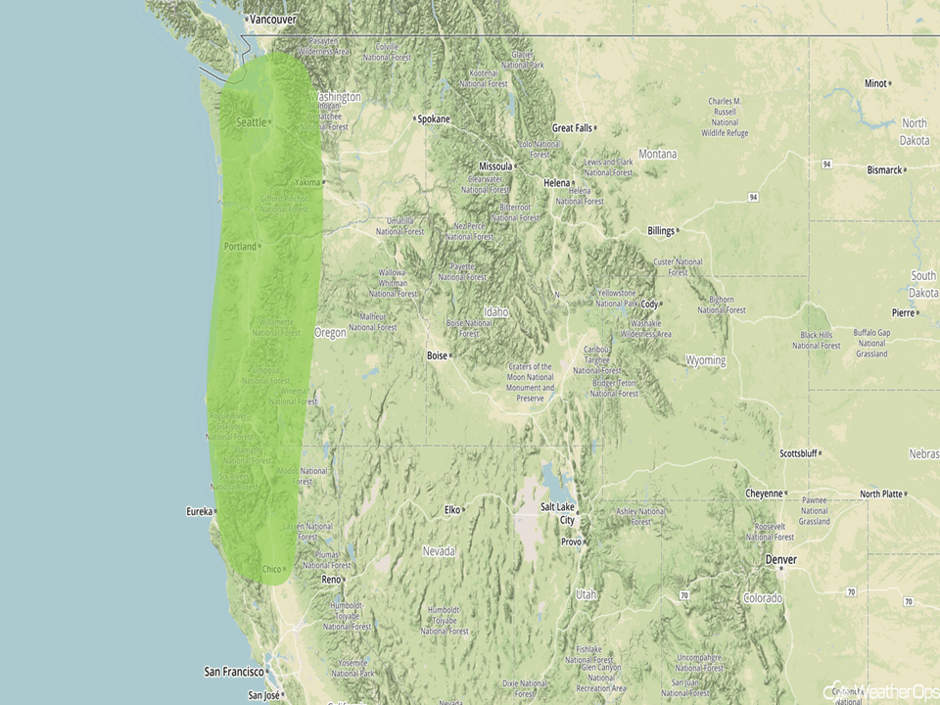