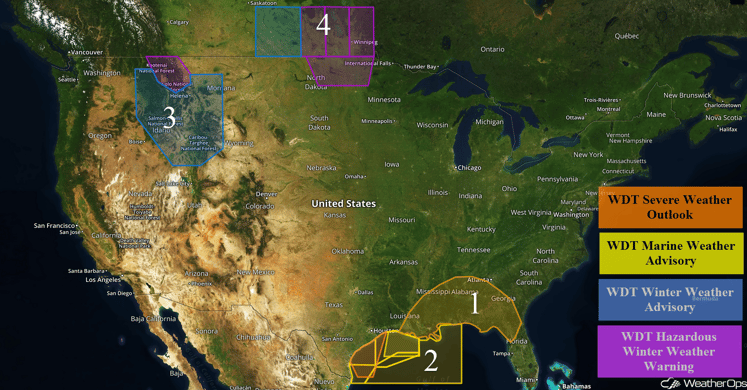 Region 1
An area of low pressure in the Gulf of Mexico will lift up through Louisiana today, bringing plentiful moisture with it, allowing for the development of thunderstorms throughout the day. Thunderstorms will develop in the Gulf before moving inland, with the highest threat near the coastline. A warm front will also lift northward and severe weather will be possible along this boundary as well. A tornado risk is expected with supercells that move inland, but otherwise damaging winds should be the primary risk. There will also be a low risk for hail. 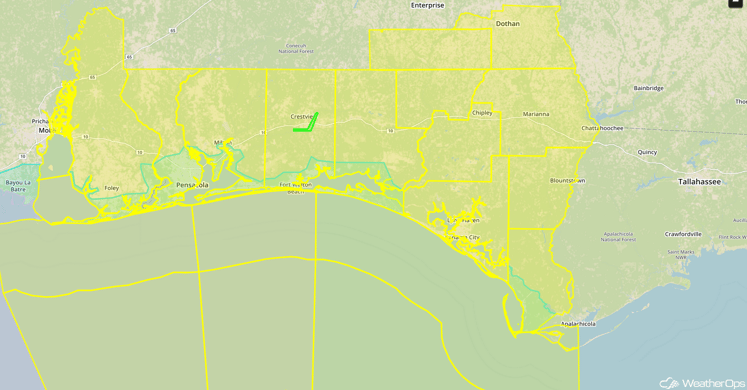 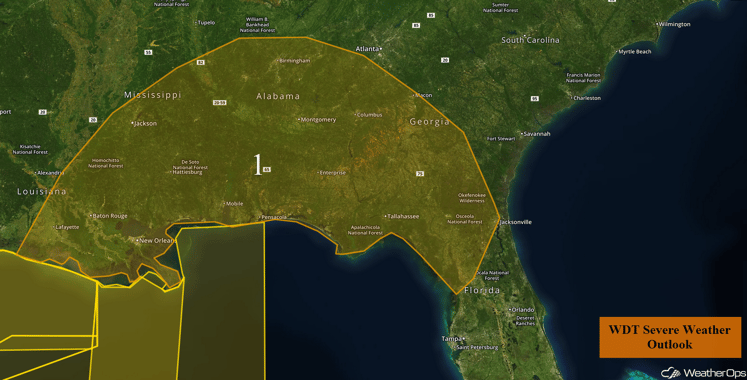 Region 2
An area of low pressure lifting northeastward across the Gulf and across Louisiana will result in scattered to numerous thunderstorms today. In addition, winds will shift from the southeast to the south-southwest this evening as a cold front advances eastward. Sustained winds of 15-20 knots will increase to 20-25 knots this evening with gusts of 25-35 knots possible through this evening. Seas will be 4-6 feet during the day, but will build to 5-7 feet tonight.

Region 3
Snow will continue through the morning across portions of northwestern Montana. Total snowfall accumulations of 4-7 inches with isolated higher amounts in excess of 10 inches will be possible. Elevations above 7,000 feet will likely see snowfall accumulations of more than a foot. Wind chills will also fall into the teens across the region. 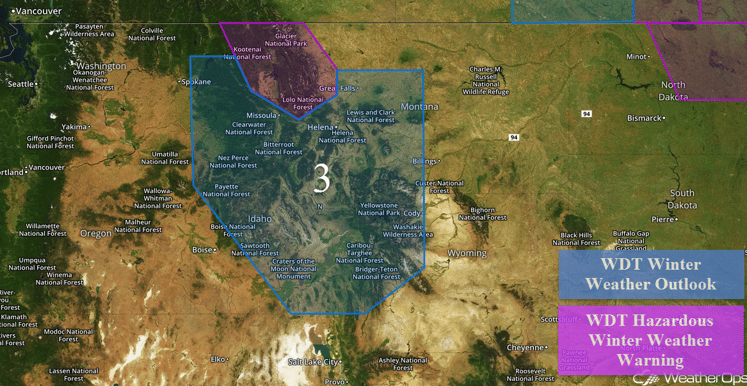 Region 4
A strong surface low and cold front will move through the Dakotas and lift northward into Canada through Tuesday, allowing for the development of heavy snowfall. Snowfall totals of 6-10 inches are currently forecast, but isolated higher amounts in excess of a foot cannot be ruled out. This arctic cold front is expected to cause temperatures to plummet, with temperatures expected to reach single digits and wind chills below zero. Temperatures in the region will continue to fall beyond the winter weather event. Besides creating very cold wind chills, blowing winds will also allow for limited visibilities as well as drifting snow.

Strong to Severe Thunderstorms Possible across the Southeast on Tuesday
Thunderstorms are expected to be in progress Tuesday morning along the leading edge of a cold front. Moderate instability and strong wind shear ahead of this warm front will maintain a severe weather threat from Monday night into Tuesday, with the threat spreading eastward into northern and central Florida, southern Georgia, and southern South Carolina. Damaging winds will be the primary hazard, in addition to a few tornadoes. The most likely time for severe weather during the morning and early afternoon hours.

Significant Snowfall Possible on Tuesday across the Central High Plains and Front Range
Snow showers are forecast to develop along the Front Range of the Rockies late Tuesday as cold air moves south out of Canada. Snowfall accumulations of 3-6 inches with isolated higher amounts in excess of 8 inches. The heaviest accumulations will likely occur along the Front Range of the Rockies and in the Rocky Mountain foothills. 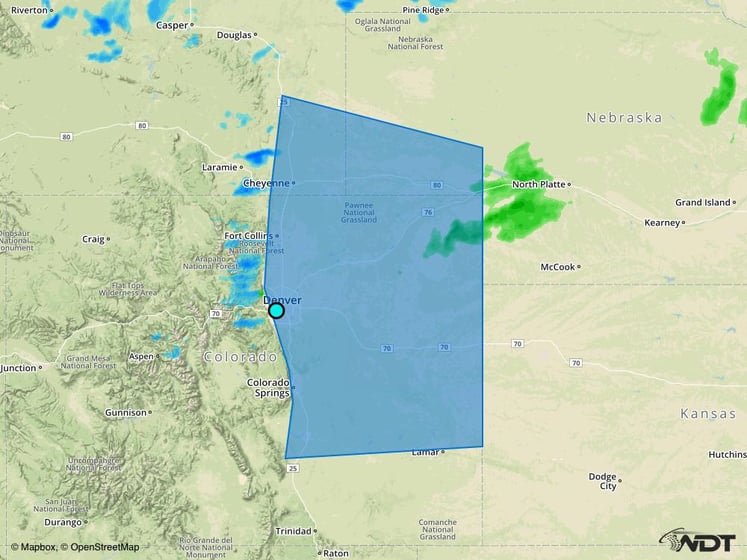 Significant Snowfall Possible Wednesday across eastern Kansas and western Missouri
Snow flurries are forecast along and behind a strong cold front on Wednesday across portions of the Central Plains. Given the lack of deep moisture and fast-moving nature of the cold front, accumulations of 2-4 inches are expected, with isolated higher amounts in excess of 6 inches possible near the I-70 corridor from Topeka to Kansas City. 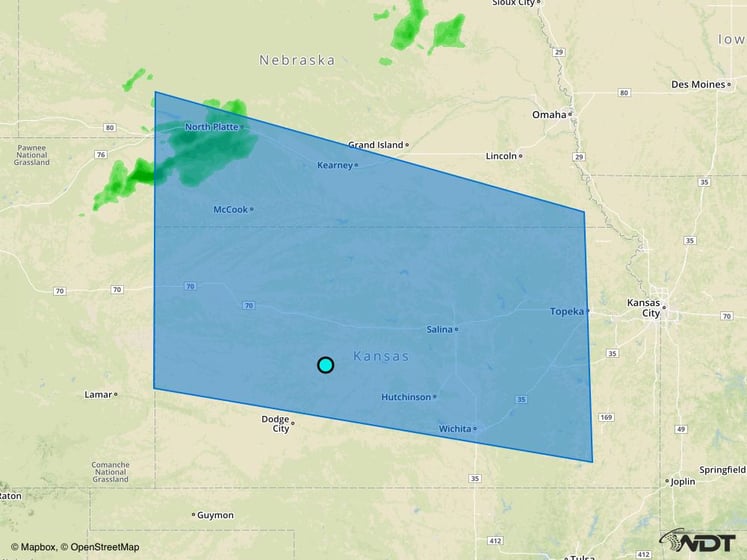 A Look Ahead
Snow showers are expected to develop ahead of an advancing warm front in northern Idaho by Thursday afternoon. Widespread snowfall accumulations of 4-8 inches will be possible across the mountainous regions of northern Idaho, with accumulations of over one foot possible over the timberline and mountain passes. Snow will continue into Friday, as a strengthening surface low near Vancouver Island continues to provide large scale lift across the region, bringing two day totals to near one foot in many locations. Accumulations may approach two feet above the timberline and in mountain passes.