Moderate to heavy snow will continue across the Northern Cascades and Rockies through Tuesday as an upper level trough moves across the region. Snow will persist across Maine through Tuesday. Continued snow is expected across the Sierra Nevadas on Monday.

Continued Snow for the Northern Cascades and Rockies through Tuesday
Snow will continue across the Northern Cascades through Tuesday as an upper level trough continues to move eastward. Forecast snow totals of over two feet are likely in the highest ridges. Accumulations of 10-14 inches are expected from the Cascades into the Northern Rockies. In the lower elevations, snow accumulations will range 4-8 inches. A wintry mix is also forecast in the valleys. Precipitation will begin to taper off early Wednesday. 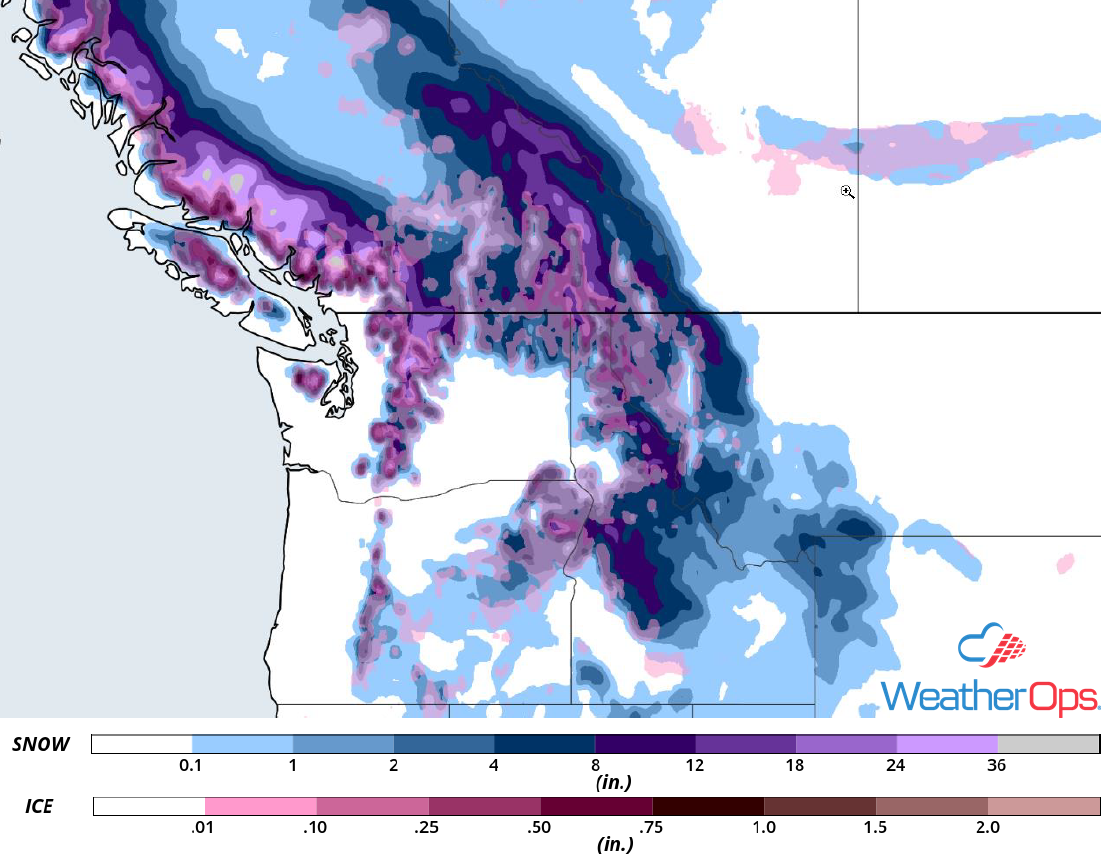 Major Cities in Region: Portland, ME, Bangor, ME 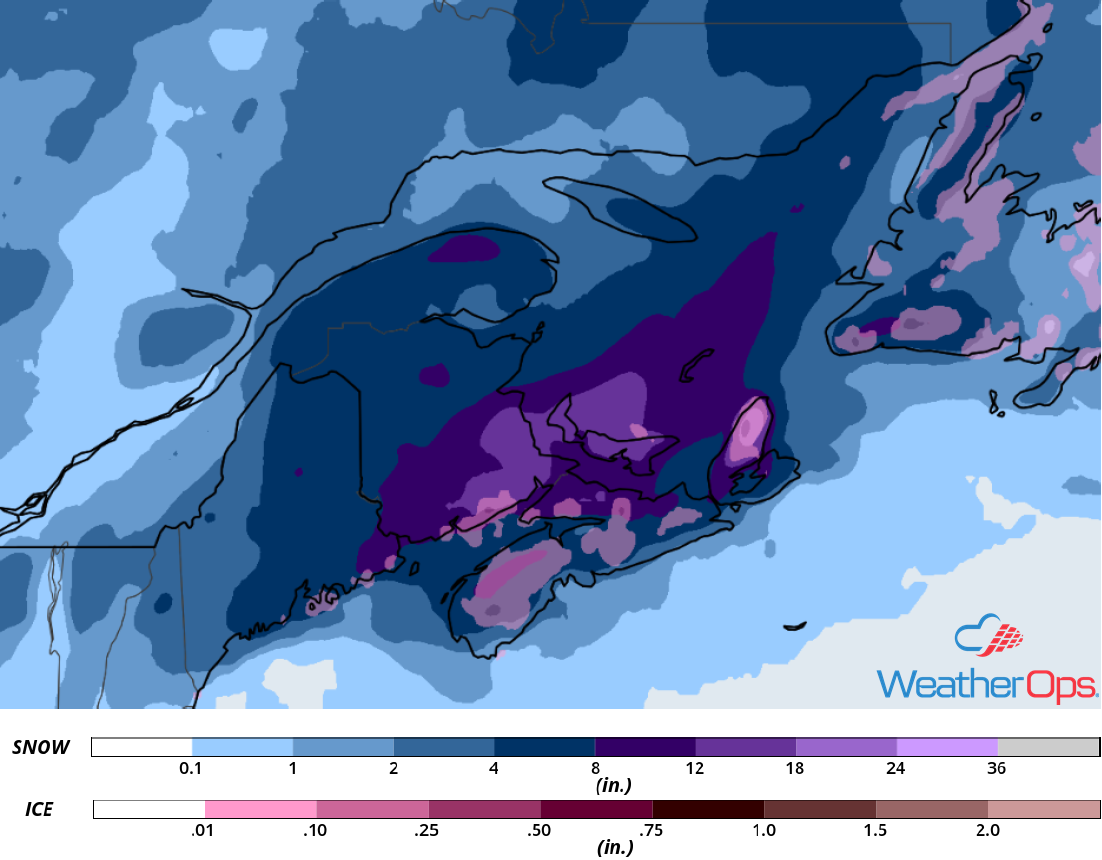 Snow for the Sierra Nevadas on Monday
Deep moisture associated with an upper level low off the West Coast will allow for moderate snowfall across the Sierra Nevadas today. Snowfall totals will range 5-8 inches in the mountains with higher totals in the mountain ridges. Below 7,000 feet, snow accumulations will range 2-5 inches. Freezing rain may develop in the valleys where temperatures are warmer. In the higher elevations, winds could gust in excess of 30 mph, creating the potential for blowing snow. 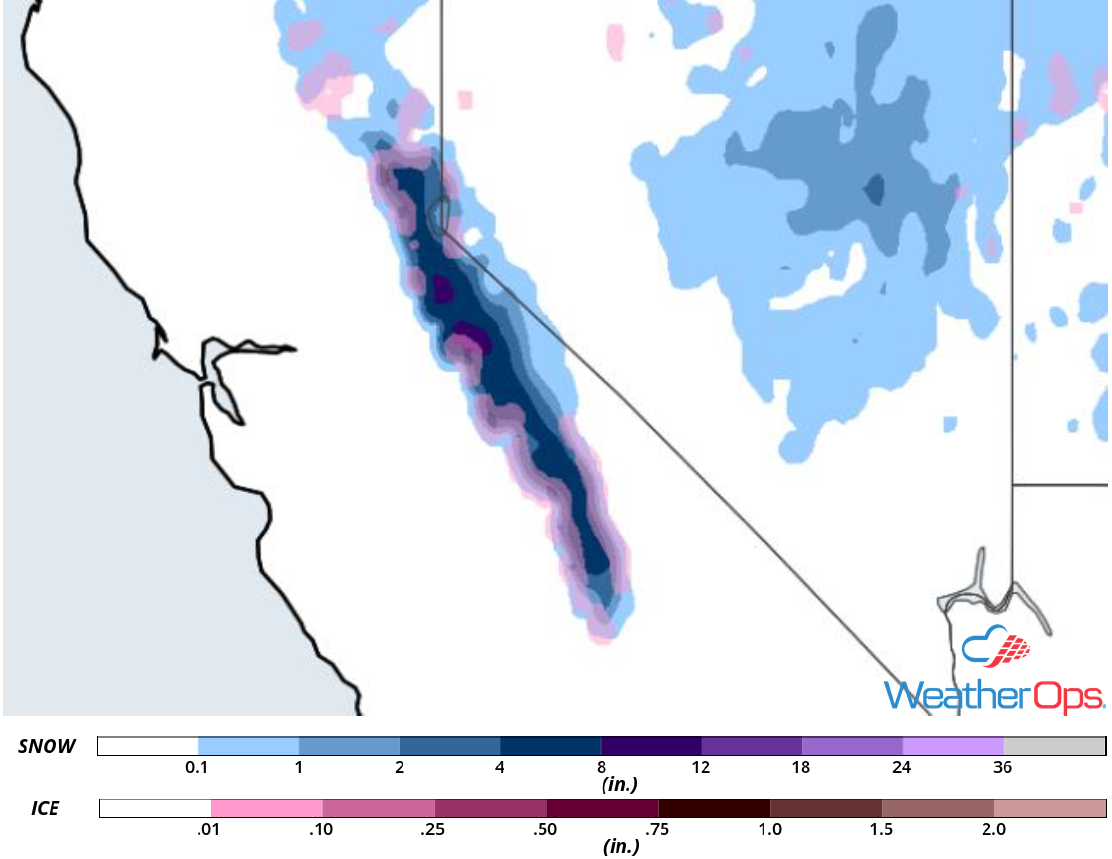