Continued Excessive Rainfall through Tuesday from North Texas into the Midwest
The threat for heavy rain leading to flash flooding will increase Monday and Tuesday from North Texas into the Midwest. An upper level low will shift northward on Monday with moisture streaming into the region. Scattered to widespread showers and thunderstorms will be common over the area for the next few days with the heaviest rain across North Texas and eastern Oklahoma on Monday. High rainfall rates within thunderstorms will produce a threat for isolated flash flooding. On Tuesday, the upper level low will stall with widespread showers and thunderstorms forecast across Oklahoma and into the Midwest. A large thunderstorm complex may develop Tuesday night over southern Kansas and northern Oklahoma that could produce a large area of heavy rainfall and flash flooding. Two day rainfall accumulations of 1-3 inches with locally higher amounts in excess of 4 inches are expected. 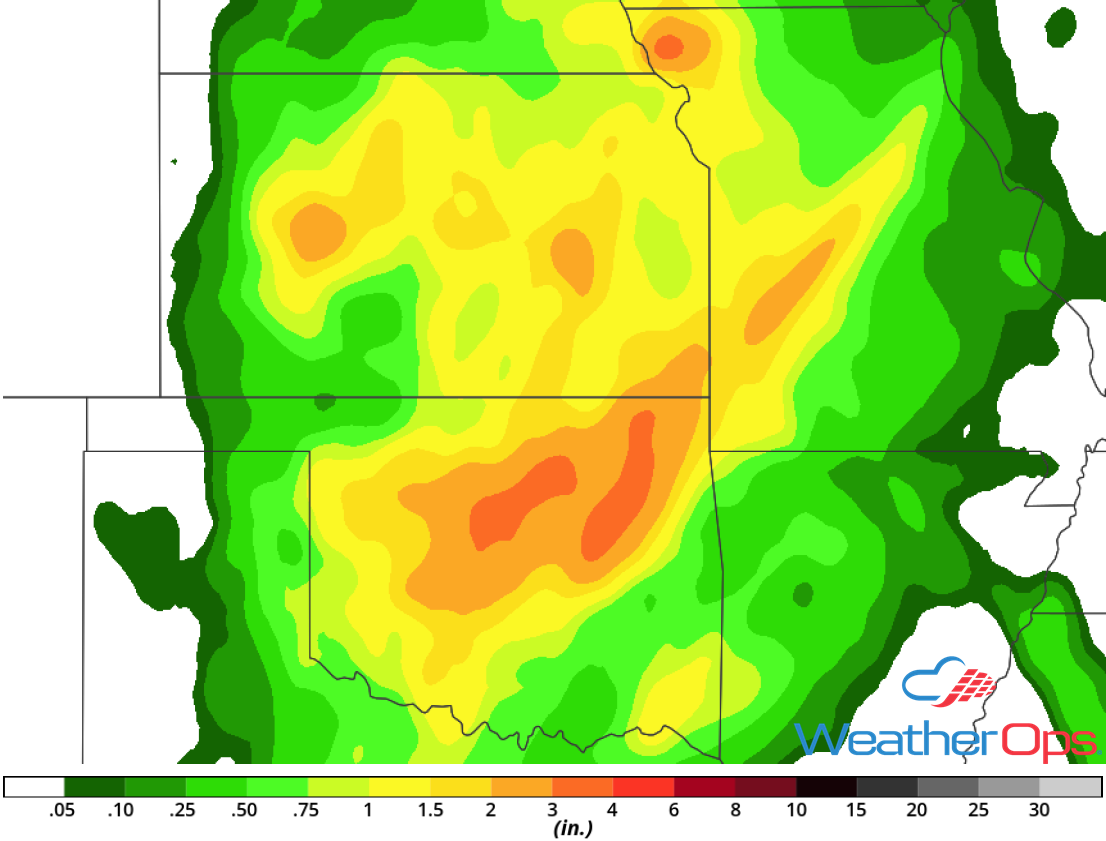 Thunderstorms for the Carolinas on Monday
Strong to severe thunderstorms may develop across the eastern Carolinas as a cold front slowly moves across the region. Activity will develop during the late morning or early afternoon and track eastward over the coastal Plains throughout the day. Some storms will be capable of producing strong to damaging winds and large hail.

Risk for Thunderstorms across Southern Arizona on Monday
Ample moisture will be in place over the southern portions of Arizona, allowing for another round of scattered thunderstorms during the afternoon. These storms will track southwestward with strong to damaging winds and hail the primary hazards. As these storms expand, dust storms will be likely.

Thunderstorm Potential Tuesday for the Northern High Plains
An upper level disturbance will aid in the development of thunderstorms across the High Plains Tuesday afternoon and evening. While instability will be marginal, storms that develop will have the potential produce large hail and damaging winds. Activity should diminish during the evening. 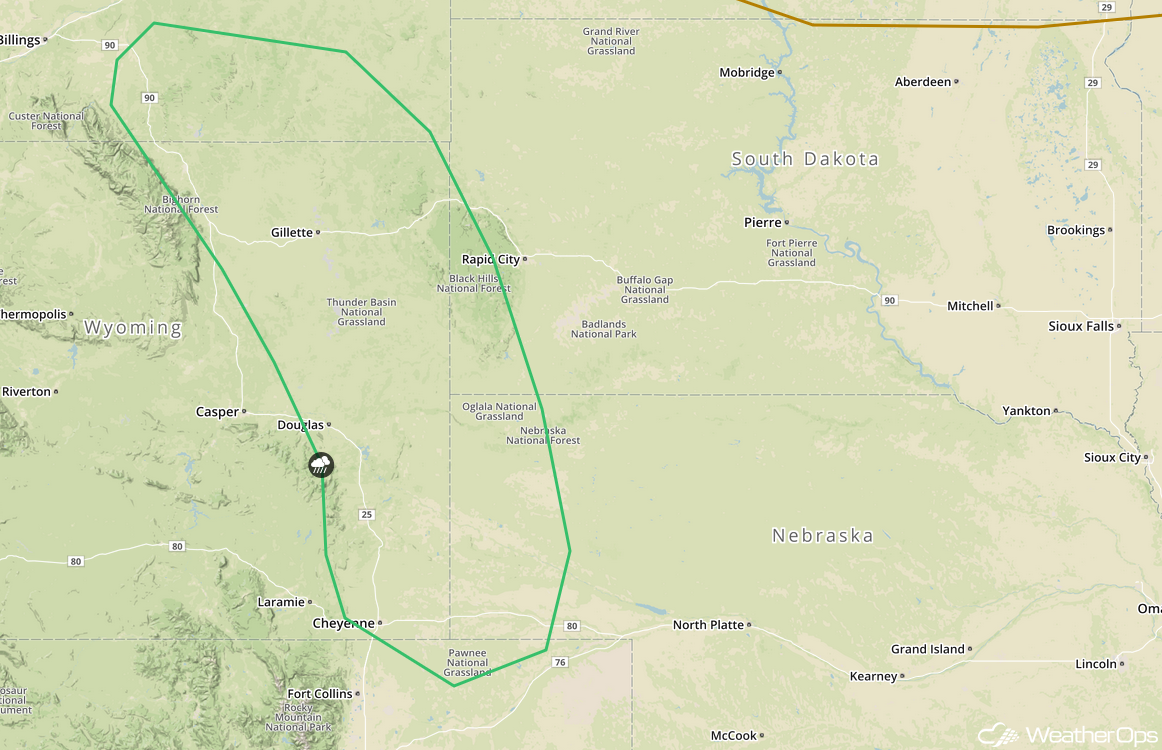 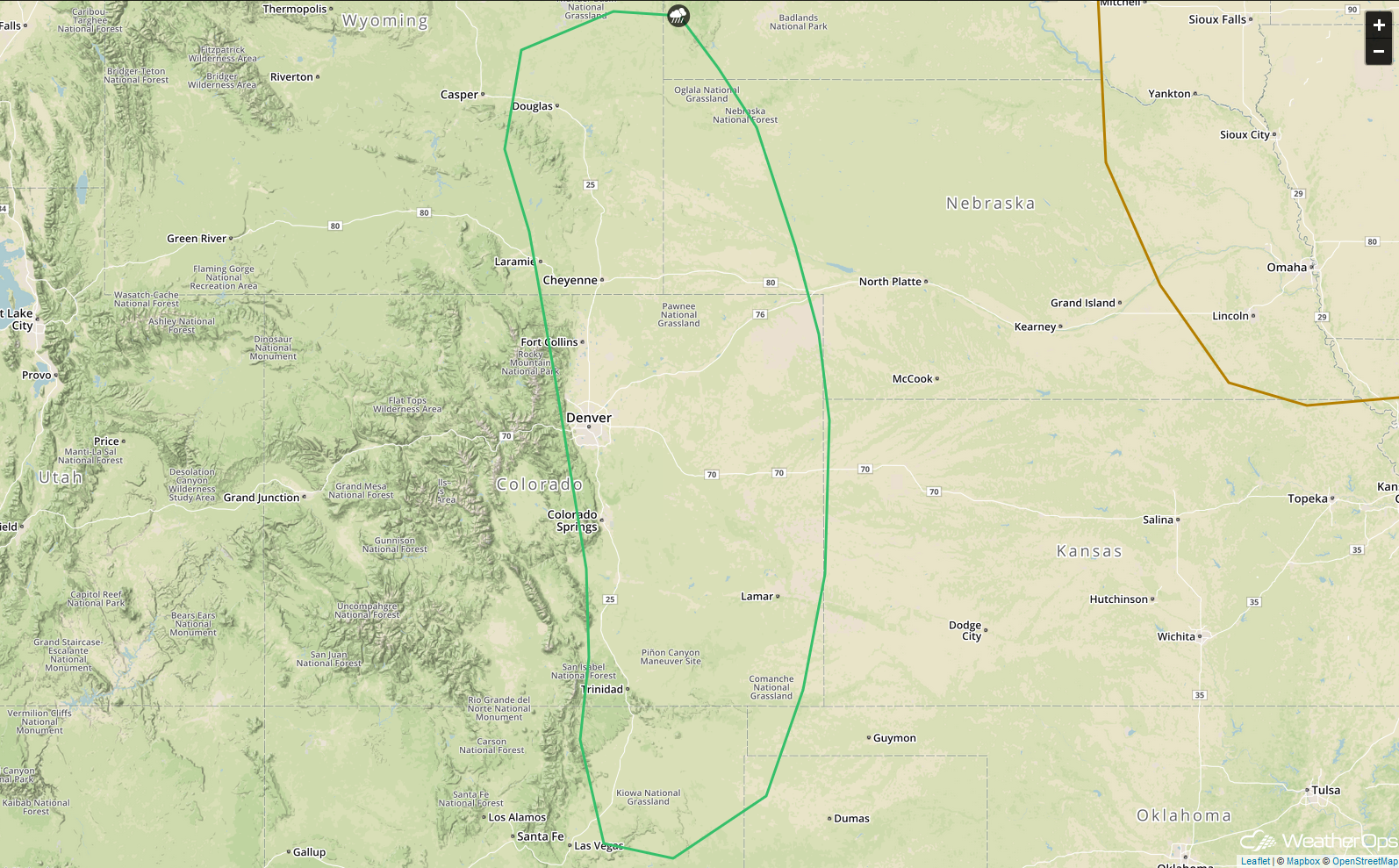 Risk for Thunderstorms Wednesday for the Northeast
A cold front moving into the Northeast on Wednesday will allow for a threat for strong thunderstorms. Thunderstorms will develop along and ahead of the front during the late afternoon. Strong to damaging winds will be the primary hazard with these storms. 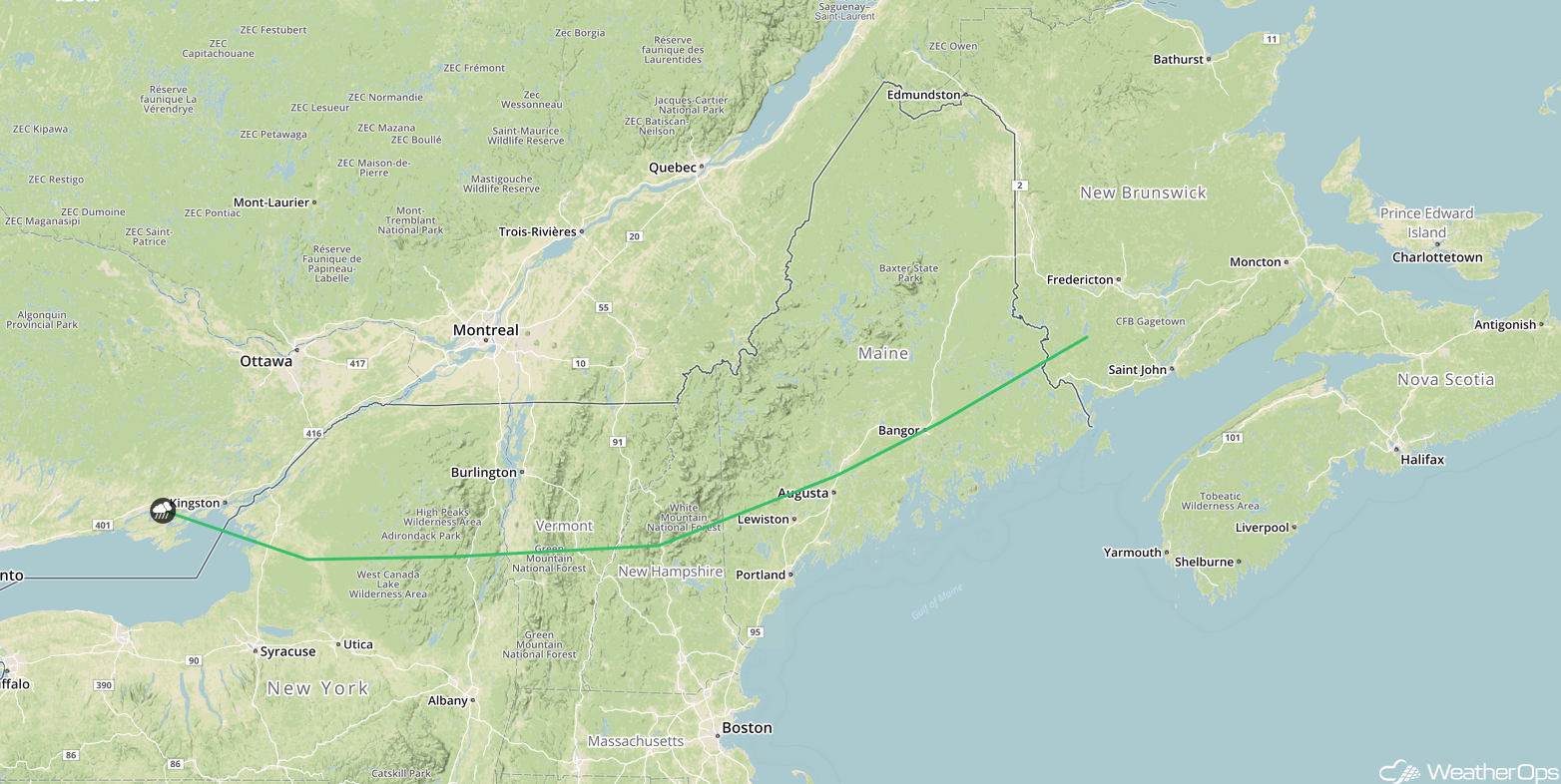 Excessive Rainfall across the Midwest Wednesday
There will be a threat for excessive rainfall leading to areas of flooding over portions of the Midwest on Wednesday as a slow moving area of low pressure moves through the region. Scattered to widespread showers and thunderstorms will be likely for much of the day and into the evening. Activity will increase in intensity during the afternoon and produce isolated areas of heavy rain. Rainfall totals of 1-2 inches with locally higher amounts in excess of 2.5 inches are forecast. 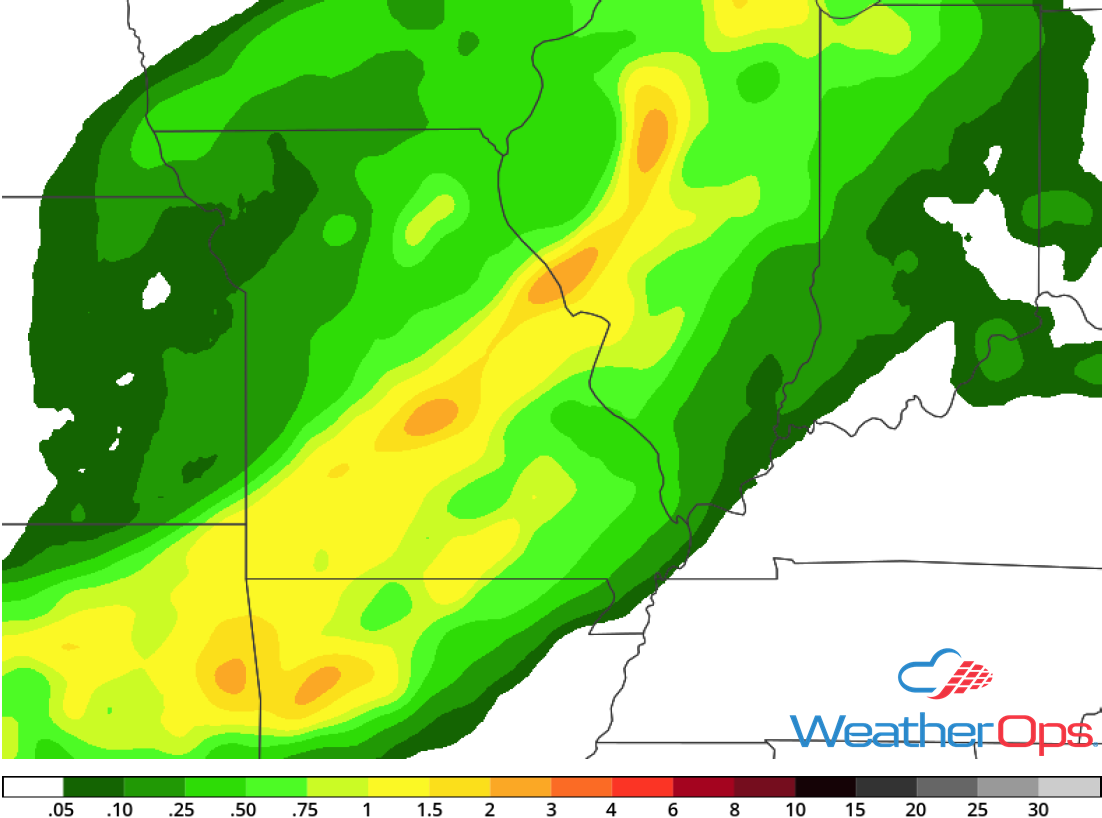 Tropical Update
A non-tropical area of low pressure is about 600 miles south-southeast of Newfoundland. Conditions could become favorable for subtropical or tropical development during the next 2-3 days. If development occurs, the system should move northeastward over the north Atlantic.

A Look Ahead
As the area of low pressure over the Plains continues to move northeastward, heavy rainfall will move into the Great Lakes on Thursday. By Friday, light to moderate rain will move into the Northeast. Going into the weekend, showers and thunderstorms will extend from the Ohio Valley into the Southeast ahead of a front on Saturday. Heavy rain may move over the Southern Plains on Sunday as an area of low pressure develops.