Region 1
A broad upper level low over the Missouri Valley will lift northeastward into the Great Lakes today. At the surface, a line of showers and thunderstorms is ongoing from Tennessee southward into southern Alabama. This line will continue to move eastward through the afternoon and evening. The main threat for severe weather will exist along and south of Interstate 20. Damaging winds and isolated threats will be the main hazards with these storms. Further north, from Missouri to Tennessee and Virginia, a marginal threat for severe weather will exist with a few strong to severe storms possible. The greatest threat will occur this afternoon and evening from the Florida Panhandle, through Central Georgia, and into South Carolina.

Update 12:27pm EDT: Severe Trhunderstorm and Tornado Warnings along the leading edge of a squall line moving across Georgia. 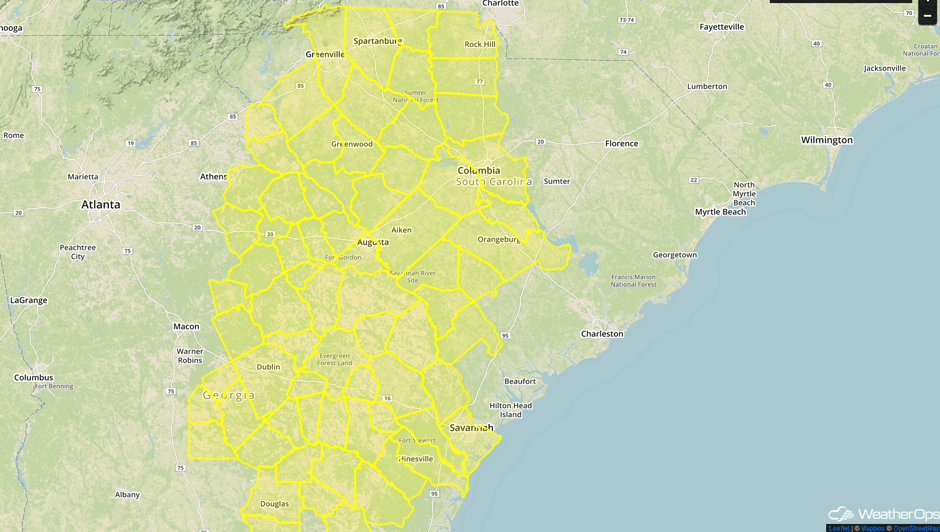 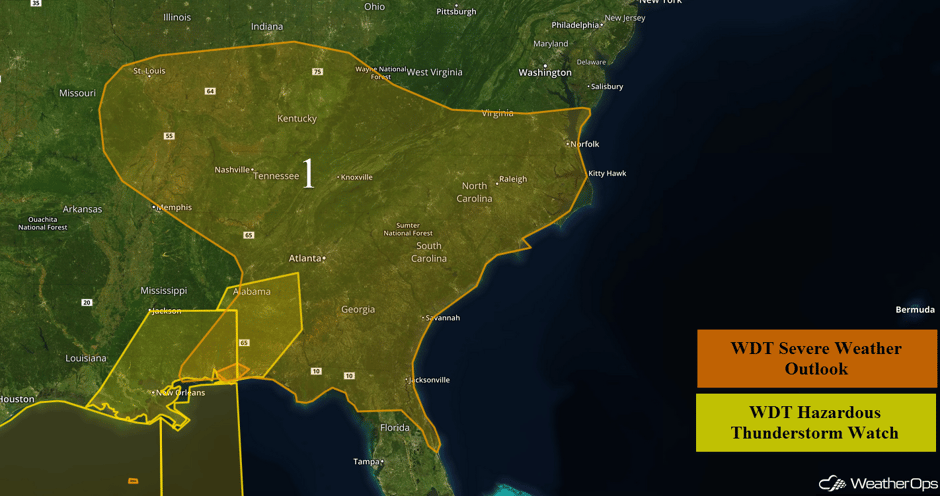 Region 2
A strengthening upper level low forecast to move across the Four Corners region will promote the development of a surface low over the Southern Rockies on Monday. As the low moves into the Plains, precipitation will change to snow Monday night into the overnight hours. Snow is then forecast to continue through Tuesday afternoon before tapering off into the evening. Snow accumulations of 1-4 inches with isolated higher amounts in excess of 5 inches are forecast. Winds of 10-20 mph may produce areas of blowing snow and reduced visibilities. 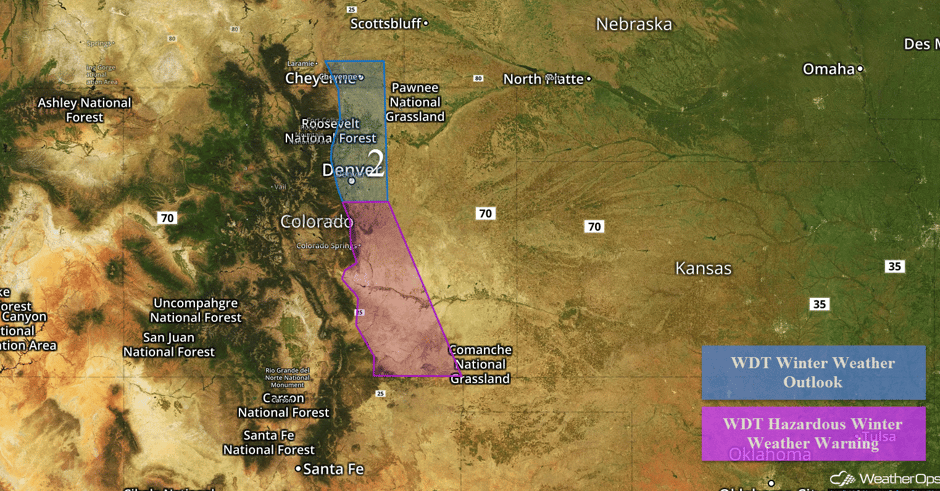 Region 3
An area of low pressure is forecast to move through the Northeast Tuesday into Wednesday, bringing the potential for heavy snowfall and a wintry mix to the region. Temperatures should remain cold enough to allow for moderate to heavy snow. Snowfall accumulations of 6-9 inches are likely with locally heavier amounts in excess of 12 inches, especially in the higher elevations. Heavier snow should occur from Tuesday afternoon into the overnight before tapering off Wednesday morning. There is a potential for freezing rain, especially in the southern portions of the region where temperatures aloft will be above freezing. This will result in the potential of ice accumulations of 0.1-0.2 inches before temperatures rise above freezing.

Strong to Severe Thunderstorms Possible from the South Central Plains into the Ozarks on Tuesday
Low level moisture is forecast to return rapidly ahead of a developing area of low pressure. Plentiful moisture will be in place across eastern Oklahoma, allowing for a marginal risk of large hail and damaging winds with any storms that develop across southeast Kansas and eastern Oklahoma late in the day. Thunderstorms may move into the Ozarks overnight with large hail and damaging winds possible.

Strong to Severe Thunderstorms Possible for the Gulf Coast States on Tuesday
The threat for isolated severe storms will return Tuesday evening from eastern Louisiana to western Georgia. Warm, moist air will move northward throughout the day. An approaching cold front from the west will provide the necessary lift for the development of thunderstorms. Damaging winds will be the primary hazard with storms that develop.

Severe Thunderstorms Expected Wednesday from the Southeast through Central Appalachia
An area of low pressure will intensify as it travels from Missouri to Ohio on Wednesday. Increasing moisture, instability, and shear ahead of the front will allow for the development of thunderstorms. Large hail, damaging winds, and tornadoes will be potential hazards with any storms that develop. 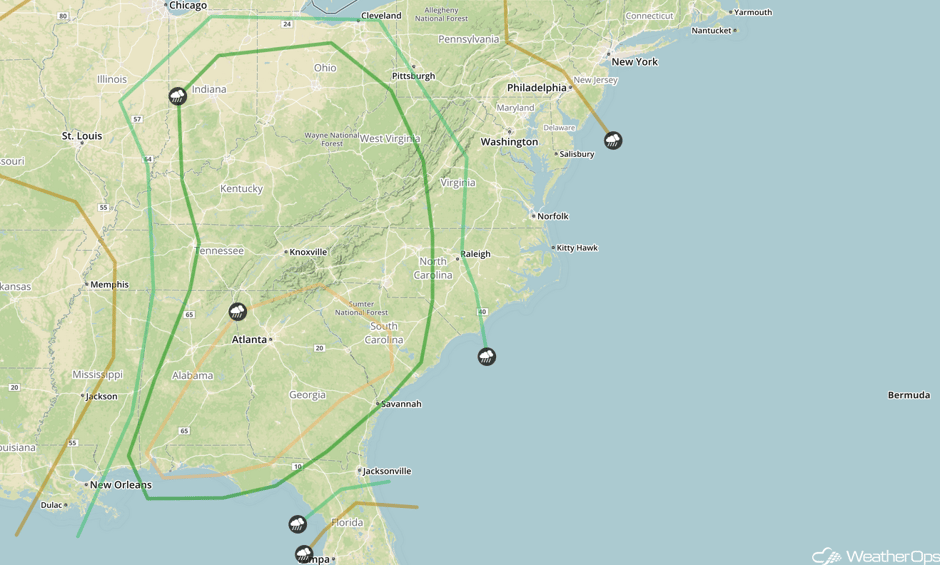