Shower and thunderstorm activity will continue for the coastal areas of the Carolinas as an upper level low moves across the region. There will also be a potential for heavy to excessive rain, in addition to some flooding, for the eastern and coastal portions of the Carolinas.

Strong to Severe Thunderstorms Possible Monday for the Coastal Areas of the Carolinas
A large upper level low is responsible for the continuing heavy rain across the region this morning. Rainfall is forecast to taper off into the afternoon with some breaks in the cloud cover. These breaks in the clouds may allow for instability to build, leading to the development of strong to severe thunderstorms. Most of these storms will evolve into clusters with strong winds and hail as the primary severe weather potential. Should more isolated and organized activity develop, an isolated tornado cannot be ruled out.

Excessive Rainfall and Flooding Potential for the Central and Eastern Carolinas on Monday
A significant threat of flooding and runoff will develop southeastward and across the eastern Carolinas on Monday. A cutoff low is forecast to slowly progress eastward with rainfall amounts ranging from 2 to 4 inches. Locally higher amounts in excess of 6 inches aren't out of the question along the North Carolina and South Carolina border through early Tuesday morning. 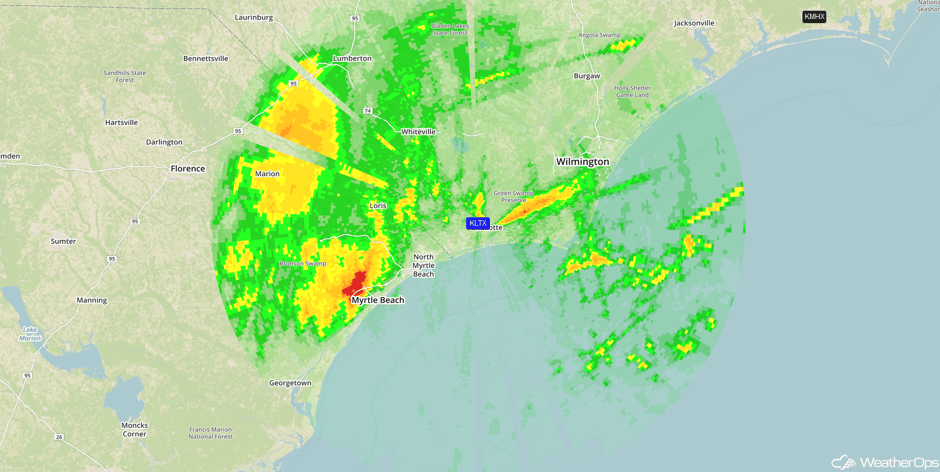 Yup... Would like to avoid gustier winds. Alas, those may be a problem today & tonight. Some gusts to 30 MPH are possible. #ncwx #cltwx https://t.co/RqqZRl7gY8 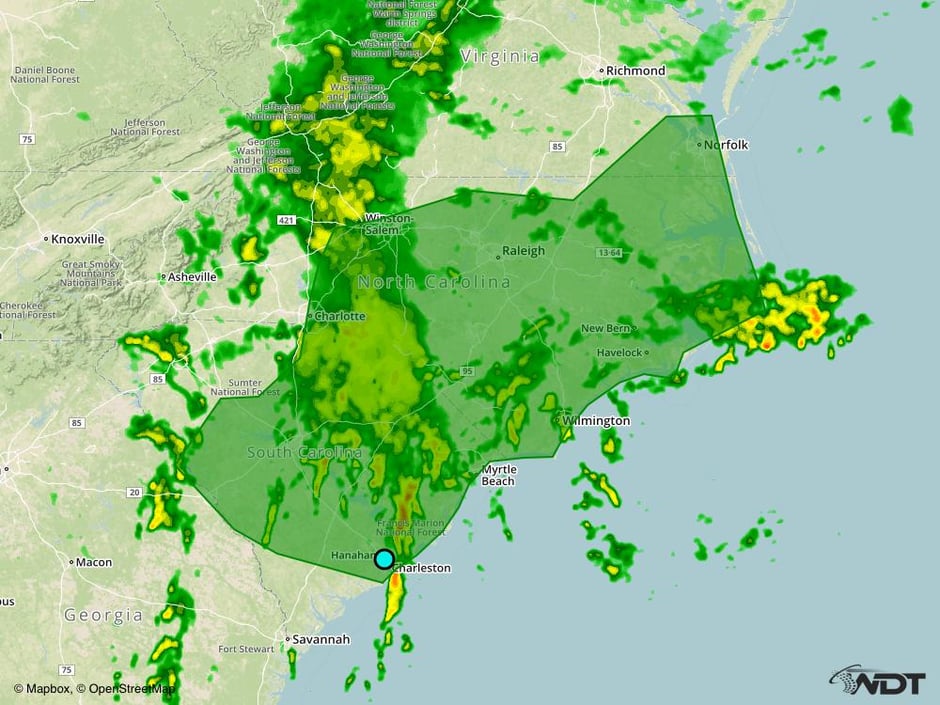 Thunderstorms for the Southern Plains and Missouri Valley on Tuesday
A large area of low pressure will shift into the Southern Plains and Missouri Valley with plentiful moisture at the surface. A developing surface low over Oklahoma will increase southerly winds and moisture across the region. This should allow for instability to build during the day. As a cold front approaches shortly after dark, thunderstorms are expected from Kansas City into Central Oklahoma. Severe winds and large hail will be the primary hazards.

Thunderstorm Potential for Arkansas on Wednesday
A developing area of low pressure and associated cold front from Tuesday are forecast to dig across the Arklatex region by Wednesday, with the threat of severe weather also shifting eastward into Arkansas. Peak daytime heating should coincide with the arrival of the cold front with shower and thunderstorm development possible by early to mid afternoon, primarily across the western half of Arkansas. This activity will quickly intensify and push eastward across the state. Severe winds, large hail, and isolated tornadoes will all be possible with these storms. Activity is expected to weaken or move out of the region by or before midnight. Shower and thunderstorm activity could persist into Thursday as an area of low pressure and cold front continues to progress eastward. 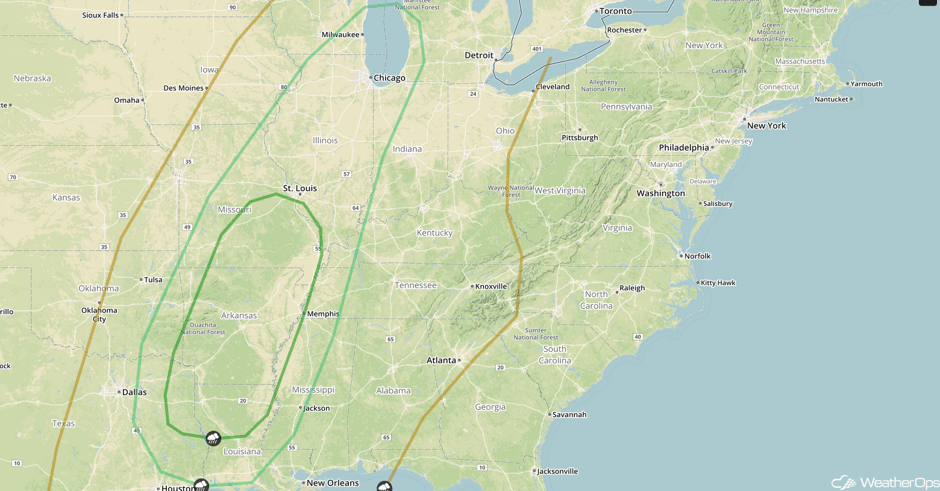 A Look Ahead
The threat for severe weather will return to the Plains on Friday as a new area of low pressure develops in the lee of the Rockies and intensifies over the Plains. Increasing moisture, instability, and wind shear should support the development of thunderstorms across the Colorado Front Range, as well as for portions of the Southern High Plains. Large hail, damaging winds will all be possible with these storms. The threat for severe weather will continue across the Plains into Saturday and shift eastward into the Midwest on Sunday.