Thunderstorms are expected to develop across the Desert Southwest on Friday as moisture increases across the region. 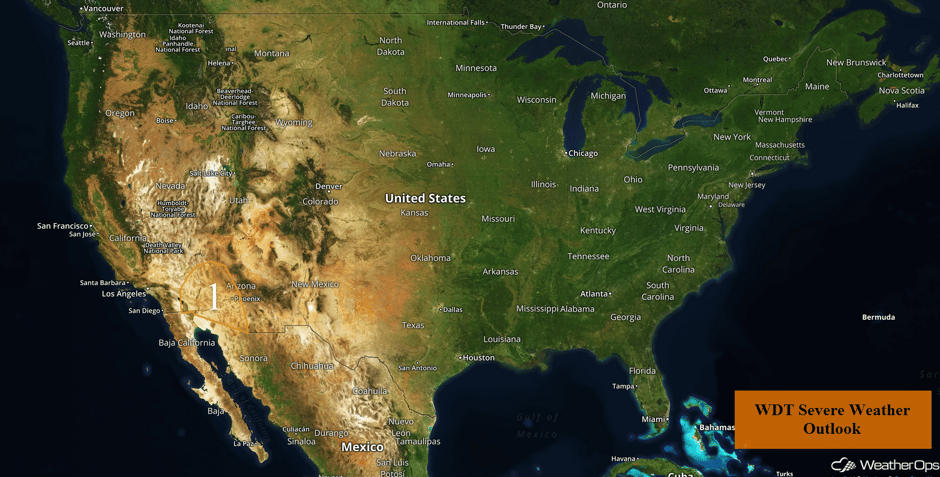 Thunderstorms Friday for the Desert Southwest
Areas of scattered afternoon thunderstorms are forecast across the region today as instability builds. Strong wind gusts will be the primary hazard with any storms that develop. 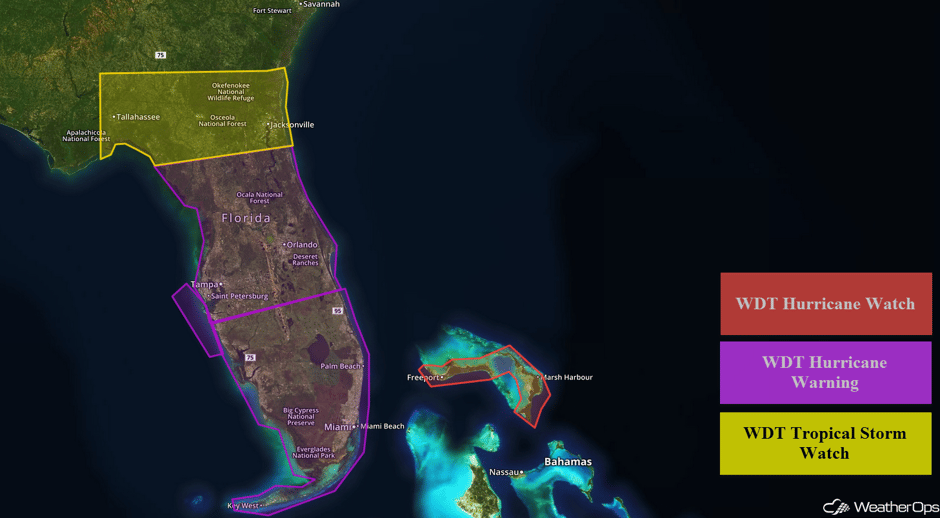 Risk for Thunderstorms Saturday across the Desert Southwest
A deepening trough along the west coast will struggle to advance beyond the southern California coast on Saturday. Therefore, a continued fetch of southerly winds and low level moisture will remain present over portions of southern California, western Arizona, southern Nevada, and southwest Utah. The threat of widely scattered showers and thunderstorms containing heavy rainfall will be the greatest during the afternoon. Primary hazards with these storms will be strong to severe wind gusts. Rainfall amounts of 0.5-1.0 inch will likely lead to flash flooding. Localized rainfall amounts in excess of 1 inch are possible.

Excessive Rainfall Sunday for Portions of Southern California
Continued moisture is forecast to feed into the Southwestern US and across portions of Southern California. This will lead to the development of isolated showers and thunderstorms across the region. Moderate to heavy rainfall amounts of 0.25-1.0 inches are likely with locally higher amounts in excess of an inch. 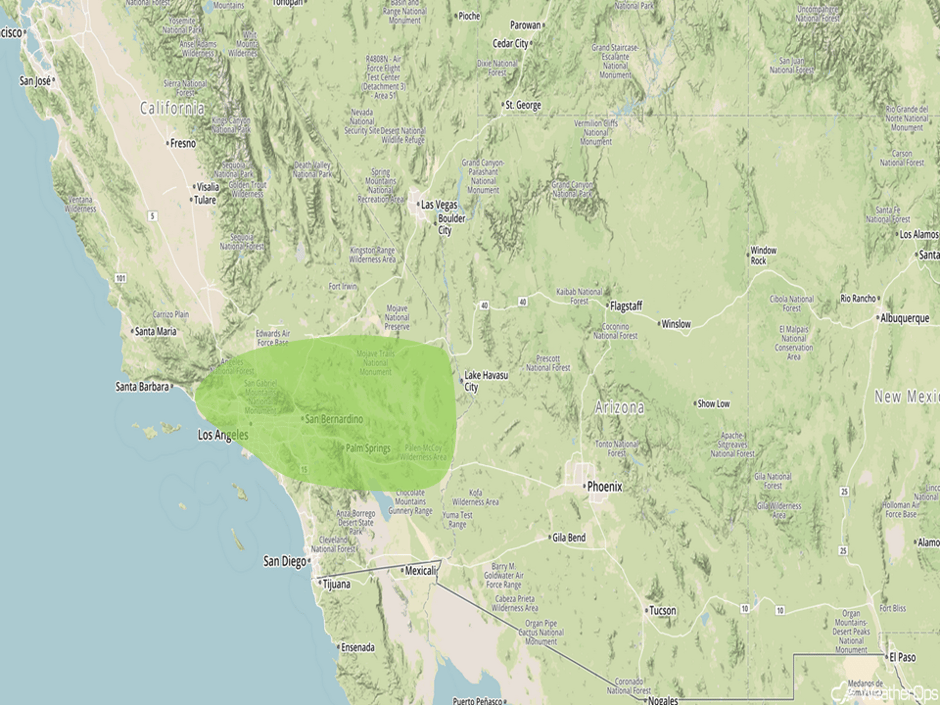 Tropical Update
Hurricane Irma (red oval) is located 405 miles southeast of Miami, FL and is moving toward the west-northwest at 14 mph. This general motion is expected to continue for the next day or so with a decrease in forward speed. A turn toward the northwest is expected by late Saturday. On the forecast track, the eye of Irma should move near the north coast of Cuba and the central Bahamas today and Saturday, and near the Florida Keys and southern Florida Sunday morning. Maximum sustained winds are near 150 mph with higher gusts. Some fluctuations in intensity are expected during the next day or two, but Irma is forecast to remain a powerful category 4 hurricane as it approaches Florida.

Hurricane Jose (blue oval) is currently 415 east-southeast of the Northern Leeward Islands and moving west-northwestward at 18 mph. A gradual turn toward the northwest and a decrease in forward speed is expected during the next 48 hours. Jose is a category 4 storm with winds near 150 mph and higher gusts. Some fluctuations in intensity are possible for the next day or so with gradual weakening expected after that.

The center of Hurricane Katia (green oval) is located 125 miles north-northeast of Veracruz, Mexico and is moving west-southwestward at 5 mph. This general motion is expected through early Saturday when Katia is expected to make landfall. Maximum sustained winds are at 100 mph with higher gusts. Some additional strengthening is expected and could be near major hurricane strength at landfall.

A Look Ahead
Significant uncertainty still exists about Irma, but the storm should continue tracking inland across the southeastern US in the next few days. Strong winds, isolated thunderstorms, and heavy rainfall are anticipated across portions of Georgia, Alabama, Tennessee, and the Carolinas Monday into Tuesday. However, it is still important to note that these impacts and locations are subject to change as confidence in Irma's track slowly increases over the next couple days.