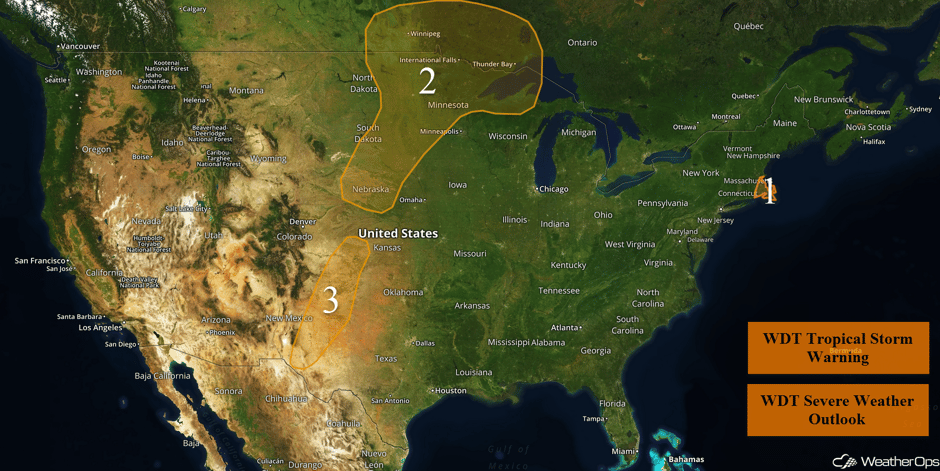 Thunderstorms Friday from the Northern Plains through Central Nebraska
An upper level low moving across the region will allow for the development of scattered showers and thunderstorms across North Dakota and Minnesota this afternoon and evening. Large hail and damaging winds will be the primary hazards with these storms, but an isolated tornado cannot be ruled out. After dark, a more conditional risk for severe weather exists. A line of thunderstorms may develop after dark from Central Minnesota southwestward into South Dakota and possibly into Nebraska. A threat for isolated severe winds may develop as this line slowly pushes east, possibly into far northern Wisconsin during the early morning. 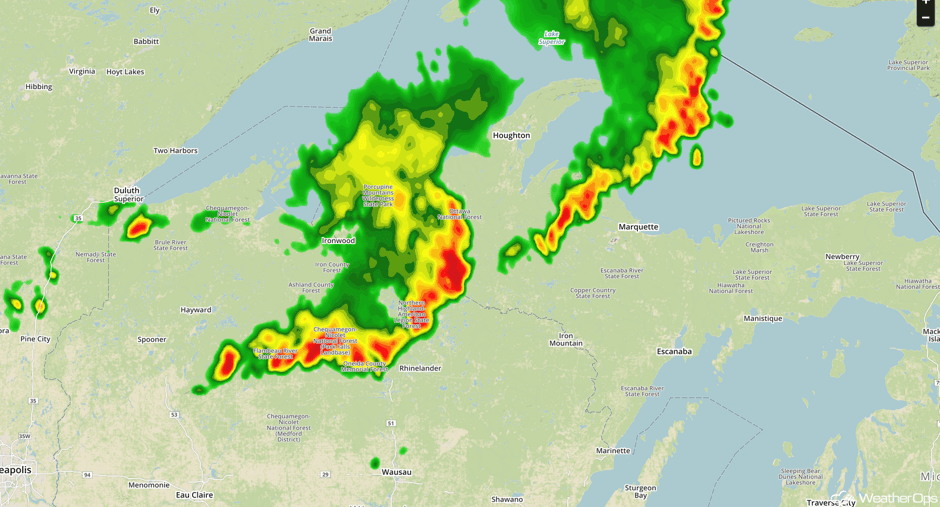 Risk for Thunderstorms from Southwestern New Mexico through Eastern New Mexico on Friday
Overnight showers and thunderstorms are expected tonight with the slow approach of a broad upper level trough over the western US. While significant severe weather is not anticipated, a few storms could briefly produce marginally severe winds and hail from Southwest Kansas, southward into Southeast New Mexico and portions of Northwest Texas.

Thunderstorm Potential Saturday from Wisconsin to Eastern New Mexico
An upper level trough moving in from the west will bring in cooler air aloft. At the surface, a stationary front should be slowly moving eastward today across the Plains as a cold front. The cool air aloft moving in over the plentiful warm moist air at the surface ahead of the front will provide enough instability for at least isolated strong to severe thunderstorms along the front from the Texas Panhandle to Minnesota. The greatest risk will be from Nebraska northeastward. The primary hazards will be large hail and damaging winds. To the southwest, the storms will be more isolated with the same hazards. 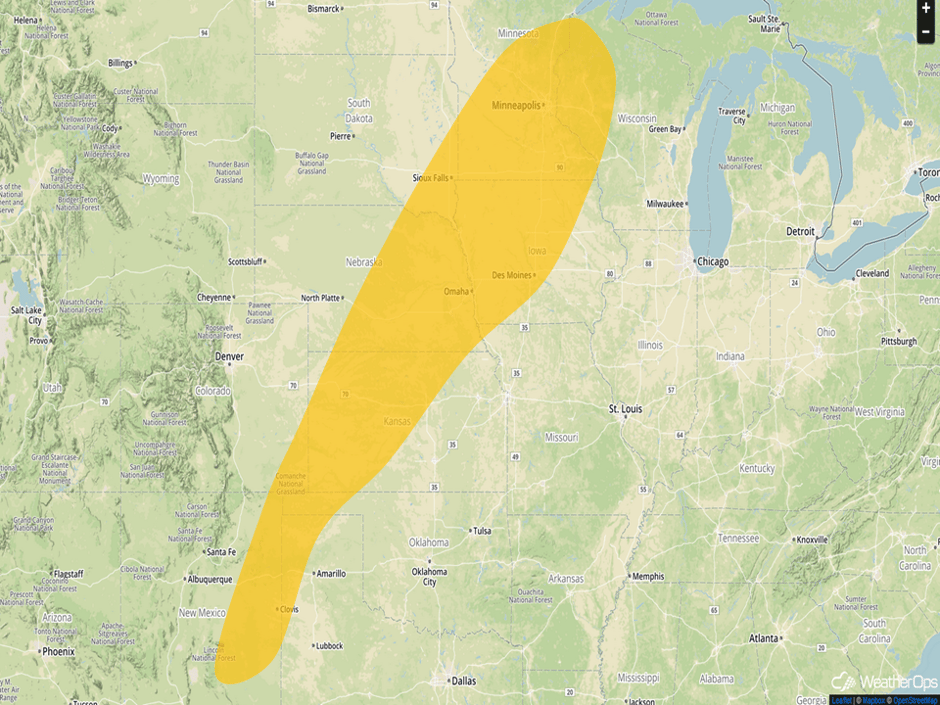 Thunderstorms from the Midwest through Texas on Sunday
The front that has been the focus for thunderstorm development will stall once again on Sunday. It should lie from Minnesota southwestward to a weak low in the High Plains of Colorado. Daytime heating should increase instability, resulting in the development of thunderstorms. With repeated rounds of thunderstorms over the Plains, some areas in the threat region could receive another 1-3 inches of rainfall with locally higher amounts in excess of 4 inches. With these amounts on top of the rainfall from previous days, flash flooding may become an issue.

Tropical Update
Tropical Storm Jose (red oval) is 120 miles south-southeast of Nantucket, MA with maximum sustained winds at 45 mph. Jose is moving southwestward at 2 mph. Weakening is forecast during the next 48 hours.

Hurricane Maria (green oval) is 55 miles north of the Grand Turk Island and is moving northwestward at 8 mph. A turn toward the north-northwest is expected later today, followed by a turn to the north by late Saturday. On the current track, Maria's core will move away from the Turks and Caicos Islands today, and pass northeast and east of the Bahamas through Sunday. Maximum sustained winds are at 125 mph with higher gusts. Gradual weakening is expected during the next 48 hours.

A small area of low pressure (blue oval) has developed over the central Atlantic almost a thousand miles east-southeast of Bermuda. The system is producing an area of showers and thunderstorms, though the circulation appears somewhat elongated. Some additional development may occur while it drifts slowly northward. 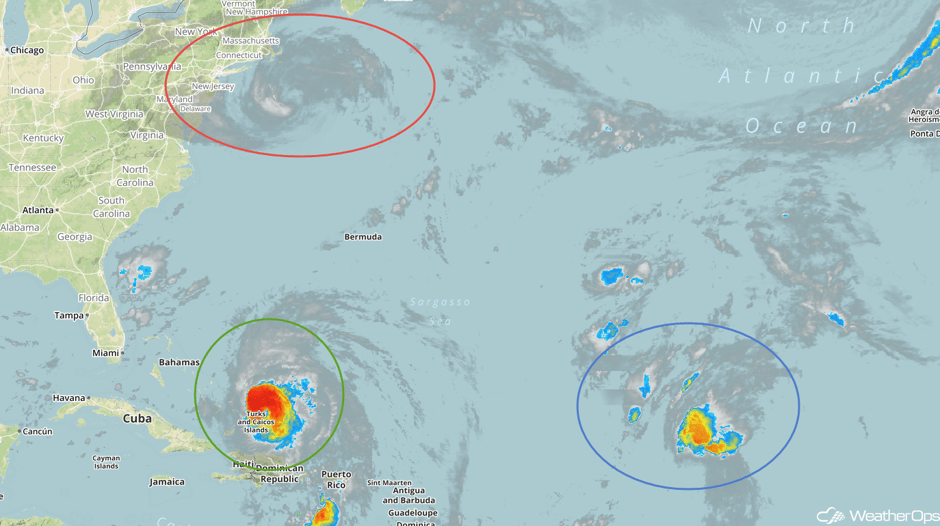 A Look Ahead
Thunderstorms will continue from the Midwest through Texas on Sunday and continuing through Tuesday; large hail, damaging winds, and isolated tornadoes will all be potential hazards with these storms. Heavy rain will also be a concern for portions of Texas Tuesday through Thursday; three day rainfall totals of 4-8 inches with isolated higher amounts in excess of 10 inches are forecast.