A cold front will be a focus for the development of thunderstorms Friday from the Ohio Valley into the Northeast. Excessive rainfall is likely across the Southern Plains ahead of a slow moving cold front. 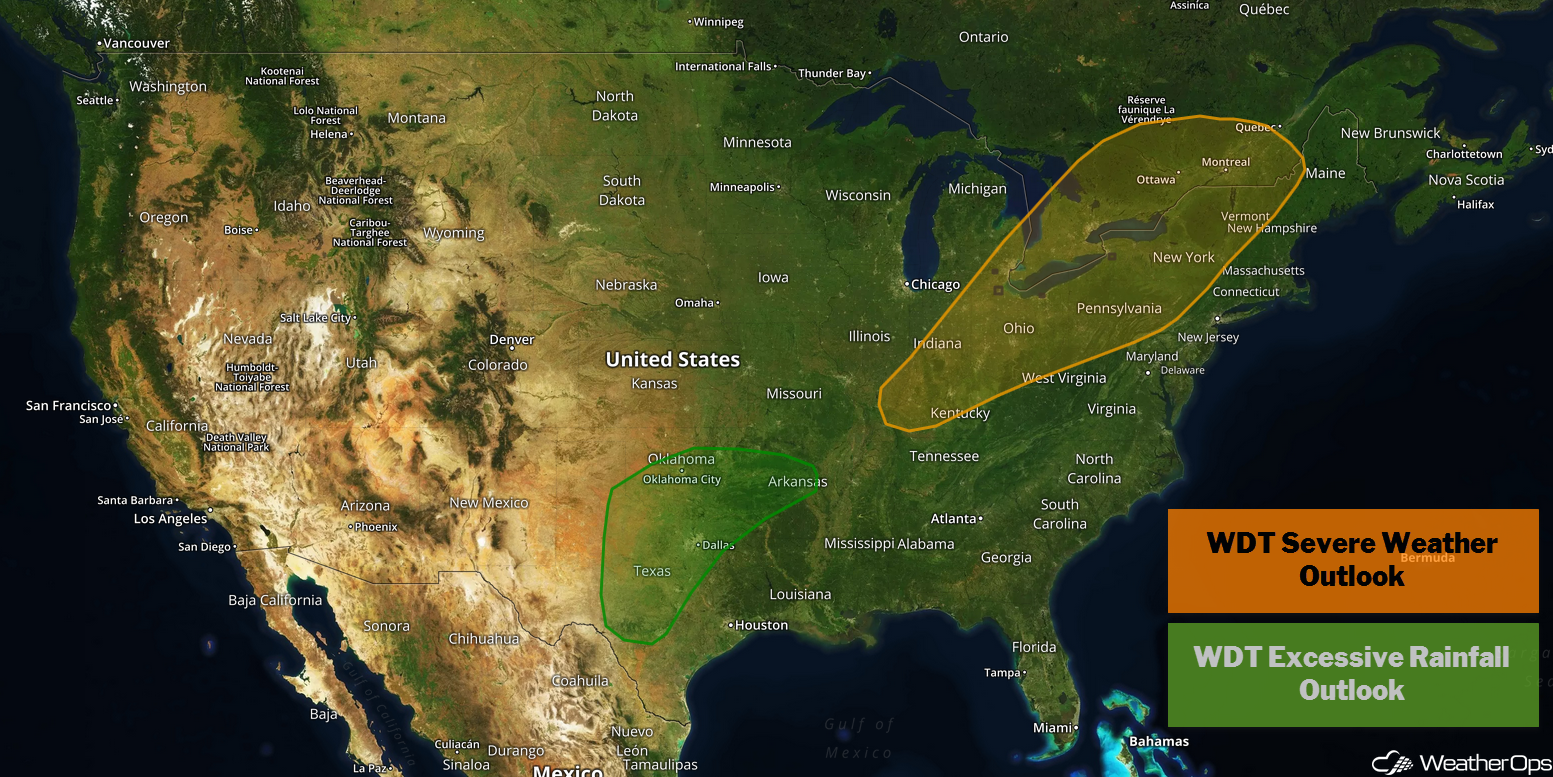 Thunderstorms from the Ohio Valley into the Northeast on Friday
As an intensifying area of low pressure lifts northeastward, the associated cold front will track eastward from the Great Lakes toward the East Coast. This front should promote scattered thunderstorm development from the Ohio Valley into the Northeast. Conditions will be favorable for the development of severe thunderstorms. Damaging winds will be the primary hazard, but large hail and a few tornadoes cannot be ruled out. 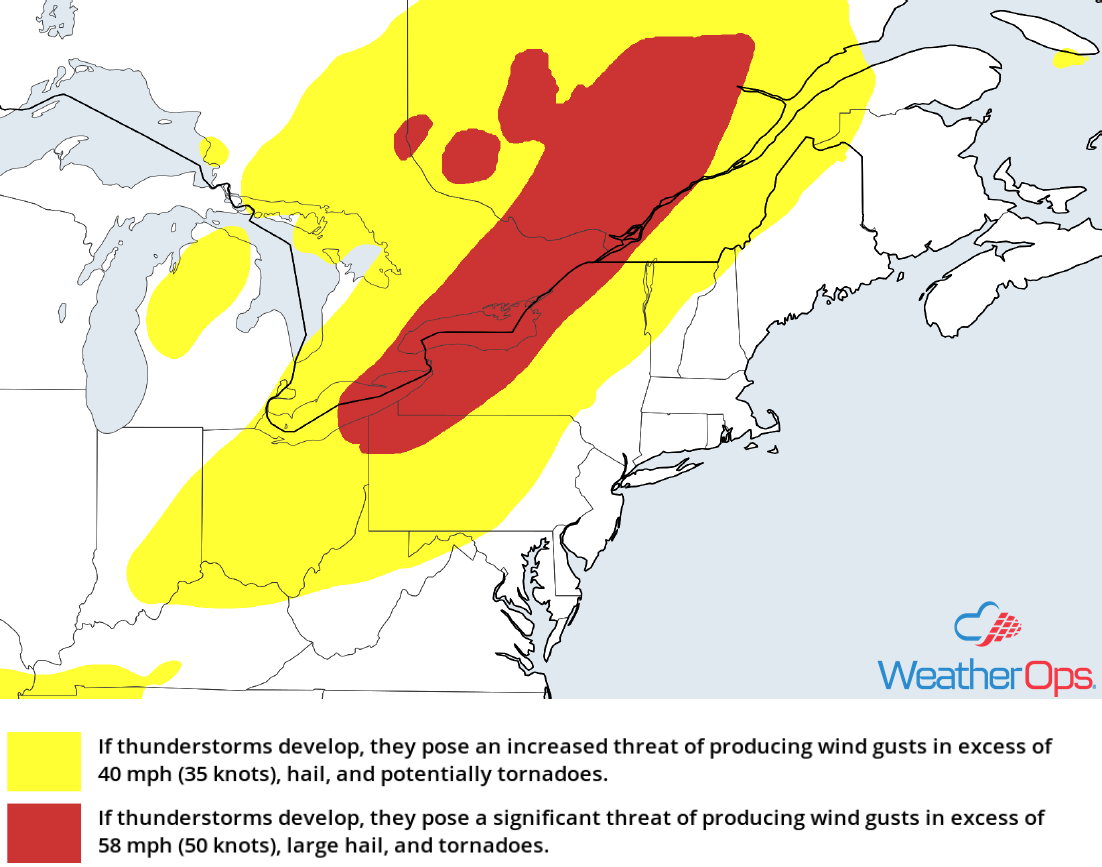 Excessive Rainfall Friday for the Southern Plains
An area of low pressure and associated cold front moving slowly east and southeastward across the Southern Plains are expected to produce widespread showers and thunderstorms on Friday. This activity will bring a risk for excessive rainfall. Rainfall amounts of 2-5 inches with locally higher amounts in excess of 8 inches are forecast, leading to areas of flooding and flash flooding throughout the day. 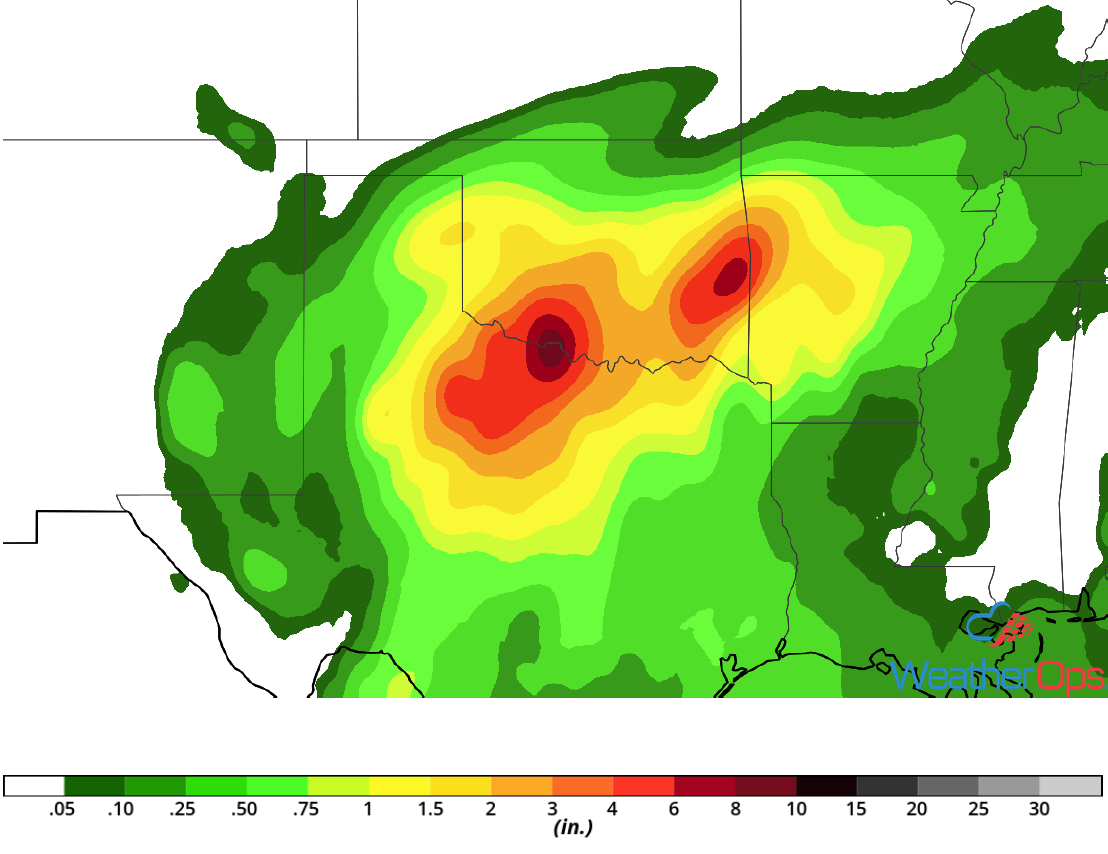 Risk for Excessive Rainfall from the Southern Plains to the Central Appalachians Saturday and Sunday
A front stretching from the Southern Plains eastward into the central Appalachians will stall this weekend. As deep moisture spreads northward, scattered to widespread showers and thunderstorms can be expected both days along the front. This will lead to a risk for excessive rainfall; two day rainfall totals of 1-3 inches with locally higher amounts in excess of 4 inches are expected. 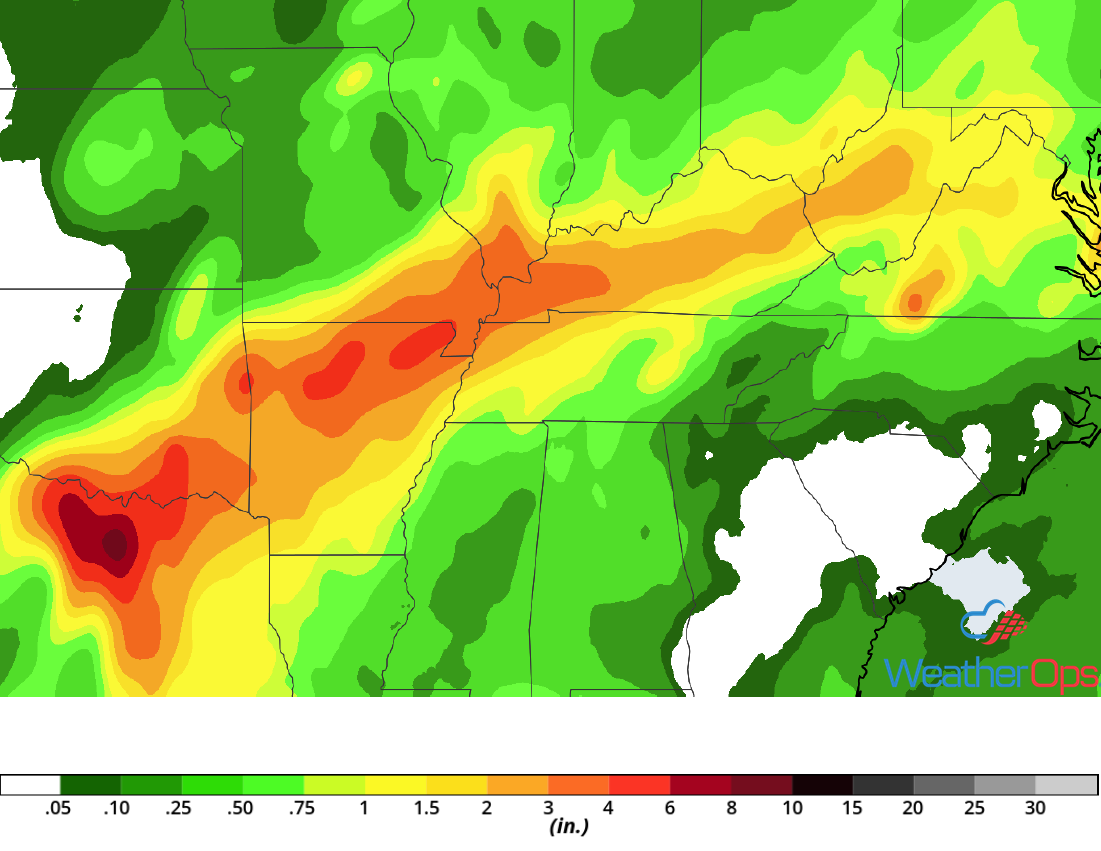 Rainfall Accumulation for Saturday and Sunday

Tropical Update
Showers and thunderstorms associated with a tropical wave located about 600 miles southeast of the Cabo Verde Islands (green oval) are showing some signs of organization. The environment is expected to be conducive for slow development, and a tropical depression could develop early next week while the system moves westward at 15-20 mph.

A weak area of low pressure located about 600 miles east of the Windward Islands (blue oval) is producing disorganized showers and thunderstorms. The combination of dry mid-level air and strong upper level winds is expected to hinder any further development while this system moves west-northwestward at around 10 mph. 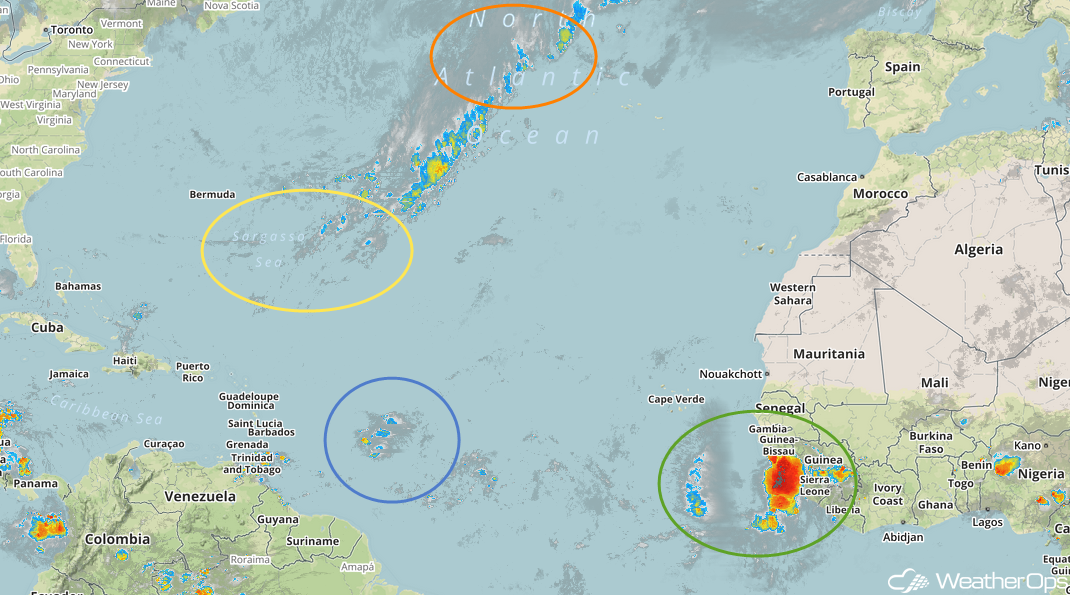 A broad area of low pressure located just southeast of Bermuda (yellow oval) is producing shower activity while it moves southward at 10-15 mph. Dry air and strong upper level winds is expected to inhibit any significant development over the next few days. However, conditions could become more favorable for development during the middle part of next week.

A non-tropical low is forecast to develop tonight midway between Bermuda and the Azores (orange oval). Conditions are expected to be conducive for the low to acquire subtropical or subtropical characteristics. A subtropical or tropical cyclone is expected to develop late this weekend or early next week while the low meanders over the central Atlantic Ocean.