A few thunderstorms may develop across the Tennessee Valley and the Carolinas on Friday in association with the remnants of Harvey. Thunderstorms may develop across portions of the Northern Plains as a warm front moves northward on Friday. There will also be a risk for excessive rainfall from the Ohio Valley into the Mid Atlantic as the remnants of Harvey continue to track northeastward. 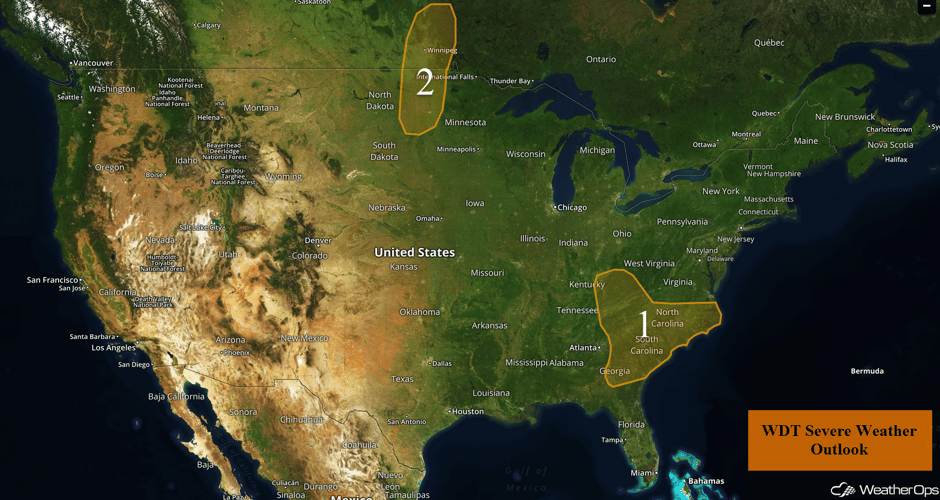 Thunderstorm Potential Friday from the Tennessee Valley into the Carolinas
Remnants of Harvey are moving to the east-northeast through the Ohio Valley today. In addition, a cold front lies across southern Virginia and Kentucky. Instability should increase just south of the front this afternoon. Activity should intensify this afternoon as it encounters instability and the front. Damaging winds will be the primary hazard, but isolated tornadoes cannot be ruled out. 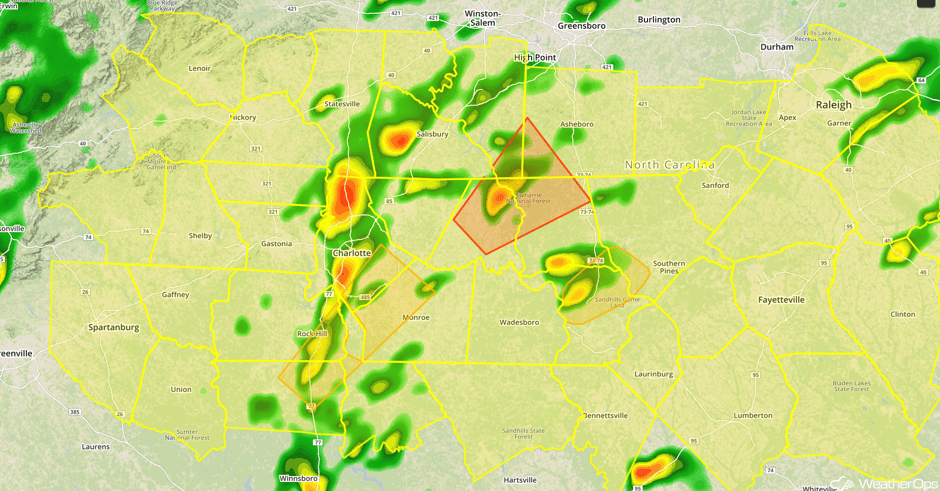 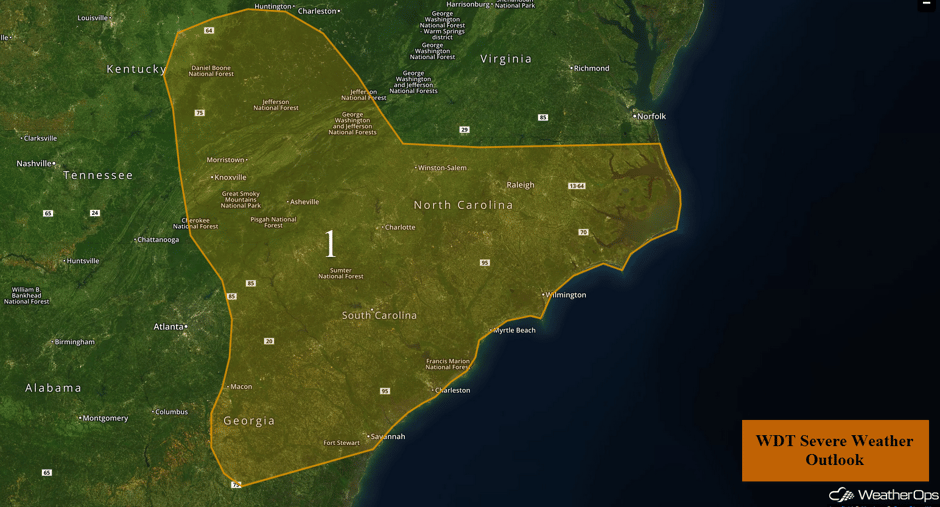 Risk for Thunderstorms across the Northern Plains on Friday
A warm front moving through the region today will bring warm, moist air into the region. Modest instability should then develop this afternoon ahead of the accompanying cold front moving in from the west. A wave moving over the region will provide upper-level support, and thunderstorms are expected to develop along the front during the afternoon. Although instability will not be strong, a few thunderstorms may become severe with damaging winds as the primary hazard.

Excessive Rainfall from the Ohio Valley into the Mid Atlantic on Friday
As Harvey continues to track northeastward, the threat for excessive rainfall will shift into the Ohio Valley and Mid Atlantic. Rainfall accumulations of 1-3 inches with locally higher amounts in excess of 4 inches are expected. This could result in a risk for flash flooding and local runoff. 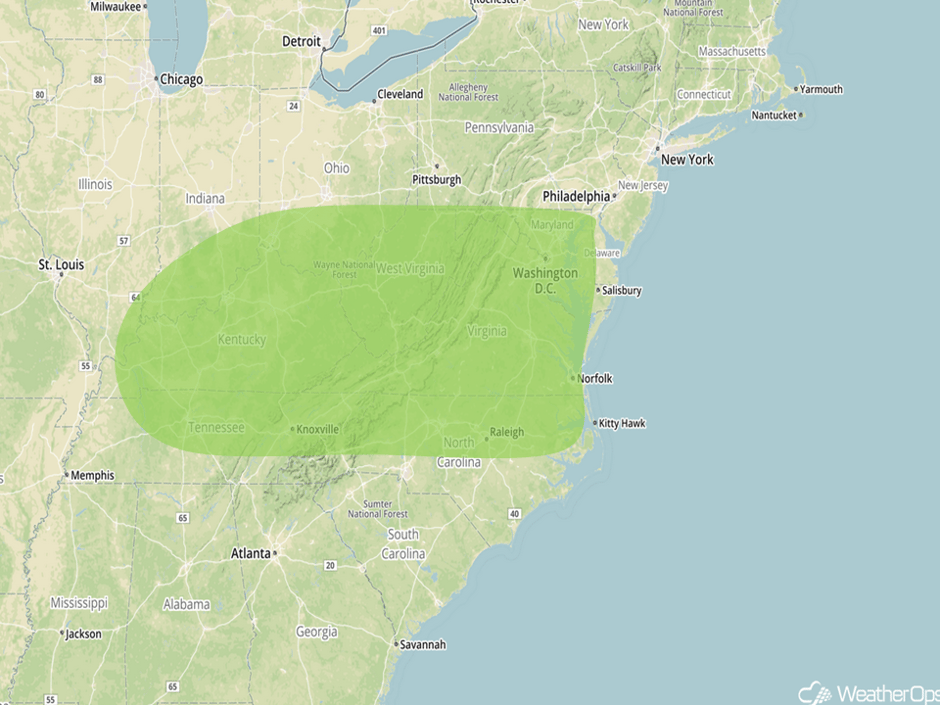 Thunderstorms for the Mid Atlantic on Saturday
Showers and thunderstorms will accompany a developing area of low pressure over the Ohio Valley on Saturday. Activity will stretch from Ohio, eastward, to the Mid Atlantic coast. While widespread severe weather is not anticipated, a few storms may produce severe winds and perhaps an isolated tornado or two, primarily along the coastal regions from southern New Jersey to the coast of North Carolina. Any severe activity should quickly weaken after dark. 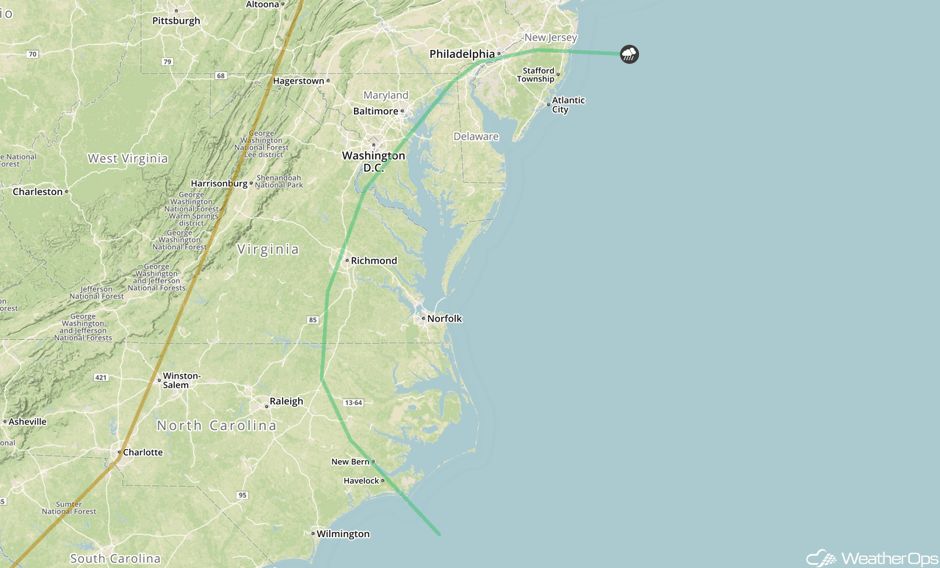 Tropical Update
Hurricane Irma (green oval) is located approximately 840 miles west-northwest of the Cabo Verde Islands and moving west-northwestward at 12 mph. A turn to the west is expected by tonight with a turn to the west-southwest on Saturday. Maximum sustained winds are near 115 mph with higher gusts. Fluctuations in intensity are expected, but Irma is forecast to remain a powerful hurricane through the weekend.

A tropical wave (red oval) is located off the west coast of Africa and is producing disorganized cloudiness and showers. Environmental conditions are expected to be conducive for development, and this system could become a tropical depression after the weekend while it moves westward at 15 mph. 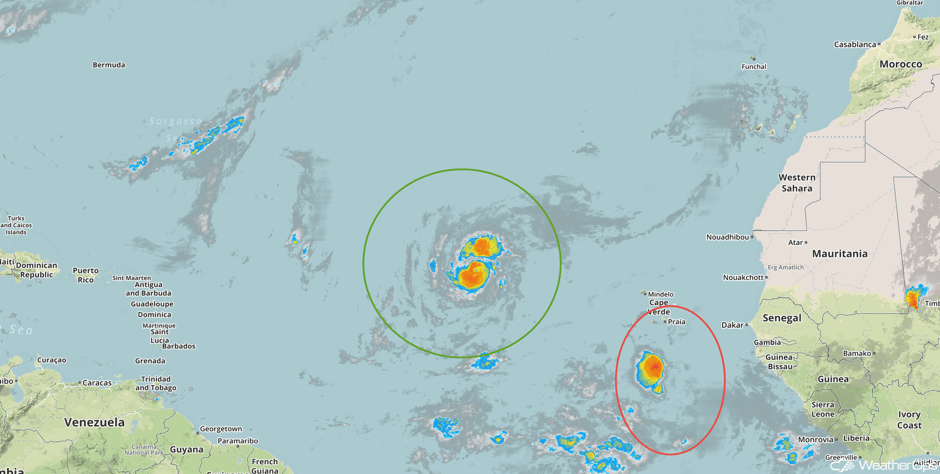 A Look Ahead
An area of low pressure and associated cold front will push offshore the Atlantic Coast Sunday morning with no hazardous weather anticipated. Otherwise, high pressure will build into the eastern US late this weekend. Generally clear and calm conditions will continue for much of the country into next week.