There is a potential for thunderstorms across Southwest and Central Texas through Sunday as the remnants of Sergio move through the region.

Excessive Rainfall Saturday for the Southern Plains
Heavy rain will return to the Southern Plains on Saturday as a cold front and the remnants of Sergio move through the region. Deep tropical moisture will move from southwest to northeast during much of the day and evening. Widespread rainfall amounts of 1-2 inches with locally higher amounts in excess of 3 inches are expected, leading to a risk for flash flooding. 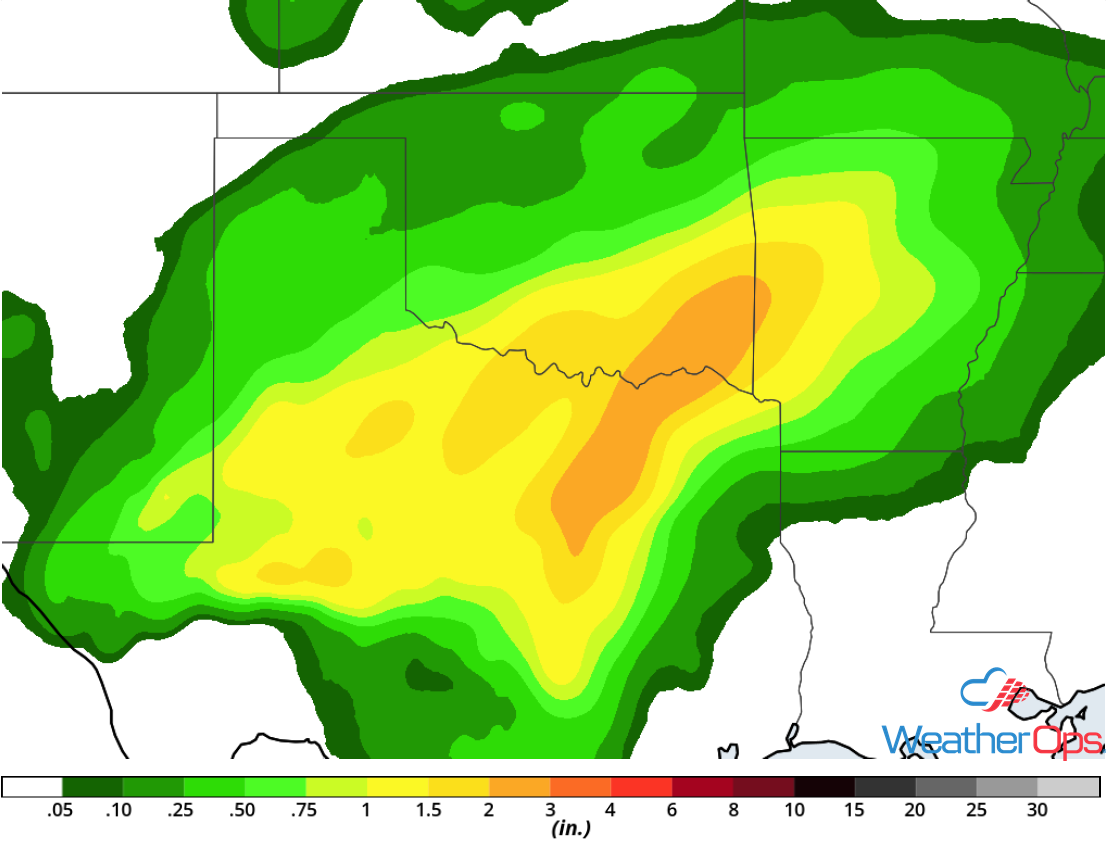 Risk for Excessive Rainfall from the Southern Plains into the Mid Mississippi Valley on Sunday
Two pockets of heavy rain are forecast over northeast Texas and the Mississippi Valley on Sunday. A cold front will produce widespread showers and thunderstorms along and ahead of the front by the afternoon. Rainfall accumulations of 1-3 inches are forecast, leading to a potential for isolated flash flooding.

Snow Sunday for the Central Plains
The first significant snow for the Central Plains is forecast on Sunday as a cold front moves southward across the region. The front will interact with ample Pacific moisture, leading to the development of moderate to heavy snow from eastern Colorado into Kansas and Nebraska. Snow accumulations of 2-4 inches with locally higher amounts in excess  of 6 inches will be possible. This will lead to hazardous travel Sunday throughout the day and evening.

Tropical Update
Post Tropical Cyclone Michael (green oval) is 185 miles east-northeast of Norfolk, Virginia and is moving east-northeastward at 29 mph. This general motion is expected to continue for the next couple of days with an increase in forward speed. Maximum sustained winds are at 65 mph with higher gusts. Some additional strengthening is expected today and tonight. 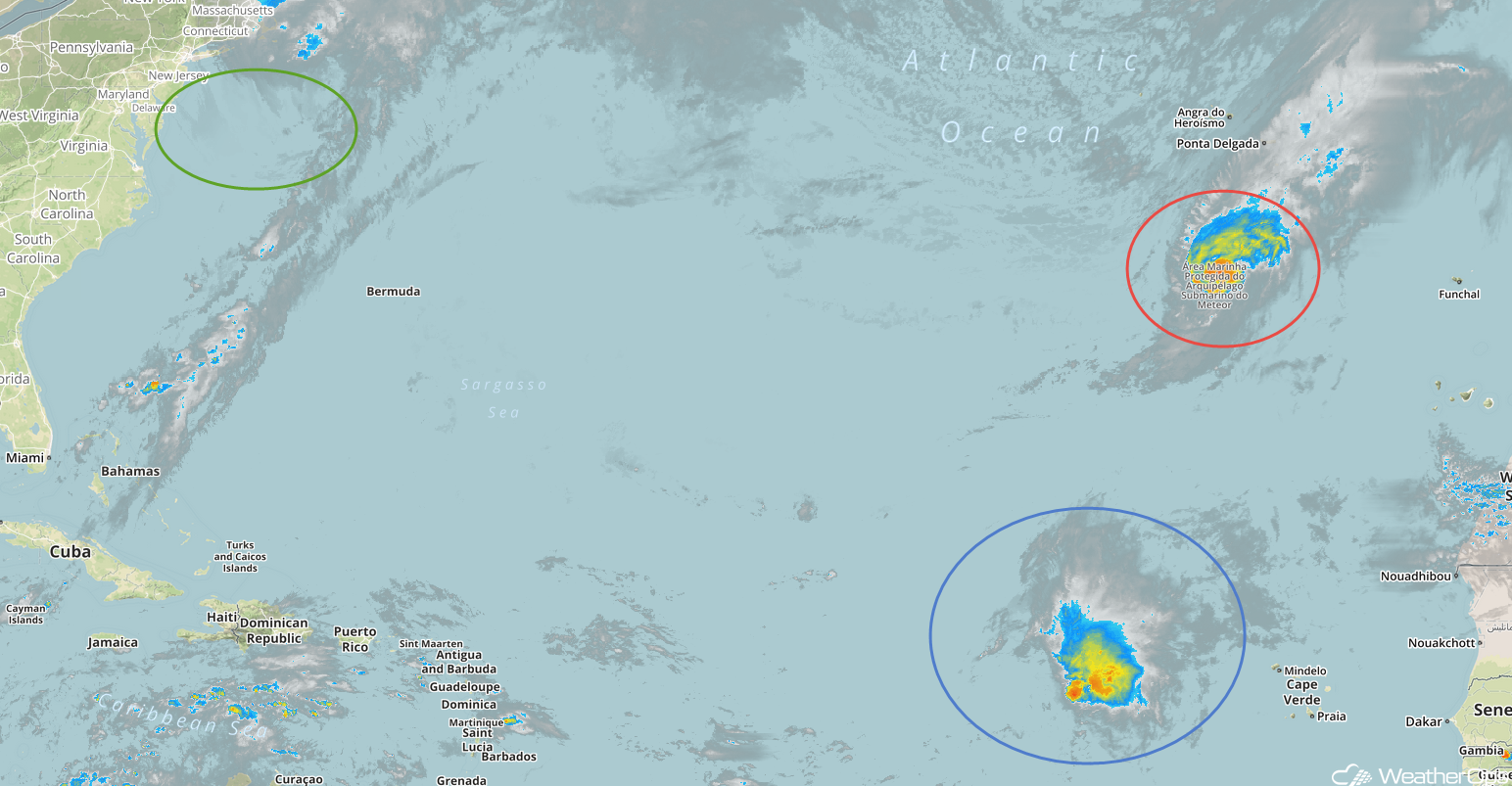 A Look Ahead
Heavy rain will extend from southwest Texas into the Ohio Valley on Monday ahead of a cold front. Some light to moderate rain may continue across portions of Texas Tuesday into Wednesday. Light snow is forecast over portions of the Northeast on Thursday as an area of low pressure moves eastward.