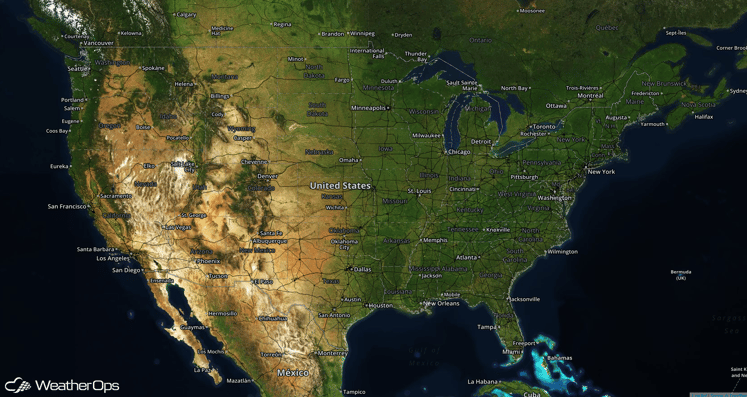 Severe Thunderstorms Possible for Central and Southern Plains on Friday

A strong upper level trough will swing through the Plains today, allowing for the potential of thunderstorm development across the Southern and Central Great Plains. Thunderstorms will develop during the afternoon and some will have the potential to become severe. Large hail and damaging winds will be the primary hazards with these storms. A few tornadoes may be possible across eastern Oklahoma, western Arkansas, and Northern Texas. 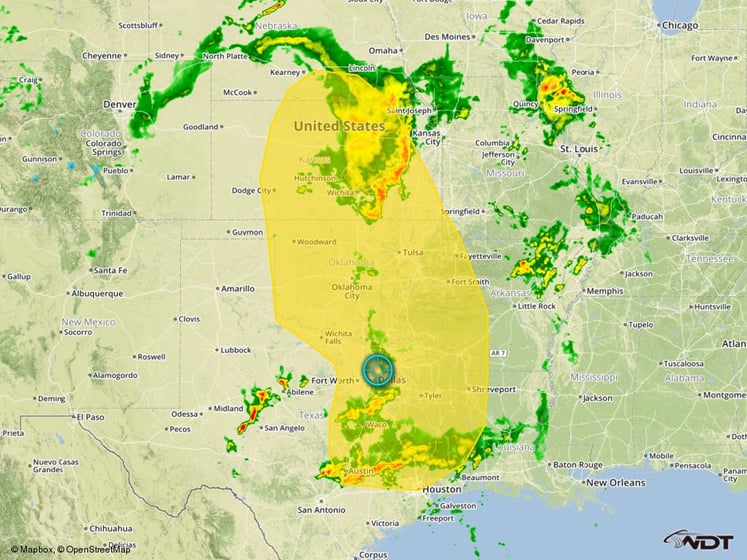 Widespread thunderstorms are expected from the Missouri Valley, through Arkansas, and into eastern Texas and western Louisiana. Deep moisture in place across this region will allow for thunderstorms producing heavy rainfall. Widespread rainfall accumulations of over one inch can be expected for most of this region, with locally higher amounts in excess of four inches possible in some locations. Given the recent rains in these areas, additional rainfall will aggravate any additional  flooding. 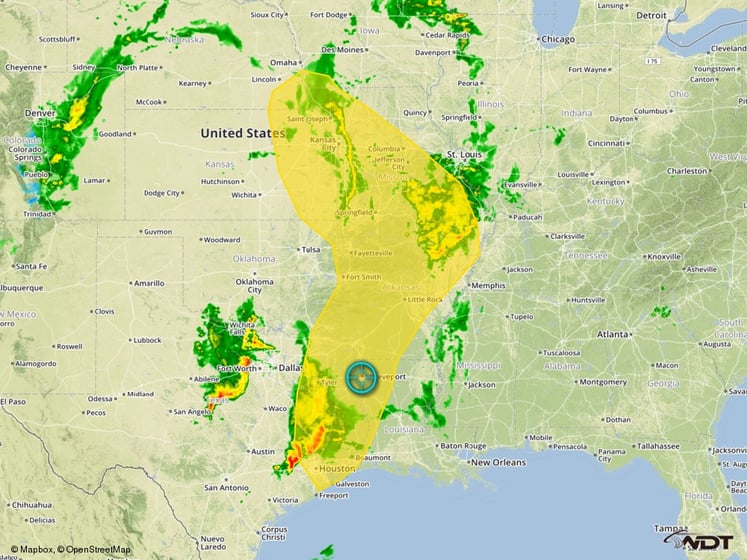 Strong to Severe Thunderstorms Possible for Central US on Saturday 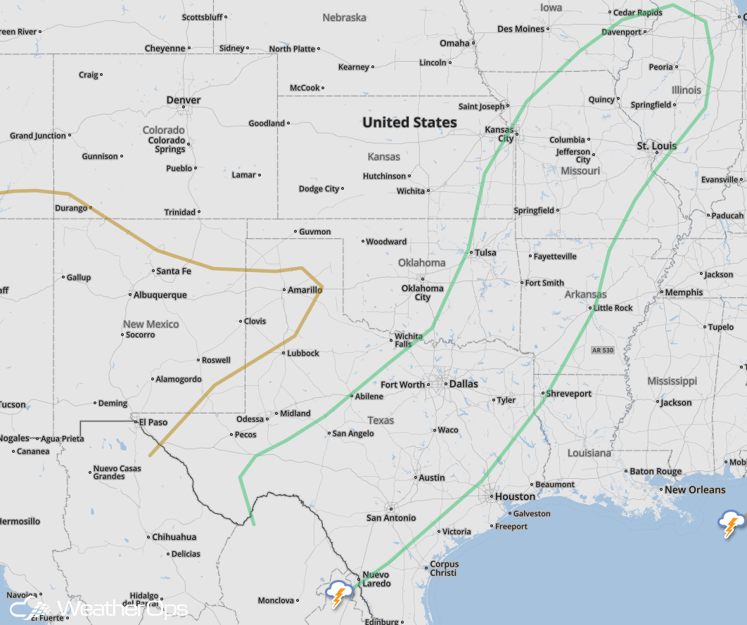 Thunderstorms are expected to develop across portions of Michigan, Indiana, and Ohio ahead of a cold front on Sunday. Weak wind shear should limit the overall severe potential, but a few thunderstorms could be strong and produce hail and/or damaging wind gusts. 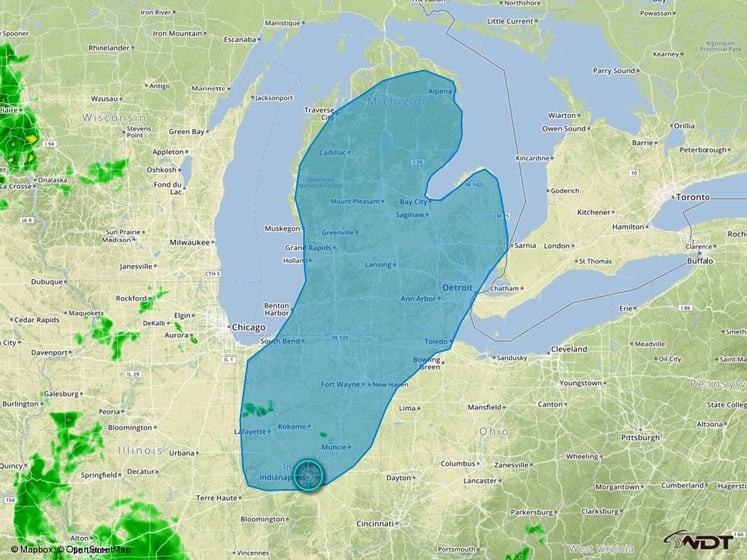 A few thunderstorms are forecast to develop across portions of southeastern Colorado, southwestern Kansas, Eastern New Mexico, Western Oklahoma, and the Texas Panhandle on Sunday. A general lack of forcing will limit the thunderstorm coverage, but any thunderstorms that do develop would likely be in an environment conducive for severe weather. Large hail and damaging winds would be the primary hazards. 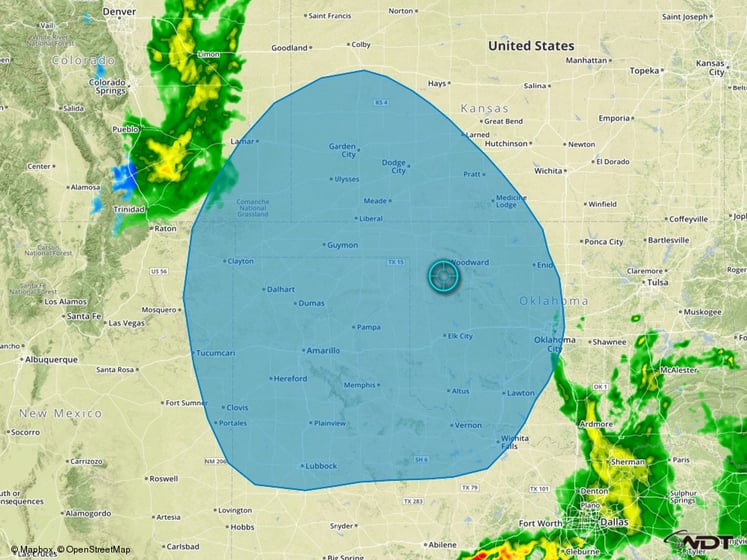 Widespread rainfall is forecast to develop across portions of the Southern Plains on Monday. While details remain uncertain regarding any severe weather potential, two day rainfall totals of 4-6 inches with locally higher amounts will be possible. Given the recent heavy rainfall across this area, additional heavy rain could lead to some flooding concerns. 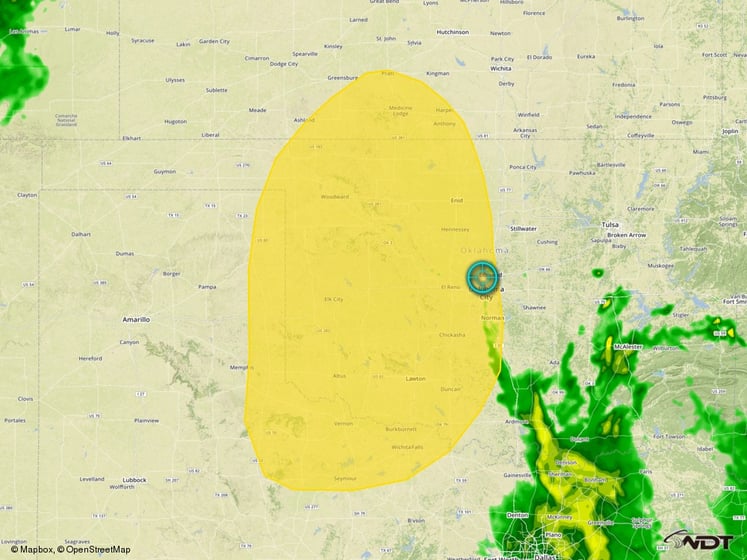