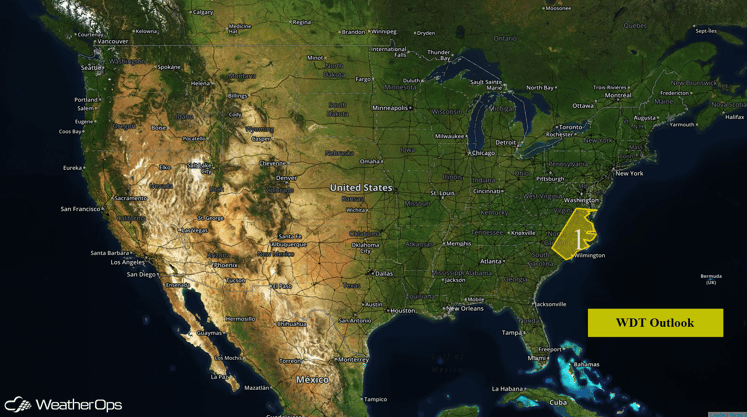 A cold front and an upper level trough will be moving into Region 1 on Friday and interact with warm, moist air, allowing for the potential for severe thunderstorms from the eastern Carolinas to southeastern Virginia. Some of these thunderstorms may have the potential to produce hail in excess of 1 inch in diameter and wind gusts in excess of 60 miles per hour. The tornado threat is low, however, an isolated tornado cannot be ruled out. Additional thunderstorms will be possible south and southwestward to the Gulf Coast later this morning and afternoon. 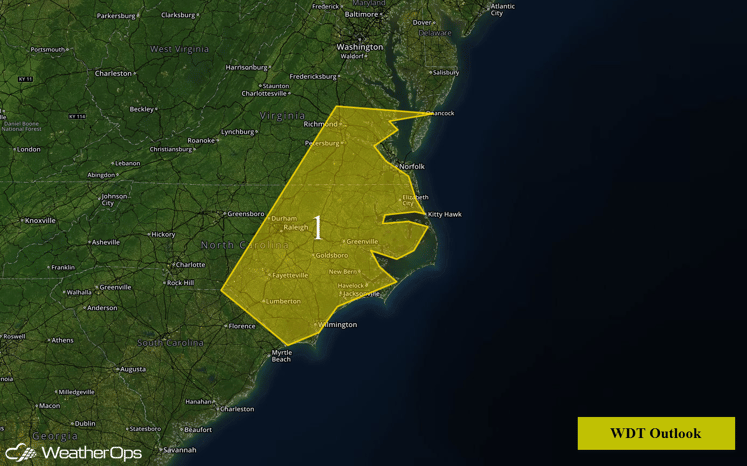 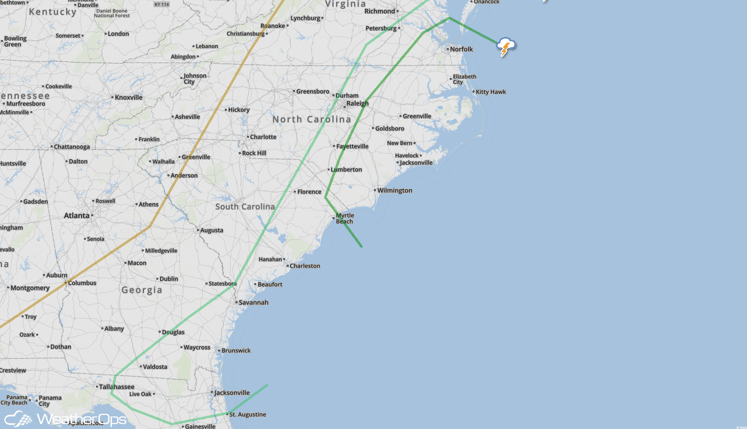 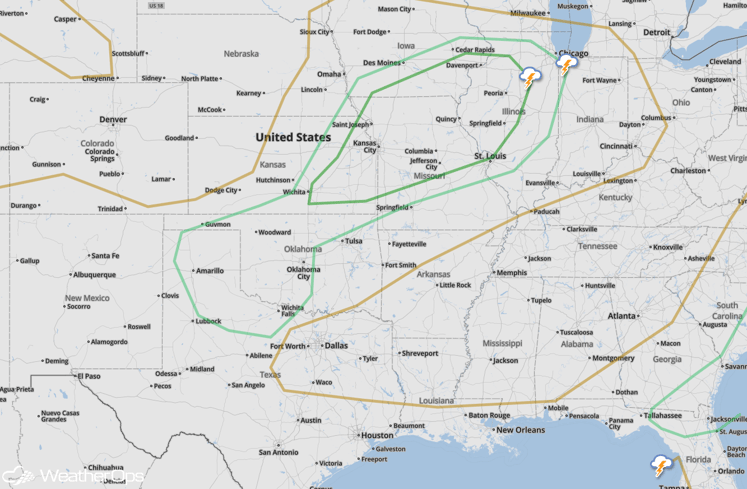 Strong to Severe Thunderstorms Possible from the Mid Atlantic through Northeast 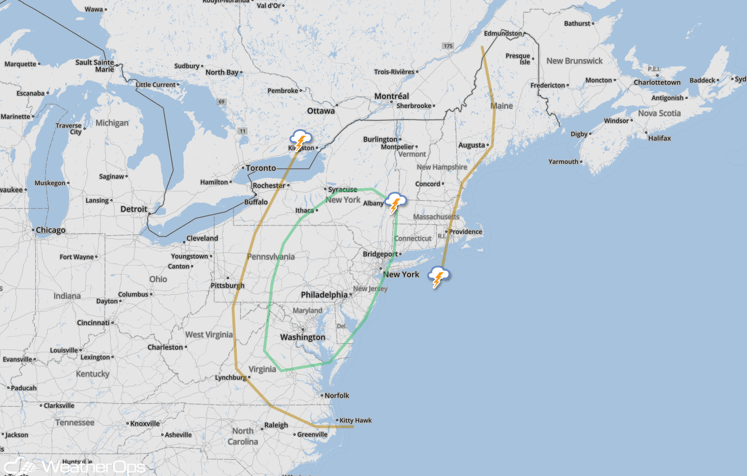 A cold front in the Southern Plains will slow down and stall out, allowing for the potential for thunderstorm development along and ahead of it. Large hail and strong winds will be the primary hazards with any thunderstorms that develop in this region. 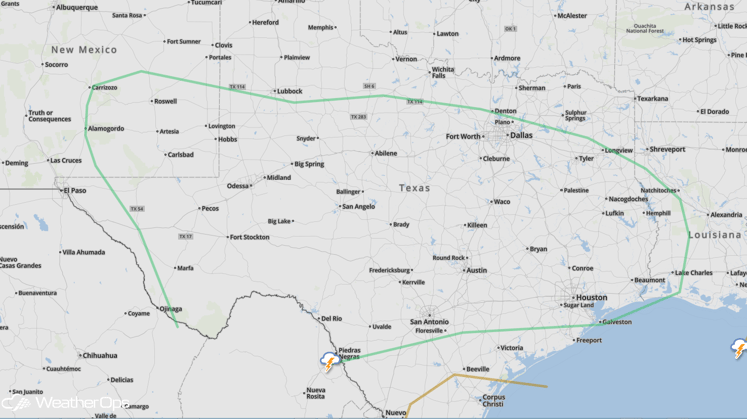 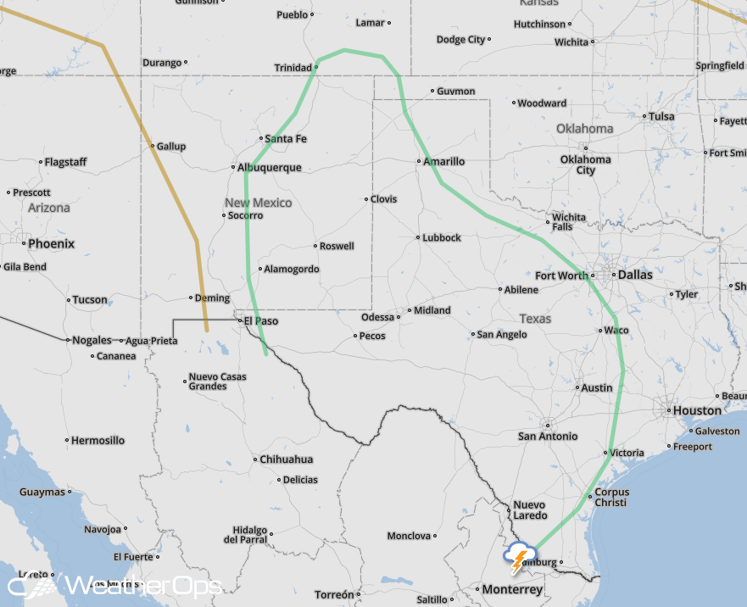