Snow will continue across portions of the Northeast through Friday as an area of low pressure moves to the south of the region. A stalled front will be the focus for snow across portions of the Plains through Saturday. An upper level trough will bring some light snow to the higher elevations of eastern Tennessee and western North Carolina late Saturday through early Sunday.

Region 1
An area of low pressure moving to the south of Region 1 will continue to bring snow to the region through the day on Friday. Snow accumulations of 2-4 inches with isolated higher amounts in excess of 5 inches are expected. 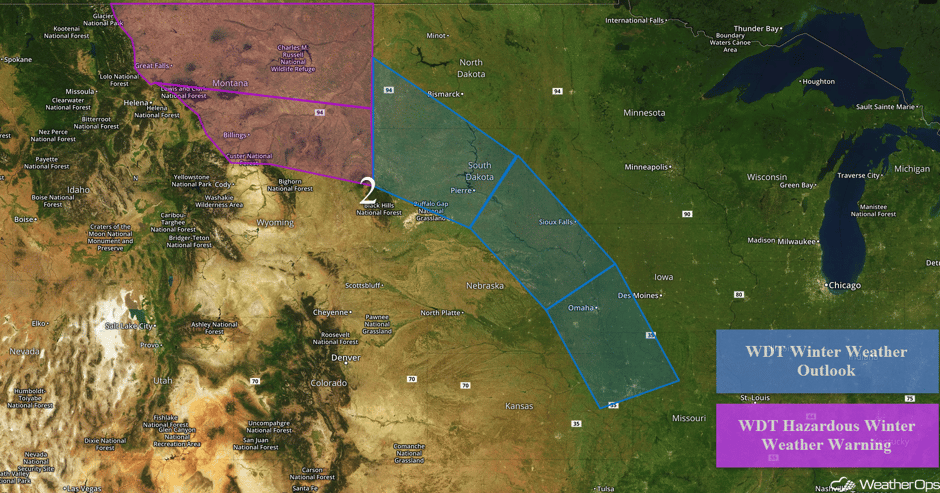 Region 3
An upper level disturbance is forecast to move across the region in the wake of a cold front. Light to moderate snowfall is expected beginning late Saturday and continuing through early Sunday. The heaviest snowfall totals will likely be across the higher elevations of the Blue Ridge Mountains where locally higher amounts in excess of 4 inches are possible. Elsewhere, snowfall amounts of 1-3 inches are expected.

A Look Ahead
Snow may develop across the Great Lakes, Ohio Valley, and Mid Atlantic on Monday as an upper level trough moves across the region. While there is still some uncertainty in snow amounts, several inches of snow appear likely. By Tuesday, snow will move into the Northeast and continue through early Wednesday.