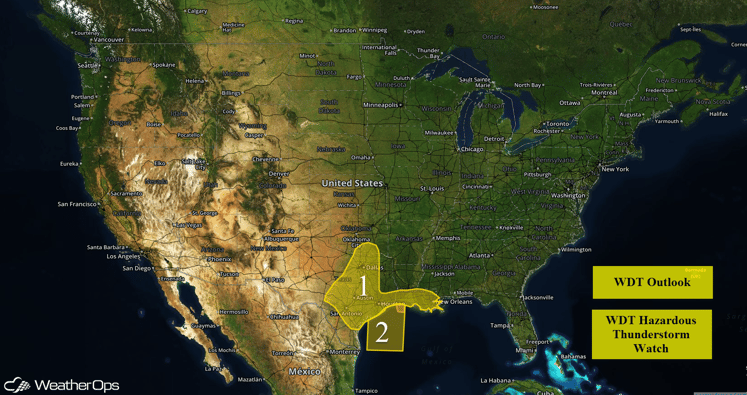 A very moist air mass, an upper level system, and a weak surface low are continuing to bring another day of heavy rainfall across Region 1. Rainfall amounts of 1-2 inches will be common, with local amounts in excess of 3 inches. These rains will be falling in areas in which earlier heavy rains have been causing flash flooding. Rain will continue into Saturday when an additional  1-2 inches with locally heavier amounts in excess of 3 inches possible mainly across east Texas. 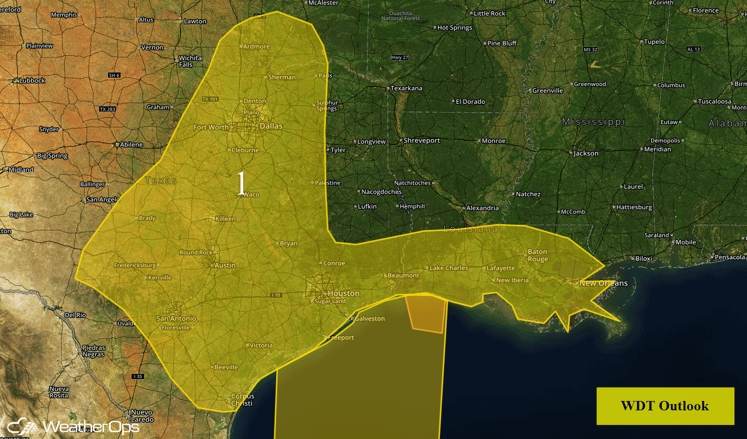 Thunderstorms have developed to the southeast of a broad area of low pressure across Texas. Continued development will remain possible throughout Region 2 as thunderstorms move to the east-northeast and northeast. Primary impacts will include the potential for wind gusts in excess of 45 knots, enhanced seas, frequent lightning, and heavy rainfall. Additionally, there remains a low to moderate threat for waterspouts. 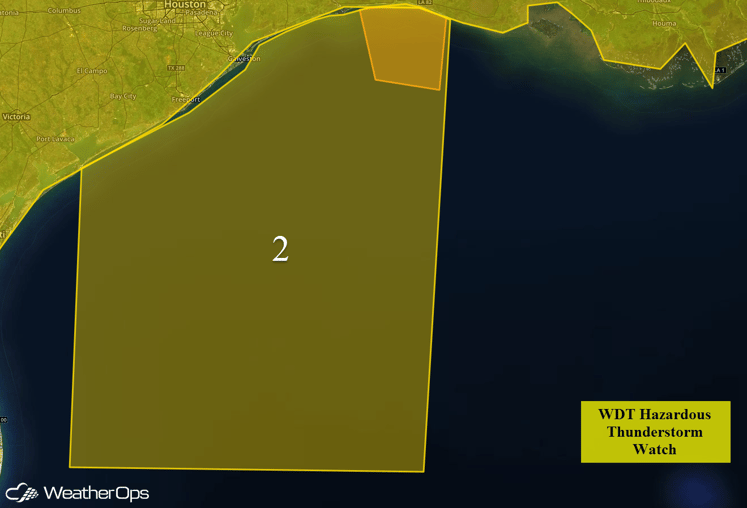 An upper level trough is forecast to move into the Northern Plains and provide upper level support for the development of thunderstorms. Coupled with the trough will be an area of low pressure that will form in southern Canada and the Dakotas. Primary impacts will be damaging winds and hail, as well as frequent lightning and heavy rain. These storms may cluster and move east and southeast overnight, in which case damaging winds will be the primary threat. 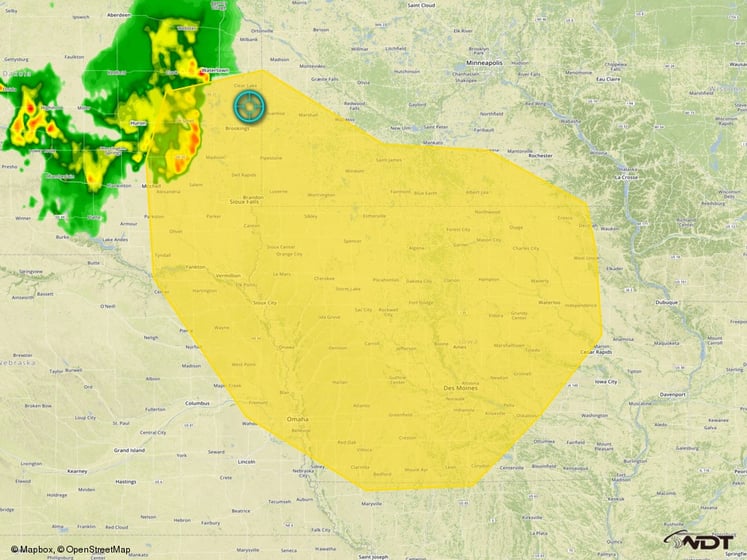 An upper low and the attendant surface system will continue to move slowly to the northeast, reaching the western Great Lakes by early Saturday, With the cold front extending to the south, a few strong to severe thunderstorms capable of producing hail will be possible along and ahead of the front during the late afternoon and early evening. 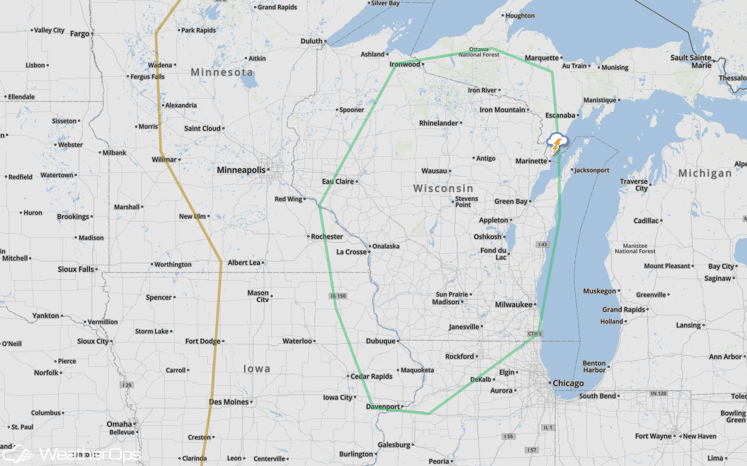 Strong to Severe Thunderstorms Possible for Ohio Valley on Saturday

Thunderstorms will be possible across the Ohio Valley ahead of an upper level trough on Saturday. As thunderstorms develop, hail and damaging winds will be the primary threats. In addition, heavy rainfall amounts of 1-2 inches with locally heavier amounts in excess of 3 inches are possible. 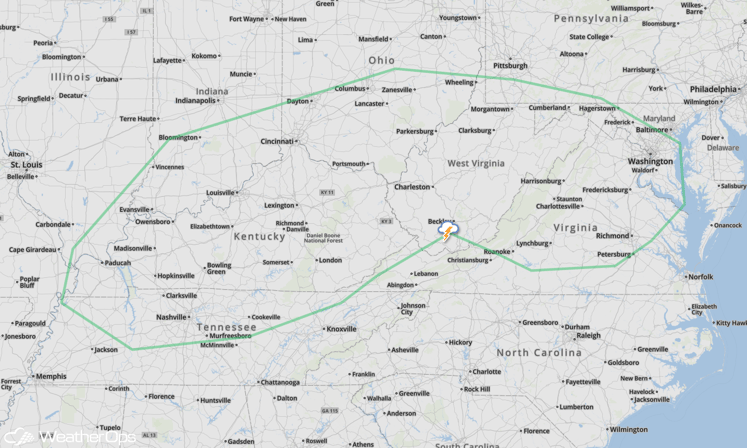 Strong to Severe Thunderstorms Possible Across Eastern US on Sunday

The surface low that will be in the western Great Lakes on Saturday will continue to move to the east. With very moist air in place over the eastern United States, the surface cold front swinging in from the west, and strong upper level support, storms are expected to form along the front on Sunday and move eastward. Strong to severe thunderstorms can be expected from New York State all the way southward to the Gulf Coast.

The highest instability is expected to be in the mid-Atlantic states, from Maryland, through eastern Virginia, and southward to  northeastern North Carolina. At this time the potential for strong to severe thunderstorms in this particular area is fairly high. Wind shear profiles are expected to be favorable for long-lived supercell storms in this region. The primary issues in this part of the threat region will be large hail, damaging winds, and a few tornadoes. 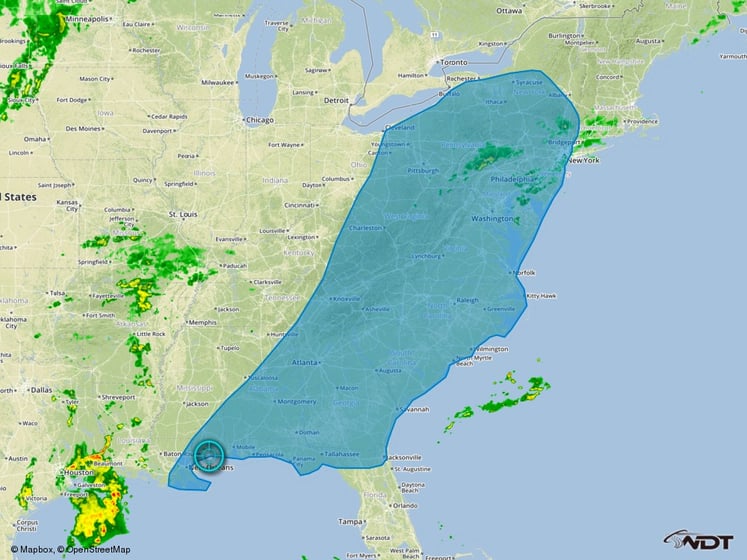 Heavy Rainfall for Portions of New England on Sunday

The low over the Great Lakes will continue to move eastward Sunday and Sunday evening, and heavy rain should fall in New England, especially in the overnight hours. Rainfall amounts of 1-3 inches with locally higher amounts in excess of 4 inches are expected through early Monday morning. 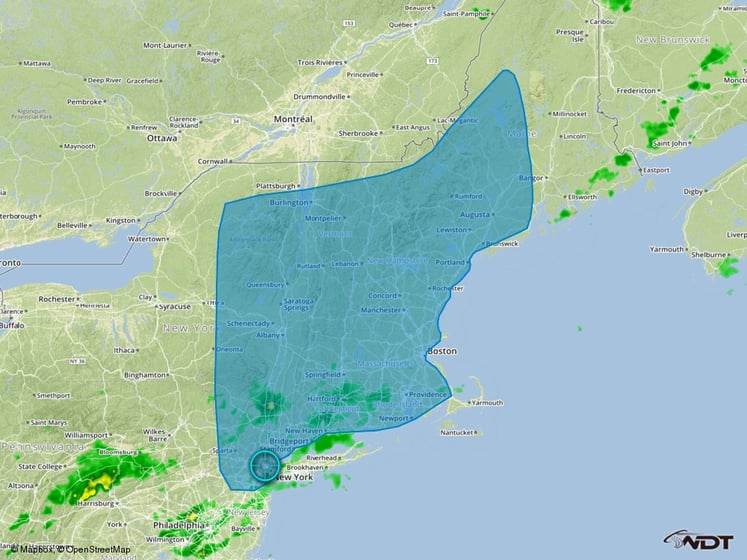 A tropical system developing in the southern Gulf will move into the eastern Gulf on Monday. While the intensity of the system is still uncertain, models are suggesting that it may attain tropical storm strength and begin to spread heavy rain into Florida. Two day rainfall totals of 4-6 inches with locally heavier amounts in excess of 8 inches will be possible. 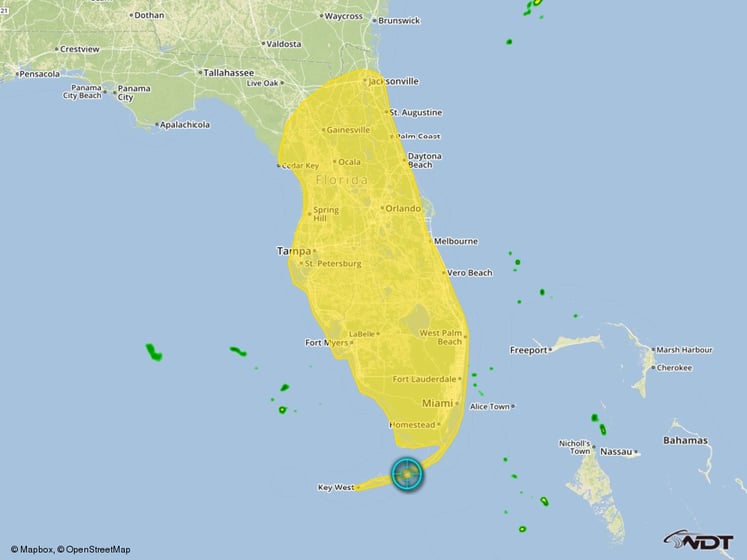