A cold front will be the focal point for thunderstorm development today across Region 1, accompanied by a weak upper level trough. With rich moisture present, moderate to strong instability is forecast to build leading to scattered thunderstorms. Thunderstorms are forecast to cluster and/or become line segments into the afternoon. However, overall support for severe weather remains low with severe wind gusts the primary hazards. 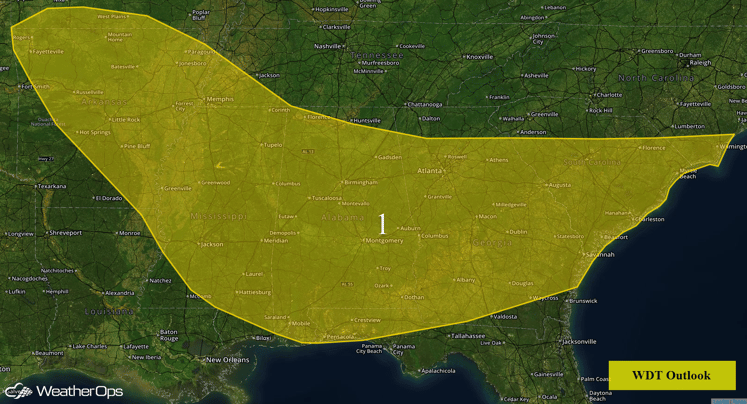 A cold front is forecast across the central and Northern Plains on Friday. Ahead of the cold front, warming temperatures into the afternoon as well as available moisture will allow for the development of scattered thunderstorms into the afternoon, with some storms potentially forming into clusters or lines. However, in the upper levels a ridge is forecast to build across most of the region limiting the overall intensity. The main impact with any developing thunderstorm will be the potential for large hail along with damaging wind gusts. While a low tornado potential is present, this threat is mainly for regions from Wyoming to orthwestern Nebraska, and South Dakota where wind shear is stronger. 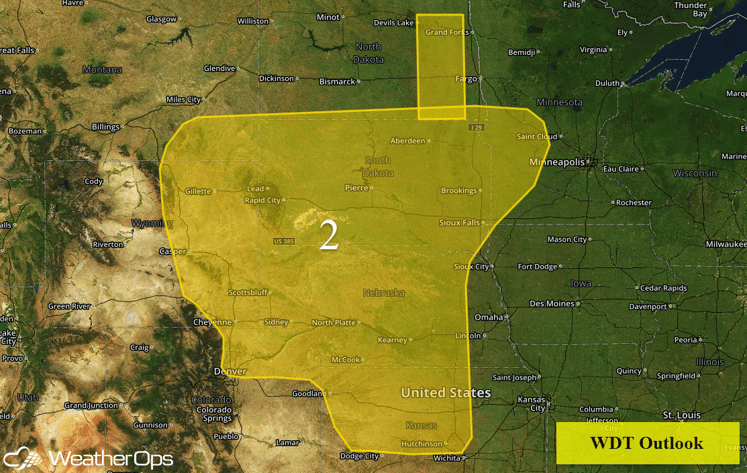 Strong to Severe Thunderstorms Possible on Saturday for Northern Plains

Widespread showers and thunderstorms are expected across the Northern Plains on Saturday, with much of the activity expected during the evening and overnight hours. An area of low pressure will develop in the lee of the Northern Rockies during the day and track into southern Manitoba during the evening and overnight hours. An associated warm front will form and push through the Dakotas, with moderate to strong instability forming across the region by the late afternoon. Thunderstorms should begin to increase during the evening hours along the warm front with large hail and damaging winds the primary hazards. A tornado or two cannot be ruled out during the evening hours. In addition to the risk for severe weather, ample moisture will  pose a risk for excessive rainfall, mainly in northern North Dakota into Southern Manitoba. Rainfall accumulations of 1-2 inches, with locally higher amounts in excess of 3 inches will be possible through the overnight hours into Sunday morning.

Strong to Severe Thunderstorms Possible Across Northern Plains on Sunday

Strong to severe thunderstorms will be possible across central Minnesota into the Northern Plains on Sunday. An area of low pressure will be tracking northeast into Ontario during the day, with the associated cold front extending southwest through the threat region. Moderate to strong instability is expected to form ahead of this front by the late afternoon, with the greatest threat for severe weather being late afternoon into the evening. Strong flow aloft will likely support organized storms, with supercells possible. Primary hazards with any storms that become severe will be large hail and damaging winds, with a couple tornadoes possible as well. 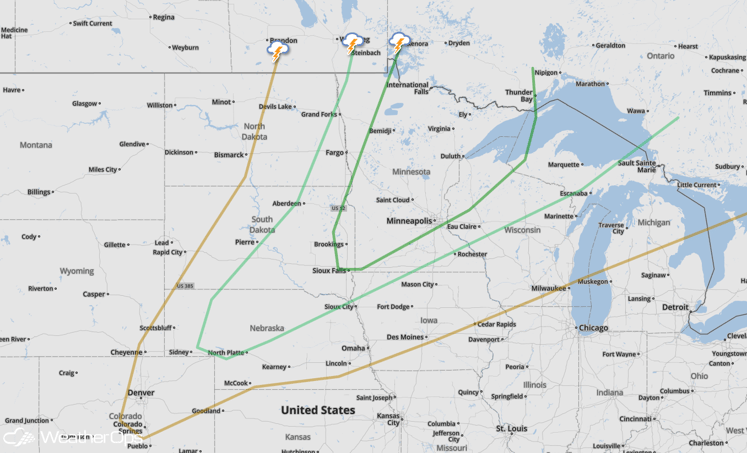