Severe Thunderstorms Expected Friday for the Central Plains and Upper Midwest
Strong jet stream winds remain over the Upper Midwest and Missouri Valley this morning. Within that upper flow, one or two waves of low pressure are forecast to push across the region later this afternoon and evening. With moisture remaining high across the region, a very unstable environment will support the development of severe thunderstorms capable of large hail and damaging winds. A broken line of storms is forecast to develop from north-central Kansas northeastward to the Minnesota/Iowa border by late afternoon. Storms should quickly become severe and progress southeastward with potential severe impacts for Nebraska, Iowa, Kansas, and Missouri. The greatest risk for severe weather will exist across Southeast Nebraska, Northeast Kansas, Northwest Missouri, as well as Central and Southwest Iowa. Additional isolated thunderstorms may develop further southwestward into Northwest Oklahoma and Southwest Kansas with a lesser threat of large hail and severe winds. 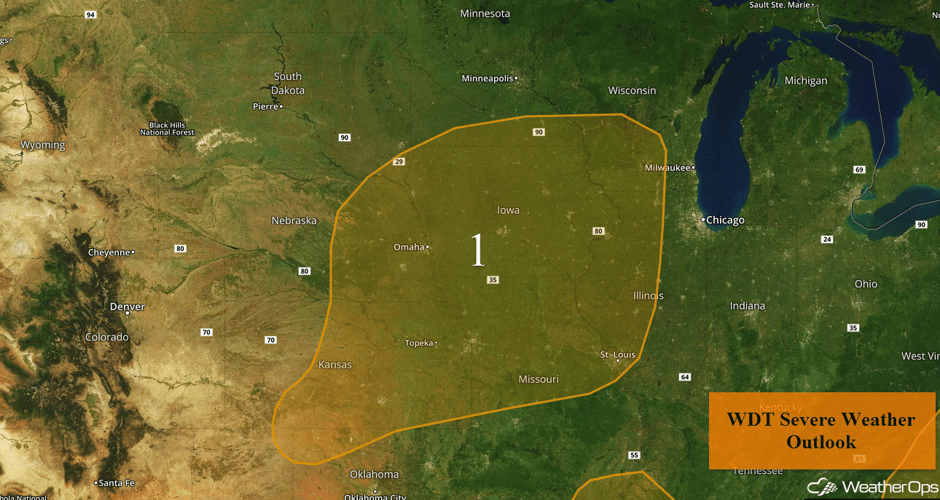 Thunderstorm Potential for Portions of the Southeast and Mid Atlantic on Friday
There will be a chance for strong to severe thunderstorms across a large portion of the Mid Atlantic southward into Florida and the Gulf Coast. Isolated strong to severe thunderstorms are expected to develop during the afternoon as daytime heating increases. The greatest coverage will likely be over Mississippi. Hail and damaging winds will be the primary hazards with these storms. Activity should diminish after sunset. 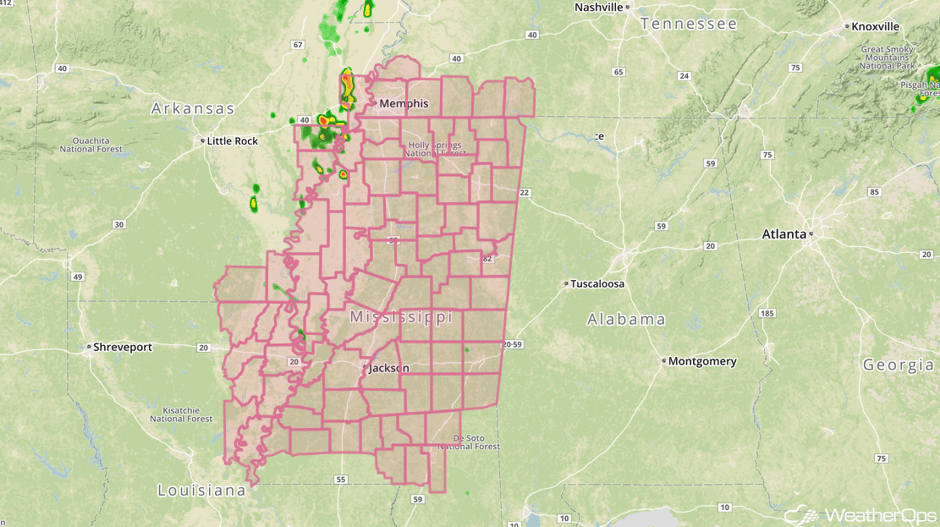 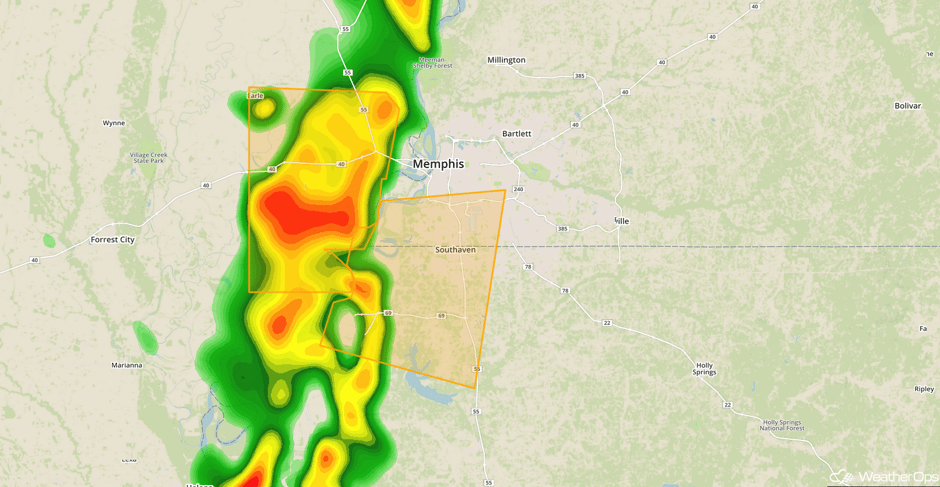 Severe Thunderstorms Expected Saturday for the Central Plains, Upper Midwest, and Great Lakes
A potent upper-level trough will likely dive southward into the Central Plains and Missouri Valley on Saturday. This trough will be associated with a strong surface low and a favorable environment for the development of strong to severe thunderstorms. Overnight and early morning showers may disrupt an otherwise favorable environment for severe thunderstorms. However, any storms that develop will have the potential for large hail, damaging winds, and tornadoes. The most likely time frame for thunderstorms will be from the early afternoon through the overnight hours.

Risk for Thunderstorms from the Northeast to the Southern Plains on Sunday
A strong surface low and cold front will affect portions of the Northeast, Ohio Valley, Lower Mississippi Valley, and Southern Plains on Sunday. Marginal shear and moderate instability along and directly ahead of a cold front will likely allow for strong to severe thunderstorms to develop from upstate New York southwestward into far northeastern Texas. There is still some uncertainty, however, a marginal to slight risk of strong winds and hail will exist. Excessive rainfall amounts of 0.50-2 inches with locally higher amounts in excess of 2 inches are possible. 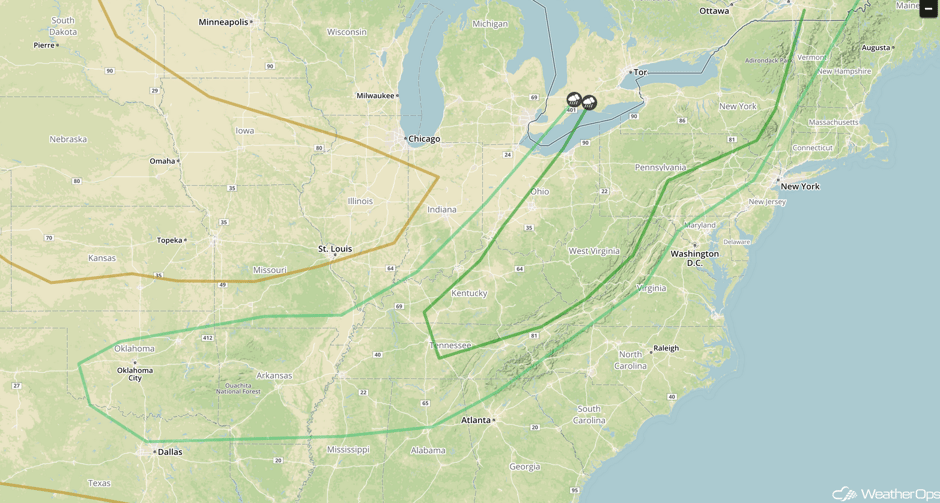 A Look Ahead
A few thunderstorms may develop Monday from portions of the Plains into the Northeast along a stalled front. The risk for thunderstorms will continue into Tuesday.