Thunderstorms Friday across the Central Plains, Eastern Great Lakes, Ohio Valley, and Northeast
A cold front dropping southward across the Central Plains and Ozarks as well as weak upper level disturbances moving through the High Plains will allow for the development of isolated to scattered thunderstorms this afternoon and evening. Daytime heating will lead to increasing instability and allow for a potential for strong to severe thunderstorms capable of gusty winds and hail.

Further east, an upper level system will impact a large region including portions of the Great Lakes, Ohio Valley, and Northeast. At the surface, a cold front sliding southeastward will provide a focus for thunderstorm development, and storms will be favorable for the development of strong to severe thunderstorms. Thunderstorms are currently ongoing across portions of Indiana and Ohio, with more development likely later today. Large hail, damaging winds, and tornadoes will all be potential hazards with these storms. The highest risk will be centered over Indiana, Kentucky, and Ohio where storms may be enhanced by outflow boundaries from earlier convection. 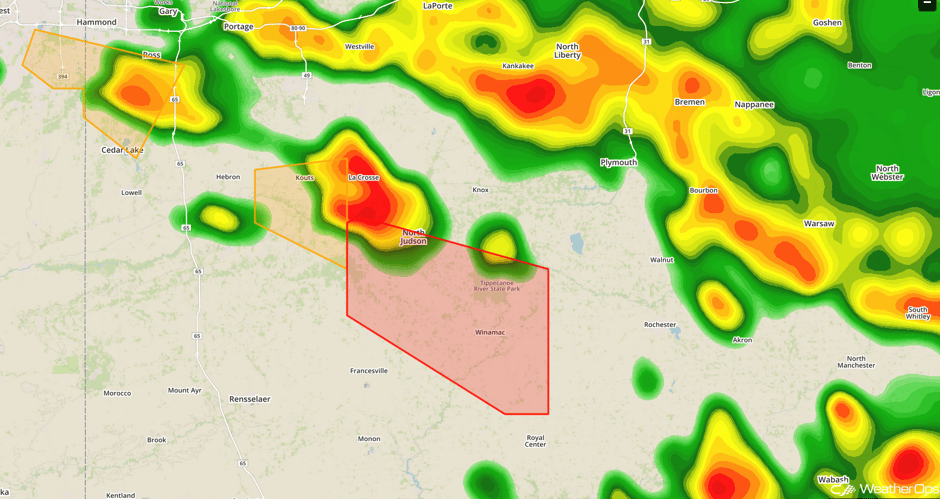 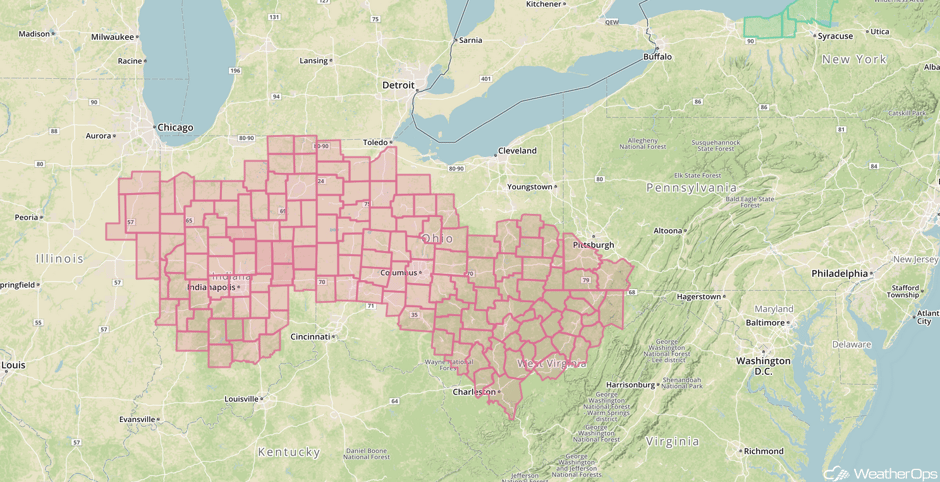 Risk for Thunderstorms across the Carolinas Friday
Isolated thunderstorm development is anticipated later this afternoon and evening as a weak cold front moves into the region. Storms will be strong to severe with gusty winds the primary hazard.

Excessive Rainfall Friday for Portions of the Northeast
There will be a risk for excessive rainfall across portions of New England on Friday along a stalled front. Rainfall totals will range 0.50-1.50 inches with locally higher amounts in excess of 1.50 inches. 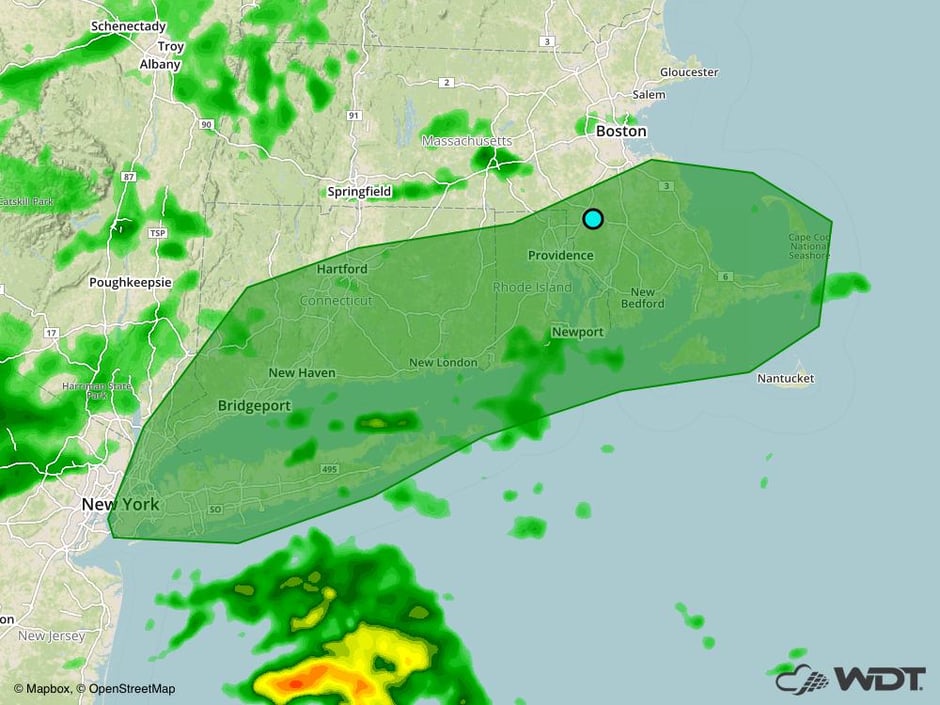 Thunderstorm Potential for the Southern Plains, Southeast, and Mid Atlantic on Saturday
High pressure will continue to move eastward on Saturday. However, at the surface, a cold front will continue to move slowly eastward with the tail end of the front stalling across the Mid Atlantic, Southeast, and southern Plains. Showers and thunderstorms, some severe, may develop. Significant severe weather is unlikely, but severe winds and large hail will be the primary hazards within the stronger storms. Further west, in the Central Plains, moisture and daytime heating may allow for the development of thunderstorms. Strong to severe wind gusts will be the primary hazards with these storms. 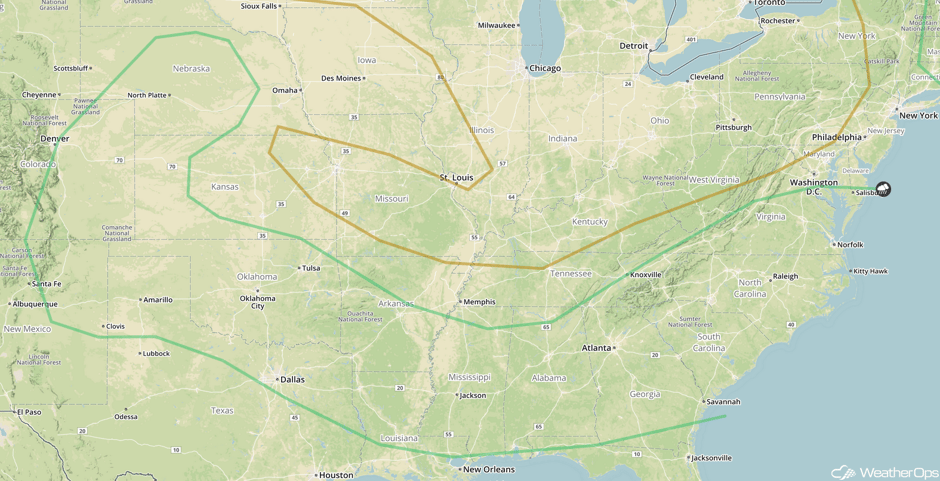 Strong to Severe Thunderstorms Possible Saturday across the Northeast
The northern end of the surface cold front will move eastward over the Northeast. Moderate instability is expected to build just ahead of the front, which will likely allow for the development of strong to severe thunderstorms during the afternoon and evening hours. Strong to severe wind gusts and some isolated large hail will be the primary hazards. 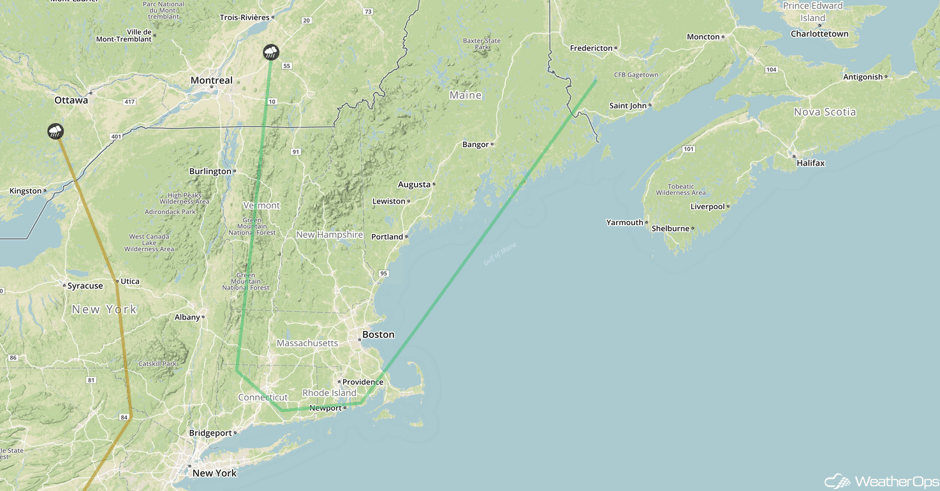 Tropical Update
The center of Tropical Depression Four is located 690 miles east of the Lesser Antilles and is moving toward the west-northwest near 21 mph. Maximum sustained winds are near 30 mph. This depression is expected to become a remnant low later tonight.

A Look Ahead
An area of low pressure over the Northern Plains will bring scattered showers and thunderstorms to the Upper Midwest and Great Lakes on Monday. This activity will move into the Great Lakes and Ohio Valley on Tuesday and continue through Thursday.