A surface low will develop in Montana and move east-northeastward with a warm front extending into North Dakota late this afternoon. Warm, moist, and unstable air will overspread the region as the warm front moves northward during the day. Thunderstorms are expected to develop during the late afternoon over western portions of Region 1. Some of these storms could become supercells capable of large hail, damaging winds, and tornadoes with the greatest tornado risk across western North Dakota. Storms should become linear as the evening progresses and push eastward during the late evening and overnight hours. The primary threat will then become damaging winds. 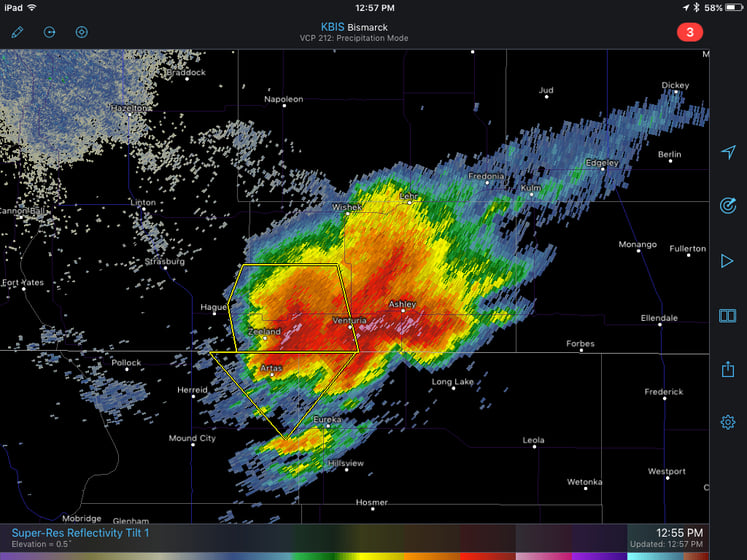 Thunderstorms will develop across Region 2 this afternoon as a result of strong daytime heating. A few of these thunderstorms may become strong to severe and produce small hail and damaging winds. Any thunderstorms that develop in this region will also be capable of producing frequent lightning and heavy rain.

During the morning hours on Friday, moderate rainfall with embedded thunderstorms are forecast to progress across Region . Clearing will develop as the afternoon progresses. As clearing continues  during the afternoon, thunderstorms are expected to develop across the region in response to strong daytime heating. Conditions will be favorable for thunderstorms to become severe, with damaging wind gusts as well as some isolated areas of large hail expected to be the primary hazard within any thunderstorm that develops. Thunderstorms that develop will also be capable of producing frequent lightning and heavy rainfall.

Thunderstorms are expected to develop ahead of a cold front digging into the Upper Midwest by Saturday afternoon. Strong instability and moderate wind shear ahead of this cold front should allow for some of these thunderstorms to become severe, with a few supercells possible. The main severe weather threat will be damaging winds, but some of the more intense thunderstorms could produce large hail and possibly a few tornadoes. Thunderstorms should weaken below severe limits by midnight as they approach the Great Lakes. In addition, locally heavy rainfall amounts of 1-2 inches with isolated higher amounts in excess of 3 inches will be possible.

Thunderstorms may develop as a weak upper level trough moves  through the region during the afternoon. A few thunderstorms may become strong to severe with gusty winds and small hail the primary hazards.

Weak upslope flow along the Front Range of the Rockies should allow for a few thunderstorms to develop late Sunday afternoon or early Sunday evening. A few of these thunderstorms could become severe with hail and damaging winds possible.

Strong to Severe Thunderstorms Possible on Sunday Across the Great Lakes

Thunderstorms are expected develop across the Great Lakes on Sunday ahead of a cold front moving into the region. A few thunderstorms may become strong to severe with strong winds and hail the main threats. 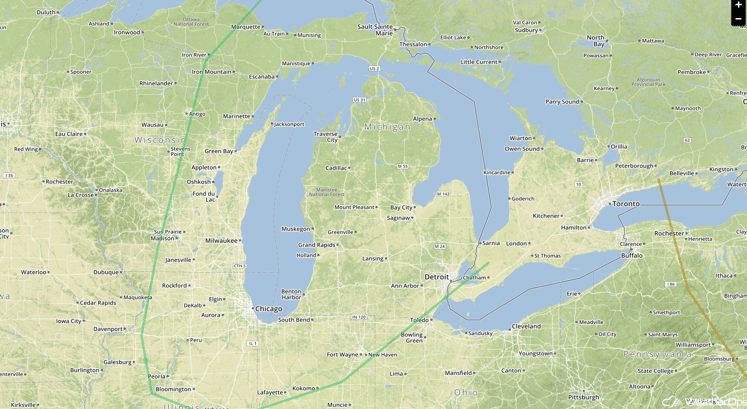 Rain and thunderstorms are forecast to move through portions of the Central Plains and Midwest on Sunday. Widespread rainfall accumulations around an inch with locally higher amounts in excess of two inches will be possible. Given the recent heavy rainfall in this region, additional heavy rainfall could lead to flash flooding. 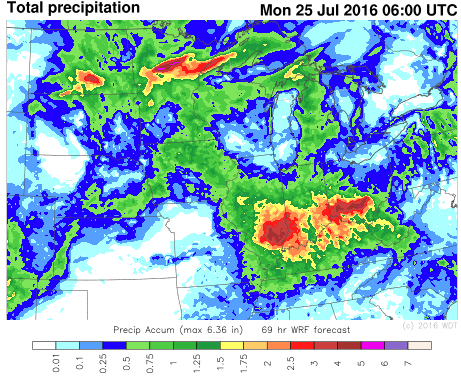 Rainfall through 1am CDT Mo