Severe thunderstorms are expected Friday from the Central Plains into the Ohio Valley as a warm front moves northward. The risk for excessive rainfall and flash flooding across the Southwest will continue through Saturday. 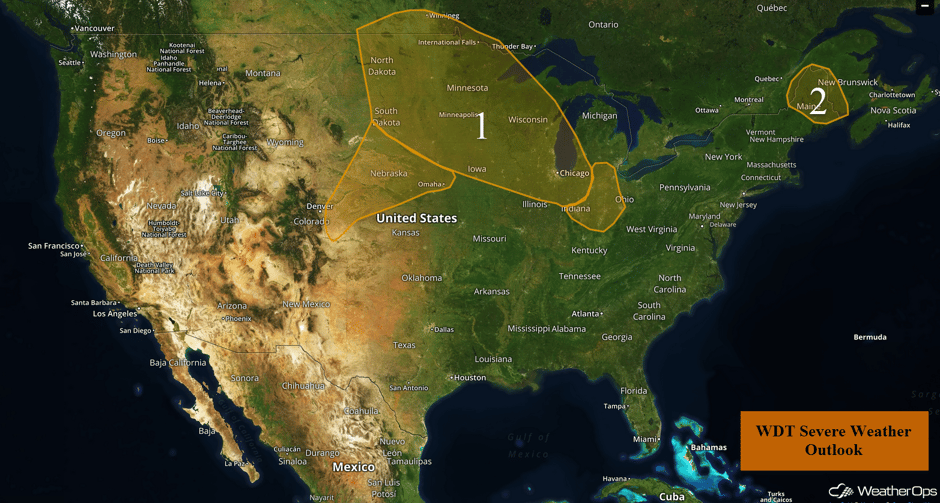 Severe Thunderstorms Expected Friday from the Plains into the Ohio Valley
Isolated severe storms are forecast from the southern portions of South Dakota southwestward into eastern Colorado through early this evening. Large hail and damaging winds will be the primary hazards with these storms.

Further north and east across the Northern Plains and Midwest, a large complex of showers and thunderstorms is present over southern Minnesota, northern Iowa, and far western portions of Wisconsin and Illinois. This activity has generally been non severe and any severe activity is expected to be rather sparse through midday. Storms will develop along a front this afternoon into the evening. Severe thunderstorms are likely to redevelop from portions of the Dakotas southeastward into Minnesota, Iowa, Wisconsin, and Illinois late this afternoon. There are some uncertainties with timing and the potential for the threat to linger into the overnight hours. At this time, storms may continue across the Great Lakes through Midnight. Large hail and damaging winds will be the primary hazards with these storms. An isolated tornado or two cannot be ruled out from the Dakotas eastward into western Wisconsin late this afternoon through the early evening.

Across easternmost portions of the region, storms are moving eastward while a new round is moving into portions of Indiana, Ohio, and surrounding areas later this afternoon. Isolated strong storms are forecast to develop with the primary hazards being heavy rain, frequent lightning, and wind gusts in excess of 40-50 mph. A third complex may approach the region from the northwest late tonight and early tomorrow morning. These storms will likely be weakening with hail and damaging winds the primary hazards. 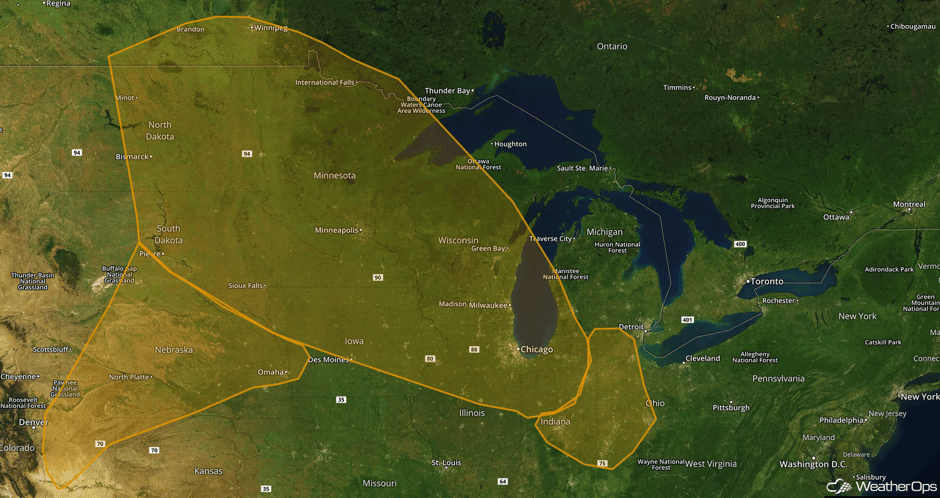 Thunderstorms for Portions of Maine on Friday
A couple isolated strong thunderstorms may develop ahead of a cold front approaching from the northwest. The most likely timing for storm initiation will be late afternoon through early evening. Although the risk is marginal, there will be a potential for large hail and damaging winds. 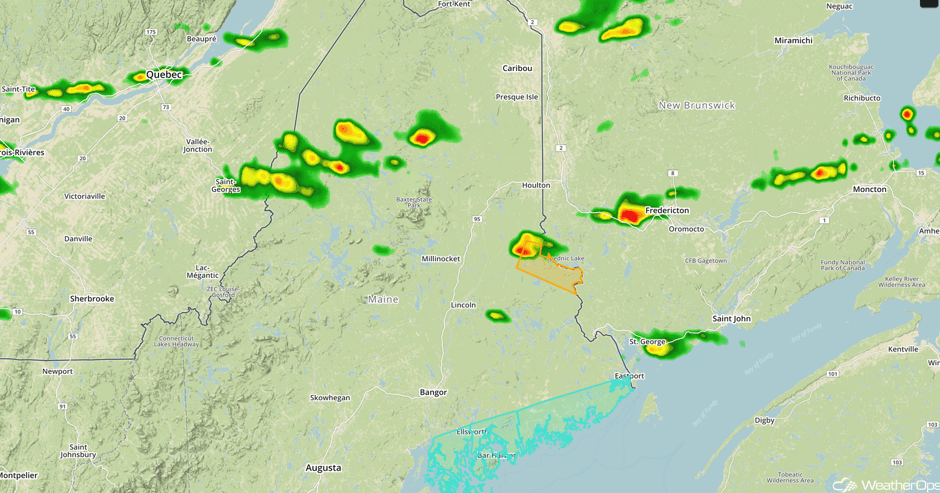 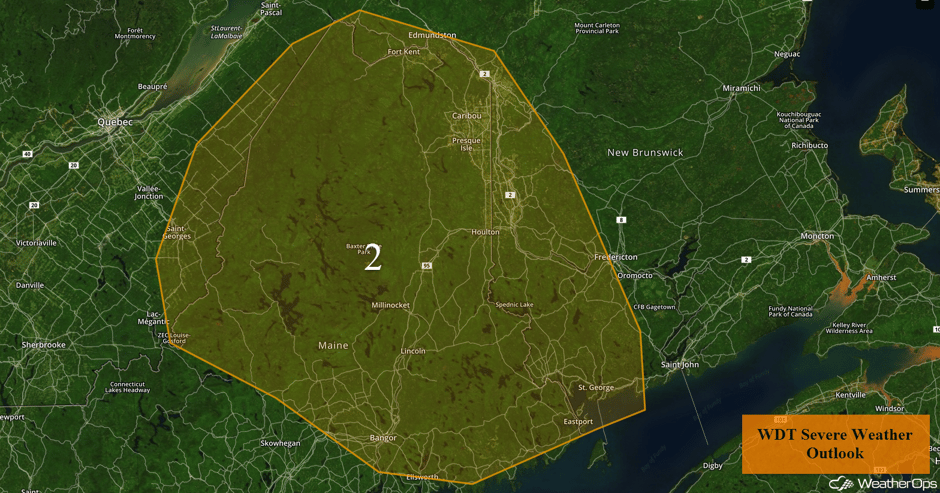 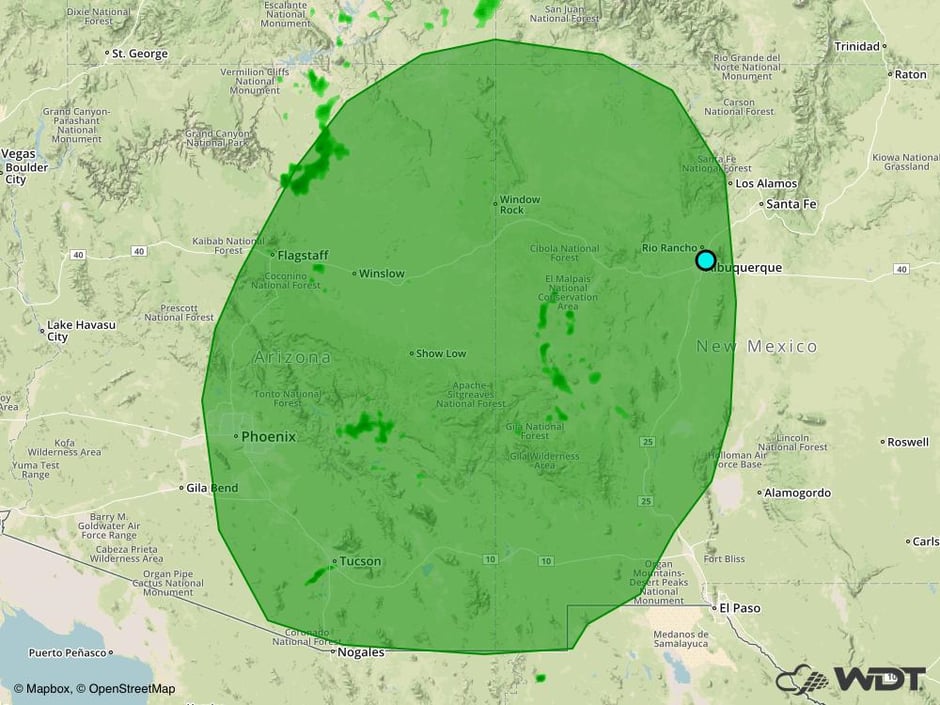 Thunderstorm Potential Saturday from the Northern Plains into the Mid Atlantic
On Saturday, there will be a risk for strong to severe thunderstorms from the Northern Plains into the Mid Atlantic. Thunderstorms will likely be ongoing across the Great Lakes into the Ohio Valley during the morning hours. These storms will likely pose a low risk for strong to damaging winds. Into the afternoon and evening, additional thunderstorms are expected along a stalled front from the Ohio Valley into the Mid Atlantic during the afternoon and evening. This activity will likely be scattered in nature and pose a risk for large hail, damaging winds, and isolated tornadoes into the early evening. Over northern Minnesota, an upper level disturbance will move through the region during the late afternoon and evening. Scattered thunderstorms may develop during that time with large to very large hail and damaging winds being the primary hazards. 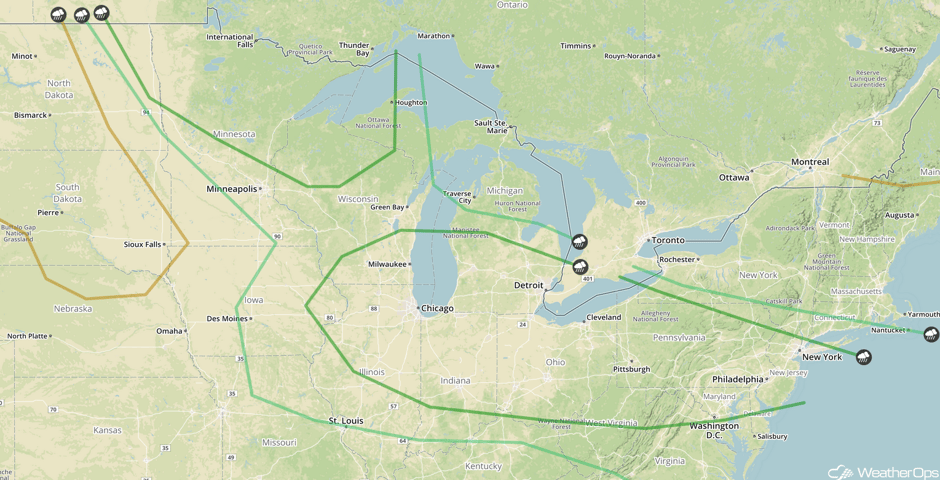 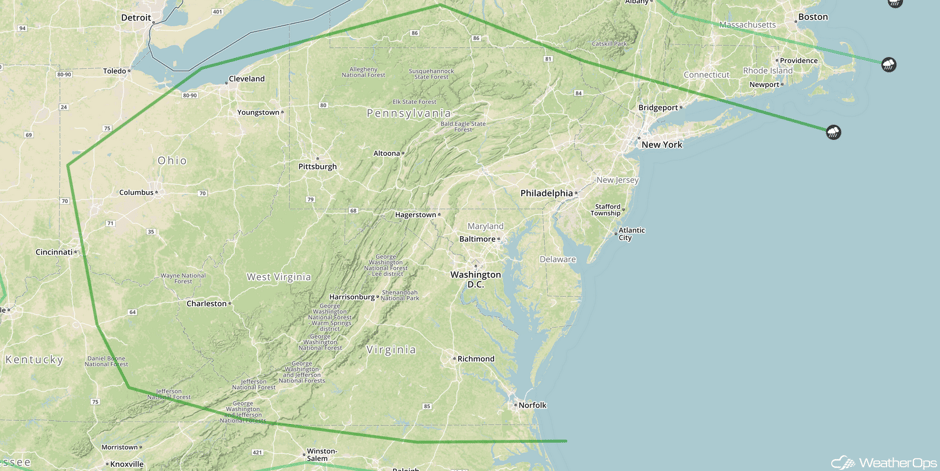 A Look Ahead
An upper level disturbance will move into the Pacific Northwest on Tuesday. Thunderstorms may develop across the region, some of which may become strong to severe.