Severe thunderstorms are likely along the northern coast of Texas and the southern Gulf Coast states on Friday ahead of a cold front. Snow will continue for the Four Corners region as a storm system moves across the region.

Region 1
Severe weather looks to be likely across portions of the northern coast of Texas into the southern Gulf Coast states on Friday. Model guidance indicates that thunderstorms will develop around the Houston area during the late afternoon and early evening. These storms will increase in coverage and intensity while spreading eastward late into the night. The environment will support severe thunderstorms capable of producing large hail and damaging winds. A few tornadoes will be possible during the evening hours across Louisiana, Mississippi, and Alabama as the storms track eastward.

Region 2
Snow will continue across portions of the Four Corners region. Snow will diminish throughout the day before a second system brings heavy snow to the region Friday evening through early Saturday. Heavy snow is most likely above 6,000 feet but will drop as low as 4,500 feet by early Saturday. Snow accumulations of 4-8 inches are expected for elevations between 4,500 and 6,000 feet, 8-14 inches between 6,000 and 7,000 feet, and 12-18 inches above 7,000 feet. Across western Colorado and southeastern Utah, snow accumulations of 9-13 inches with locally higher amounts in excess of 14 inches are forecast. In addition, winds of 10-15 mph with gusts in excess of 35 mph will limit visibilities to less than half a mile at times.

Strong to Severe Thunderstorms Possible for Southern California on Friday
A few thunderstorms will be possible along an approaching trough and cold front across Southern Coastal California today. Weak instability will support strong to damaging wind gusts, but a widespread threat is not expected. Heavy rainfall will be possible as well, with amounts of 1-2 inches and locally heavier amounts in excess of 3 inches. 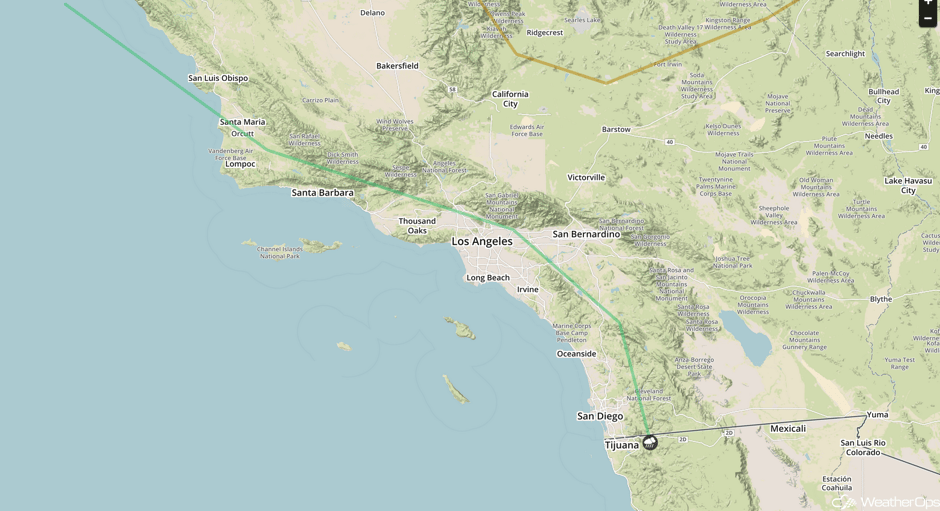 Significant Snowfall Possible for the Sierra Nevadas on Friday
Snowfall will continue across the Sierra Nevada on Friday as moisture continues to move inland. Another foot of snowfall is expected in the higher terrain. 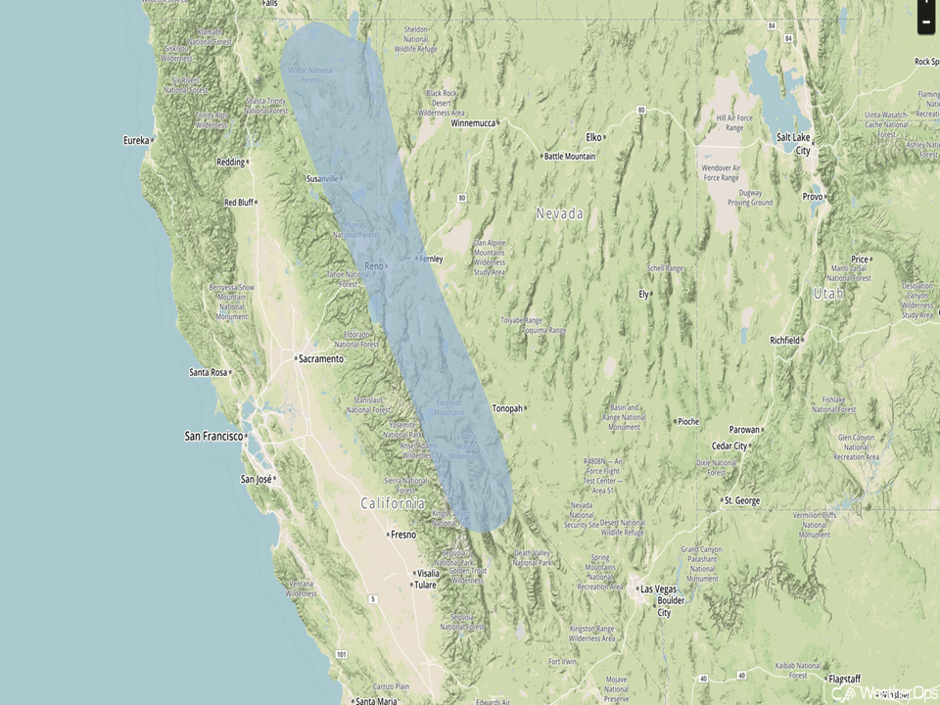 Severe Thunderstorms Expected for the Gulf Coast on Saturday
Ongoing thunderstorm activity from Friday will continue into Saturday morning, with some of this activity still potentially severe. Due to this activity, as well as cloud cover, some inhibition of new development later in the day is possible, but clearing should begin just east of Texas during the afternoon. Supercells should then begin to evolve with the cold front and area of low pressure moving into the region. Large hail will be the primary threat with these storms, but damaging winds and a few tornadoes will also be possible. The potential for tornadoes should remain further east during most of the event. Heavy rainfall and localized flooding will also be a concern.

Severe Thunderstorms Expected from Gulf Coast Toward Atlantic Coast
With a cold front and area of low pressure expected to sweep through the region over the day, severe weather will be likely in the form of a squall line ahead of this system  that should be ongoing from Saturday. This feature is expected to re-intensify during the day and continue its progress off the Atlantic Coast. Damaging winds are currently the primary threat, but large hail and damaging winds cannot be ruled out. Models are in a bit of disagreement on the progression of this system, however, and the outlook area could be confined to the eastern-most regions in future updates if the low and cold front speed up. 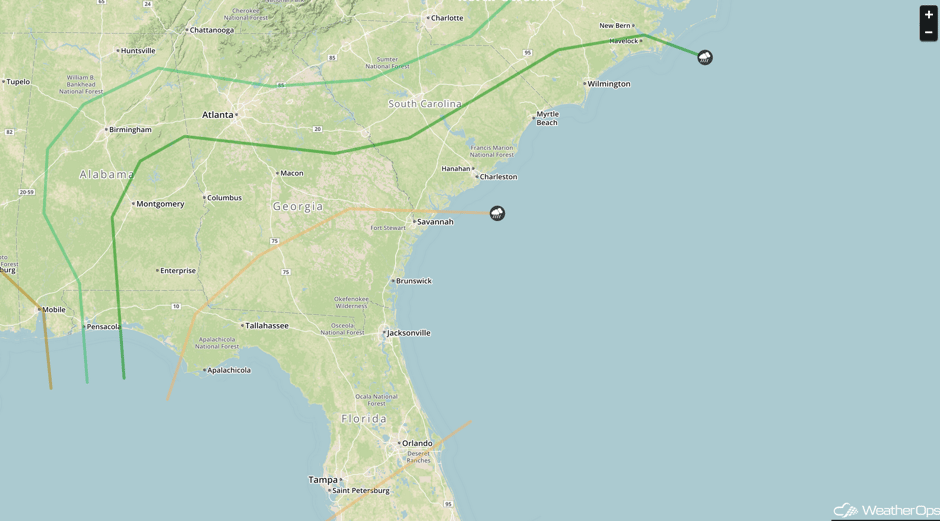 Excessive Rainfall Possible Sunday for southern Coastal California
Another area of low pressure and cold front will allow for more heavy rain across portions of southern California on Sunday. Rainfall totals exceeding 4 inches will be possible for portions of the outlook area. 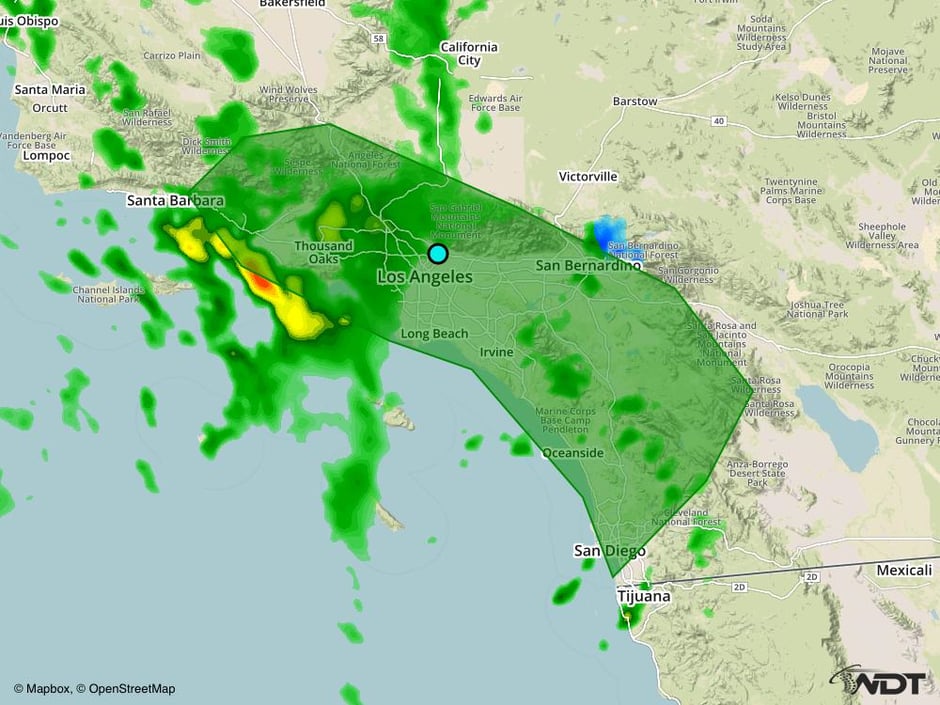