A few thunderstorms may develop across portions of southern Texas and the northwestern Gulf of Mexico on Friday along a stalled frontal boundary. Rain will change to snow across portions of the Southern High Plains Friday night into Saturday as an area of low pressure moves out of the Rockies. Ahead of this low, there will be a risk for heavy rainfall on Saturday for portions of eastern Texas into Louisiana. An area of low pressure moving through the Northern Rockies will bring a potential for heavy snow to portions of Montana and Idaho Sunday into Monday.

Region 1
A stationary front in the Gulf of Mexico will lift northward into southern Texas as a warm front today bringing showers and thunderstorms across Region 1. With marginal instability, as well as moderate to strong wind shear across the region, especially during the evening hours, showers and thunderstorms are forecast to increase in coverage and intensity with a few of the stronger thunderstorms possibly becoming severe in nature. The primary hazards with any thunderstorm that develops will be hail, damaging winds, and tornadoes.

Region 2
An area of low pressure is forecast to develop along a lifting warm front on Friday, with increasing winds and seas expected across the Gulf. By midday on Friday, winds of 25-40 knots with gusts in excess of 45 knots will promote seas of 9-13 feet for much of the region. Additionally, thunderstorm activity associated with the low could at times be severe with strong winds and potential waterspouts. Winds and seas are forecast to eventually taper off later on Saturday as the area of low pressure finally lifts northward and onshore of the Texas coast. Across eastern portions of Region 2, winds of 20-30 knots with gusts of 35 knots as well as seas of 7-9 feet will be possible.

Region 3
A developing area of low pressure over Mexico will spread a rain and snow mix into eastern New Mexico and the northwestern Texas Panhandle late Friday evening into Saturday. A full transition to snow is expected by late Saturday morning and will persist through much of the day. Total snow accumulations are expected to be 1-3 inches with isolated higher amounts in excess of 4 inches possible.

Region 4
Confidence is increasing that there will be a chance for significant snowfall over the far Northern Rockies into western Montana beginning Sunday. An area of low pressure will develop across the region during the morning hours. With cold temperatures in places, widespread snowfall could develop by the afternoon. The low is expected to track eastward, spreading snow across western Montana into Monday. Total amounts and placement are uncertain at this time, however, several inches of snow will be possible across the region.

Excessive Rainfall Possible for Portions of Eastern Texas and Louisiana This Weekend
There is increasing confidence that heavy rainfall will fall over much of eastern Texas into northern Louisiana on Saturday, with areas of flash flooding possible within the threat region. An area of low pressure over the Southwest US will act to spread plentiful moisture from the Gulf of Mexico over the Southern Plains, with showers and thunderstorms expected to develop early Saturday morning along a frontal boundary along the Upper Texas Coast. Heavy showers and thunderstorms will persist along the warm front as it lifts northward into east Texas and Northern Louisiana. Two day rainfall accumulations of 2-5 inches with locally higher amounts will be possible through Sunday. 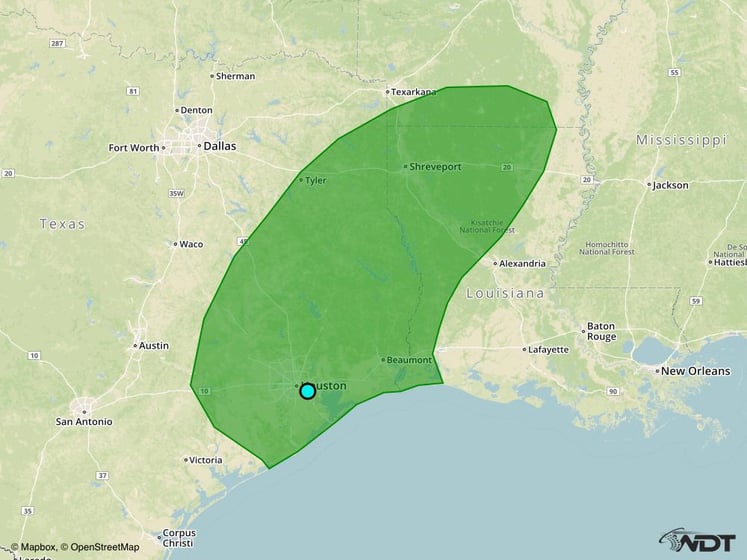 Significant Snowfall Possible for Portions of the Northern Rockies Sunday into Monday
Potentially significant snowfall will be possible over the far Northern Rockies of Idaho and western Montana on Sunday. An area of low pressure over northern Canada will push a surge of cold air into the region during the day, which will effectively drop the temperatures low enough for snow over the mountains and valleys. Exact details regarding placement and amounts are unclear at this time, however, it looks like several inches of snow will be possible within the threat region on Sunday. 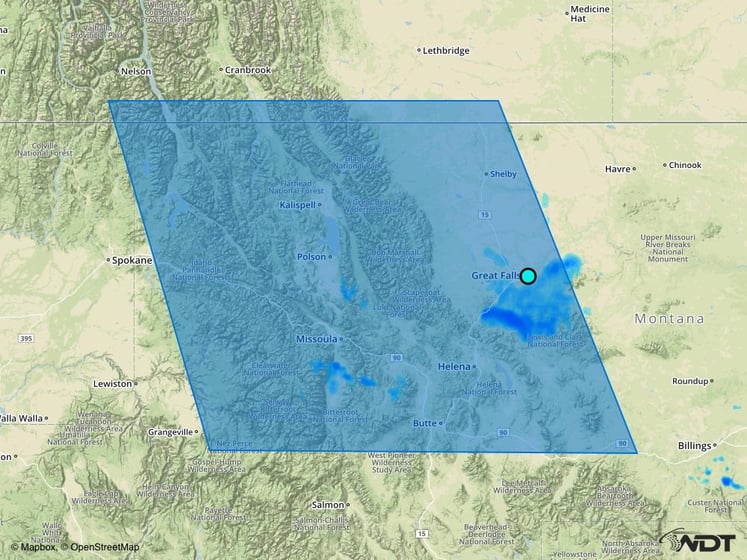 A Look Ahead
As the area of low pressure expected to develop over Mexico tracks northeastward, excessive rainfall will be possible for portions of the Gulf Coast and Mississippi Valley Sunday into Monday. Rainfall amounts of 1-3 inches with isolated higher amounts in excess of 4 inches will be possible, in addition to some flash flooding. As arctic air continues to surge southward into the High Plains on Tuesday, significant snowfall will be possible. Some uncertainty still remains on placement and amounts.