Region 2
A strong Arctic cold front is forecast to move across the Central and Southern Plains on Saturday. As a strong upper level system moves eastward, periods of snow are expected to develop and spread from west to east across the region. Snowfall accumulations of 2-4 inches, with isolated amounts in excess of 5 inches, are expected. Gusty winds of 15-25 mph with higher gusts will allow for areas of blowing snow and reduced visibilities. Wind chills will fall below 0 F by Saturday evening. Across portions of northeastern Kansas and northwestern Missouri. 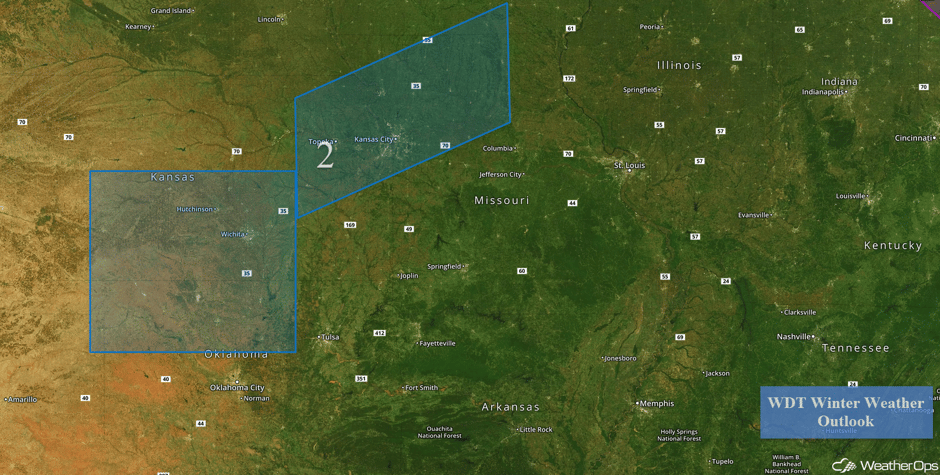 Region 3
Thunderstorms may develop across portions of Utah as an area of low pressure and cold front, as well as a strong upper level trough, moves through the Western US. Thunderstorms will be most likely during the late morning through mid-afternoon. Gusty winds will be the primary hazard with any storms that develop. 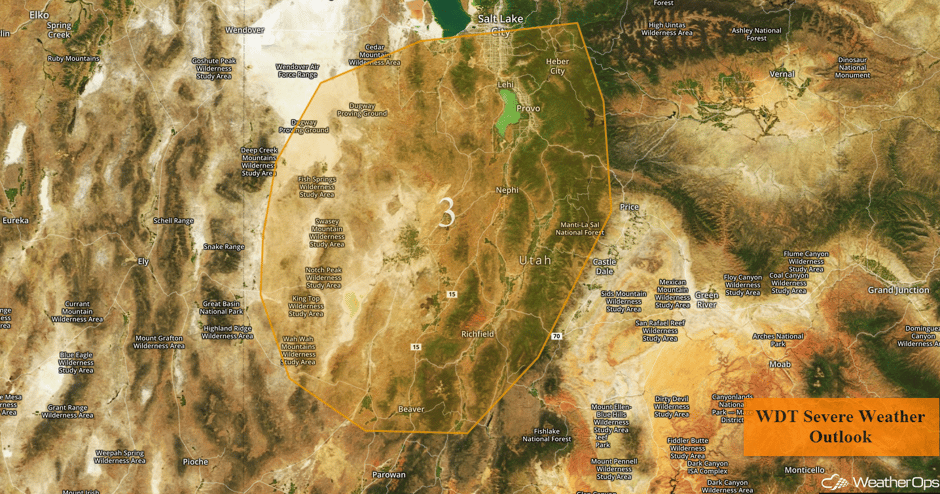 Excessive Rainfall Possible for Southern California on Saturday
A cold front moving southeastward into Southern California will continue to produce showers across the region before activity diminishes later this evening. Rainfall amounts of 1-2 inches, with isolated higher amounts in excess of 3 inches, may cause some runoff issues. 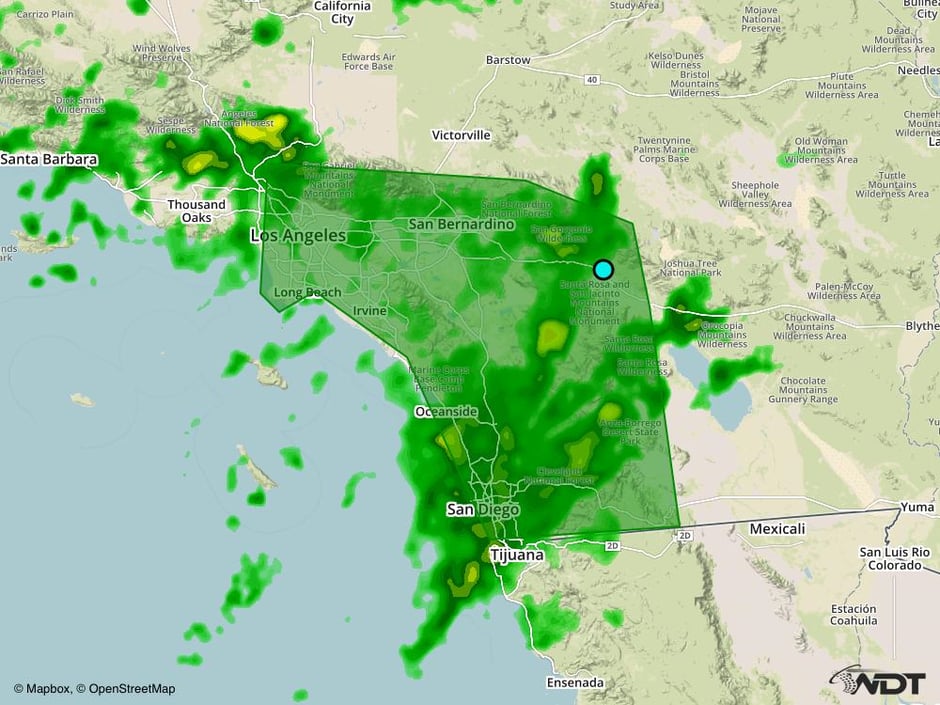 Strong to Severe Thunderstorms Possible Saturday for Portions of the Southeast
A strong cold front is expected to move into southern portions of the Southeast on Saturday, with thunderstorms developing along and ahead of it. Thunderstorms will likely begin to develop by the afternoon and early evening as low-level moisture and wind shear increases ahead of the front. Any storms that develop will have a risk for damaging winds, but large hail and isolated tornadoes cannot be ruled out. Activity should begin to decrease by the overnight hours. 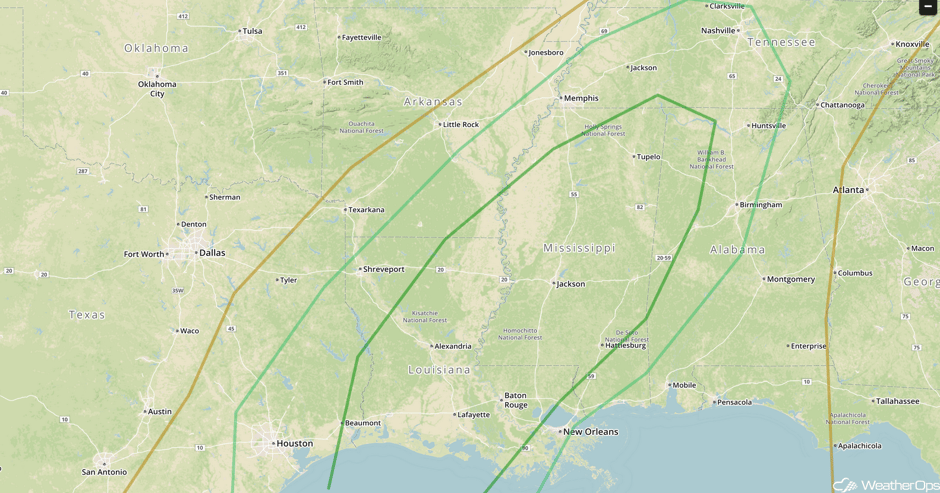 A Look Ahead
A frontal system moving into the Pacific Northwest on Monday will bring the potential for heavy snowfall across the Cascades. Snowfall accumulations may exceed a foot in the higher elevations with lighter accumulations in lower elevations. Along the coastal areas of western Washington, excessive rainfall will be possible with rainfall amounts of 1-3 inches and locally higher amounts in excess of 4 inches.