A cold front will be the focus for thunderstorm development across the Missouri Valley and Upper Midwest on Friday. Some of this activity may pose a risk for excessive rainfall from Wisconsin into the Mid-Mississippi Valley. Thunderstorms are forecast to develop across Central Montana as an upper level low moves across the region. Monsoon showers and thunderstorms are expected across portions of Arizona.

Potential for Thunderstorms across the Missouri Valley and Upper Midwest on Friday
Ongoing shower and thunderstorm activity will quickly move eastward through the morning. Later into the afternoon and evening, isolated storms may re-develop from Minnesota into Iowa with the potential for large hail and severe wind. After dark, however, a more robust threat for damaging winds is expected as a line of thunderstorms develops over Iowa and quickly moves southward into Northern Missouri and Central Illinois. 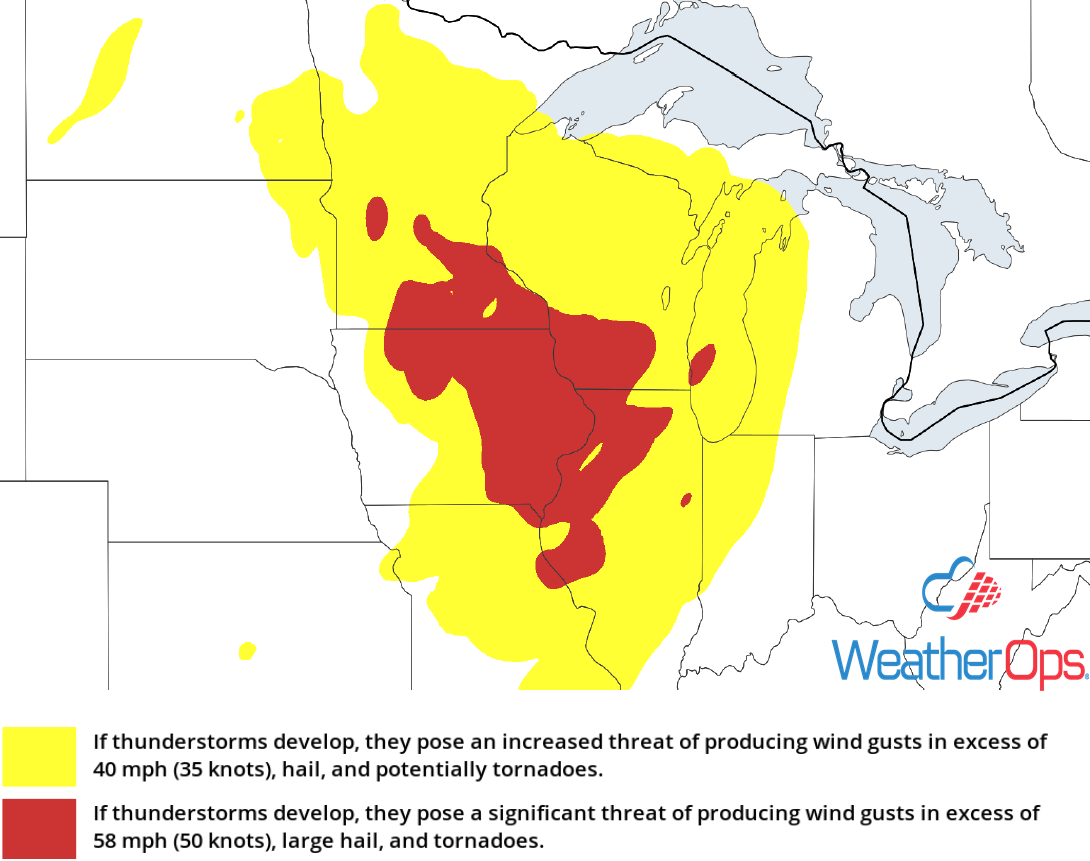 Excessive Rainfall Friday from Wisconsin into the Mid Mississippi Valley
Some of the activity described above will have the potential to produce excessive rainfall. Rainfall accumulations of 1-2 inches are expected with locally higher amounts. This may contribute to a risk for flooding and local runoff. 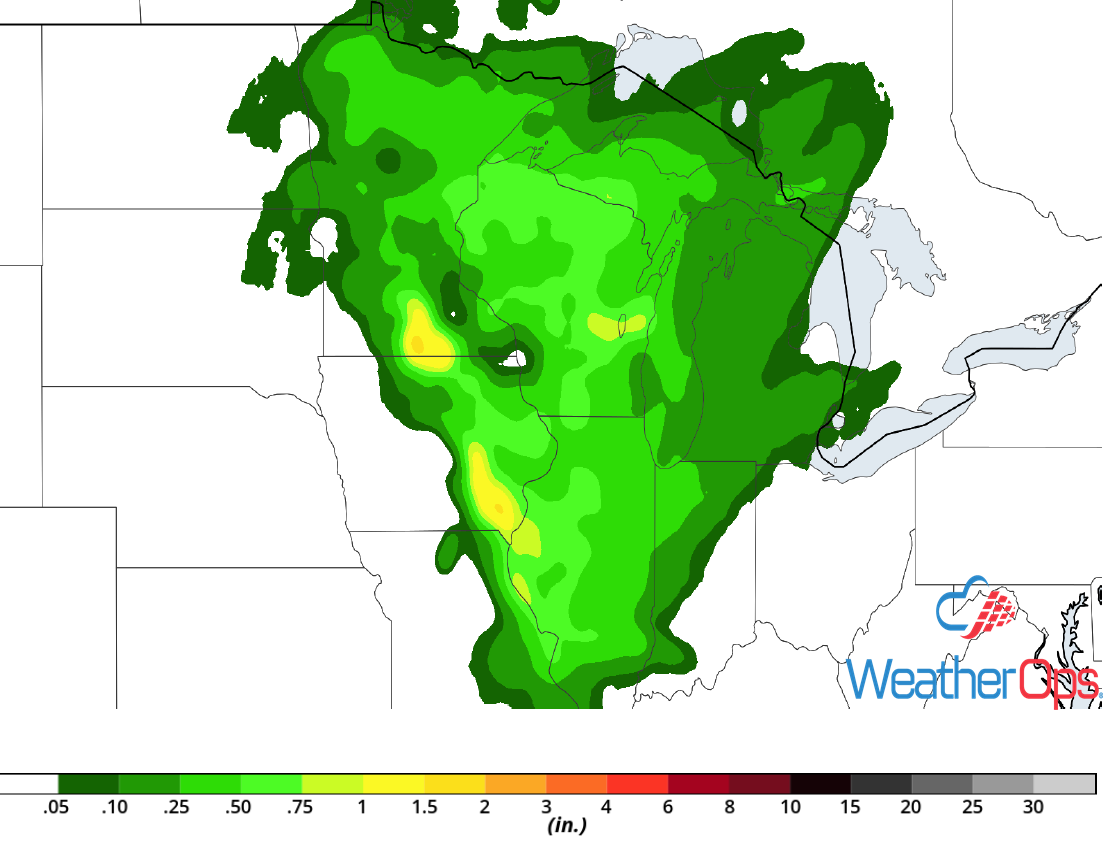 Thunderstorms for Central Montana on Friday
An upper level trough will dig across Montana during the afternoon and evening, allowing for the development of isolated to scattered thunderstorms before dark. While significant impacts are not expected, a few storms may become severe with a low risk for severe wind and large hail. Storms may persist after dark, but should weaken before midnight. 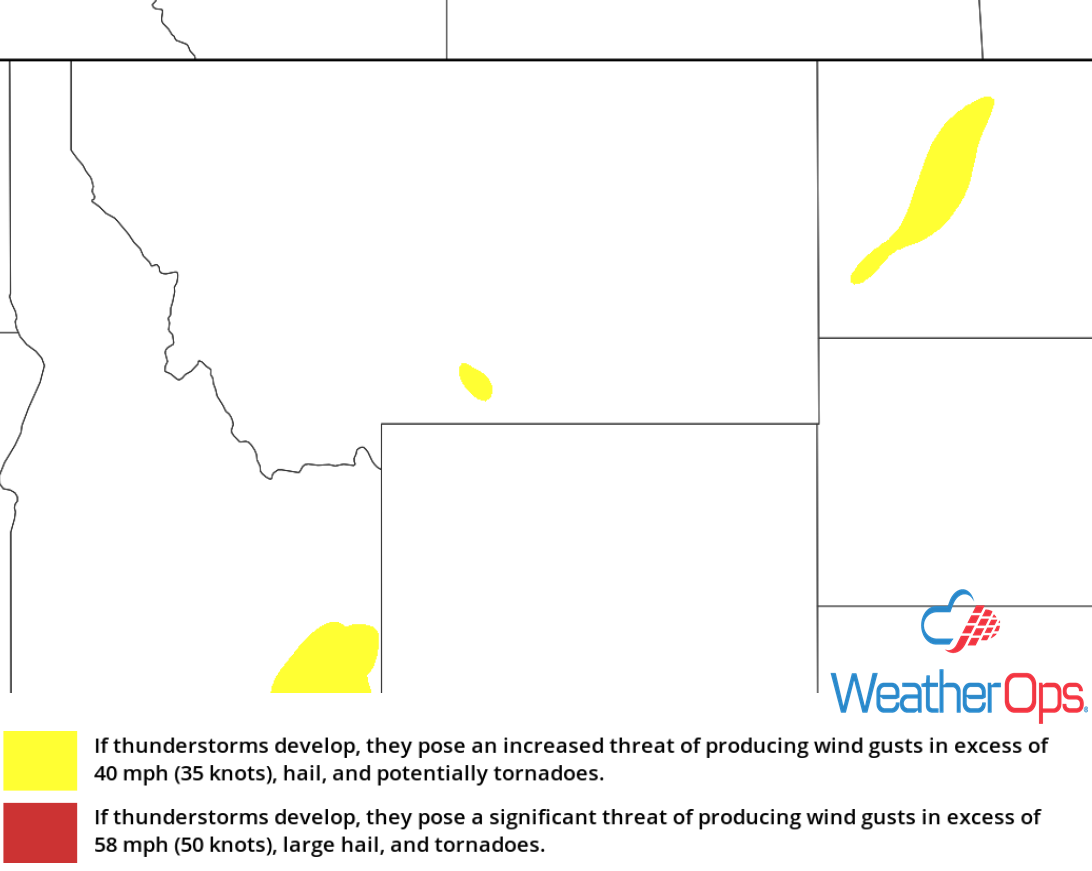 Risk for Excessive Rainfall Friday across Arizona
Another day of monsoonal showers and thunderstorms is forecast across portions of Arizona. Rainfall totals will range 1-2 inches with locally higher amounts in excess of 3 inches. This will lead to a risk for flooding and runoff. 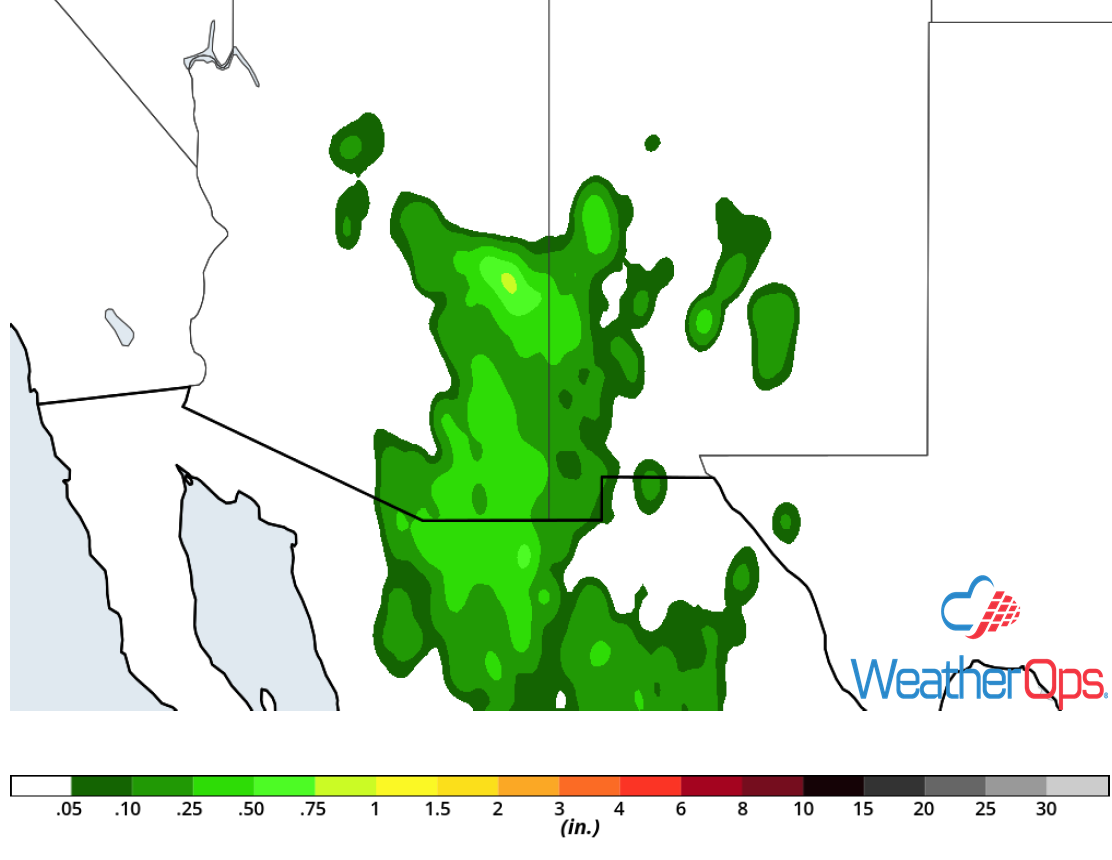 Thunderstorm Potential for the Southern High Plains and Desert Southwest on Saturday
A weak area of low pressure will move out of the Desert Southwest and into the Southern High Plains on Saturday. Lingering moisture across the Four Corners region into southern Colorado and southwest Kansas will allow instability to build. Thunderstorms will develop by the late afternoon and early evening with a risk for damaging winds and large hail. 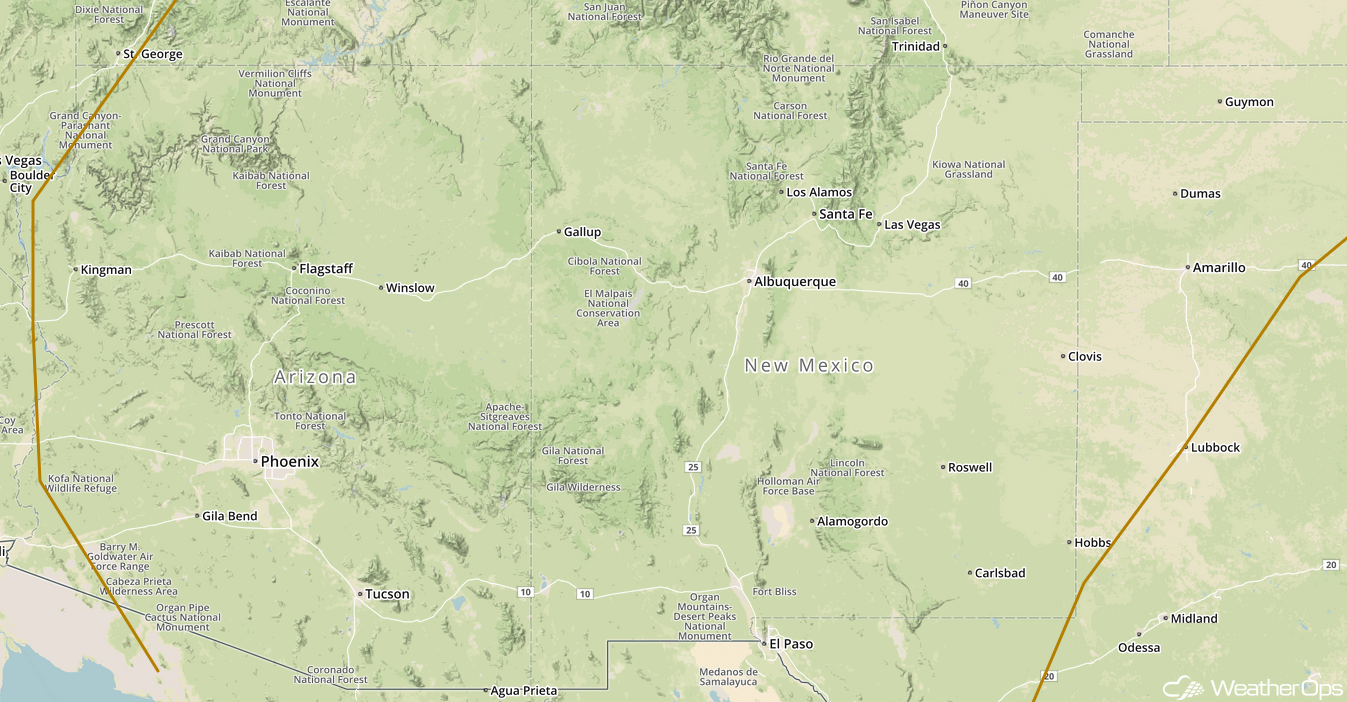 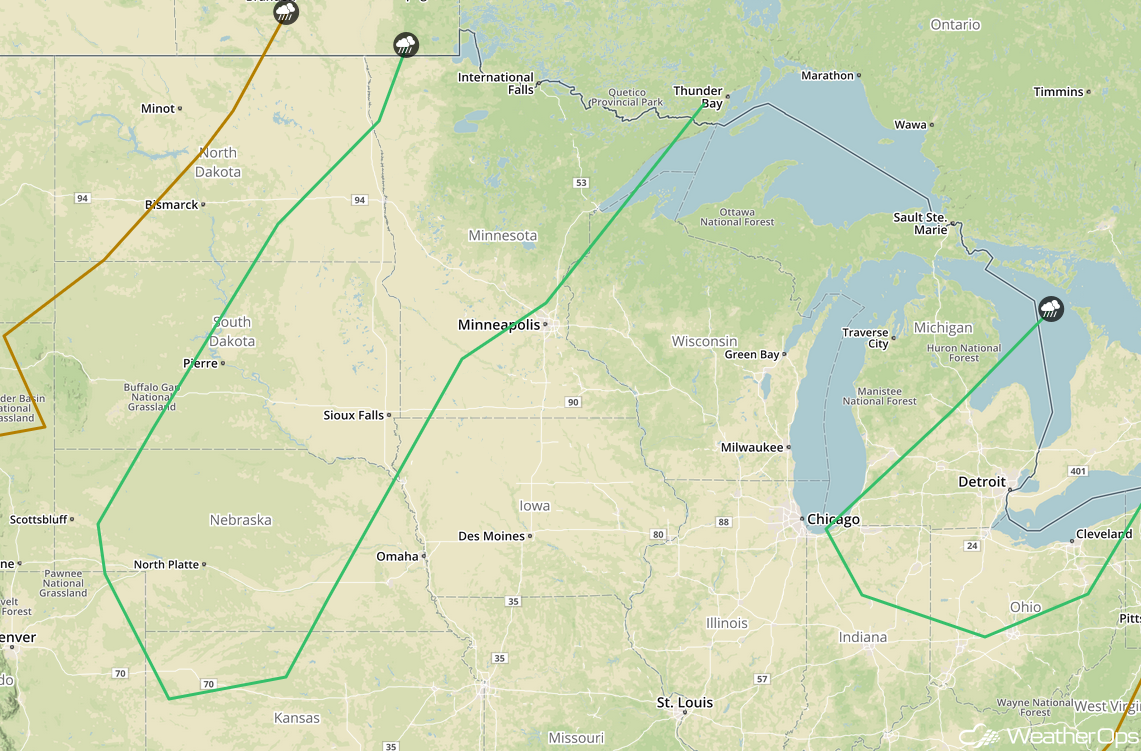 Potential for Thunderstorms from the Northern Plains into Northern Minnesota on Sunday
By Sunday, an upper level disturbance will be tracking across the Northern Plains. A complex of thunderstorms is forecast to develop across North Dakota into Minnesota. Damaging winds will be the primary hazard with these storms, but there will also be a low risk for isolated hail and tornadoes.

Risk for Thunderstorms Sunday for the Lower Great Lakes
A cold front moving through the region will stall on Sunday. This front will support the development of isolated to scattered thunderstorms from northern Illinois into Michigan. Severe wind and hail will be the primary hazards with these storms, but an isolated tornado or two cannot be ruled out.

Excessive Rainfall for Wisconsin on Sunday
In addition to the thunderstorm risk described above, there will be a potential for excessive rainfall across much of Wisconsin. Rainfall amounts may approach two inches in some areas. 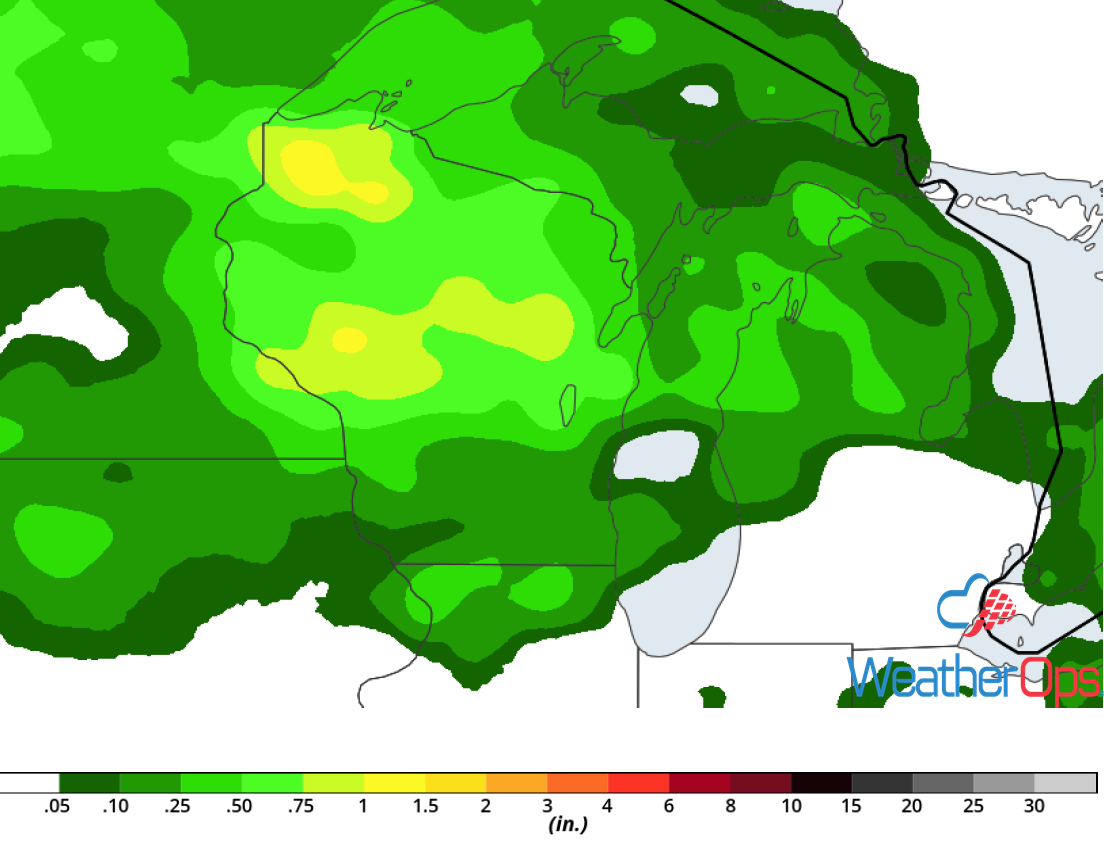 Tropical Update
Hurricane Lane is 200 miles south of Honolulu, Hawaii and moving northward at 5 mph. This general motion is expected to continue today as Lane approaches Oahu and Maui. A turn toward the west is anticipated on Saturday with an increase in forward speed. Winds are near 120 mph with higher gusts. Some weakening is expected through late Saturday, but Lane is expected to remain a dangerous hurricane as it approaches the northern Hawaiian Islands, Rainfall amounts of 10-20 inches with locally higher amounts in excess of 30 inches are forecast. 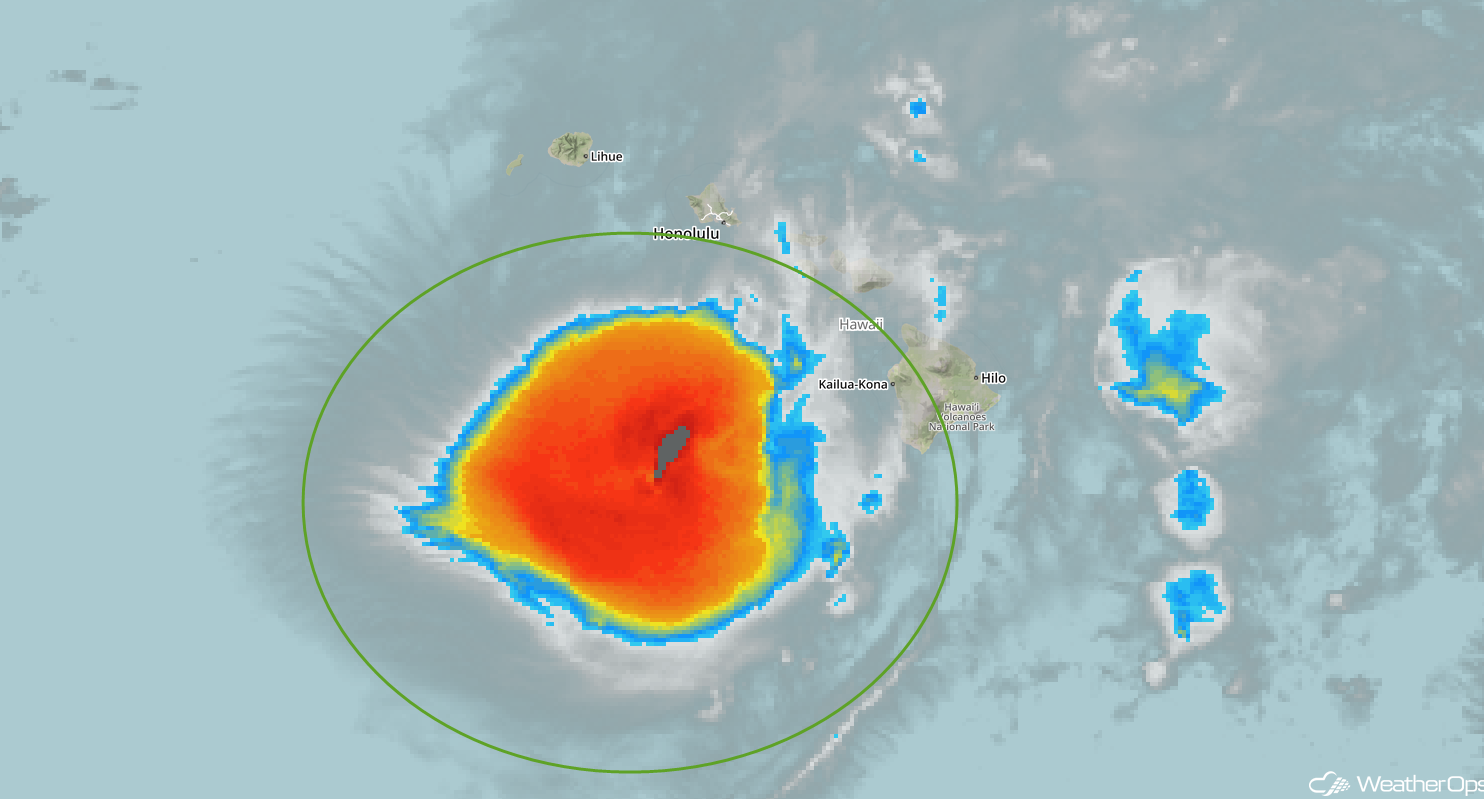