Snow will continue for portions of the Central Rockies through Saturday as an area of low pressure moves through the region. Thunderstorms may develop across the Southern High Plains on Friday ahead of a cold front.

Snow for the Central Rockies through Saturday
Snow is beginning to fall across portions of central Colorado this morning and will continue to spread eastward tonight as an area of low pressure intensifies. Periods of moderate to heavy mountain snow can be expected, with general amounts of 6-12 inches and locally higher amounts in excess of 18 inches. Strong winds may allow for areas of blowing snow. 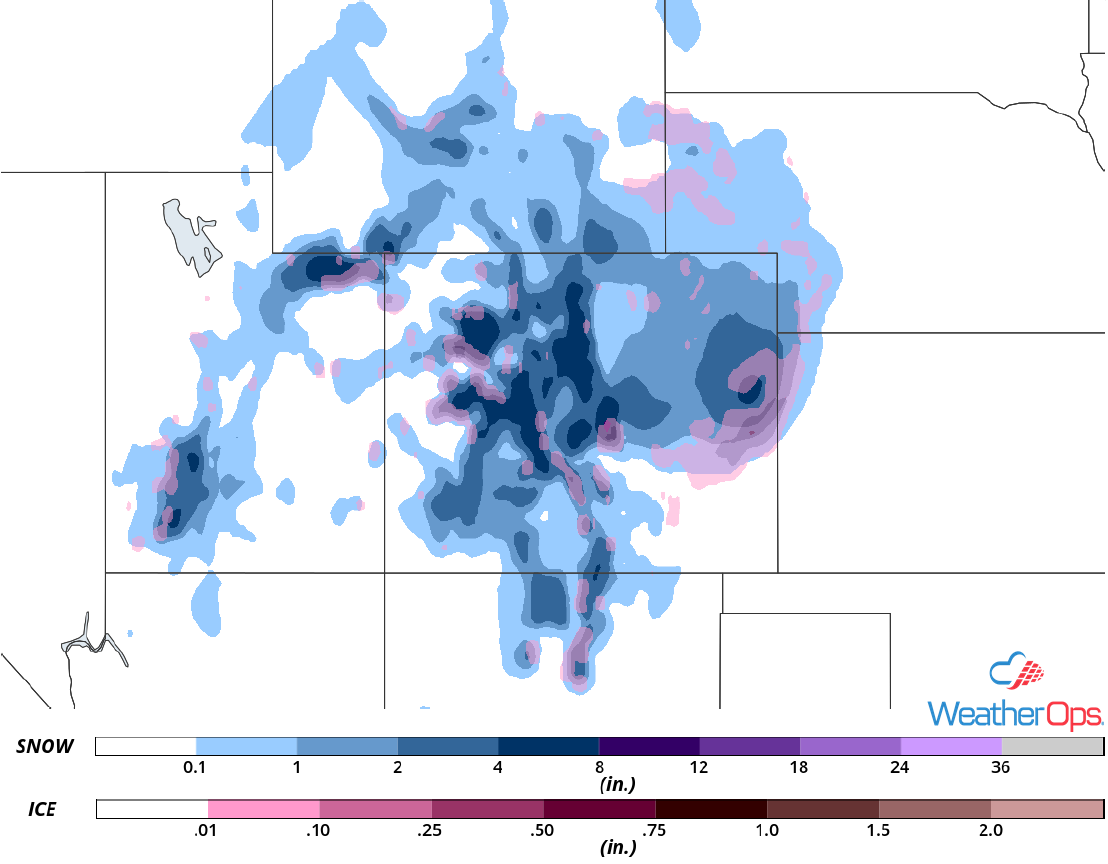 Thunderstorms Friday for the Southern High Plains
An upper level trough and associated surface low will move into the Southern High Plains later today. These features will promote thunderstorm development along and ahead of an advancing cold front. While some elevated thunderstorms may occur during the morning hours, the primary timing for storms will occur during the afternoon and evening. Weak forcing from the front, along with increasing moisture, will allow for a risk of strong to severe thunderstorms across eastern New Mexico and West Texas. Gusty winds, hail, and isolated tornadoes will be potential hazards. 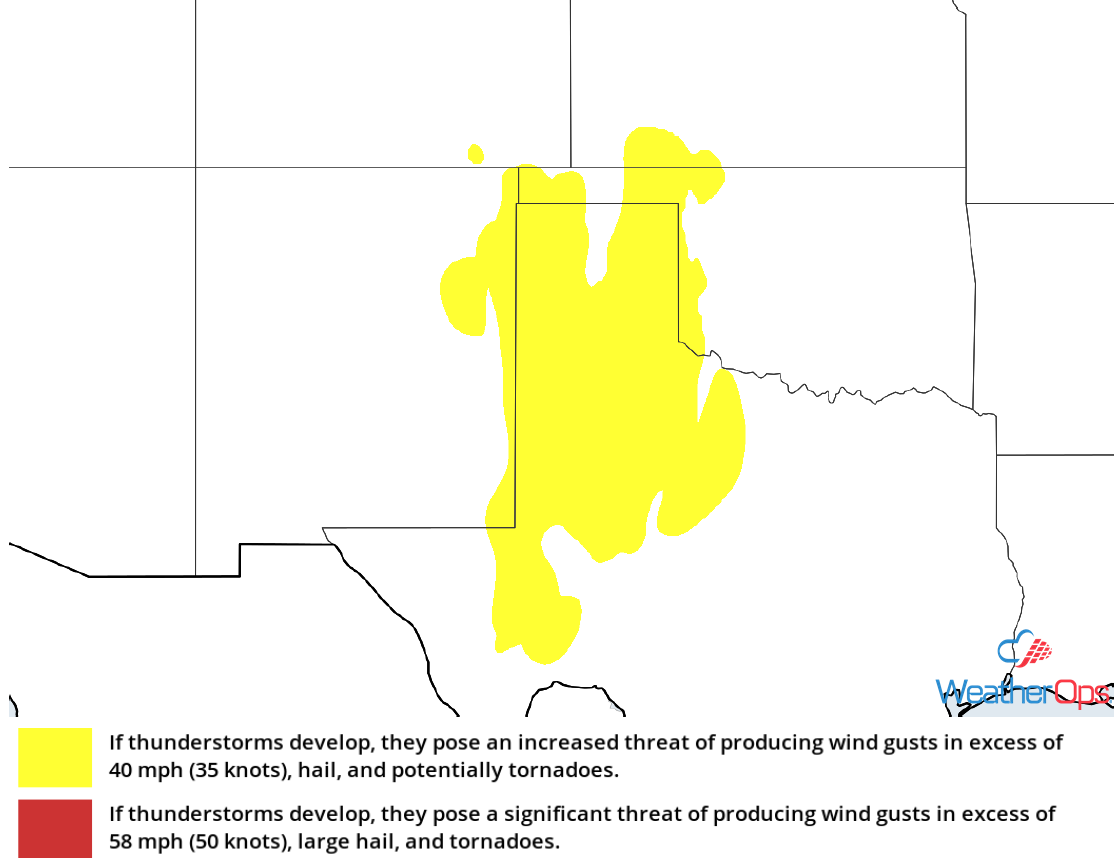 Risk for Thunderstorms for the Southern Plains Saturday
An intensifying upper level trough and associated surface low will continue to move eastward across the south central US. East of the low, scattered thunderstorms are expected to develop by the afternoon. Conditions will be favorable for strong to severe thunderstorms capable of large hail, damaging winds, and tornadoes.

Excessive Rainfall Saturday for the Lower Mississippi Valley
Showers and thunderstorms associated with a slow moving area of low pressure will spread across portions of northeast Texas into Arkansas, Louisiana, and Mississippi on Saturday. Rainfall amounts of 1-3 inches with locally higher amounts in excess of 4 inches are forecast, leading to the potential for flooding. 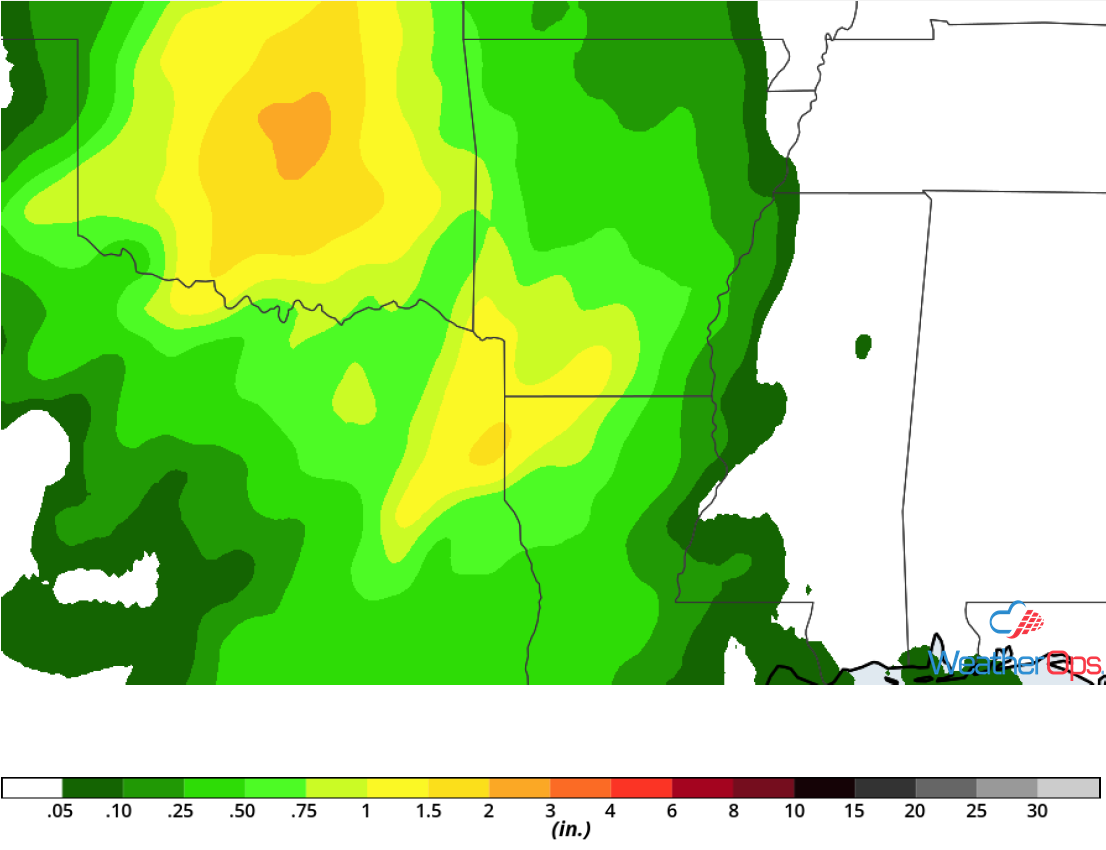 Thunderstorm Potential for the Southeast on Sunday
A strong upper level trough will eventually evolve into a closed upper low on Sunday as it moves into the Southeast. With a surface low in the region, thunderstorms are forecast to develop. Increasing moisture will help generate a marginal risk for severe thunderstorms, though cloud cover should limit instability as well as the overall threat. There will be a low risk for hail, damaging winds, and tornadoes. 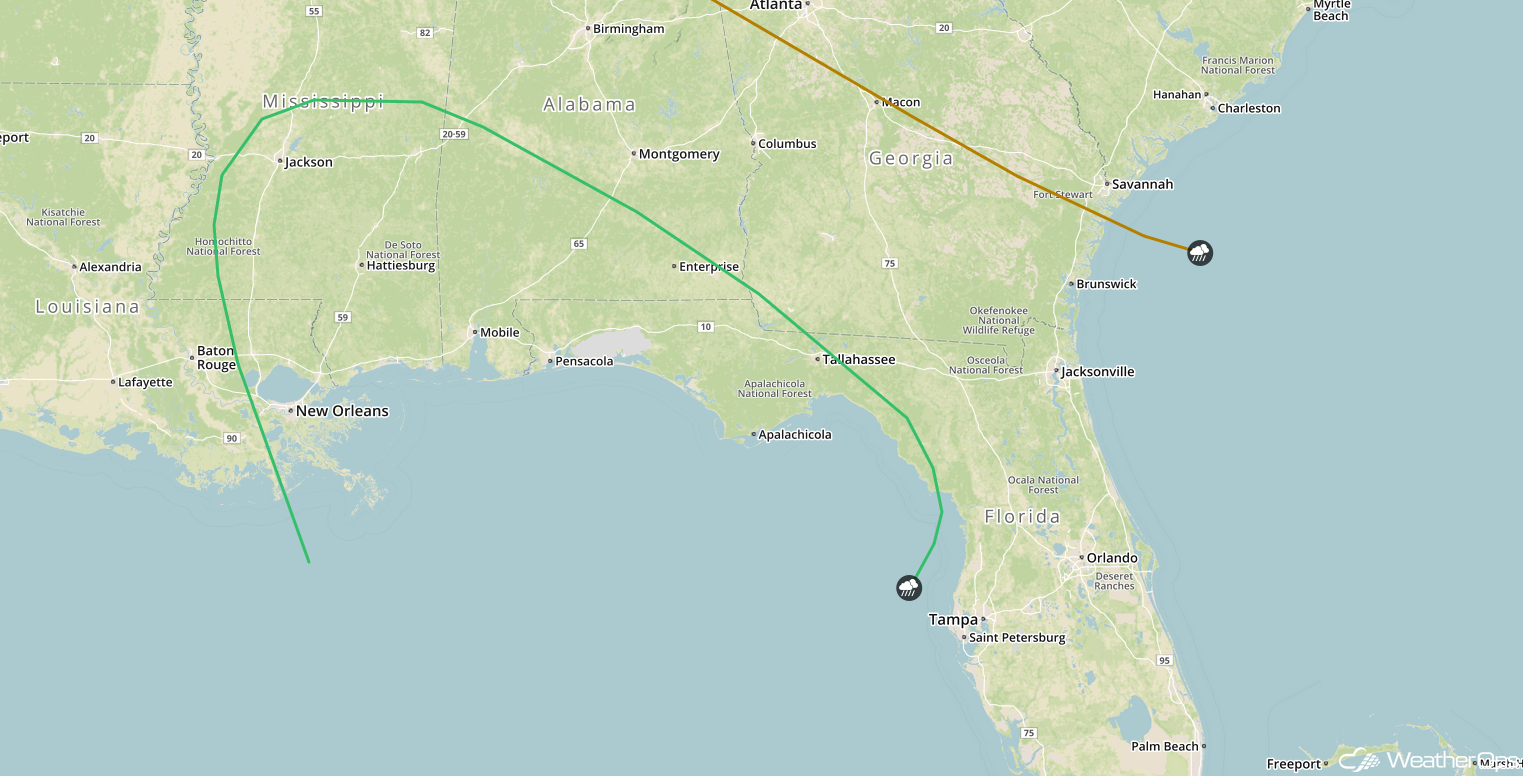 Potential for Excessive Rainfall Sunday across the Southeast
As the system described above continues to progress eastward slowly on Sunday showers and thunderstorms will move across the region. Some of these storms will have the potential to produce heavy rainfall. Amounts will range 2-4 inches with locally higher amounts in excess of 5 inches. 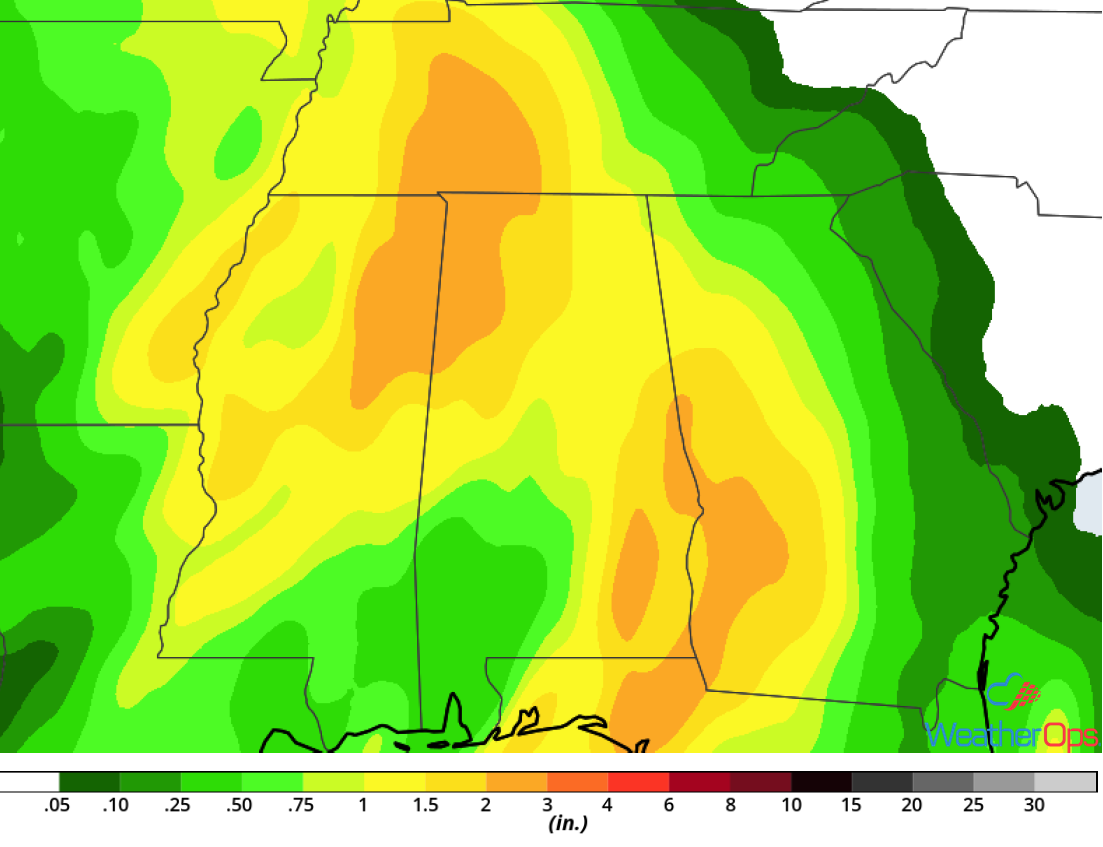 A Look Ahead
An area of low pressure is forecast to bring snow to portions of the Northern Rockies on Monday. While there is still some uncertainty in amounts, there appears to be the potential for several inches of snow. As this system moves eastward, it will bring rain and possibly snow to portions of the Plains and eastward into the Great Lakes Tuesday and Wednesday.