Scattered to numerous thunderstorms, a few severe, will be possible on Tuesday along the East Coast and across the Southeast. 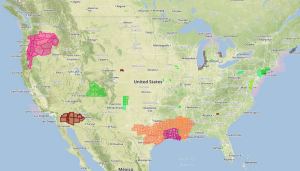 East Coast and Southeast: A large area of scattered to numerous showers and
thunderstorms is forecast along and ahead of an advancing cold front today. The threat for
widespread severe weather is low but at least a few of the storms could become strong to
severe with strong wind gusts being the primary concern. Thunderstorms may also produce
locally excessive rainfall resulting in isolated flash flooding. There is a low threat for a weak
tornado or two over southeastern New England as this front advances into the region today
but it appears that the extensive coverage of precipitation that is forecast should generally
limit the severe weather potential in that area. 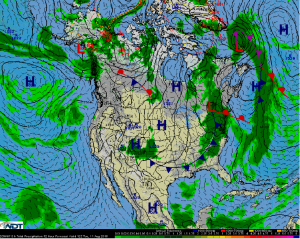