Moderate to heavy snow will be possible on Monday across portions of New England. Rain will transition from rain to snow Monday and into Tuesday across the Appalachians. Across the Northern Plains, light snow and strong northwesterly winds of 25-35 miles per hour with winds in excess of 50 miles per hour will be possible. Across portions of the Gulf of Mexico, a pair of upper level disturbances moving through the Southeast will increase winds to gale force and build rough to very rough seas in excess of 13 feet.

An area of low pressure rapidly intensifying off the Mid Atlantic coast will move northeast throughout the day, allowing for moderate to heavy snow from New York City northward into Southern Maine. Accumulations are likely to average 4-8 inches with locally higher amounts in excess of 12 inches possible from Cape Cod to Rhode Island (in the image below, the yellow and orange colors represent the heaviest snow accumulations). In addition to the snow, strong northerly winds will allow for periods of blowing snow, which will create periods of reduced visibility, causing significant travel disruptions. Further to the west, a system moving into the Ohio River Valley and toward the Mid Atlantic late in the day will allow for the development of showers, changing over to light to moderate snow across portions of the region by early Tuesday morning. In addition, as the low moves northeastward along the coast, strong northeasterly winds of 25-30 mph with gusts in excess of 40 knots with seas of 8-10 feet will be possible. 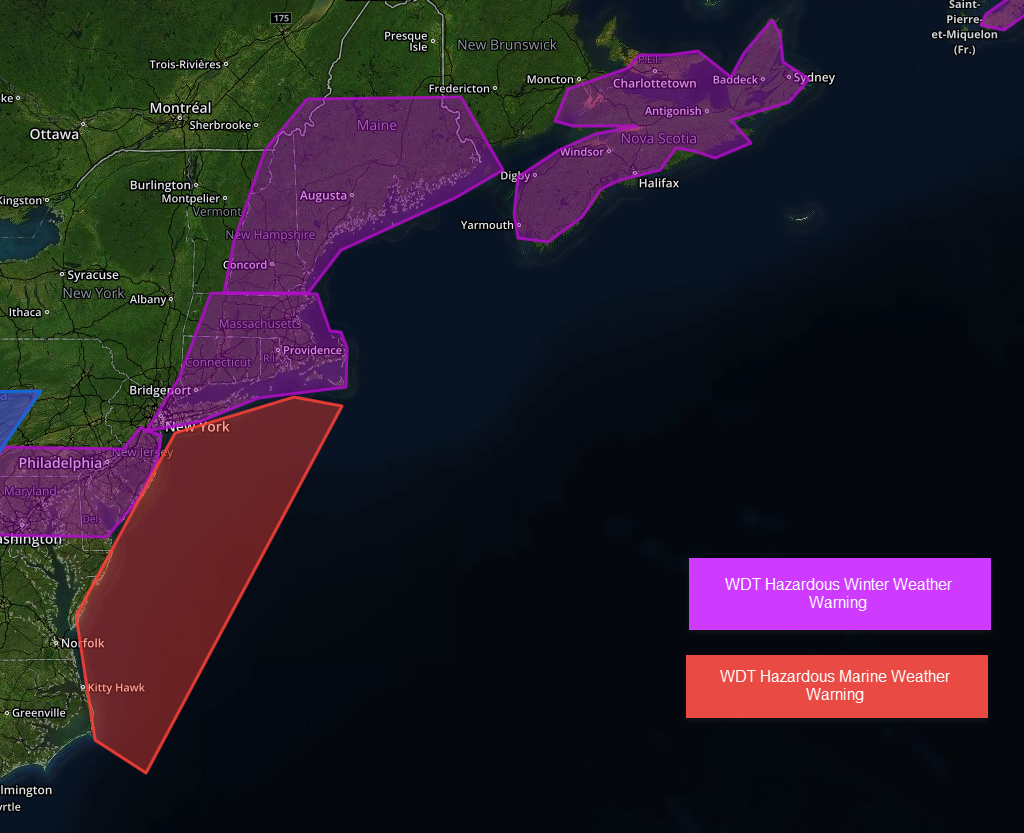 Rain across the region will transition to snow late Monday evening as temperatures fall below freezing behind a passing cold front. Light to moderate snow will continue into Tuesday afternoon with accumulations of 1-3 inches. Snow will begin to taper off Tuesday afternoon. Across portions of the Appalachians, 5-8 inches with locally higher amounts in excess of 12 inches will be possible Monday evening through Thursday morning. Winds of 15-25 mph will be possible with higher gusts in higher elevations. By Wednesday evening, wind chills of -5 to -15 below. With the heaviest snow, visibilities under half a mile will be possible. In the above image, the purple polygons are WDT Hazardous Weather Warnings and the blue polygon is a Hazardous Winter Weather Watch. 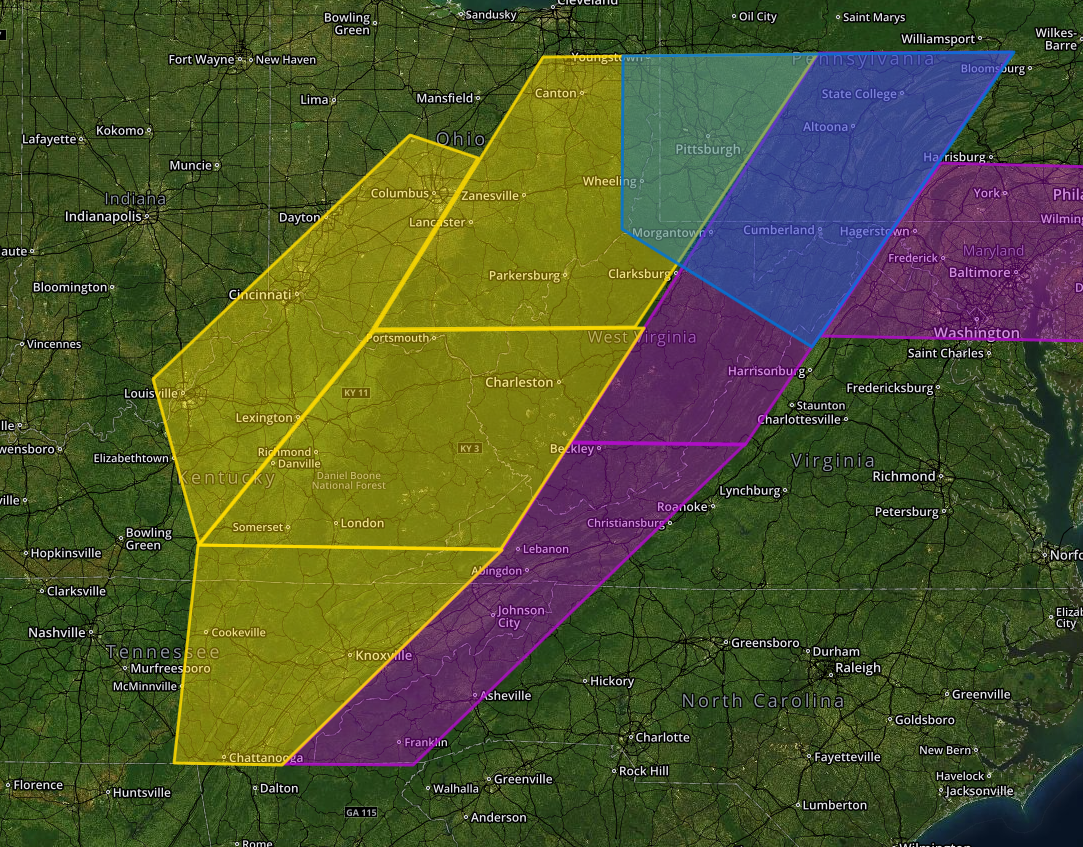 Light snow is falling across portions of the Plains ahead of a clipper system. Snow accumulations of 1-2 inches will be possible, in addition to northwesterly winds of 25-35 mph with gusts in excess of 50 mph at times. Visibilities of less than half a mile will be possible at times. 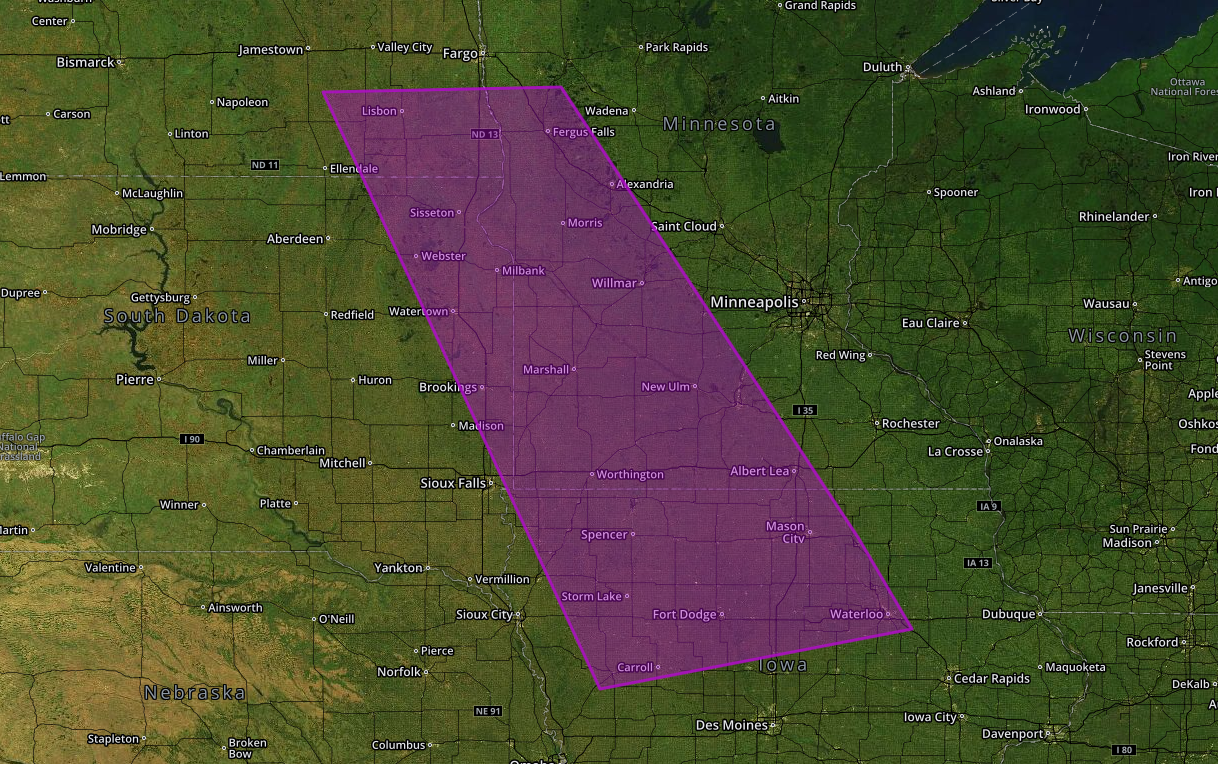 A pair of upper level disturbances will move across the Southeast on Monday with increasing west to northwest winds and building seas across the North Central Gulf. Gale force wind gusts and seas of 8-12 feet will be possible. Conditions will improve gradually on Tuesday. Across the eastern Gulf of Mexico, wind gusts in excess of 40 knots will be possible with seas of 9-13 feet. In the image below, the dark orange shades indicate winds in excess of 30 knots.