Slow moving thunderstorms dropped over 10 inches of rain across Minnesota and Wisconsin on Monday night leading to Flash Flood Warnings. At one point, the Duluth NWS office was issuing messages calling for a potentially catastrophic and life-threatening flood. Many areas continue to be under water and have damage to infrastructure.

Here you can see the where the heaviest rain fell in Minnesota and Wisconsin. Blue shades, from dark to light, represent from 4.5 to 9+ inches, respectively. A few areas in white can be seen, representing over 10 inches of rain. 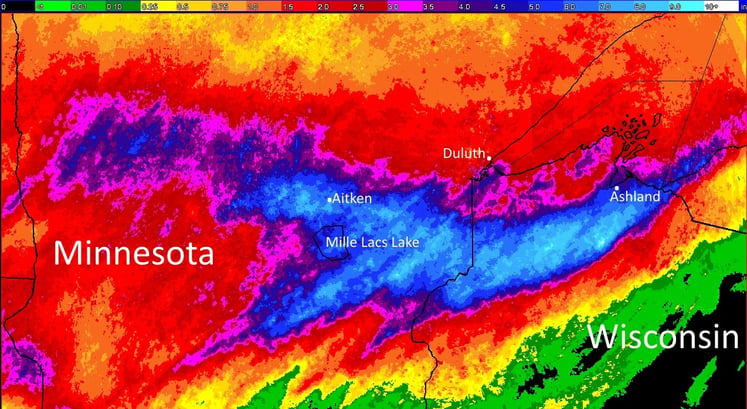 Numerous roads have been washed out and the Aitkin Water Treatment Plant, in Minnesota, was on the verge of being inundated as rivers in the area continue to rise. In Ashland County, Wisconsin, Emergency Management warned that travel was not advised due to the number of impassable and washed out roads. 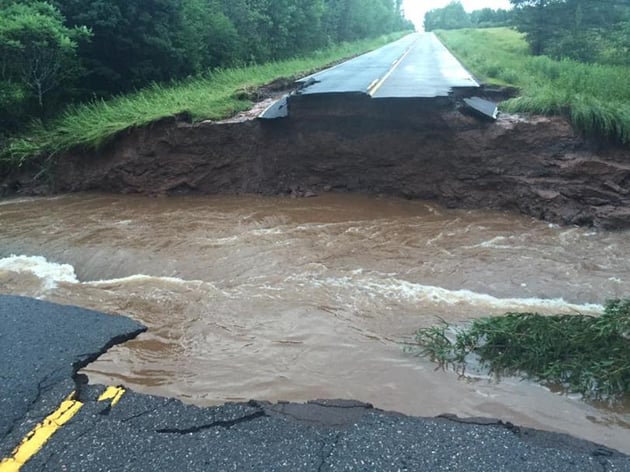 In Saxon Harbor, Wisconsin, 85 boats were damaged or destroyed by flash flooding. The Coast Guard rescued 33 people who were stranded on nearby Michigan Island, after they became trapped by the storm. 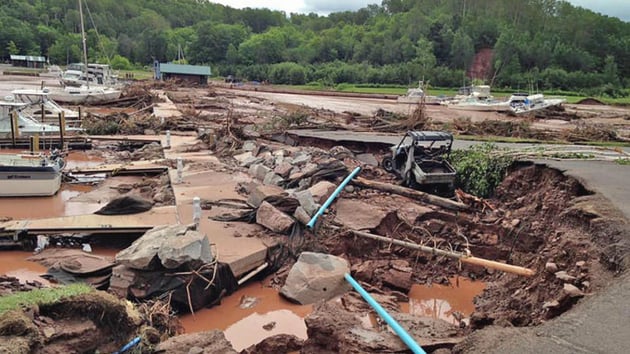 Seven tornadoes were reported in numerous places in Minnesota, causing damage to homes and businesses. 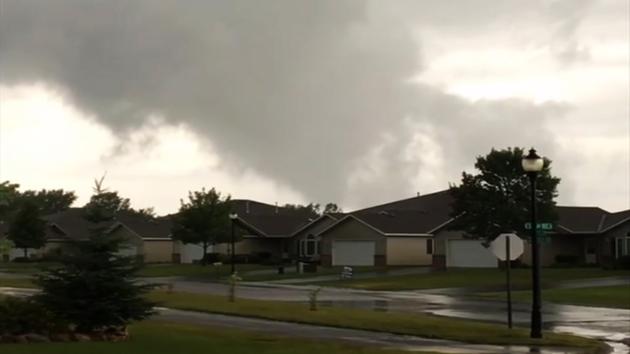 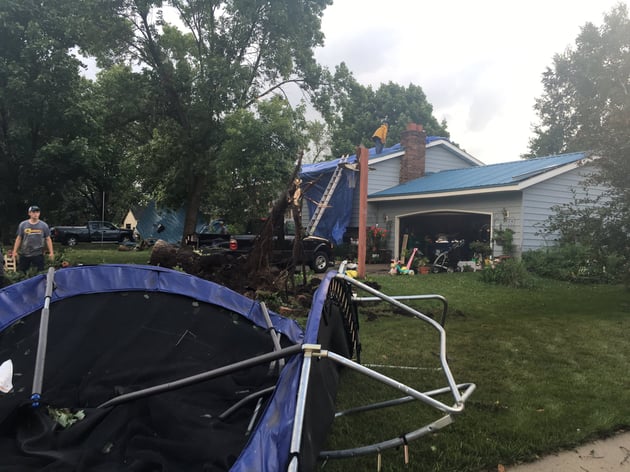 As of today, Flash Flood Warnings (green outlined polygons) continue to be in effect. Areas in Wisconsin and Minnesota are once again outlooked to receive severe weather. Southward moving showers are developing in areas north of the flood warnings. Other severe storms may form further south today with large hail and damaging winds as the main threat. An isolated tornado or two can not be ruled out. 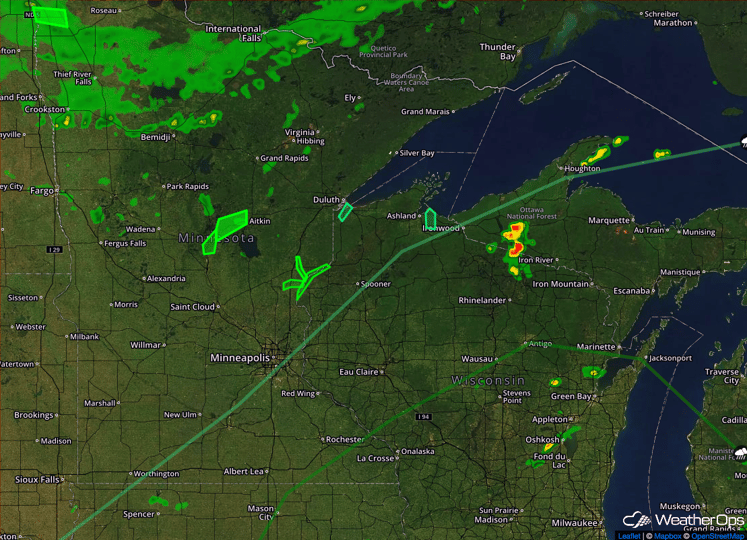 Interested in receiving a forecast of the severe weather in your area? Try a 7-day free demo today.