Thunderstorms on Thursday forced players at the U.S. Open to take cover multiple times at the Oakmont Country Club. As a few waves of storms moved through the area, players were not happy having to stop and start multiple times.

Multiple lightning strikes were reported within a mile of the clubhouse as rain caused delays. Play was eventually suspended at 4:35 p.m. The image below shows where some of those strikes hit. You can see three actually striking the golf course. 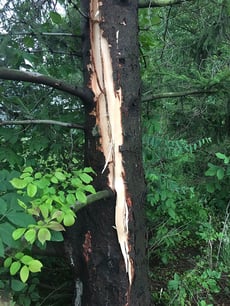 A tree on the 17th fairway was struck, causing damage.

Lightning also took out part of the club’s irrigation system. The electric surge traveled through the pipes and caused damage in multiple areas. Crews were kept busy yesterday making repairs.

WeatherOps forecasters were in direct communication with Fox Sports on site well ahead of all of the threats yesterday. This support allows Fox to make critical decisions when it comes to personnel on site, whether they be camera operators or the staff of the golf course itself. These alerts are delivered via push notification through the WeatherOps app, email, and are also visible as a layer in our WeatherOps Commander web display. 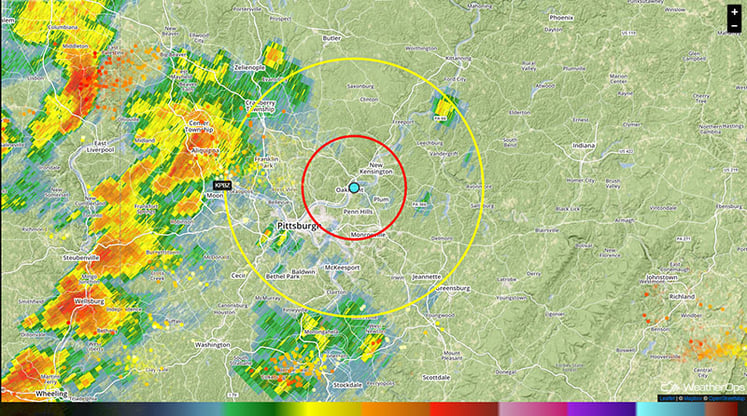