Landspouts and Waterspouts are Tornadoes, Too

Tornadoes can be classified in many different ways. Some of the methods include whether or not they develop from a supercell and whether they develop over land or water. For a feature to be classified as a tornado, it must be a rotating column of air attached to a cloud and in contact with the ground.

When a tornado develops over land and along a boundary, it is classified as a landspout. Instead of forming from a supercell, landspouts develop as winds converge along a gust front or similar feature. This convergence causes air to rise and condenses leading to the formation of clouds. If wind shear is strong and winds veer (turn counterclockwise with height), rotation may develop. As the convergence along the boundary increases, the rotating air begins to rotate faster, and a funnel eventually extends to the ground. Landspouts are usually weak and dissipate as rain falls, destroying the updraft.  Rotation is commonly not seen on velocity images, making them impossible to detect by radar.

Here is a look at the reflectivity and velocity images around the time of the tornado. Notice that the rotation is not seen on the velocity image in RadarScope. 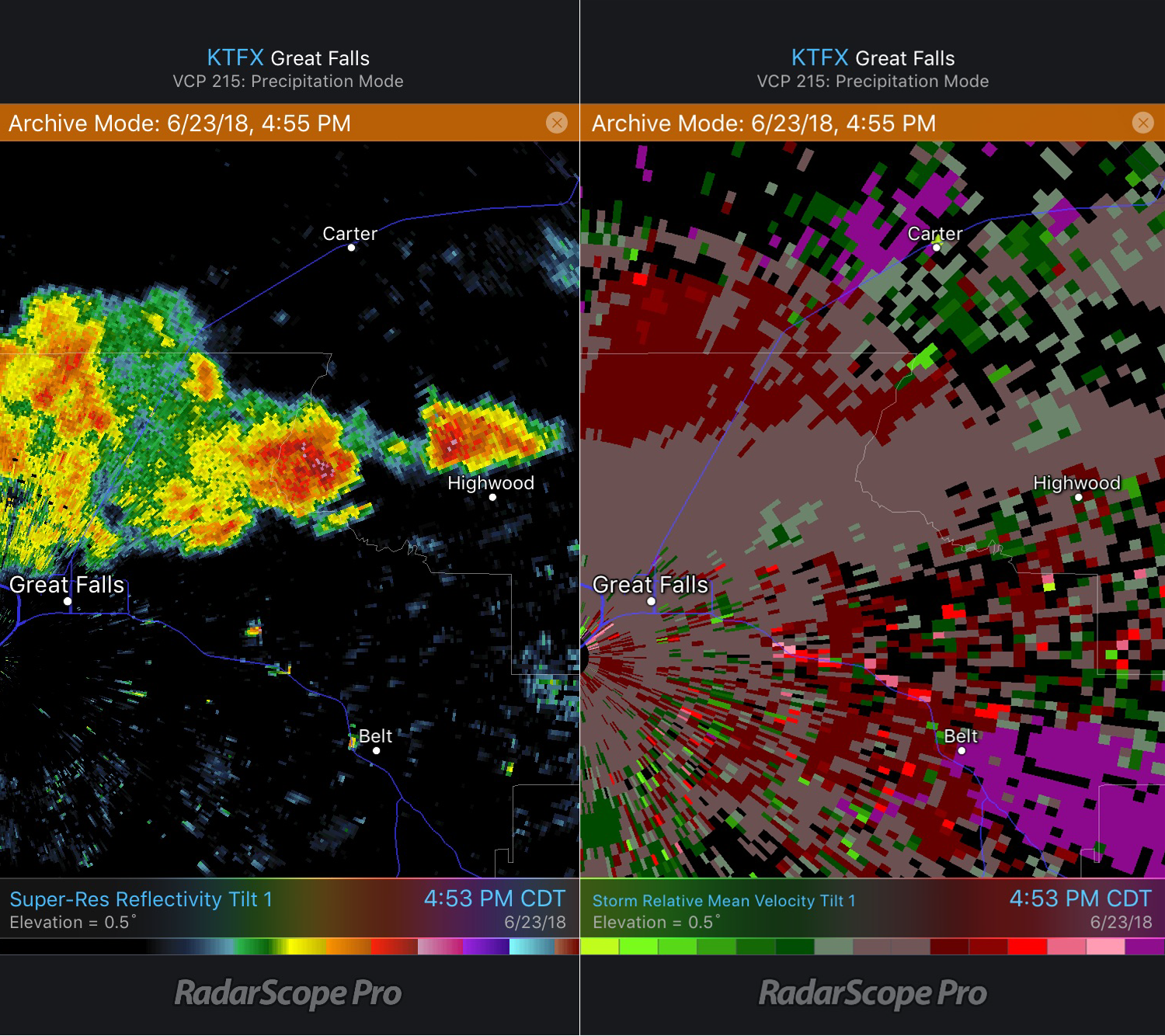 Waterspouts are similar to landspouts in that they do not develop from a supercell. While a waterspout is defined as a "rotating column of air over a large body of water," there are cases of a tornado developing over land and then moving over water. In these cases, it is sometimes referred to as a "tornadic waterspout." Like landspouts, waterspouts tend to be short-lived; most usually last 10-15 minutes, but some can last as long as an hour. Winds are typically less than 50 mph, but they can occasionally damage vessels that are in the vicinity.

This waterspout was about 3 NM from Whale Harbor near MM 84. Boats in foreground weren't in danger as waterspout was headed ESE, or away from shore. Waterspouts with spray rings can have winds greater than 34 knots. These winds can capsize small vessels. #FLKeys #FLwx #KeyWest pic.twitter.com/qpGRQxA9CQ

Below is a look on radar of the storm that produced the waterspout. 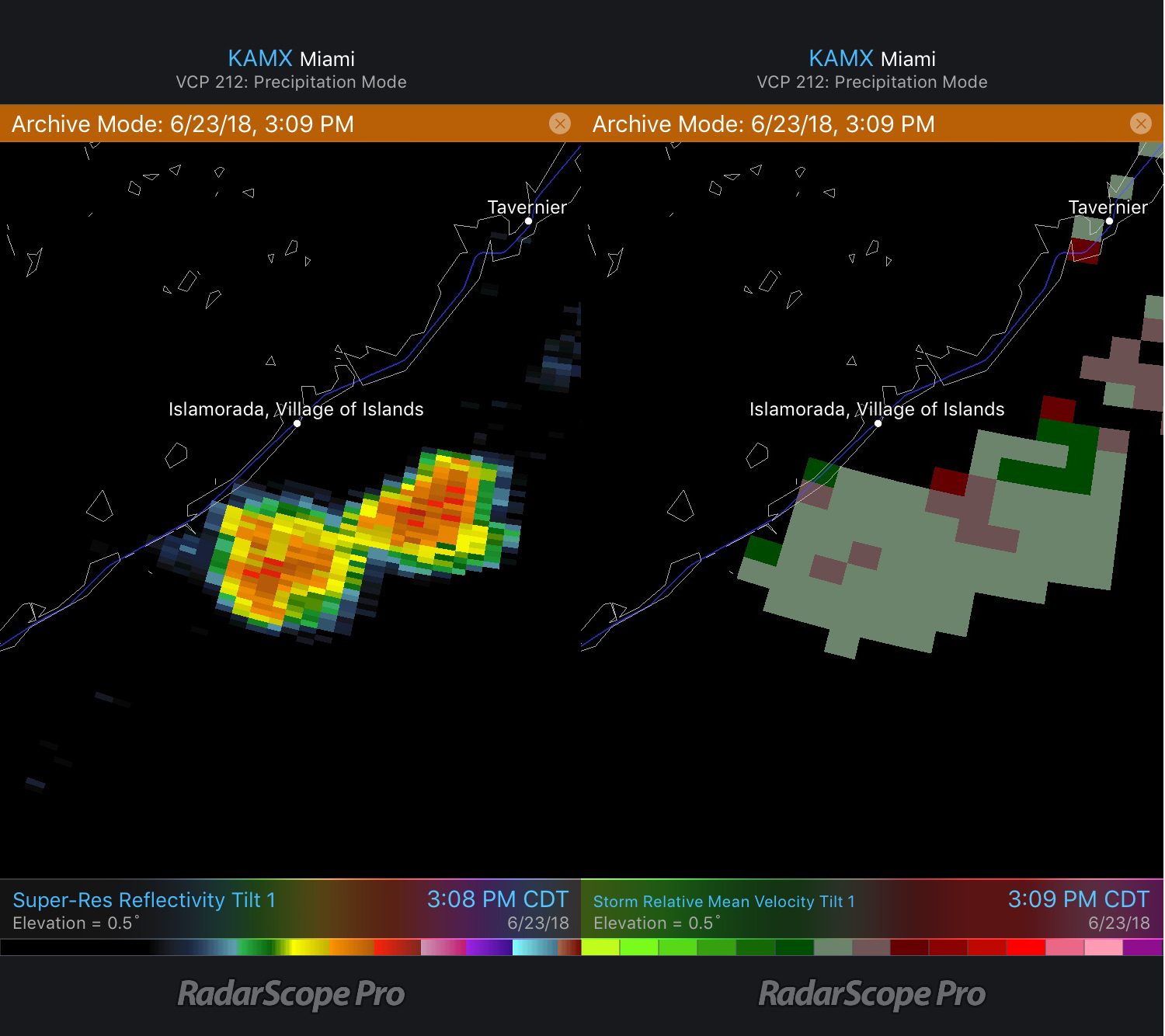