Late October, it's the time of the year for jack-o'-lanterns and pumpkin pie. Last year, there was a shortage of canned pumpkins as well as other pumpkin sourced products due to poor weather conditions in areas where the giant squash grows. Does this year look better? What type of weather is best for pumpkins anyhow?

Halloween is almost upon us. Every large grocery store has a pile of pumpkins outside ready to be carved up and displayed on your front porch. In a few weeks, you'll be looking down the vegetable isle for canned pumpkin to make pies for Thanksgiving. Right now, everything is pumpkin flavored! You can find pumpkin flavored beers, coffee, ice cream, marshmallows, candy, cream cheese and much more. 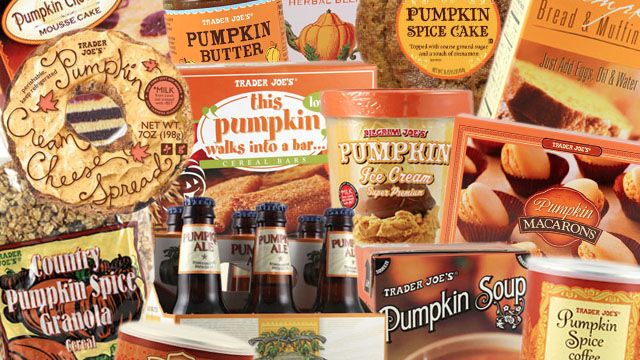 Pumpkins, native to North America, are generally planted in June, after the last frost has passed. There are numerous varieties, some used for pies and others used for jack-o'-lanterns. All are a variation of squash and take around four months to come to maturity.

While pumpkins like water, too much, too early, can cause huge issues. Record summer rainfall nearly destroyed the Illinois pumpkin crop last year. Illinois produces 90% of U.S. grown pumpkins with production at 317.9 million pounds in 2015. And 2015 was a bad year too, as weather caused Libby's to produce only half of their normal amount. For comparison, Illinois produced 745.8 million pounds of pumpkin in 2014.

Below are images of the precipitation that fell during the month of June in 2015 and 2016. Using the SkyWise Insight API, you can see the record rainfall that occurred as areas in white exceeded 15 inches of rain in 2015. Late season rainfall can also be a problem. In 2009, heavy rainfall led to pumpkins rotting in muddy fields because equipment wasn't able to harvest them. 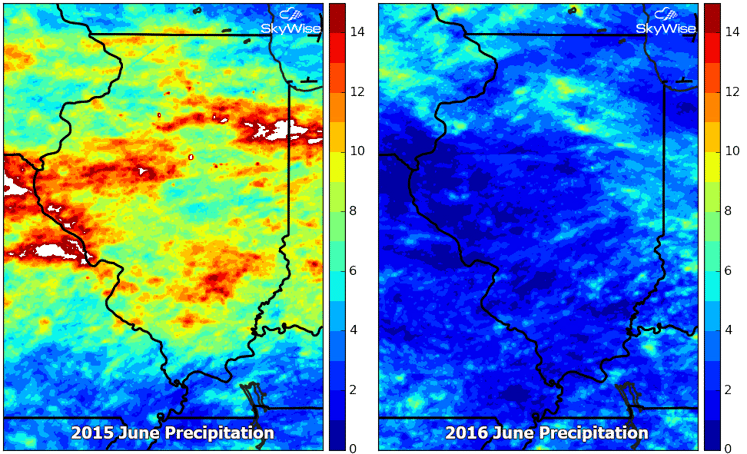 This year looks to be much better than last for pumpkins. Farmers have harvested more than normal yields. So, go ahead and drink that pumpkin ale, order a pumpkin spice latte, carve yourself a jack-o'-lantern and eat some pumpkin pie!