On the heels of Hurricane Harvey, the US braces for impact from a second major hurricane in as many weeks. With Hurricane Irma likely to make an impact somewhere on the Floridian coast, evacuation orders are already being instated with the Florida Keys evacuating all non-residents today. In addition to residents and tourists, Florida is home to many major sports teams including 3 NFL teams, 2 MLB teams, and 7 NCAA football teams that play at the highest level, FBS. Many of these teams are rescheduling or canceling their games for this upcoming weekend. 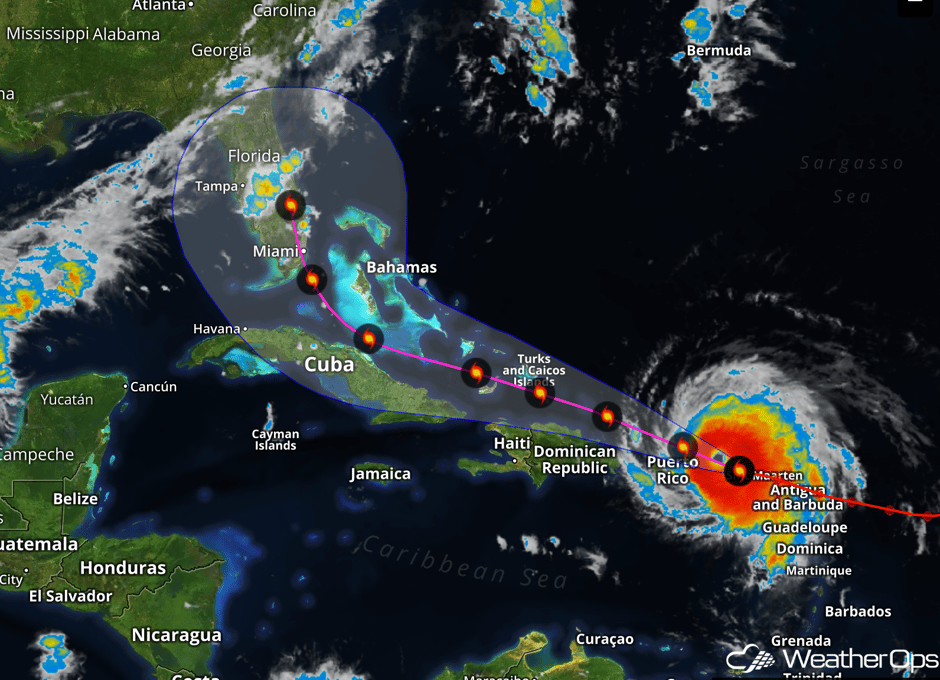 Ultimately these are just games, and while we as fans may be mildly inconvenienced by the changing circumstances around them, the most important thing is the safety of fans, players, and coaches.

Additionally, these games take a lot of resources that will be vital to people in the areas affected by Irma, including police, fire, and medical personnel, having roadways cleared for evacuations and many other things. If you are in the Florida area, remember to pay attention to any directions by emergency officials and to monitor the weather for any changes in the forecast.

Our WeatherOps team of forecasters is monitoring the situation closely. If you need the latest information on Hurricane Irma, download our latest forecast today.